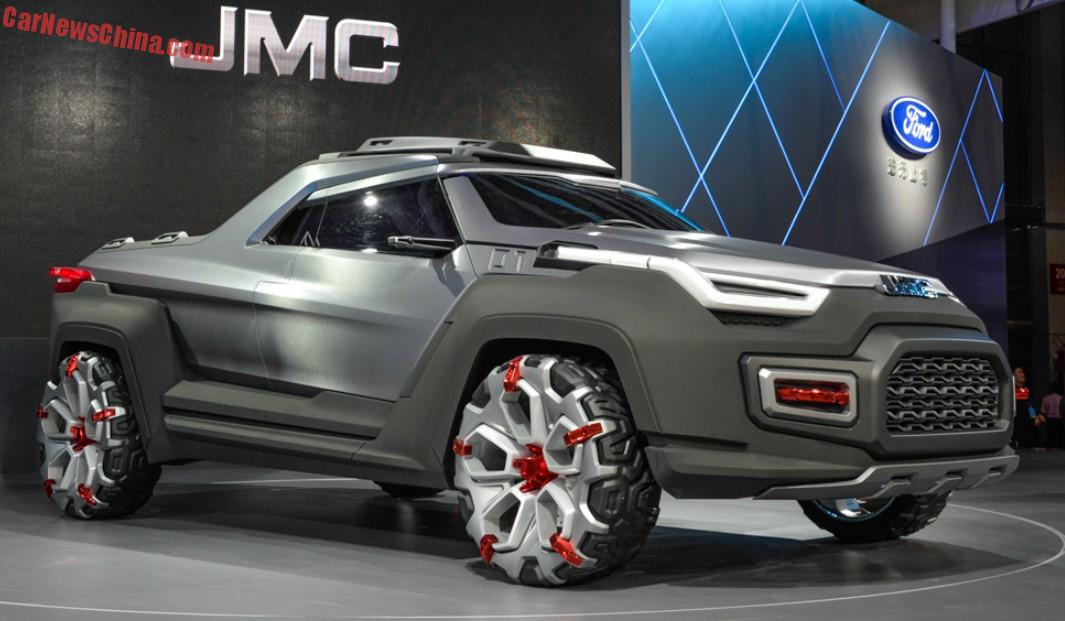 The Yuhu is fat over five meters long and almost two meters high. The two-door cabin seats four. It is purely a design study without an engine. The real thing, if it ever hits the market, surely needs something very powerful! Wheel arches are huge and the wheels themselves are just incredible: 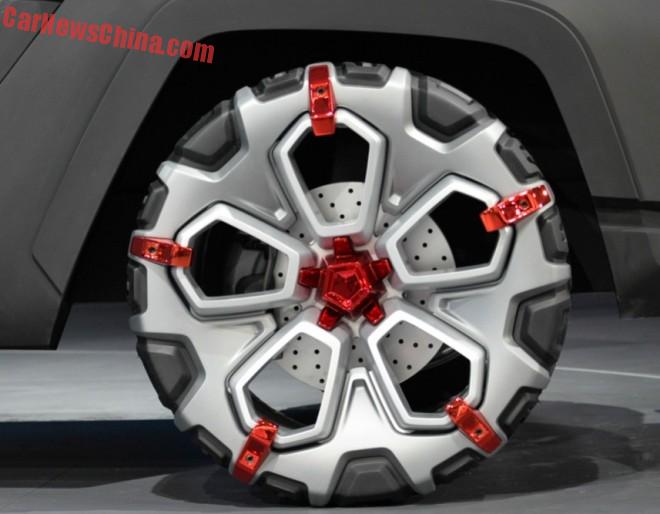 The alloy actually crosses over to the wheels, sure that will make for a comfortable ride. 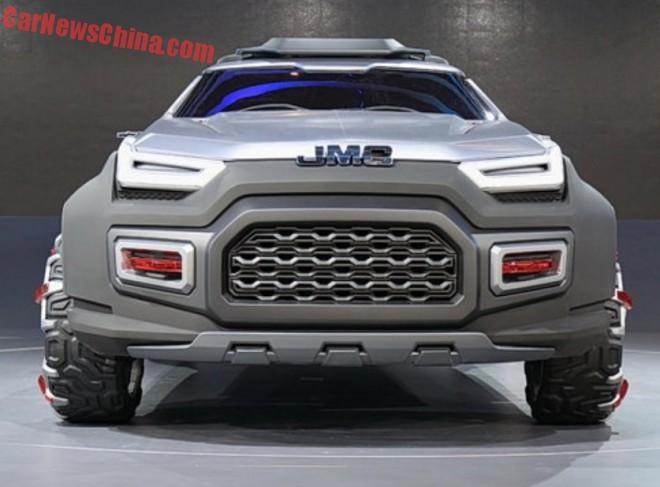 A very angry car this is, ready to kill all those people wining about that Range Rover thingy. Interestingly, back in 2013 JMC also launched a Yuhu-named concept on the Shanghai Auto Show, and they use the name for a series of cheap pickup trucks. Yuhu is best translated as ‘Domestic Tiger’.