First Photos of the Hongqi LS5 SUV on the Road 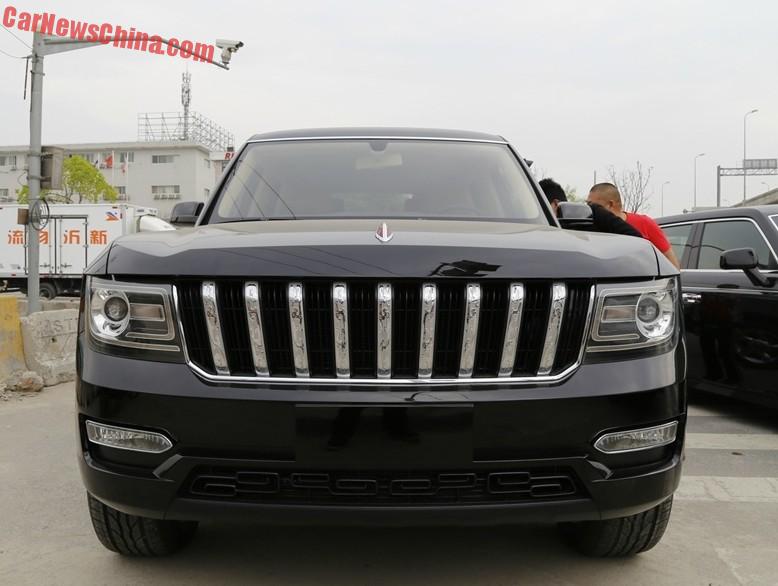 The very first photos of the all-new Hongqi LS5 SUV on the road, parked next to a Hongqi L5 sedan. The Hongqi LS5 debuted in March on the Shanghai Auto Show, and the vehicle of the photos is likely the show car, probably on the road for a photo shoot or such. 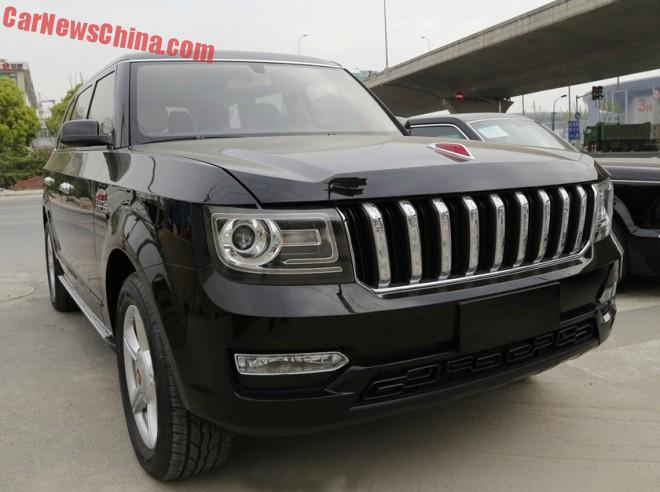 A very boxy design with a mighty impressive grille, topped by the Hongqi ornament on the long black bonnet. The LS5 is the first SUV for the iconic Hongqi brand, owned by First Auto Works (FAW). Hongqi started tinkering about an SUV in 2009 and production was finally confirmed in 2012. 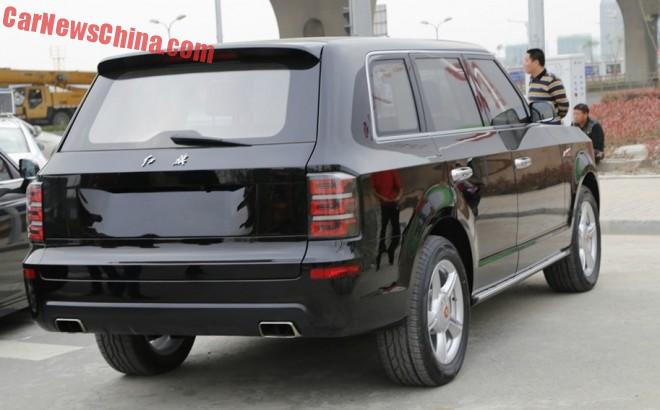 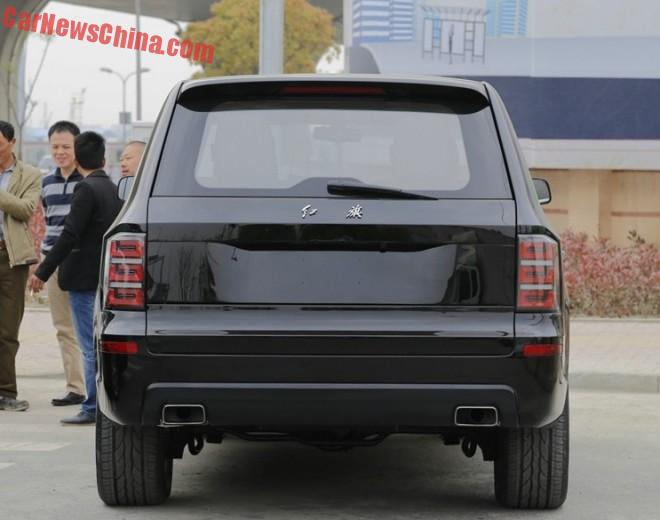 Characters under the wiper write ‘Hongqi’, meaning ‘Red Flag’. Exhaust pipes on the small side.