FAW confirms Hongqi SUV is coming in 2014, Besturn in Trouble 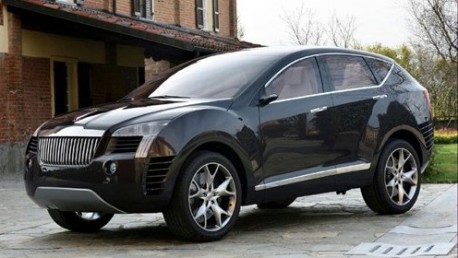 Chinese media say FAW has confirmed the Hongqi (Red Flag) SUV will hit the Chinese auto market in 2014. FAW first showed a Hongqi SUV concept on the 2009 Shanghai Auto Show. Media say FAW will invest some money in the project, a big-sounding amount of 1 billion yuan, which is really only 163.68 million USD. How can they get it so cheap?

Because the new SUV will be based on the Toyota Landcruiser that is made by the FAW-Toyota joint venture, just like the new Hongqi H7 is based on the Toyota Crown. If that is the example, FAW won’t do much more than change the front and back a bit, glue on some Hongqi-logo’s and there you go…

An article today in ChinaDaily also tells the story if big trouble at FAW’s Besturn brand. Sales of the FAW-Besturn B50 were down 44% over the first three quarters of the year to 37.700 vehicles. The Besturn B70 did even worse, sales were down 47.8% to only 11.600 vehicles, in nine months, that is. No number yet on the new Besturn B90.

The article further mentions: “(the) newly launched brand Oley has not brought a pickup in sales.” Well, there is only one Oley so far, called the Oley, and it loox horrible. ChinaDaily then quotes ‘analysts’: “…said that the main reasons behind the sales slump are the fact that FAW has not rolled out new models continuously, and that it lacks technological innovations.”

The analysts are very right. FAW makes not-too-pretty cars based on all kinds of different vehicles from their various joint ventures, and those are seldom the newest cars themselves. The Besturn B70 for example, is based on the old Mazda 6 that is still in production in China. Both the B50 and B70 will get a facelift next year, but the old underpinnings won’t change. To turn things around FAW needs to invest at least a billion USD, for a start, but it seems there is no will to do so.

The while ChinaDaily article:

FAW Group Corp said it will invest 1.03 billion yuan ($163.68 million) to develop a high-end multi-purpose vehicle, or MPV, in a bid to catch up with competitors in that market, the National Business Daily reported on Thursday.

FAW has already invested 5.2 billion yuan in the revival of its brand Redflag this year, and has said it plans to invest 4.35 billion yuan in new-energy technology projects.

Industry insiders said that, along with the slowdown of its profits, the large investments are likely to bring financial pressure in the next few years. They added that the company’s sluggish performance will also affect its plans to go public.

FAW said on Oct 30 that its income slid 29.54 percent year-on-year to 18.13 billion yuan in the first three quarters, and that it registered a 311 million yuan net loss for the same period.

Domestic brands are facing greater challenges in the increasingly competitive Chinese auto market due to the economic slowdown and weak demand, the company said at the time.

Analysts said that the main reasons behind the sales slump are the fact that FAW has not rolled out new models continuously, and that it lacks technological innovations.

In addition, its newly launched brand Oley has not brought a pickup in sales.