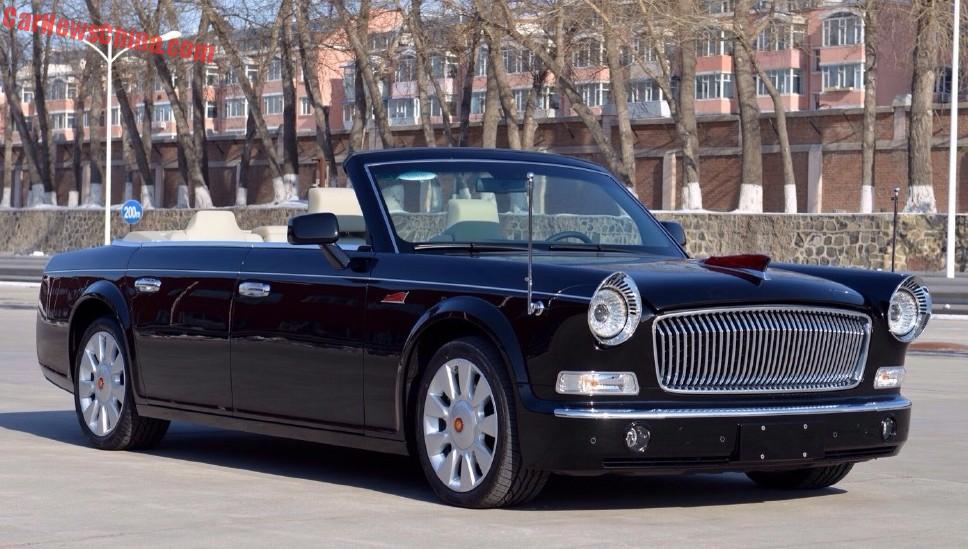 We have received a flock of new photos on the extremely beautiful Hongqi L5 Parade Car, a very special vehicle that debuted on the world stage during the Victory Day parade in Minsk on May 9. The new photos were taken in China over the winter, before delivery to Belarus. 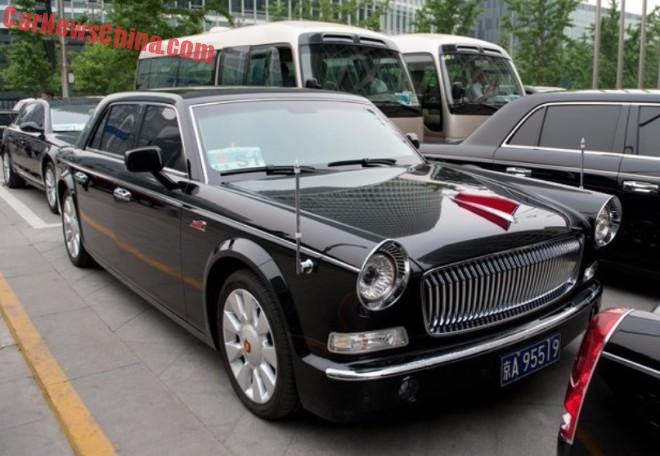 The Hongqi L5 parade car is a four-door cabriolet, basically a Hongqi L5 without a roof. 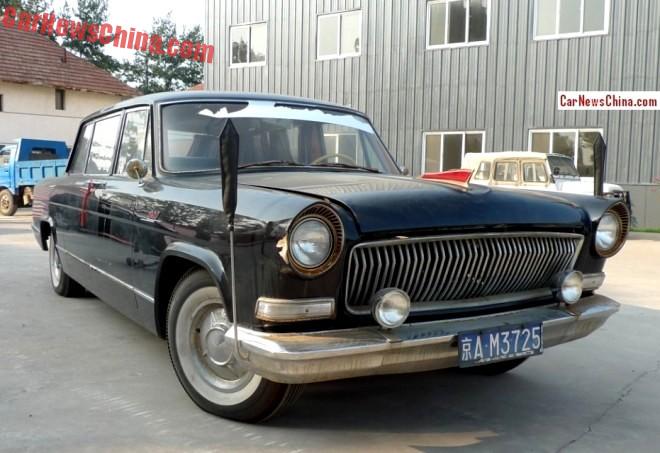 The retro design of the Hongqi L-Series is inspired by the famous Hongqi CA770, seen here in front of the Beijing Classic Car Museum. 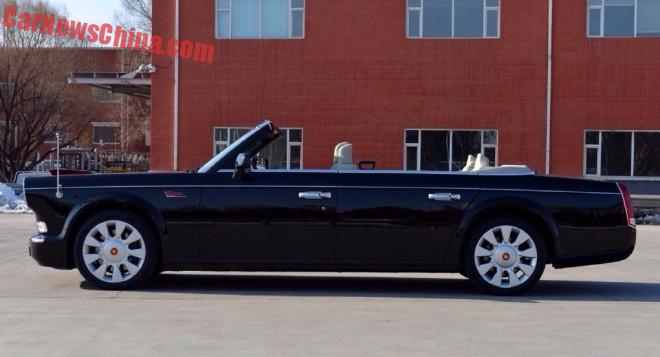 The two parade cars were a gift from the Chinese Ministry of Defense to the Belarus Ministry of Defense, the vehicles were officially handed over on April 8. China and Belarus have become very good friends, Chinese president Xi Jinping arrived in Minsk on May 10 to close deals worth 16 billion USD. Only these two examples of the L5 Parade Car have been manufactured up until now, but we surely expect Hongqi to make more for other important country-friends in the near future.

The L5 state limousine for comparison. 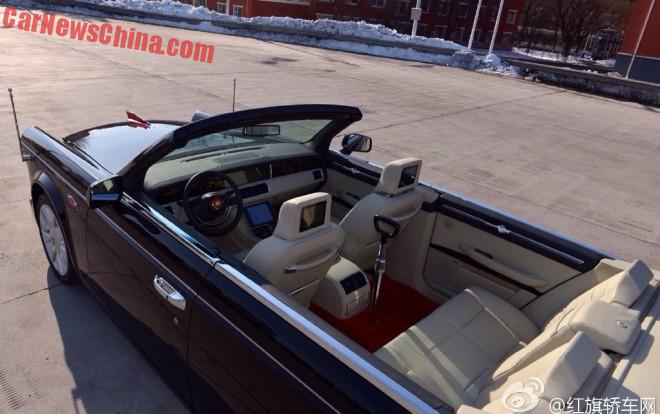 A well-crafted interior with loads of beige leather, rose wood, and red carpets. Most distinguishing feature however is the unique stick and handle bar in front of the rear bench. The person parading holds the handle with one hand, while saluting or waving with the other. The stick and handle are a novelty, earlier open-top parade cars used a horizontal handlebar, which seems a much safer solution. 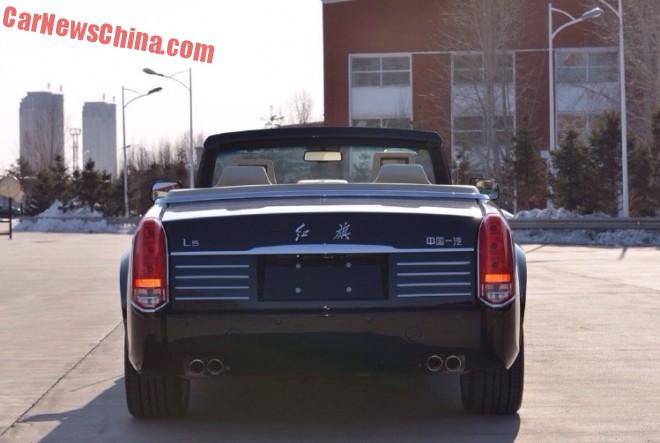 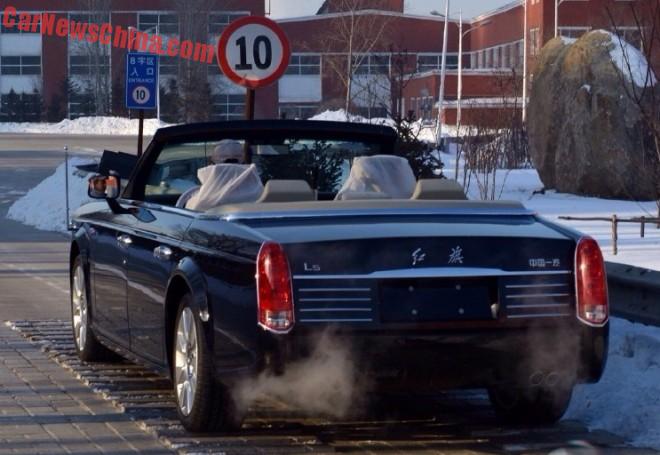 Firing up the V12. The vehicle is seen near the Hongqi factory in the great city of Changcun, capital of Jilin Province in northeast China. 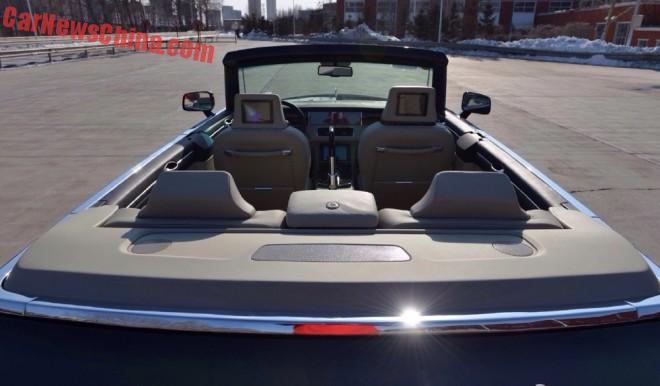 Temperature in Jilin can go down to -25 Celsius in winter; no fun in an all-open parade car.

Hongqi staff surrounding The L5 inside the factory. 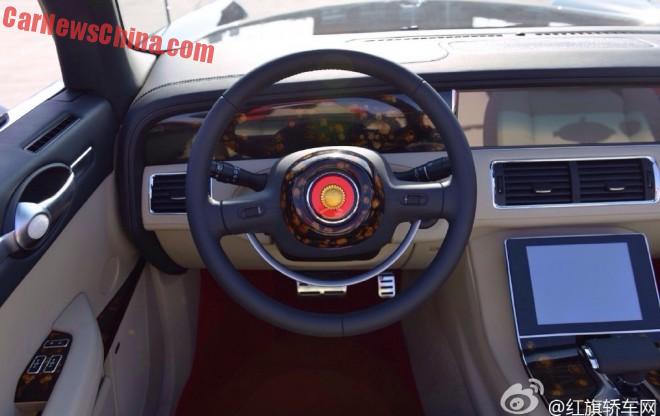 Steering wheel with sunflower is a reference to the CA770. There are no instruments in front of the steering wheel. All dials are fully digital, and located in the upper part of the center console: 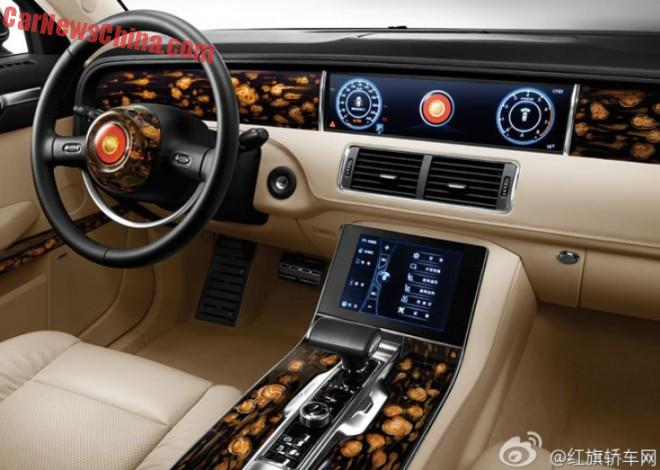 Factory photo of the L5 sedan. The panel looks very good, with the rev counter closer to the passenger than to the driver. Lower touch screen really stylish, rose wood a work of art, but simple keyhole a bit of a letdown. 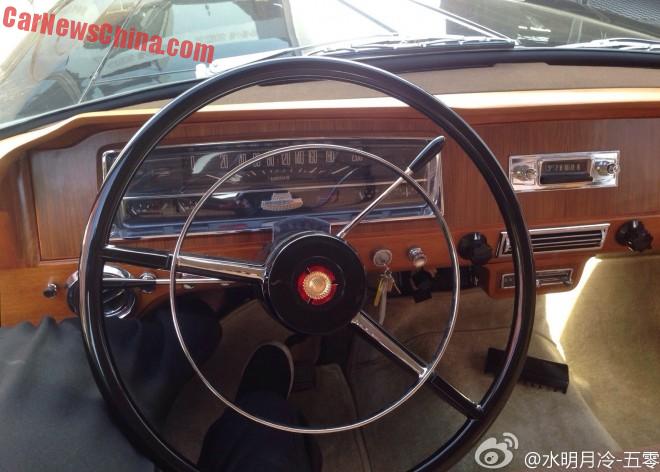 The steering wheel of the CA770 for comparison. 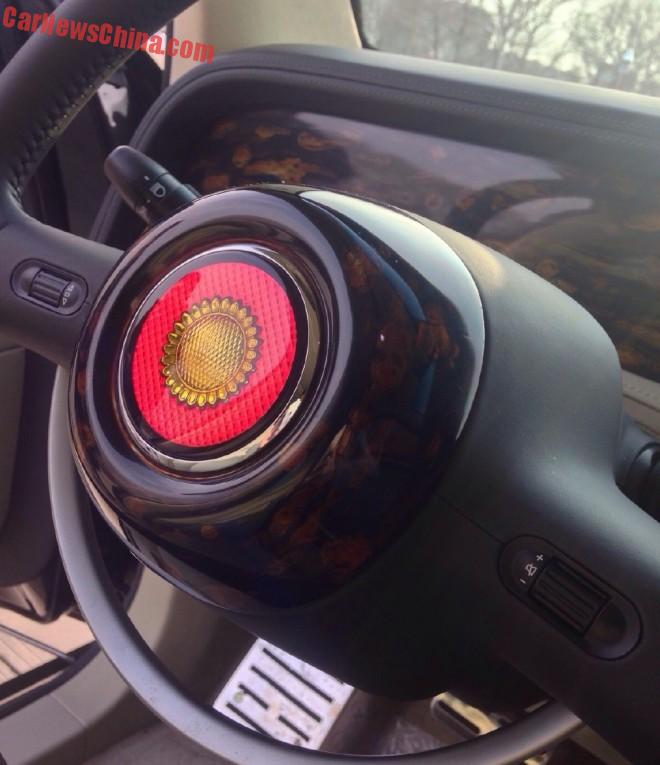 Inside the L5 Parade Car. 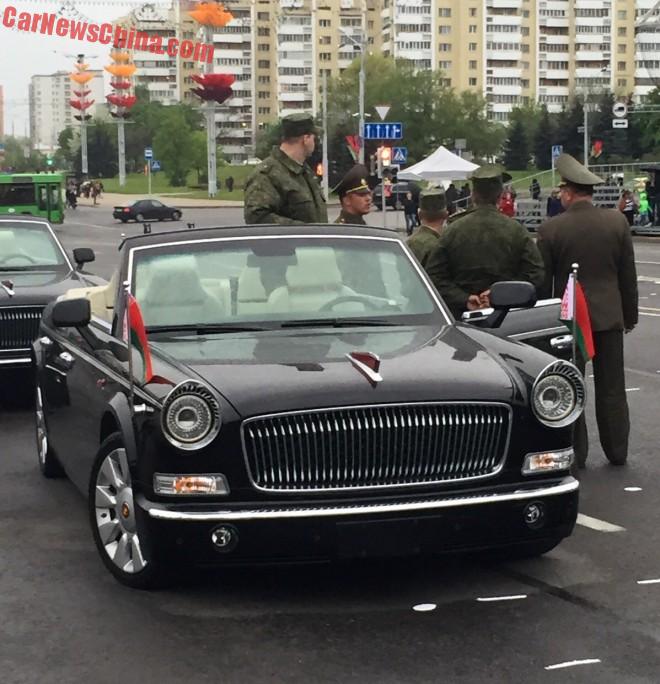 One more from Belarus, with army men guarding the L5 before the start of the parade.