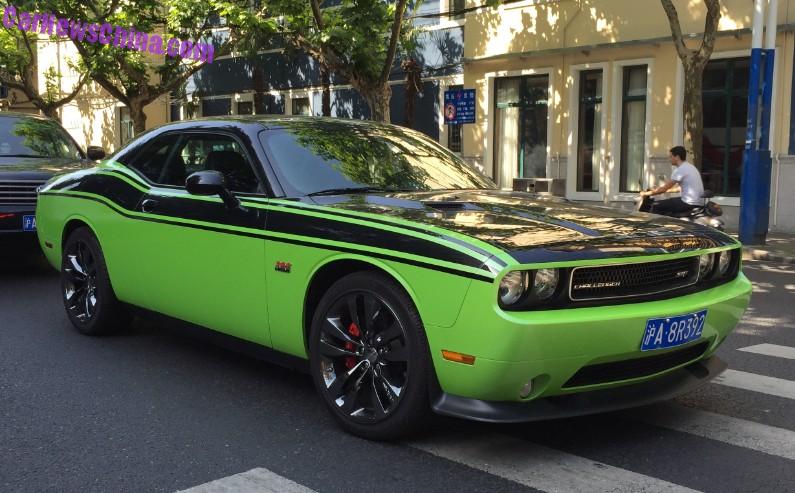 A very flashy Dodge Challenger SRT8 392, Spotted in China in the great city of Shanghai by Reader Antoine Chalendard, thank you for the pictures! The mad ‘Merican coupe is painted in froggy green and black, and further Dodged up with black mirrors, darkened windows, and sporty twin-five matte gray alloys with red brake calipers. 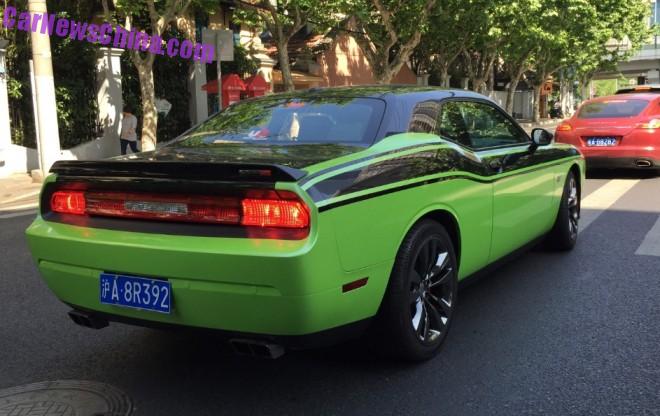 Extra large wing on the back, but do you really need more down force with a curb weight of 1887 kilo?

The Dodge Challenger is not officially imported into China, just like the Viper, but quite some arrive via the gray market, mostly from dealers on the U.S. West Coast. Current price of the base car hovers around the 600.000 yuan or 96.000 USD. Price in the U.S. starts at… 26.995. That indeed, is a healthy markup! 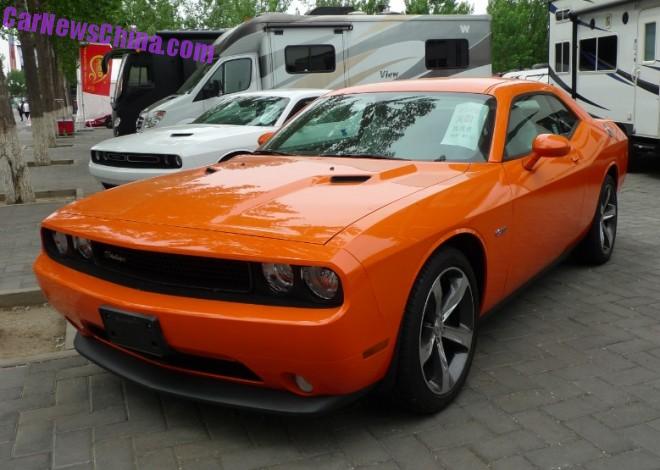 I met two fine Challengers on the recent FB-Show in Beijing. First up an orange 100th Anniversary Edition. Delivery miles, for 750.000 yuan. 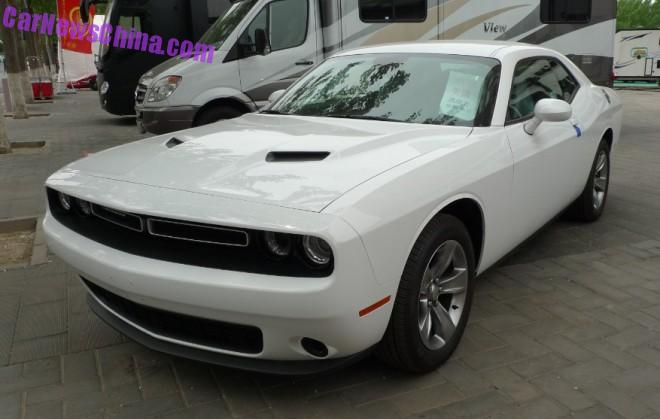 Lotta money, but good car. May there be more V8 engines to roar this country!