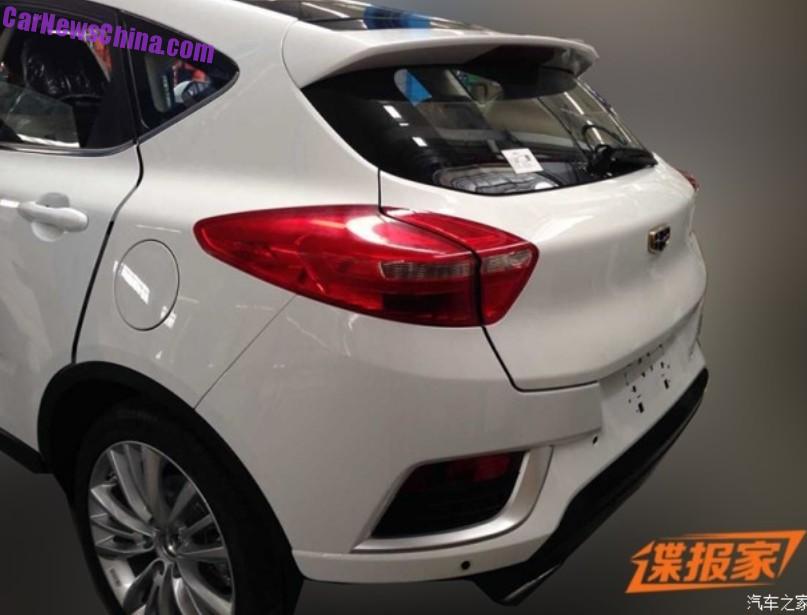 The best Spy Shots so far of the rear of the upcoming new Geely Emgrand Cross, showing a roof-wide black sunroof, a sporty wing, gigantic taillights, and flashy chrome hook-like ornaments in the bumper. The Geely Emgrand Cross is a new compact hatchback for China, it will be launched on the Chinese car market in Q4.

This is likely a cheaper version without the sunroof. Square shaped exhaust pipe tips low in the bumper. 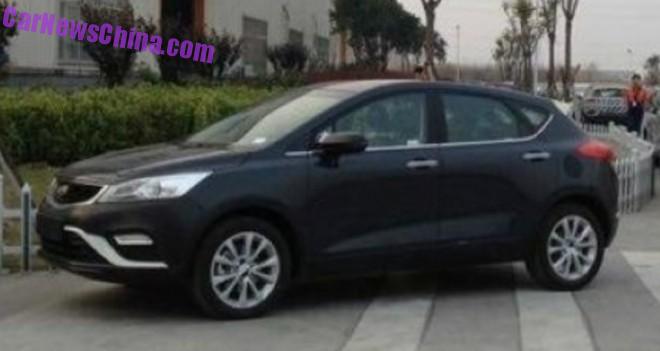 Earlier spy shot of the front of the vehicle, with huge chromed handlebars in the bumper. 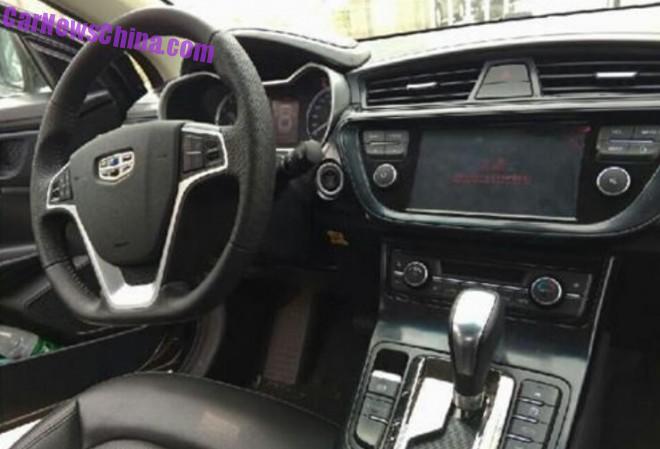 Dash of the expensive variant, with an auto-box, large touch screen and an automatic parking brake. 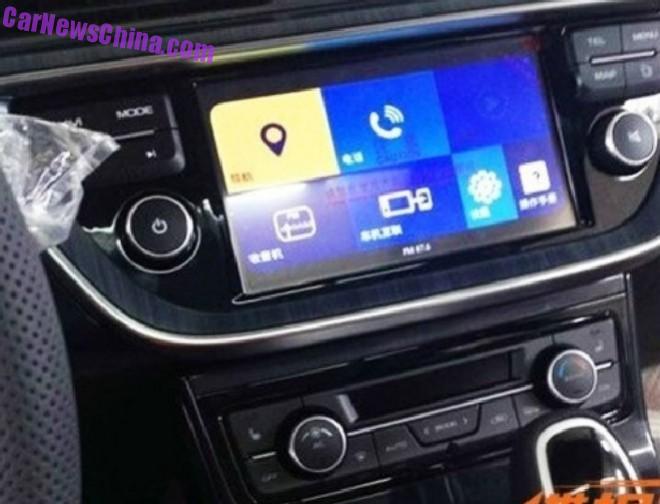 The screen in action. Let’s hope it integrates nicely with a phone. 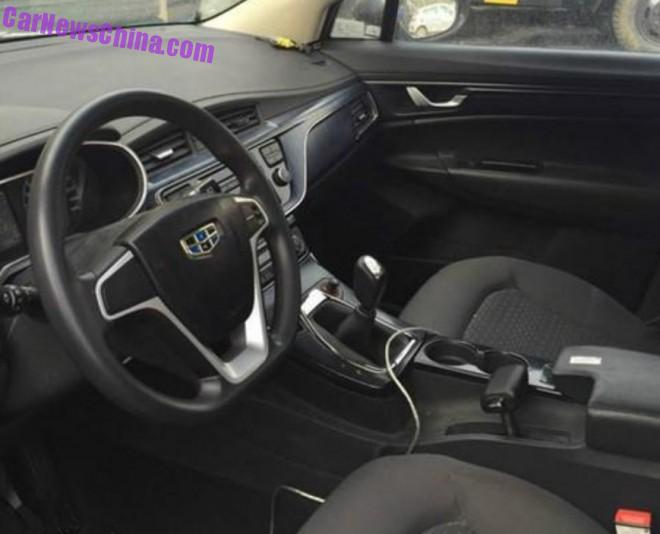 Cheap variant with a manual, an odd-looking manual parking brake, and without any touch screen.

Wheels a tad on the small side, but otherwise a sharp looking little hatch. And a sedan version will join the line-up in 2016.