This is the 2016 Ford Taurus for the Chinese auto market 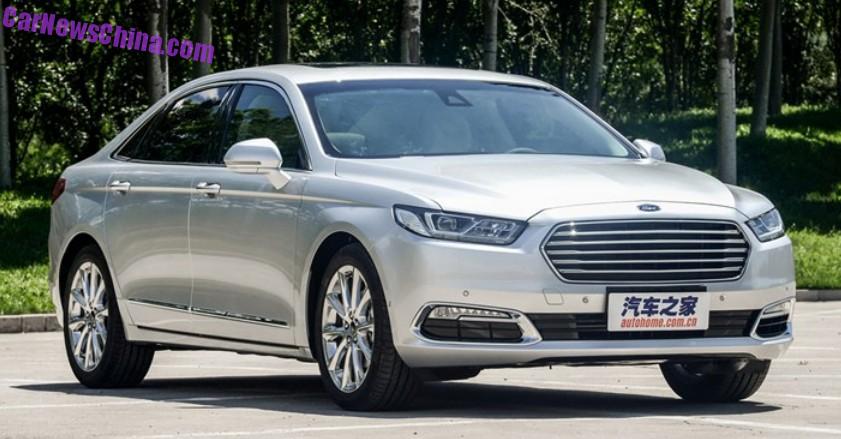 This is the brand new 2016 Ford Taurus for China, featuring a shiny chromed grille and mean looking headlights. The new Ford Taurus debuted in April on the Shanghai Auto Show, and it will be launched on the Chinese car market in September. 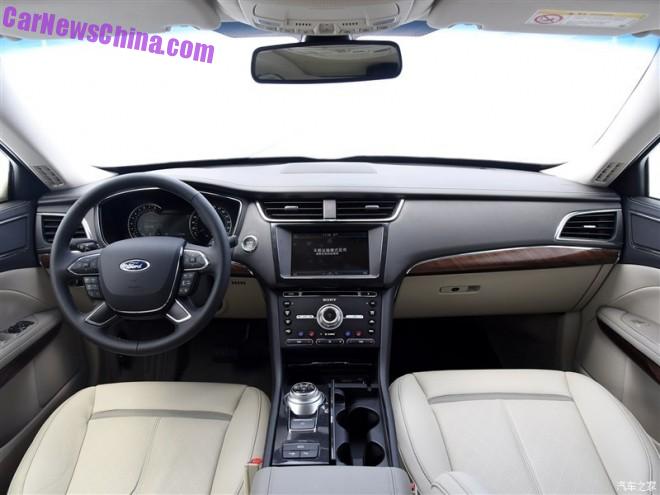 A neat interior with a tad too much gray, dressed up with some wood on dash in cream white leather seats. Steering wheels looks more Focus than Taurus. Start button on the left of the screen. 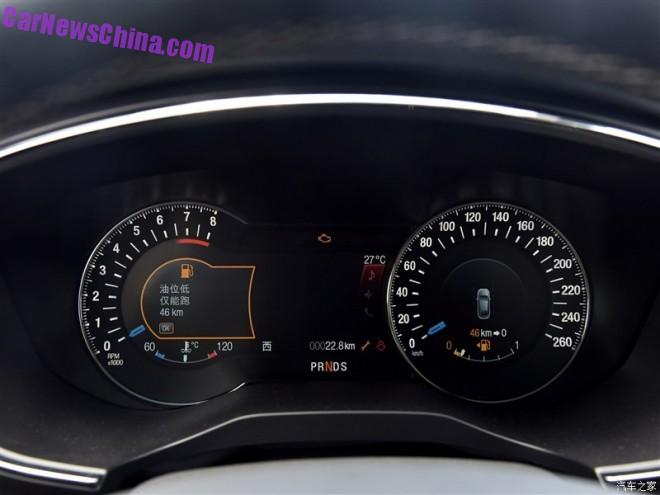 Analogue dials with digital displays inside. Revs to 6500. 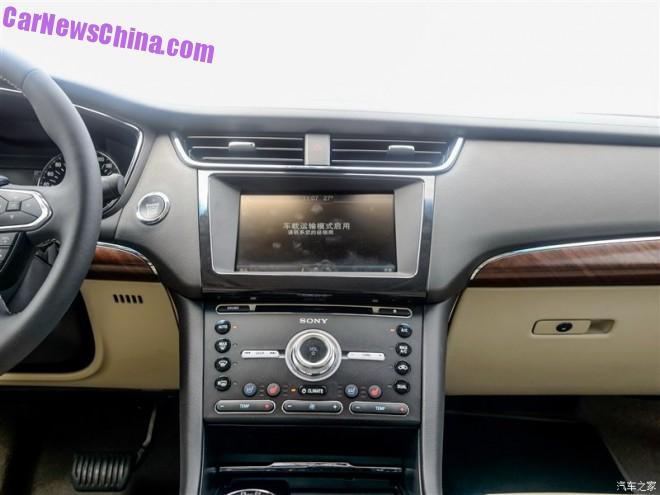 Interestingly, the Taurus comes with a standard CD player, while we are really living in 2015 now, the time of iPhones, Bluetooth, and streaming things. Nobody has compact discs anymore, and certainly not the younger generation of Chinese car buyers. They all wireless kids you know! Even more interestingly, said CD player is clearly marked as a Sony, as if Ford wants to show off with the troubled Japanese brand. Weird stuff. 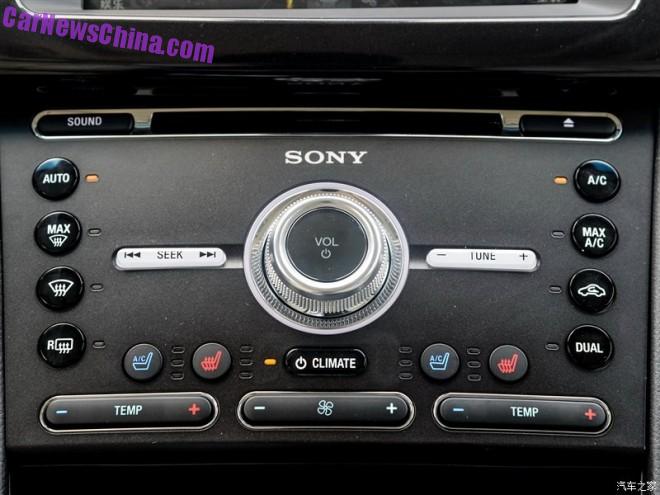 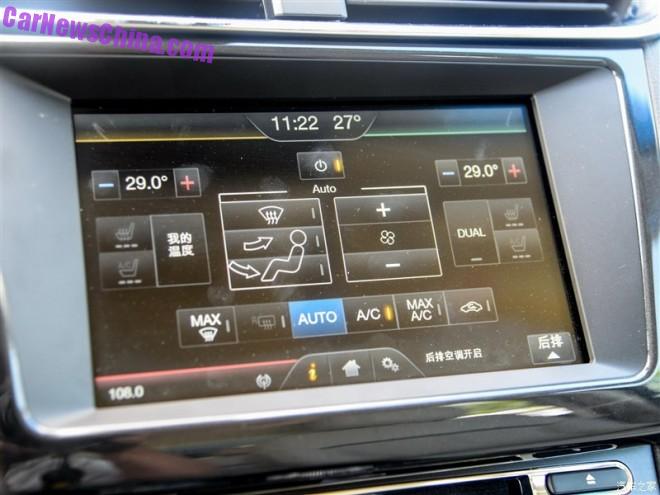 The 10.1 inch screen is still covered here by the protective plastic sheet so we can’t say for sure how clear it is. The photo shows the temperature selectors for the dual-zone climate control, on the top-left and the top-right of the screen.

Interestingly, these very same temperatures can also be controlled by the mentioned non-shiny black oval selector buttons on the mentioned messy panel. So passengers can choose how to control their climate (?!). Fuzzily, the text on the screen is partly in Chinese and partly in English, making for yet another messy look. 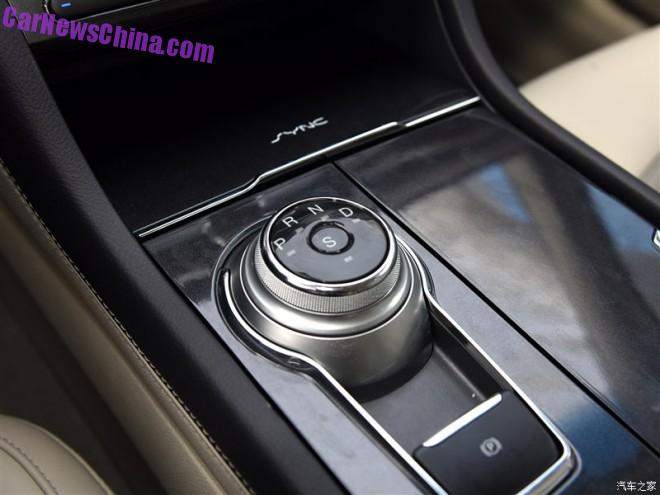 The gear selector looks cool, but it is positioned almost dangerously close to the electronic parking brake. 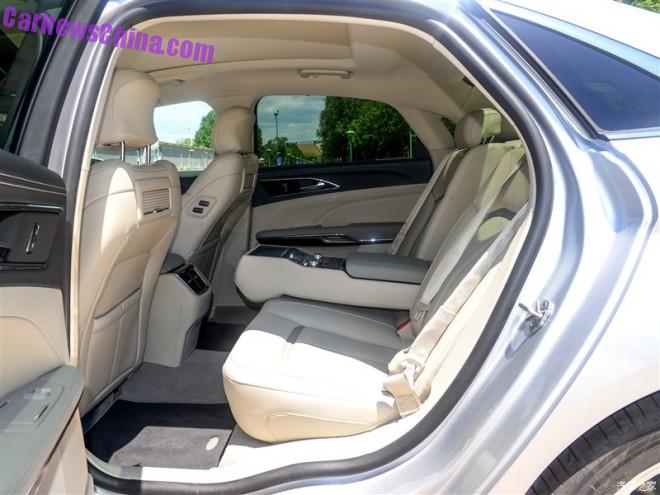 But all that matters only for the chauffeur as the owner will sit mostly in the back, where he finds lots of space for the legs and head, more leather, some chrome and wood, flimsy floor mats, a compartment in the seat in front of him, and a huge control panel integrated in the arm rest. 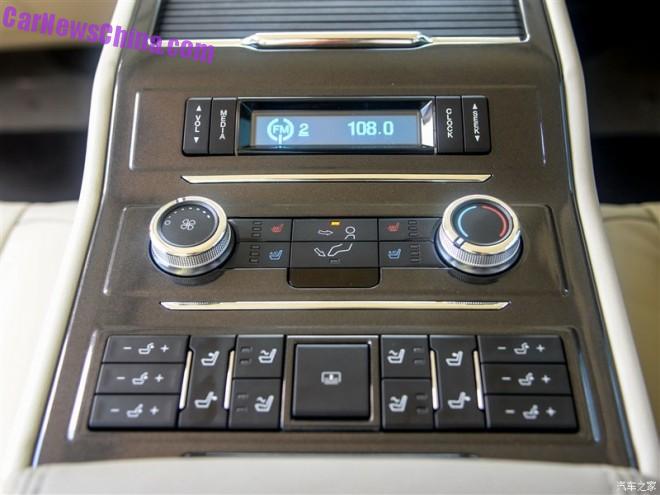 The panel controls the dual zoned aircon, again, the seats, and the radio. But not, it seems, the CD player. 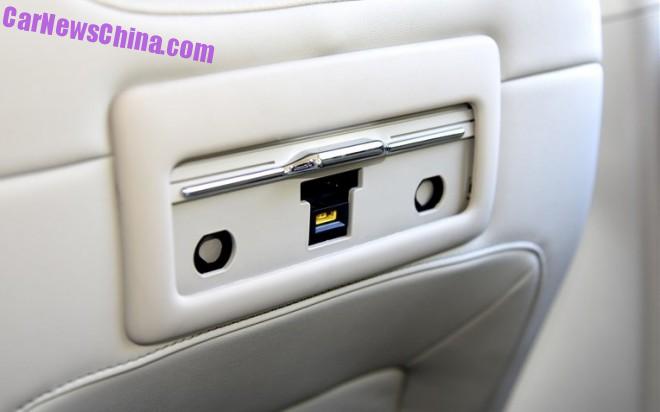 The compartment hides a USB charger, and nothing else really.

The rear is arguably the best looking part of the vehicle, especially from 3/4 behind. And we really love the subtle but racy spoiler on the boot lid. 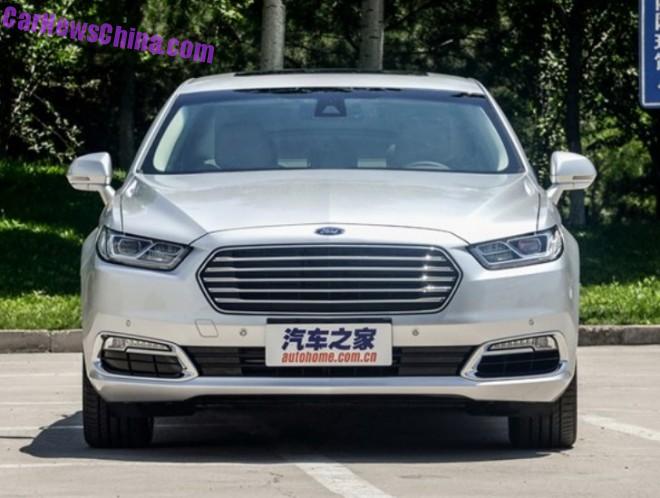 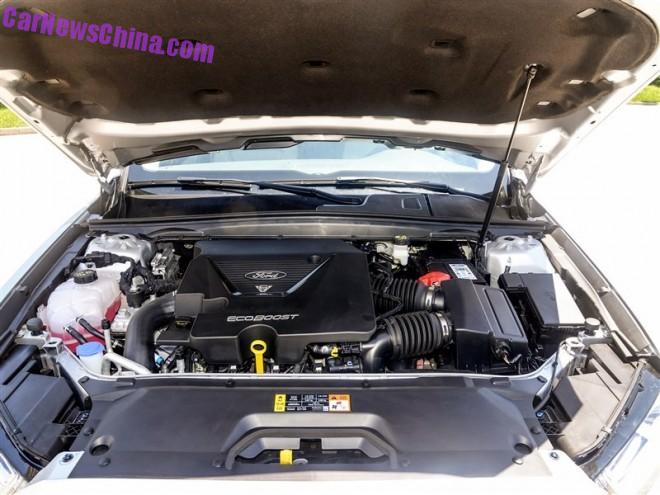 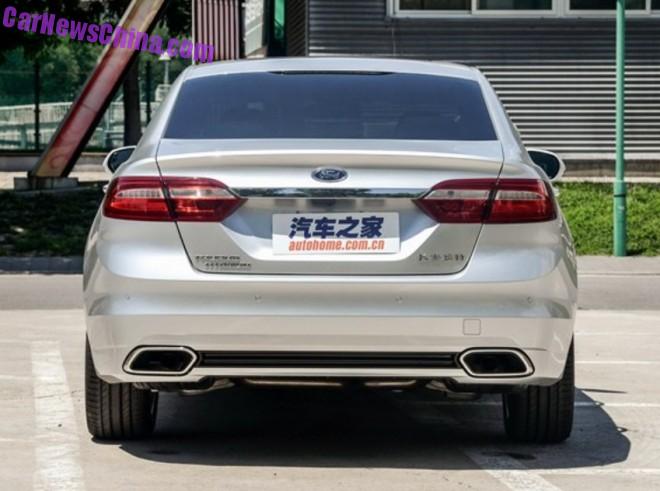 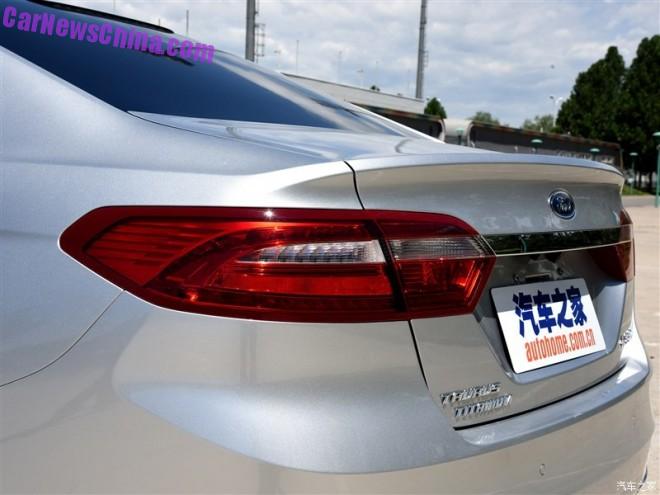 But we end with that spoiler. Absolutely brilliant.