Volkswagen C Coupe GTE will launch in China in December 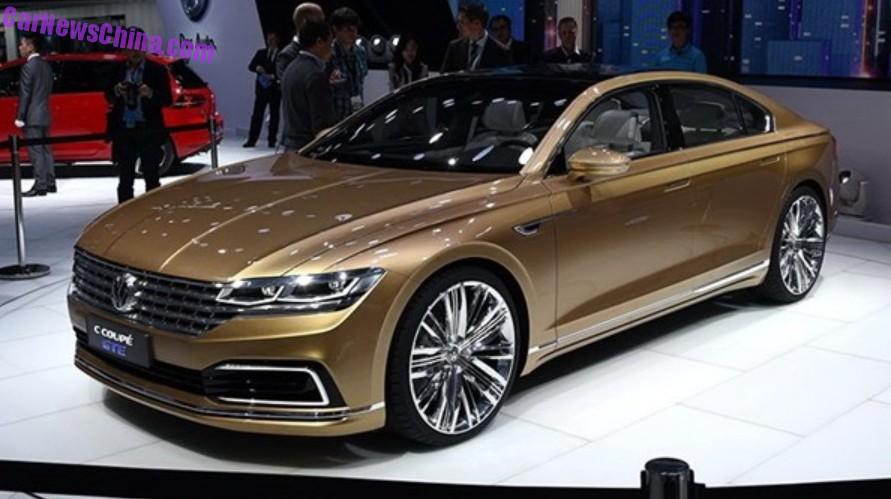 The production version of the Volkswagen C Coupe GTE will be launched on the Chinese car market in December. The C Coupe GTE debuted in concept form on the Shanghai Auto Show in April. It will be positioned between the Volkswagen Passat/Megotan and the upcoming all-new Volkswagen Phaeton.

The C Coupe GTE, which will likely called ‘GTE’ when it hits the market, will be manufactured in China by the Shanghai-Volkswagen joint venture. It will be a China-only car, just like the recently launched Volkswagen Lamando. 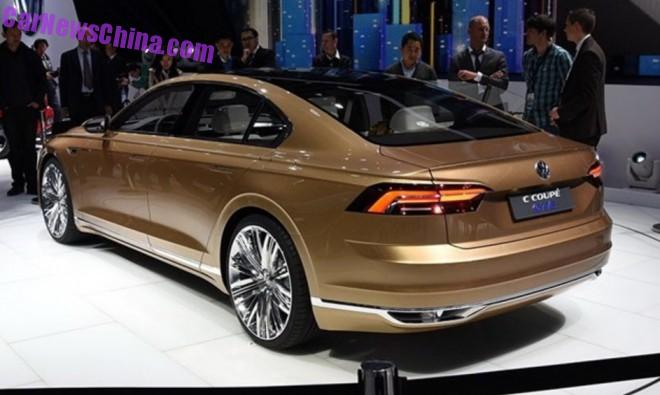 The C Coupe GTE is based on the Volkswagen ‘MLB 2’ platform that also underpins the new Audi Q7, and will underpin the new Audi A8. The concept was ‘powered’ by a fancy hybrid powertrain, but the real thing will get horses from a 2.0 TSI or a 3.0 TSI V6, both mated to an eight-speed DCT.