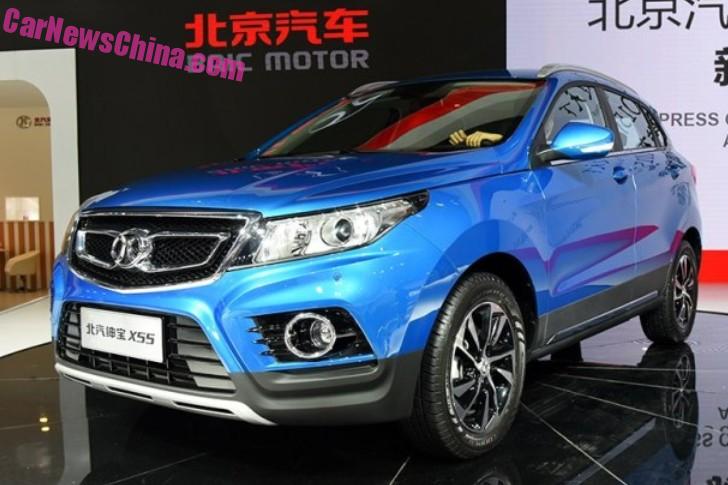 The new Beijing Auto Senova X55 SUV has been unveiled on the Guangzhou Auto Show in China. The Senova X55 is yet another compact SUV in the ever expanding Senova range. It will be launched on the Chinese car market in January 2016, and price will range from 80.000 yuan to 130.000 yuan.

Design is trendy and clean with some crossover touches. Wheels could be a little bit bigger, but the alloys look speedy. Roof rails don’t appear to be very useful. Spoiler on the back for sporty.

The X55 will be positioned above the upcoming Senova X35 and under the Senova X65. It will be available with two Mitsubishi-sourced four-cylinder petrol engines: a  1.5 with 113hp and 147nm mated to a 5-speed manual, and a 150hp 1.5 turbo mated to a six-speed manual or a CVT. FWD only. 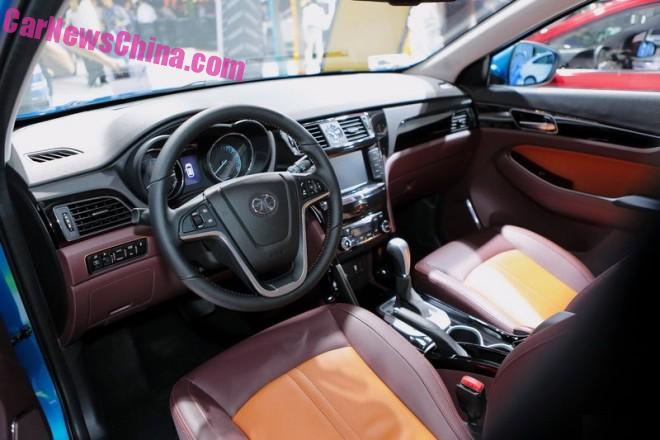 Interior looks hip but black steering wheel mismatches with the color scheme. Seats in orange and dark red. Dials are half digital half analogue. 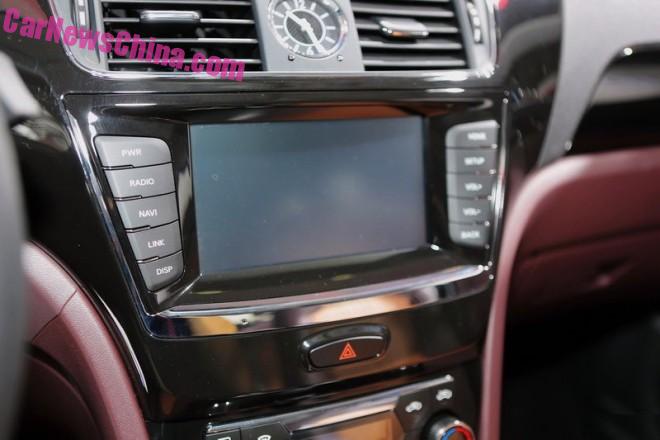 Touch screen is just big enough for 2016. Center stack looks a bit too shiny here but the analogue clock is a thing of cool. 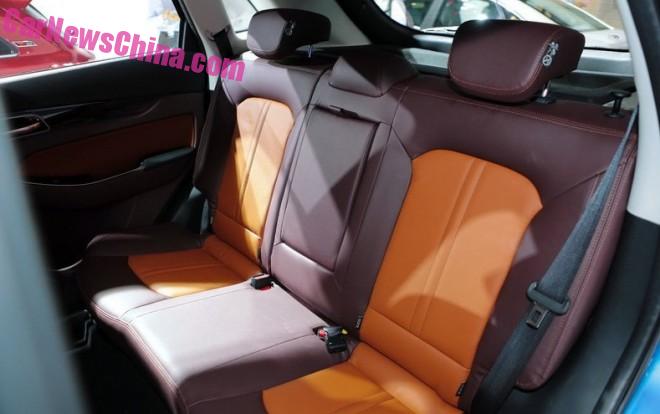 Orange red theme continues in the back, with enough space for three. 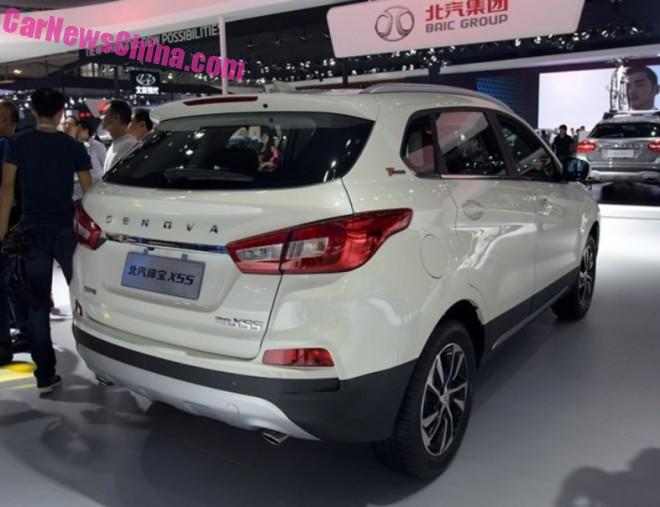 They also had a white one on the booth. Taillights are a tad too big to be trendy, connected by an absolute trendy chrome strip. Lower part of the bumper = skid pad with tiny tiny exhaust pipes underneath. 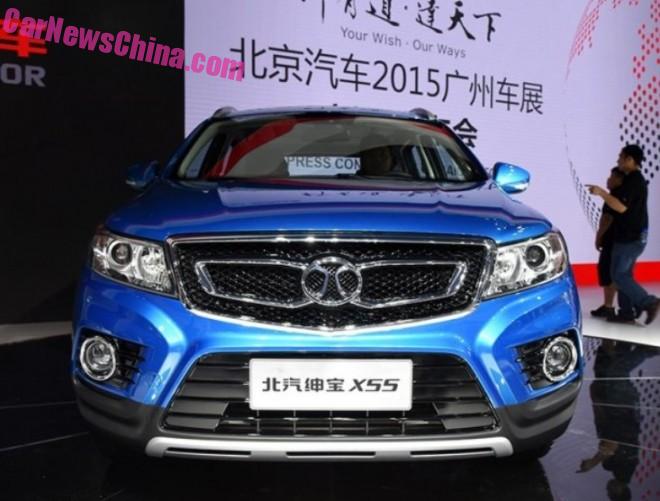 A bit busy at the front. Senova logo in the center of the grille, flanked by shiny chrome. 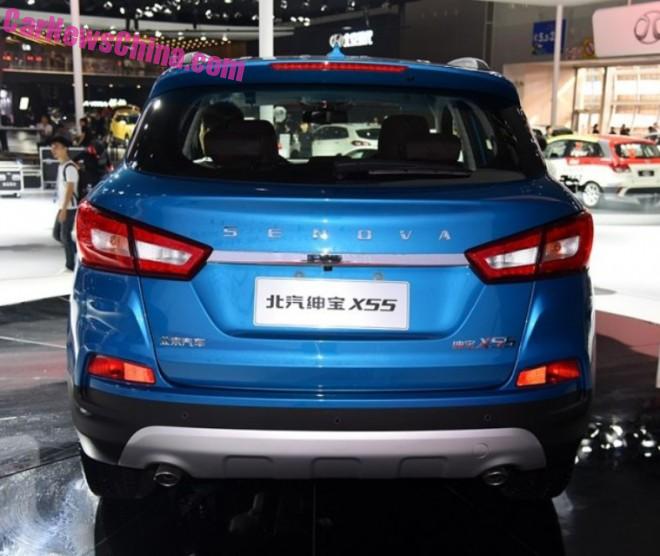 Check those pipes, they are almost invisible.