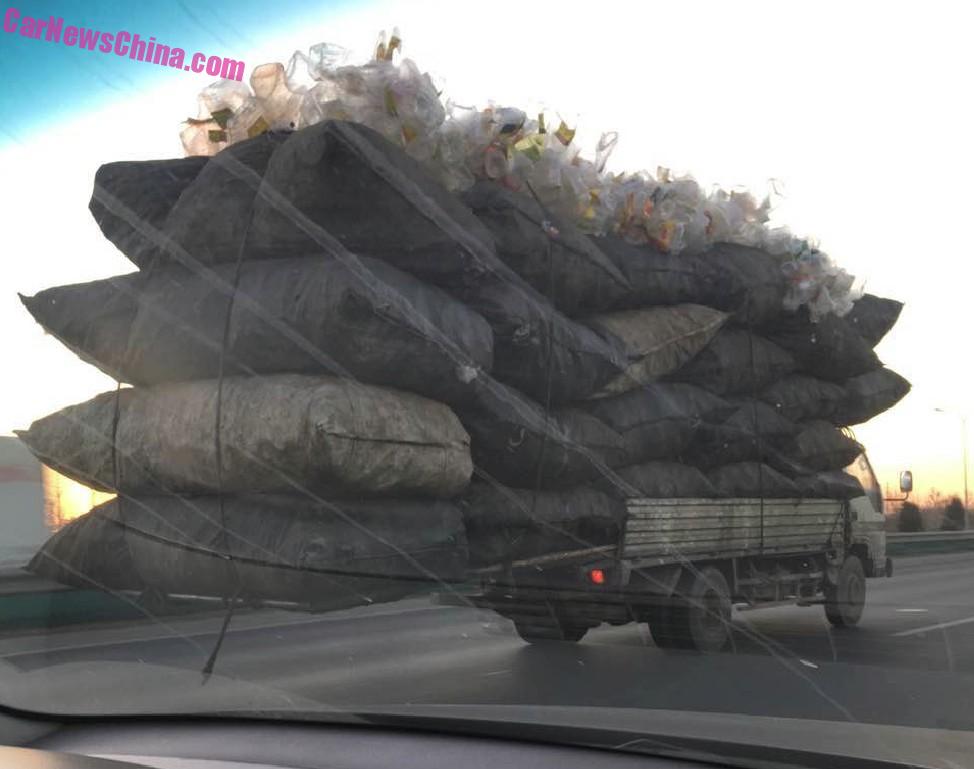 A slightly overloaded truck, Spotted in China on the southern section of the Fourth Ring Road in Beijing by Reader Lao Wei, thank you for the pictures! The truck is transporting empty plastic bottles and boxes, most are packed in big sacks, and is on its way to a recycling facility further out of town. 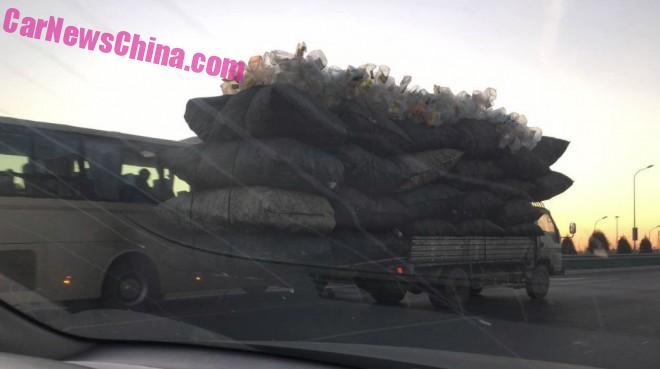 Recycling of course is very good. But doing it like this is very dangerous. But not that the penguins care. But the passengers in the bus might care, if a sudden wind blows the truck against the bus, causing a crash, and hurting them. 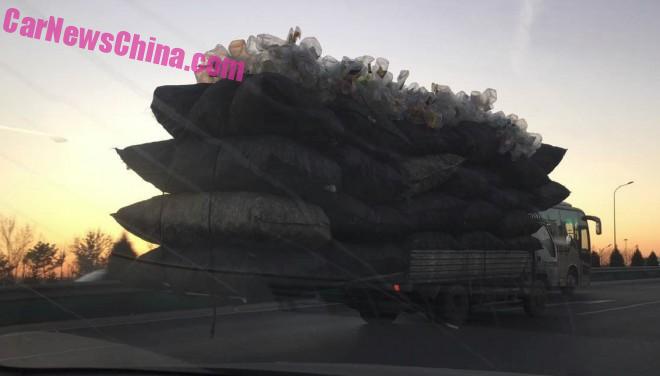 The truck is overloaded to the absolute max. At least two meters too high, one too wide, and four too long. The construction at the rare is especially interesting. There seems to be a simple metal frame, with the sacks dropped on top of it, and with said sacks tied to each other for some extra stability. There are no lights or warning signs; this is China, we don’t need all that! 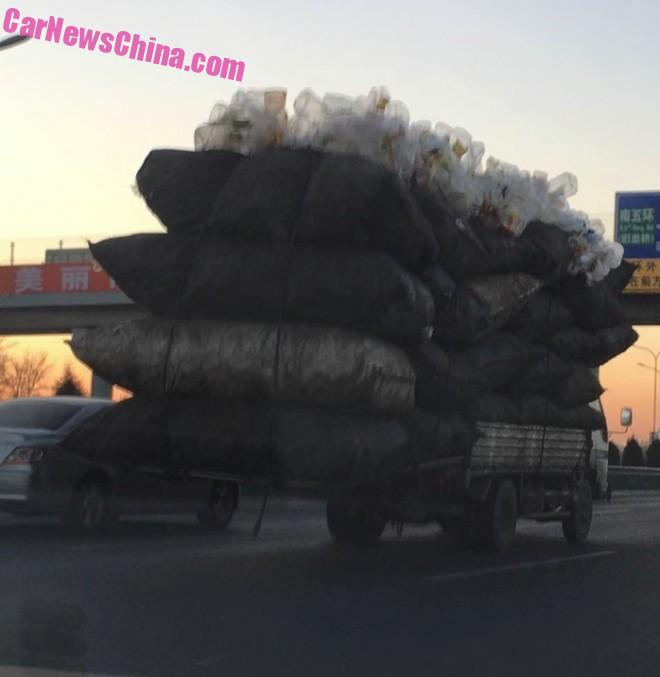 Officially, transporting goods for recycling in this way is not allowed in China, but in reality nobody really cares, especially in the wild lands still surrounding large parts of the South Four.