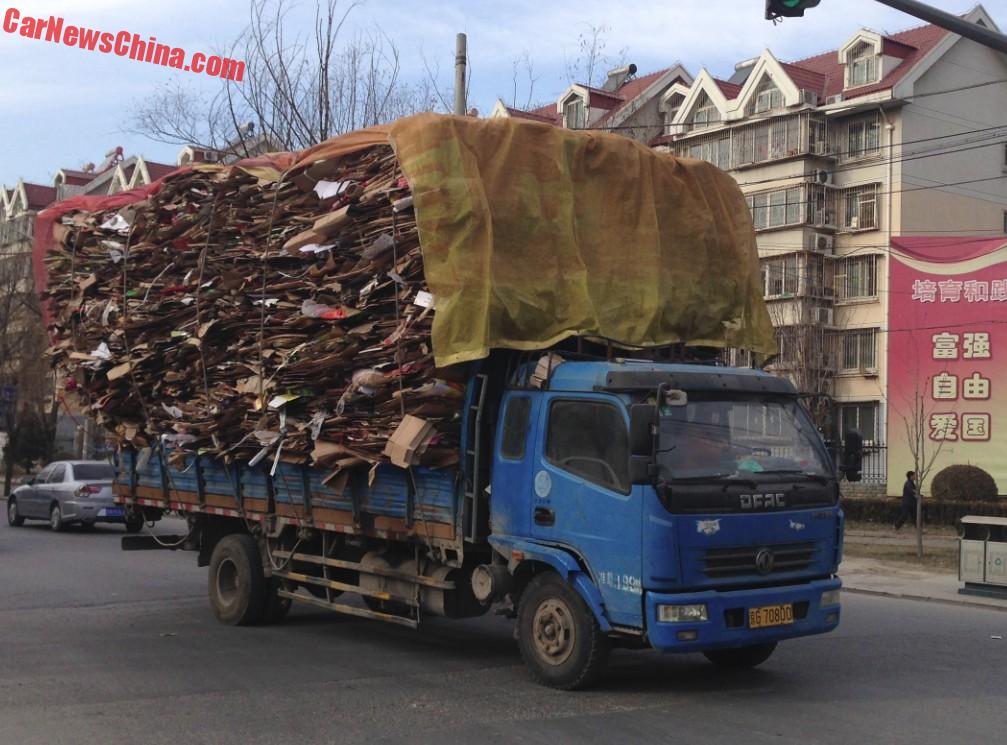 A slightly overloaded truck, Spotted in China just outside the Fifth Ring Road in Beijing. The truck is transporting used carton boxes for recycling. The load is about half a meter too wide on each side, about two meters too high, and 30 centimeter to one meter too long at the rear: 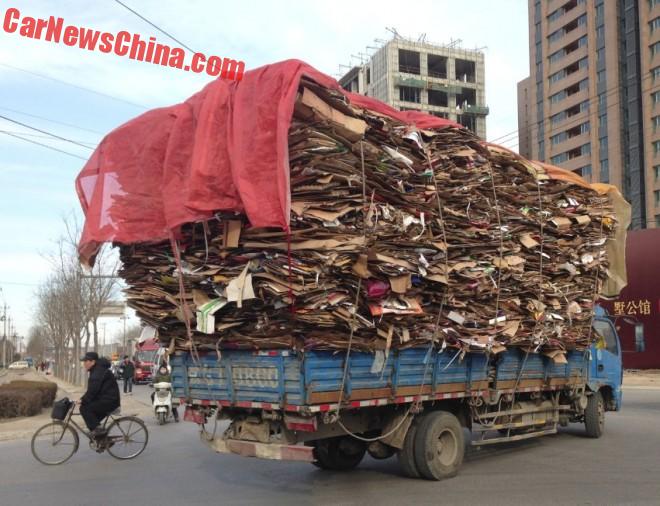 The truck took a left a few meters from where I was standing. Man on bicycle got away just in time. The whole load is tied together with a few flimsy ropes and two cover sheets, one in red and one in yellow. Happily for the driver and his business it wasn’t very windy that day. 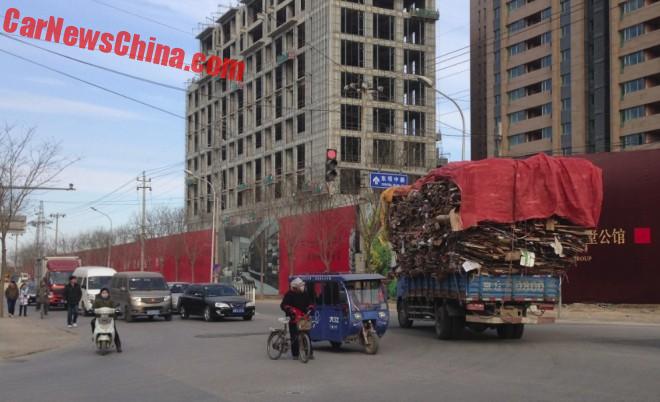 Officially, transporting goods for recycling in this dangerous way is not allowed in China, but in reality nobody really cares, especially in the wilds outside the Fifth. On the right side a new compound under construction, a giant monster of a place with more than 2000 apartments. They had it up in a mere six months. 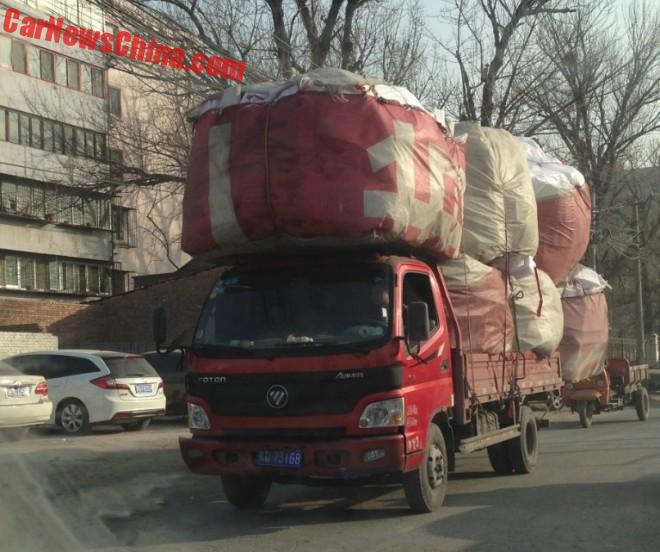 Later that day I went for a drive in the back roads of the area, where there is even less law and even more fun. There I met this red Foton truck loaded with giant bags full with used foam boxes heading for recycling. This truck too is slightly overloaded, not much too wide, up two meters, and long two meters, and they even got a full bag on the cabin’s roof! Behind the truck a lovely petrol-powered tricycle. The have long been officially banned from Beijing because they pollute like crazy, but some can still be found in these strange lands. 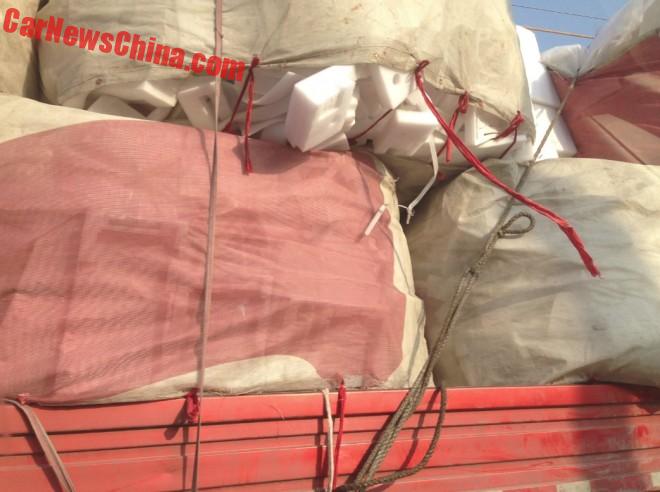