New Spy Shots of the Mazda CX-4 in China 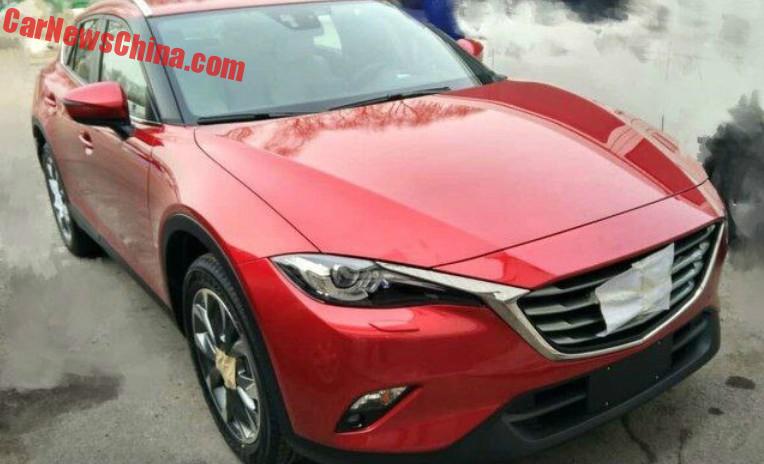 More Spy Shots of the Mazda CX-4, the production version of the 2015 Mazda Koeru concept. This time we have a red example seen somewhere outside the factory in China. The Mazda CX-4 will debut on the Beijing Auto Show in April and launch on the Chinese car market soon thereafter. 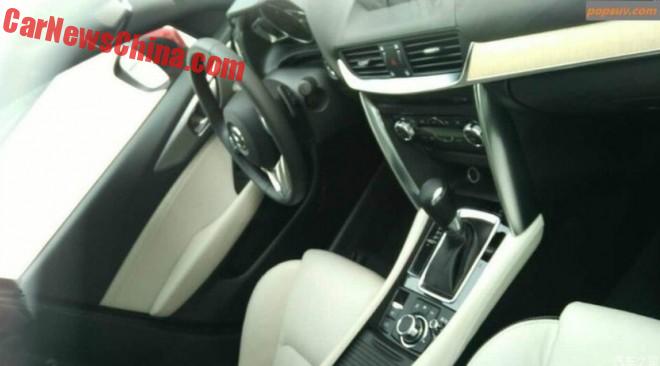 A trendy interior with a white over black color scheme. Touch screen stands on dash-top. Instrument binnacle with chrome-edged dials.

The CX-4 will be manufactured in China by the long running FAW-Mazda joint venture, based in the cold north eastern city of Changchun.Price will start around 130.000 yuan and end around 170.000 yuan. 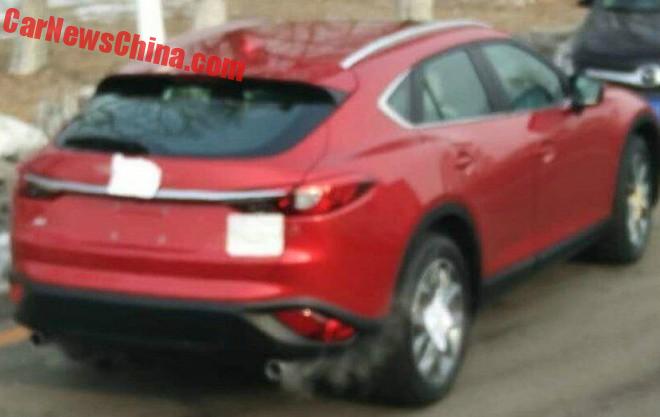 Sleek lights connected by a shiny strip, roof rails seen for fashion only. Exhaust pipes are hanging a bit in nowhere land under the bumper, poorly integrated! 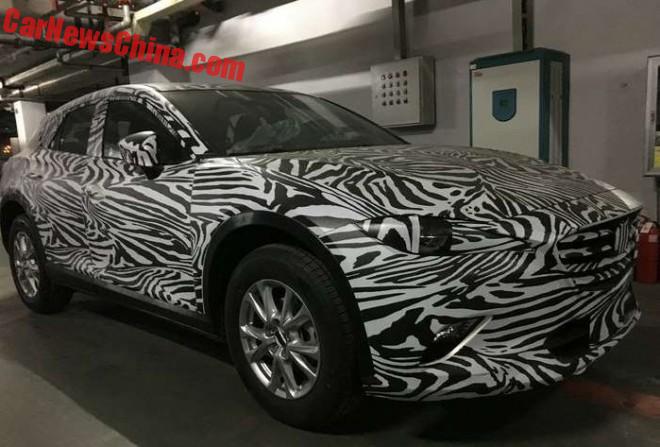 A test car clearly showing that the wheels are tiny. 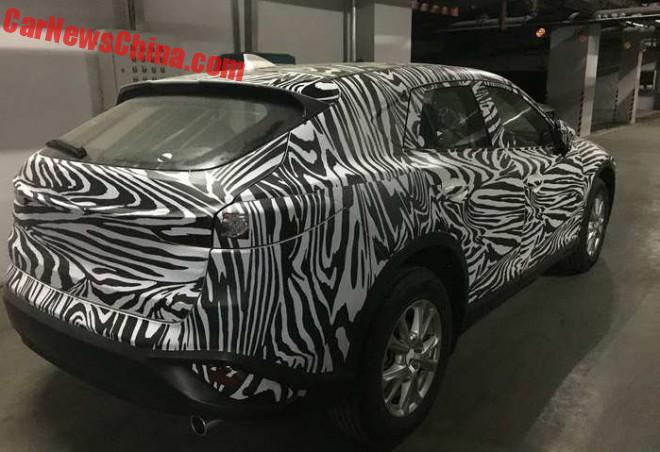 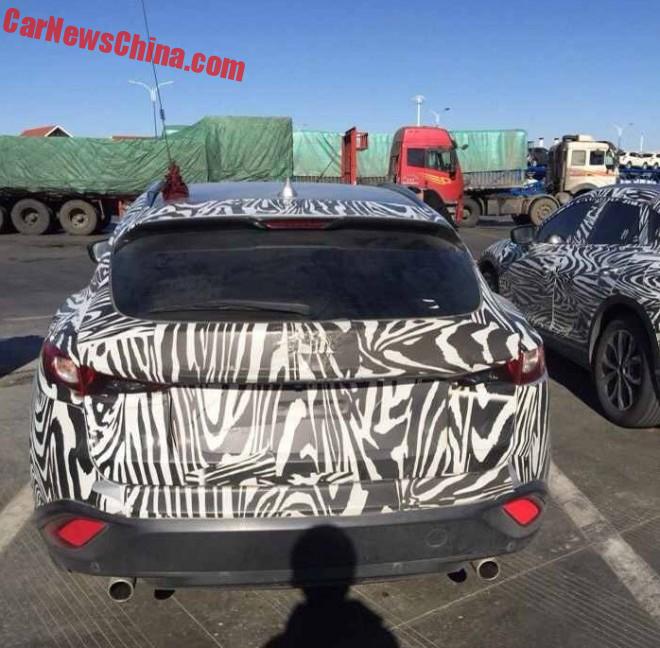