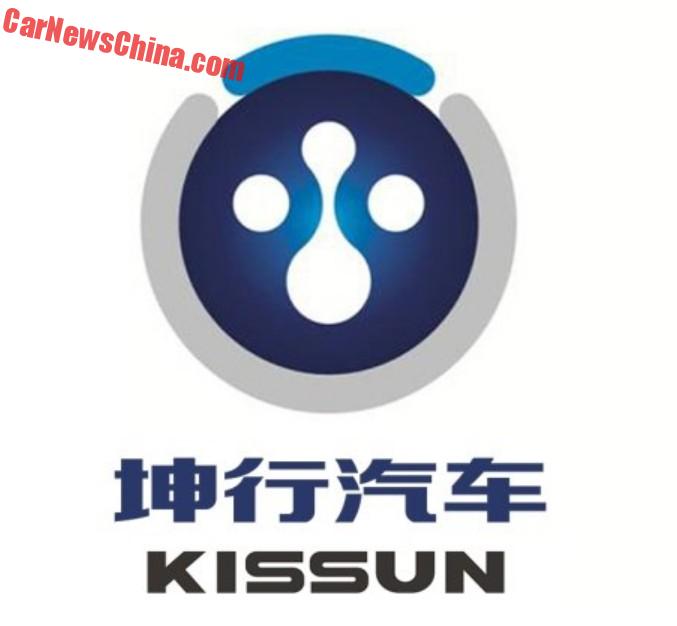 China has yet another new car brand. The English name is Kissun, which stands for: “Kiss the Sun, Kiss the Future”. The Chinese name is Kunxing (坤行). The character kun symbolizes ‘earth’ and means ‘female’, the character xing stands for ‘profession, line of business’.

This name, according to the company, expresses how they want to do business; with the well-being of planet earth in mind. That sounds green and it is: Kissun Auto will focus on new energy vehicles. The logo symbolizes earth and the ‘changing interfaces’ of new energy vehicles, or so Kissun says.

We think the logo has a very sexual touch, and that it looks a tad or two too much like the Denza logo.

The Kissun brand is owned by a company called Shanxi Tongjia Auto, which makes one electric minivan under the Shanxi Tongjia brand. Most of  website’s pages are in Kissunauto.com, which might indicate the van will be rebranded. Shanxi Tongjia is a subsidiary of the giant state owned conglomerate Shanxi Auto, which makes everything from heavy trucks to mini pickup trucks, and makes a lot of sweet stuff for the Chinese army.

Kissun thus has powerful backing and that means they will probably be able to get their new electric cars on the road. The brand will show an electric concept car on the Beijing Auto Show next month, and plans to launch their first Kissun car in the fourth quarter of the year. When it arrives I will kiss it, with such a name I just have to.