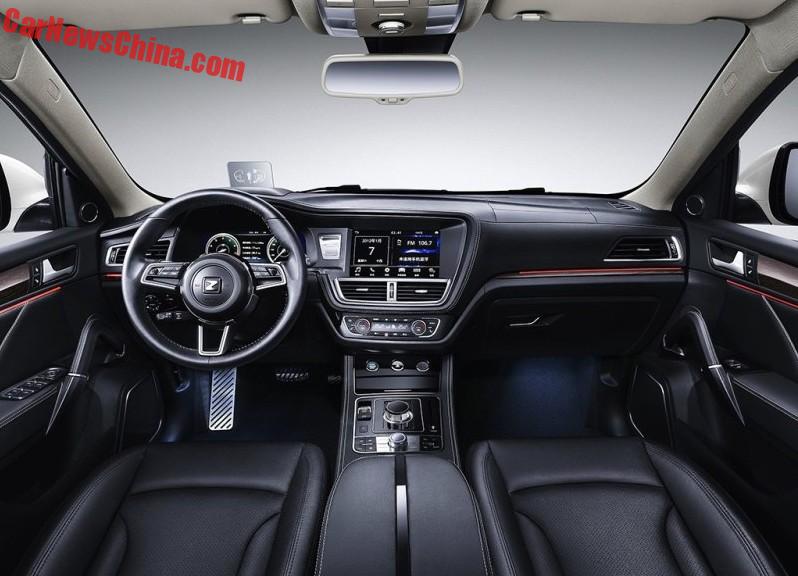 Zotye Auto has released the first official photos of the new Zotye T600 Sport, a high end variant of the e Zotye T600 SUV. The T600 Sport, formerly known as the T600S, not to be confused with the T600 S concept, will be launched on the Chinese car market later this month. Best thing is the new dashboard:

It looks brilliant and it seems to be rather brilliant too. The instrument panel is completely digital, the central screen for the infotainment is gigantic, and the center tunnel looks very sleek and slick. The gear lever has been replaced with a gear selector knob. The materials look top notch. The steering wheel’s design is inspired by Porsche, but looks neath and racy nevertheless. 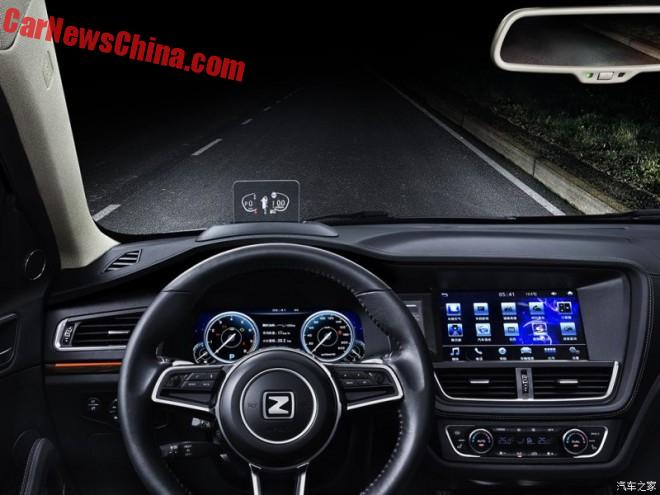 The T600 Sport is furthermore equipped with a head-up display (HUD) for night driving. 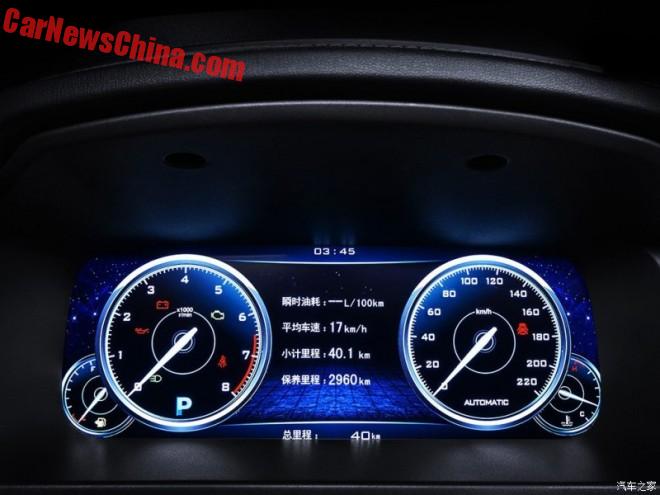 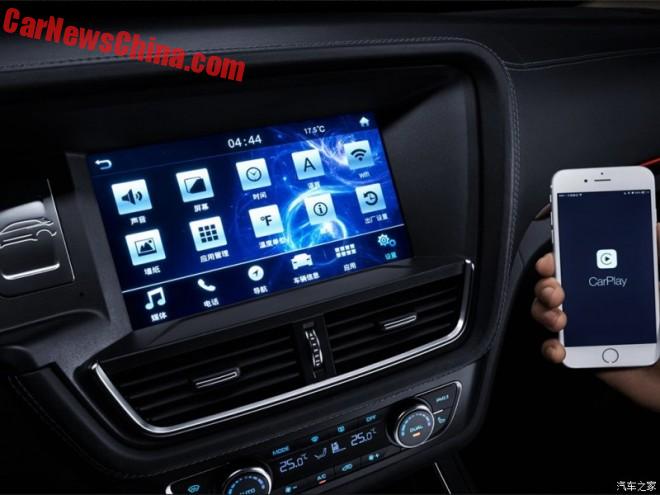 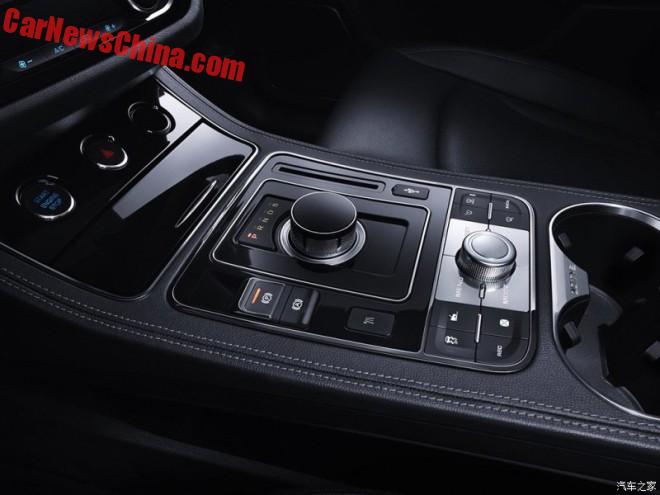 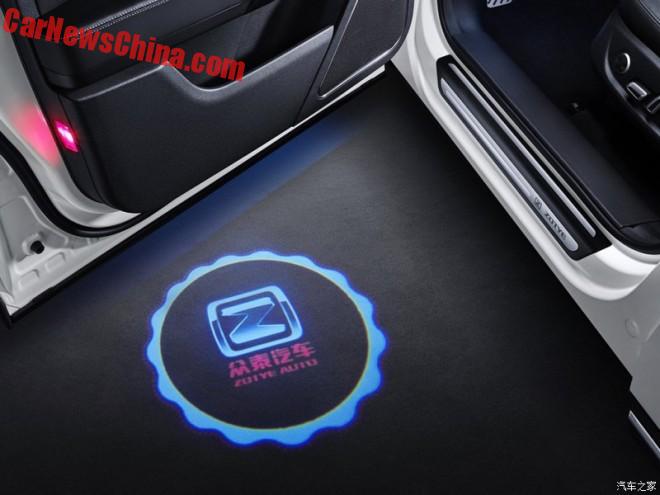 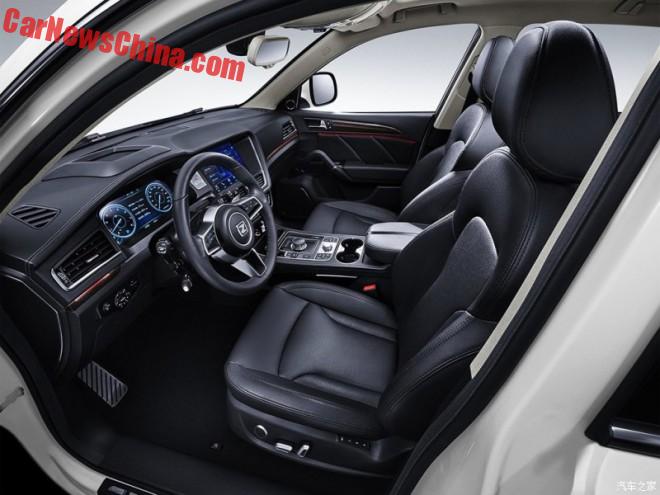 Leather seats are electronically adjustable. pedals are perforated for that sporty feeling. And it needs some because otherwise there isn’t much sporty to the Sport. The engine is exactly the same unit that is also available in the regular T600: a Mitsubishi-sourced 190hp 2.0 turbo four mated to a six-speed DCT. 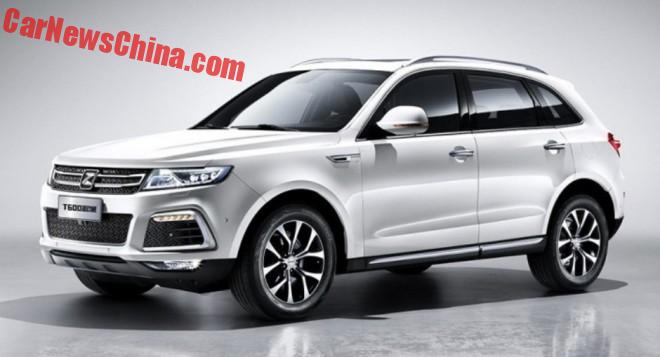 The Sport does get a sporty look: new LED lights, a lower grille, a larger bumper, and big racy air intakes in said bumper. Alloys are Sport-only too. 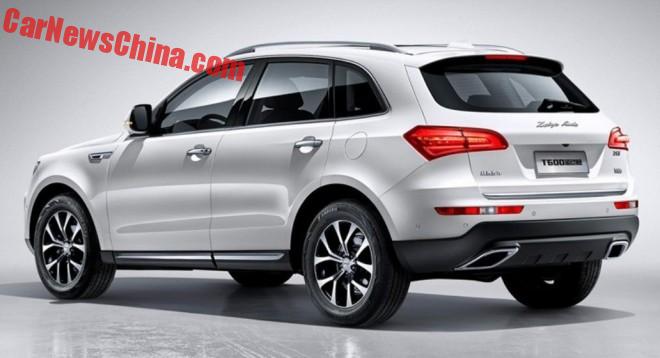 Rear lights have the same shape as on the regular car but they are all red on the Sport. Bumper and pipes are new.