Weichai Auto Yingzhi U80 SUV will launch in China in October 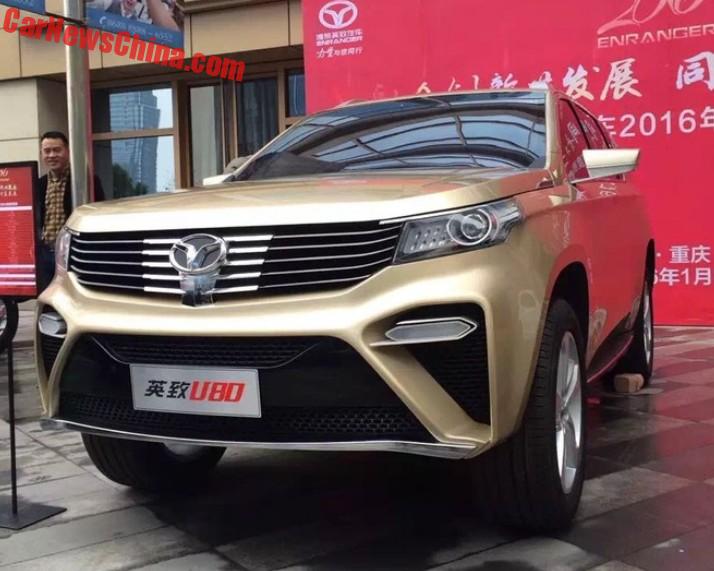 New photos of the Weichai Auto Yingzhi U80 concept car, previewing a new compact SUV that will be launched on the Chinese car market in October. The Yingzhi U80 was formerly known as the Yingzhi G5. The G5 name will not be wasted however, it will be used for a high end version of the Yingzhi 737 MPV.

Note bricks preventing the prototype from running away.

Weichai Auto is a brand new car brand owned by Weichai Power (web), one of the largest Chinese engine makers and sponsor of the Ferrari F1 team.  The company is based in Weifang, Shandong Province. Yingzhi is the brand name, called Enranger in English.

The Weichai Yingzhi U80 will be powered by 1.5 turbo and 1.8 turbo petrol engines with 150 to 180 horsepower, mated to a six-speed manual or six-speed automatic. The base versions will be front-wheel drive and the high end versions all-wheel drive. Price will range from around 100.000 to around 150.000 yuan. 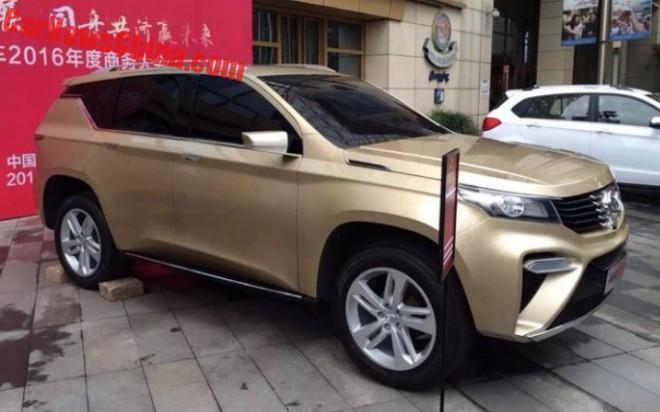 Striking front end and an interesting D-pillar. Let’s hope they both survive until production.