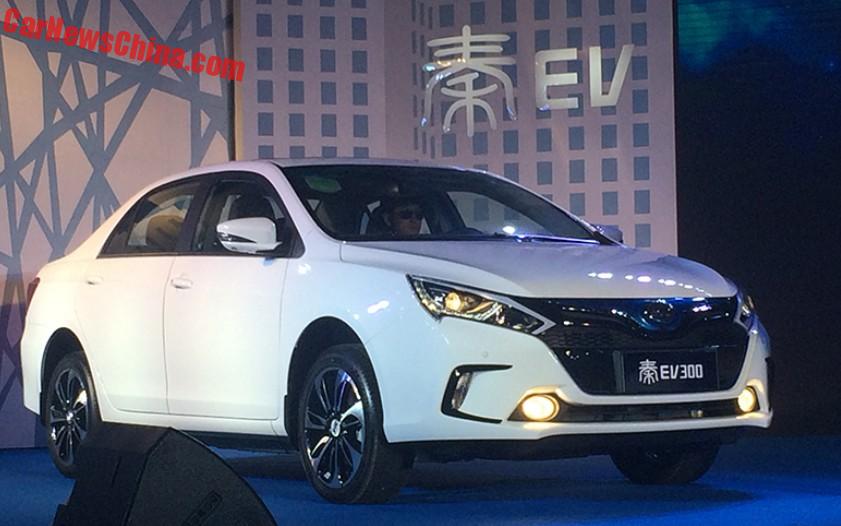 At the same time and rather unexpectedly, BYD also launched the E5 EV300 electric sedan, which is basically a Qin without the fancy stuff but with exactly the same motor.

The Qin EV300 comes with blue on the grille because blue = really green. Behind the BYD badge are hiding the sockets for the 220V charge and the 380V fast charge. 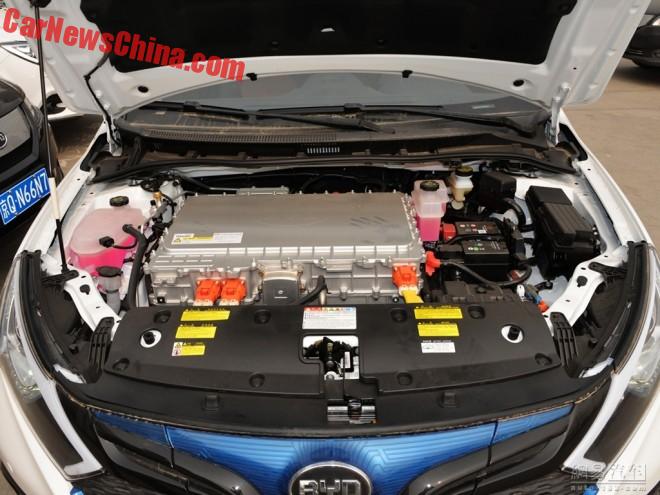 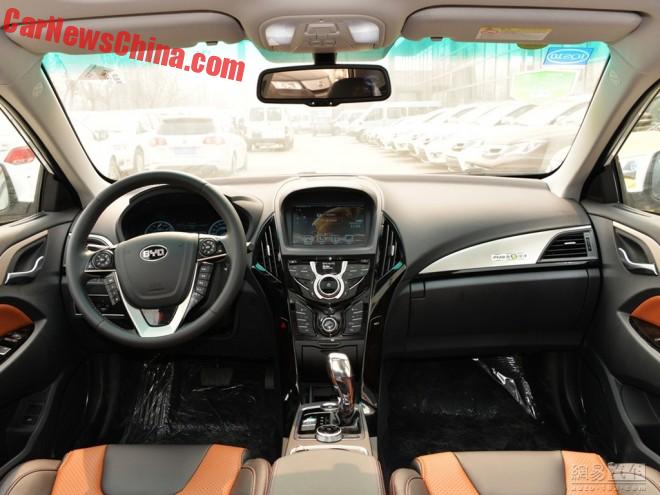 The interior is busy to the eye but a tech fest as usual. 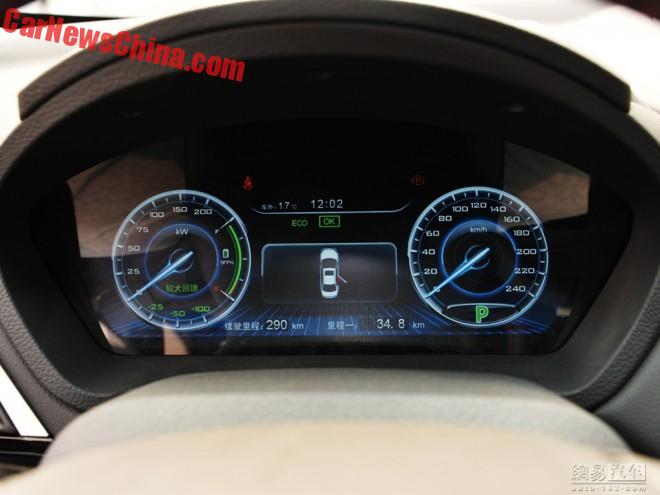 A completely digital instrument panel with a power-reserve meter on the left. 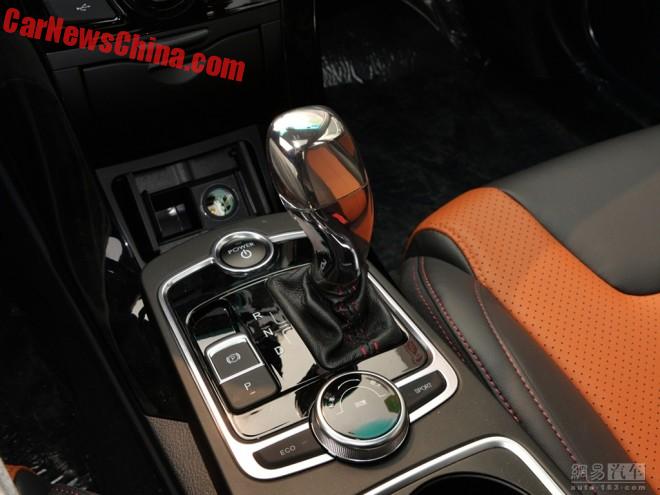 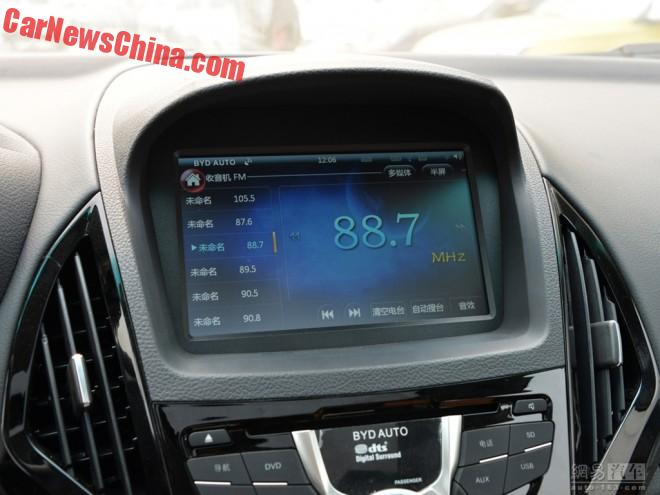 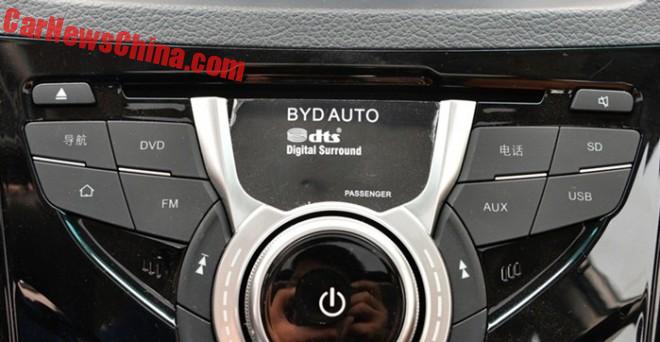 Note badge mid-under the screen. The stereo system is equipped with ‘DTS Digital Surround’, a system that was hip for home stereo’s in the early 2000’s. It’s been a long time since I saw a DTS badge on a music system, let alone one in a car, but BYD got it! Surely another reason to buy this Qin EV300 electric car, not..? It also has a CD and DVD player to make the stereo system time warp complete. 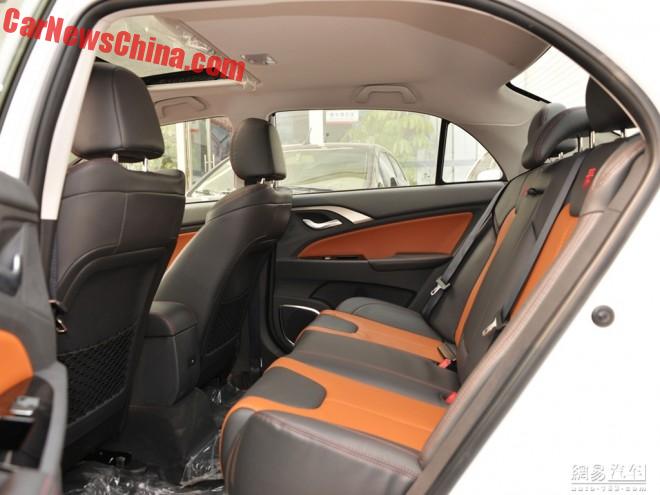 Seats look very trendy in orange over black, and with the Qin character on the top end of the back rest. 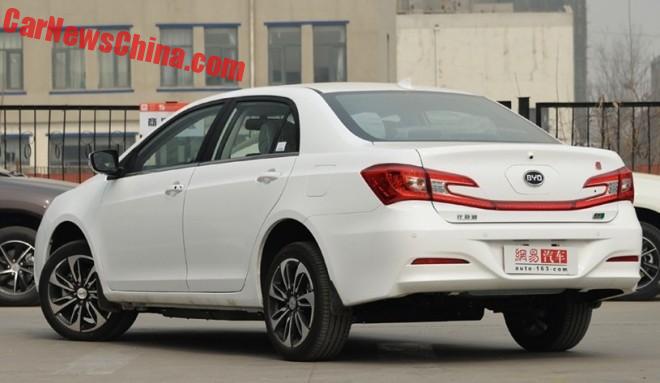 Rear end is the same as on the regular Qin but without the exhaust pipe, and with… 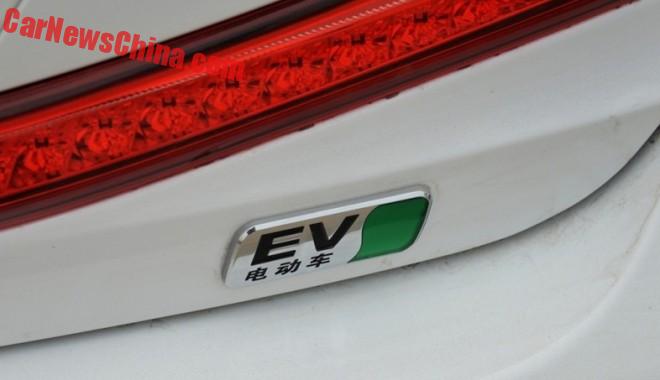 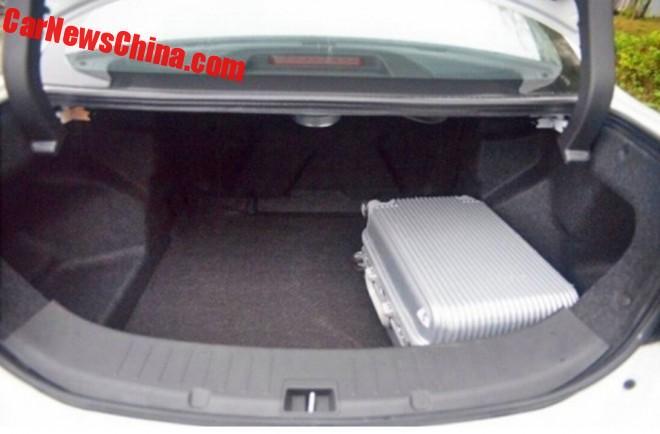