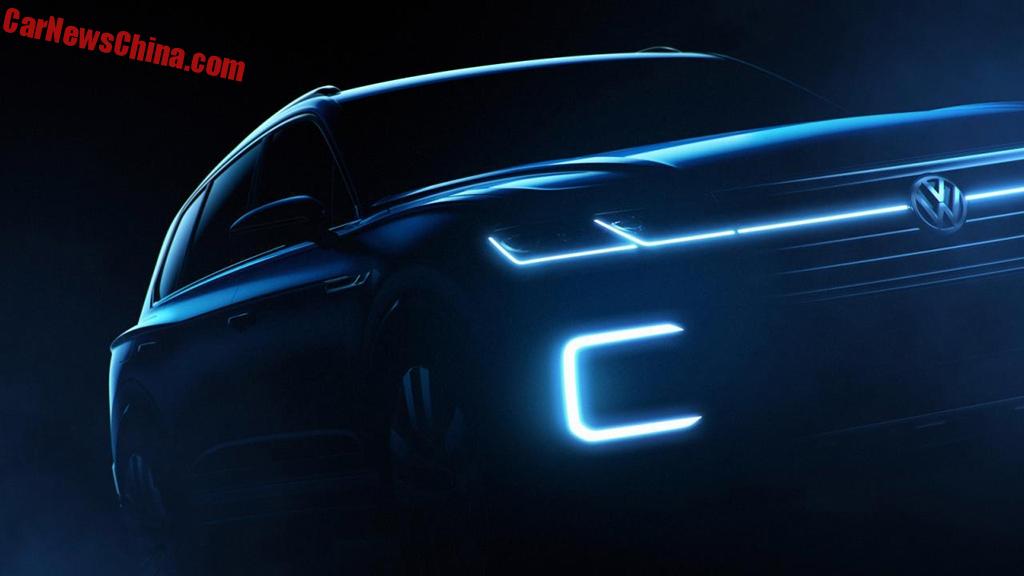 Volkswagen has released a flock of teasers of their new concept SUV that will debut next week on the Beijing Auto Show. The concept previews a new seven-seat SUV for China that will be positioned between the Tiguan and the Touareg, and launch on the Chinese car market in early 2017.

There have long been rumors and sightings of this new SUV, mostly connected to the Volkswagen CrossBlue and CrossBlue Coupe concept cars. However, none of those had these sexy hips, so this new SUV is either a redesign of the CrossBluez or an entire new car. 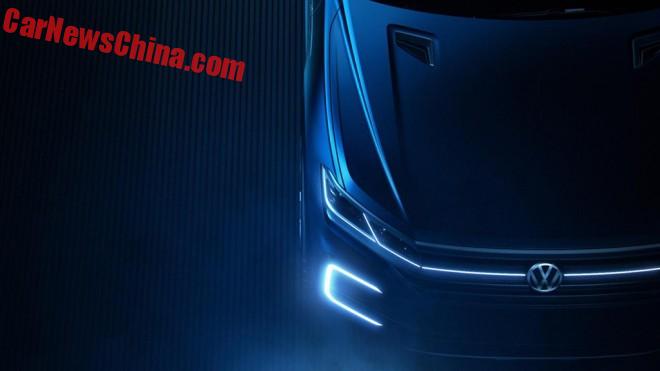 The seven-seat variant will be manufactured by Shanghai-Volkswagen, and FAW-Volkswagen will get the sportier five-seat variant. Both car stand on Volkswagen’s MQB platform. 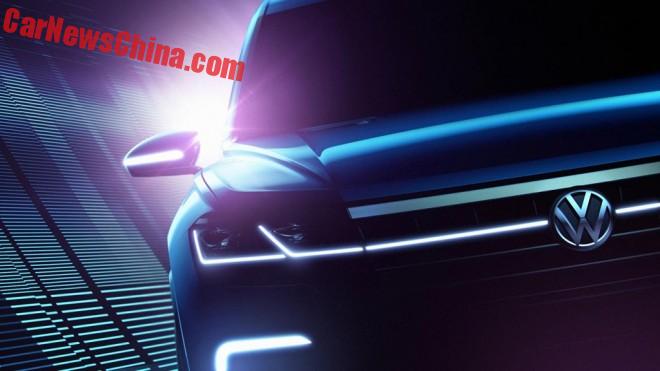