New Photos of the Mazda CX-4 for China 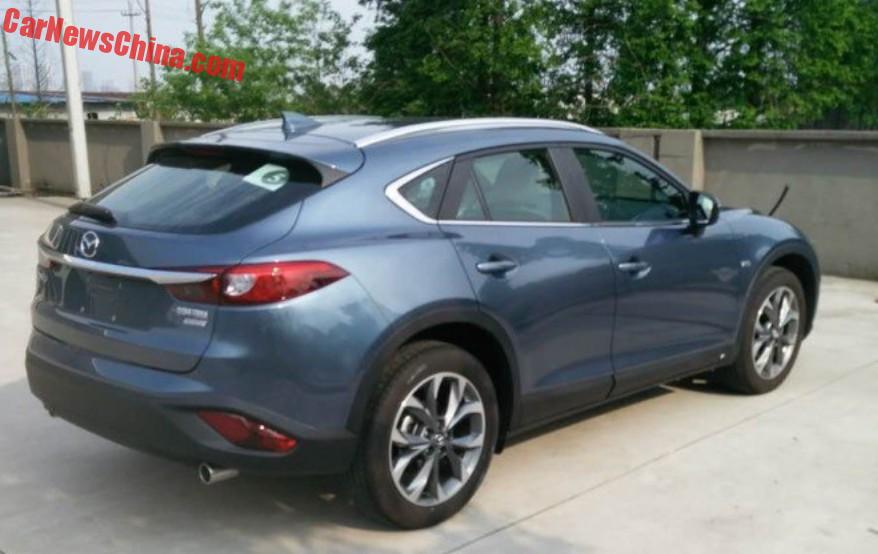 More Spy Shots of the new Mazda CX-4, the production version of the Mazda Koeru concept. The CX-4 is a rather good looking, hips!, crossover SUV that will have its public debut on next week’s Beijing Auto Show and launch on the Chinese car market in June.

The interior with a clean tunnel ans dash. Touch screen on top. Sporty dials. Seats in white leather, mixing with light brown wood panels and a lot of black plastic. 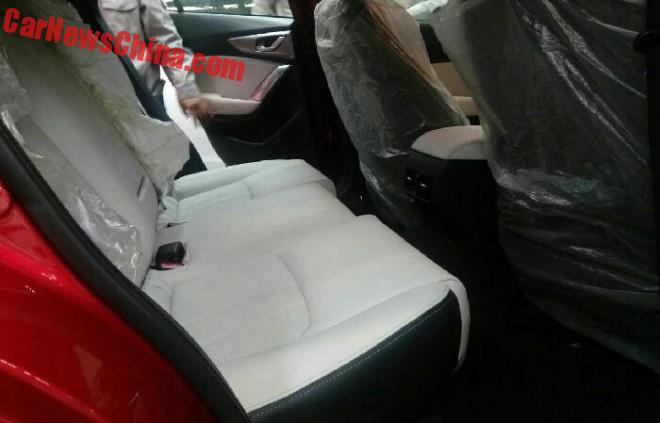 The rear bench is big enough for two adults and grandma. 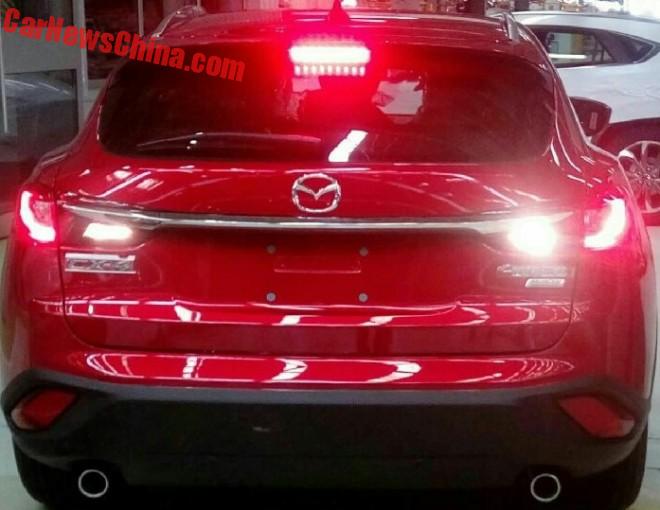 Lights are big and narrow, connected by a shiny chrome strip. 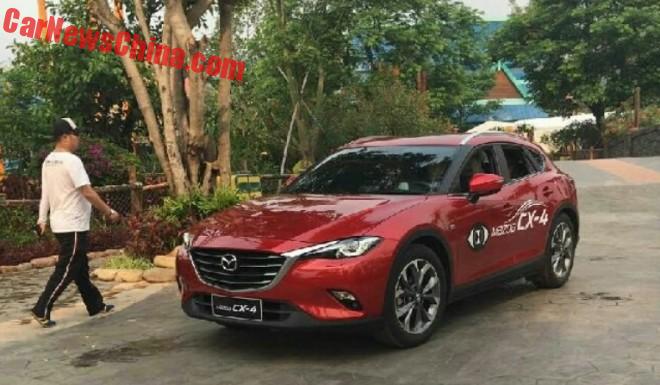 The car on the photos is the China-made variant of the CX-4. It will be manufactured by the long running FAW-Mazda joint venture, based in the cold north eastern city of Changchun. Price will start at 159.800 yuan and end at 198.900 yuan.

There will be two four-cylinder petrol engines available:a 2.0 with 158hp and a 2.5 with 192hp. Mazda strangely stays put with big engines, instead of going for the popular and tax-friendly small turbocharged engines. Lone transmission is a six-speed automatic. Size: 4633/1840/1535, and wheelbase is 2700. 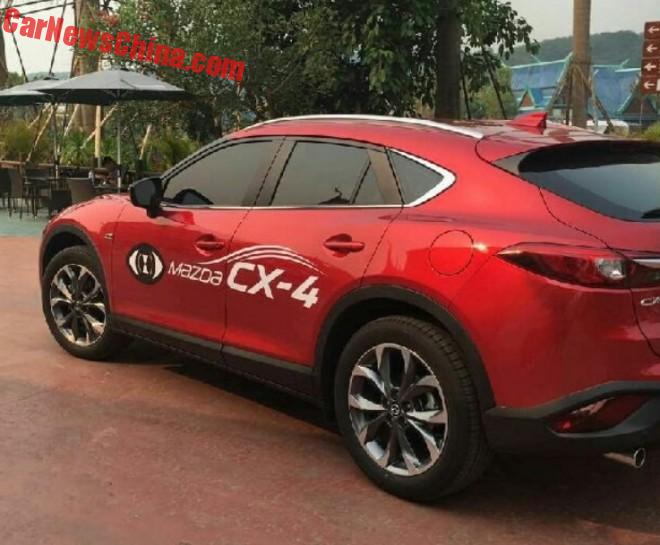 Pipes are poorly integrated in the bumper section. They are really not integrated, hanging there in nowhere land. Not very pretty, and that on such a pretty car. Alloys are looking good. 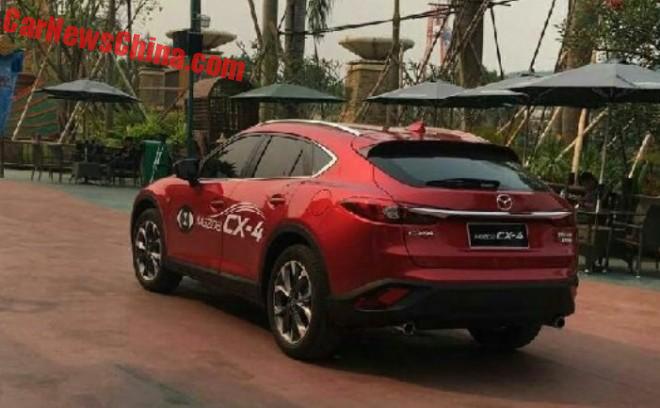 Driving away, to Beijing we bet. We will be there too…