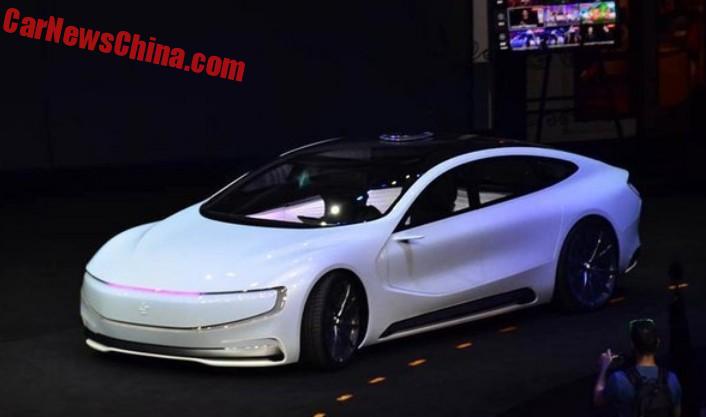 This is the beautiful new LeSee EV, a brand new Tesla beater from China. The vehicle is a concept for now but LeSee says the production version won’t differ that much. The company is already testing with the production car and claims the test vehicles have a top speed of 211 kilometers per hour. The LeSee EV will have its public debut on Monday on the Beijing Auto Show, where we will check it out.

LeEco focuses on consumer electronics, connectivity, and electric cars. As for the latter the are currently working on three main passenger car projects: LeSee, Faraday Future in the United States, and the electric Aston Martin Rapide in the United Kingdom.

LeEco has been founded by Chinese billionaire Jia Yueting, who also runs LeTV.  LeEco is the largest shareholder in Faraday Future. Things seem to go well; work on the new one-billion dollar factory in Las Vegas has begun, and the first car, likely an SUV, is expected in 2017. The company is also expected to make a small-series supercar based on the crazy FaradayFFZERO1 that debuted in Las Vegas.

Back now to LeSee; The name can be hacked in two. Le comes from LeTV, and means ‘fun’ in Chinese. SEE is short for ‘Super Electric Ecosystem’. And that has all to do with the faraway-future plans of the company; they want to build an entirely new automotive ecosystem consisting of electric cars communicating full-time with each other and with the wider world, connected-cars and connected-mobility in one. The cars will use software and networks developed by LeEco. The company has a research facility in Beijing and says it currently employs 750 people in the U.S. and in China.

LeEco has said that the LeSee EV will be manufactured in China, and thus not in the Las Vegas factory. 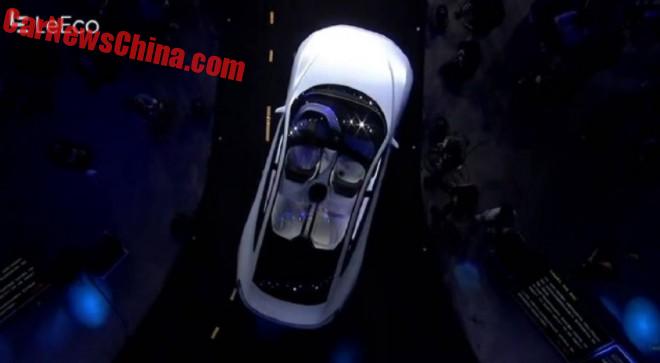 The concept car works. It was driven on stage and they also demonstrated a smart-phone based remote control system. The production car will be fitted with systems for semi-autonomous driving, note the sensor box in the center of the roof. 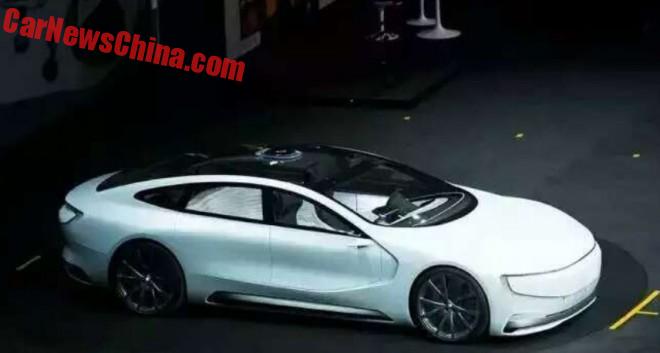 It looks absolutely special, some Tesla and Jaguar influences here and there, but with a crazy twist, especially the lines going from the front fender to the roof and lower doors. 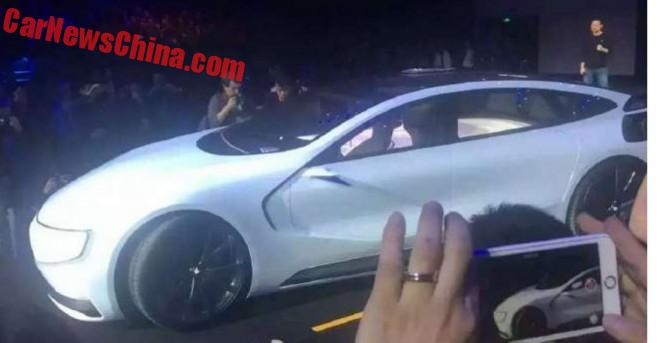 LeSee has not released any specifications about the vehicle, except that 211km/h top speed number for the test car. 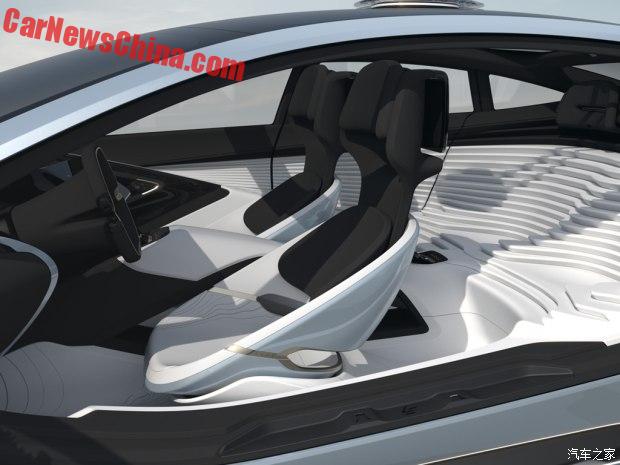 The concept has an interior but LeSee didn’t open the doors. They did release these images showing two front seats and a rear bench. The concept however seems to have two seats in the back.

The production version will be equipped with an isolated infotainment area for each passenger, so there will be no need for talking, which is becoming a bit of a thing these days, with all those smartphone zombies all over the planet. 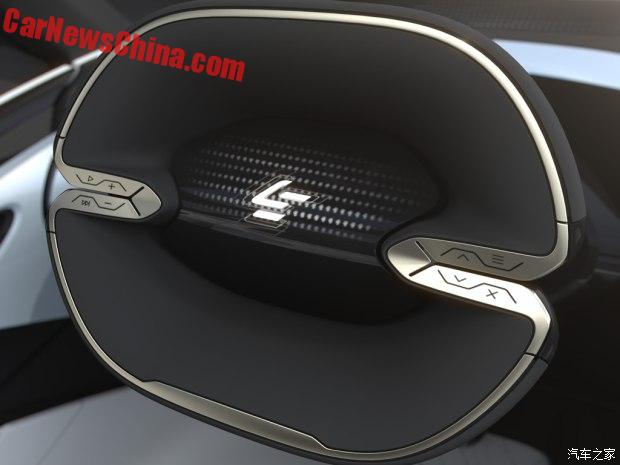 The steering wheel with the LeSee logo in the middle. 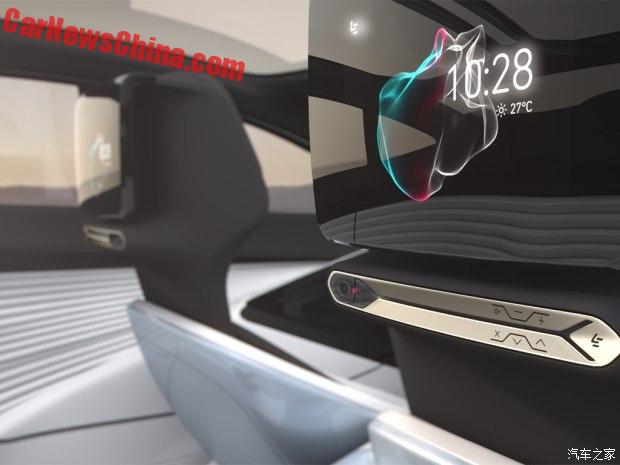 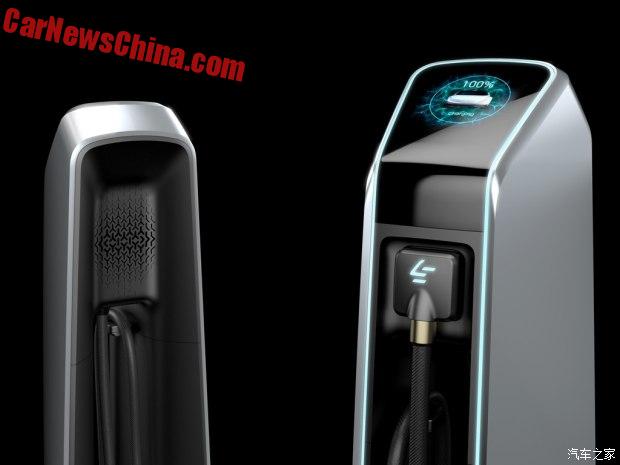 A fancy charger and fast charger designed by LeSee for the LeSee EV. 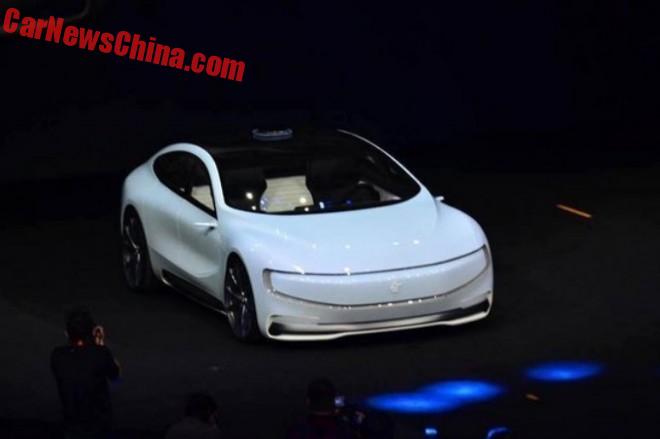 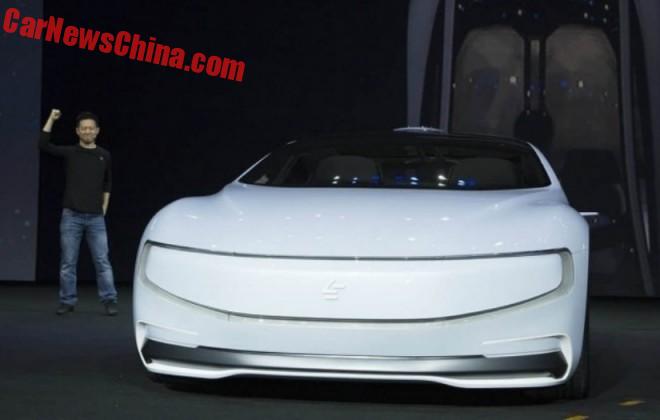