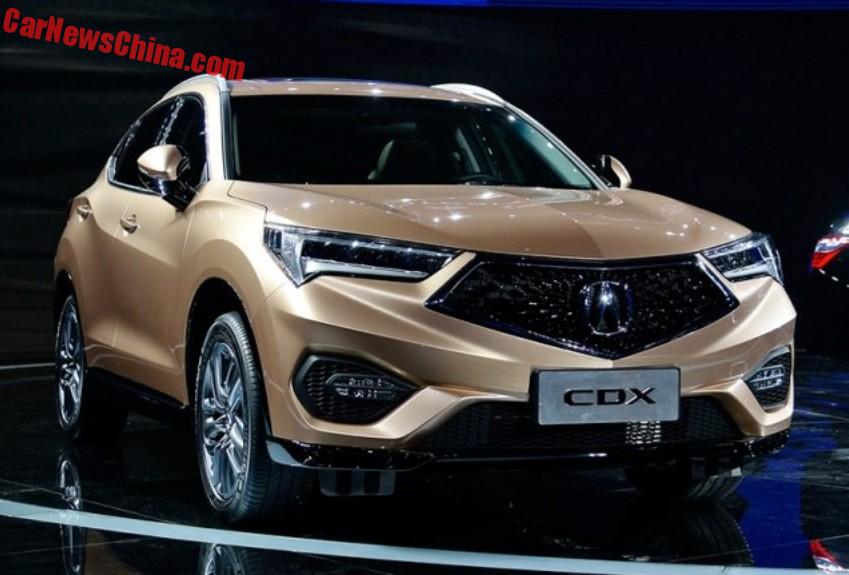 The Acura CDX has debuted in Beijing, one day and a half before the start of the actual Beijing Auto Show. The Honda event was for media only, the new cars were shown only briefly, and the interiors weren’t shown at all. The Acura CDX will hit the Chinese market in Q4, priced between 250.000 and 300.000 yuan.

The largest logo we have ever seen on a car. Mad. Lights are wide and all LED.

The CDX will compete with cars like the Audi Q3 and Mercedes-Benz GLA. It will be manufactured by the Guangzhou-Honda joint venture. It is the first Acura that is made in China. The CDX stands on the same platform and shares a lot of parts with the Honda XR-V SUV, but the CDX will be positioned higher up in the market. 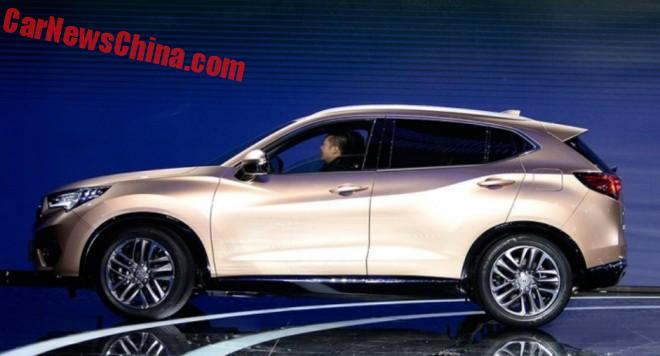 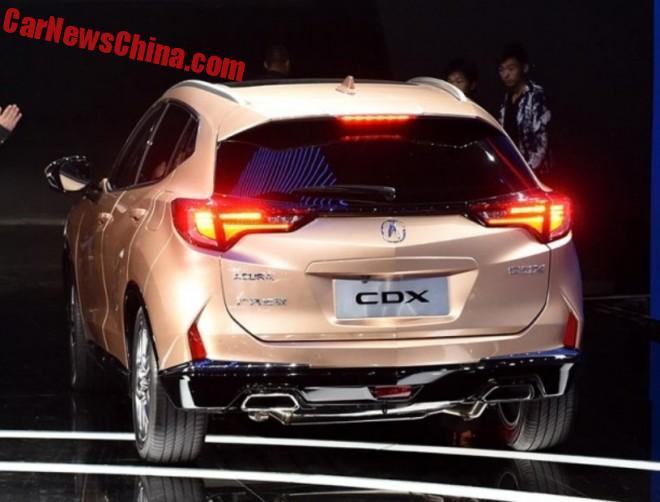 Taillights are large for 2017, Acura badge much smaller here, and the pipes are nicely integrated in black bumper. 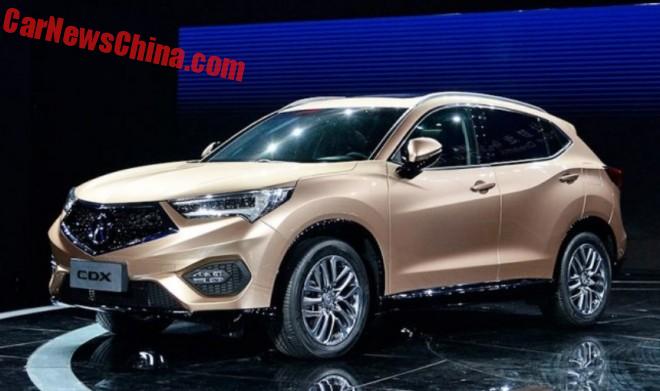 It is an interesting and somewhat challenging design. The front doesn’t seem to go quite well with the rest of the car, where the crease line over the rear-door handle stands out. 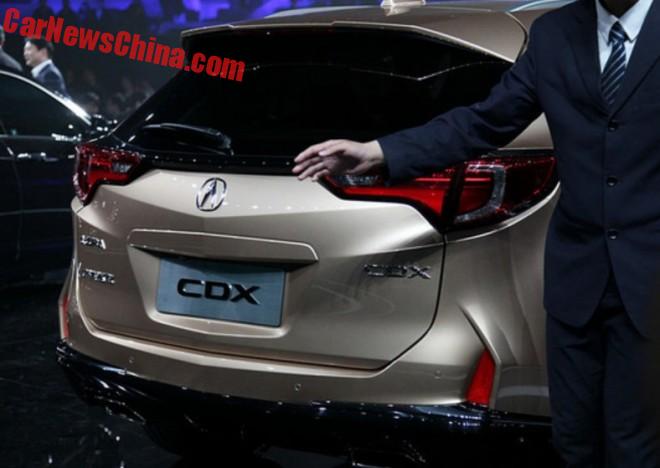 Media was not allowed to come too close to the vehicles. Wuzzy. And we will see about that tomorrow!