This Is The New Mazda CX-4 For China 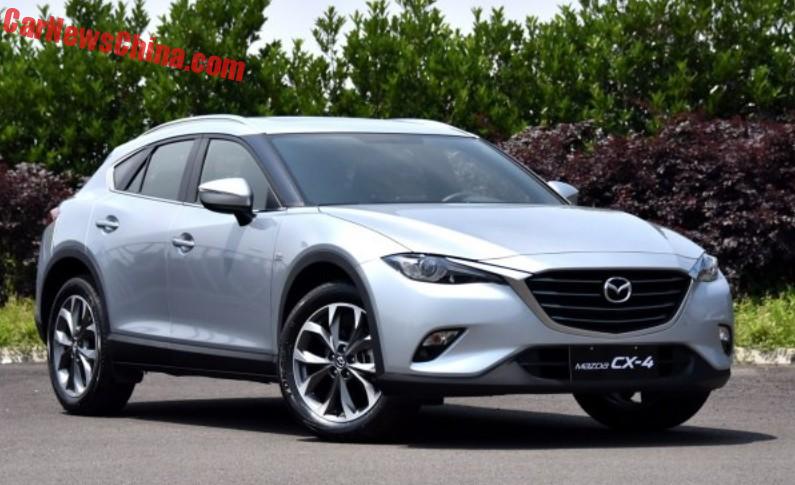 The Mazda CX-4 debuted last month on the Beijing Auto Show and today we have the first photos of the new Mazda in the real world. The CX-4 is a very good looking crossover SUV that will be positioned below the Mazda CX-5. It is for China only, but Mazda hasn’t ruled out export to other countries.

The CX-4 is manufactured by the long running FAW-Mazda joint venture, based in the cold north eastern city of Changchun. It will be launched on the Chinese car market in June. Price will start at 159.800 yuan and end at 198.900 yuan.

There will be two ‘SkyActive’ four-cylinder petrol engines available:a 2.0 with 158hp and a 2.5 with 192hp. Mazda strangely stays put with big engines, instead of going for the popular and tax-friendly small turbocharged engines. Lone transmission is a six-speed automatic. 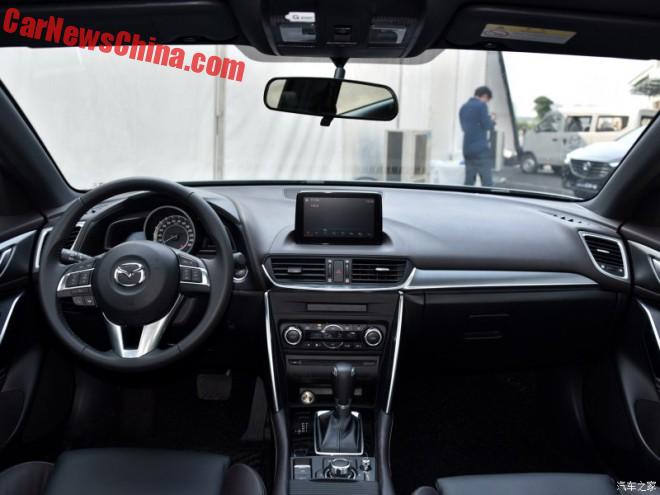 Sadly, the interior isn’t as beautiful as the exterior. Design not overly exciting, and the place looks rather dark. Touch screen is a tad too small for mid 2016. 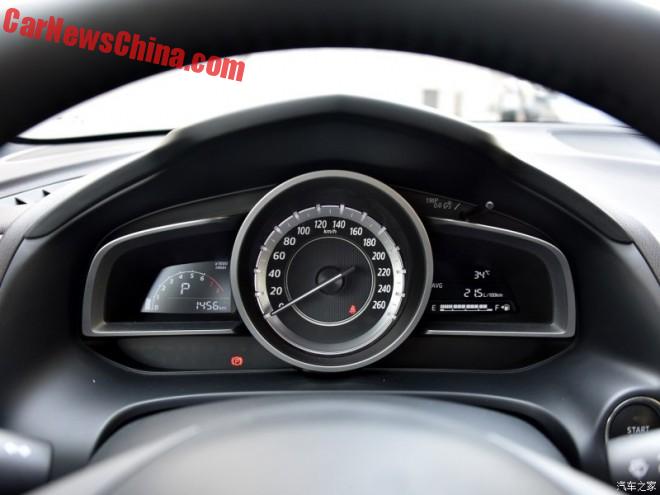 The main dial should have been a rev counter, but it is a boring speedo instead. The rev counter is on the left, looking very small. 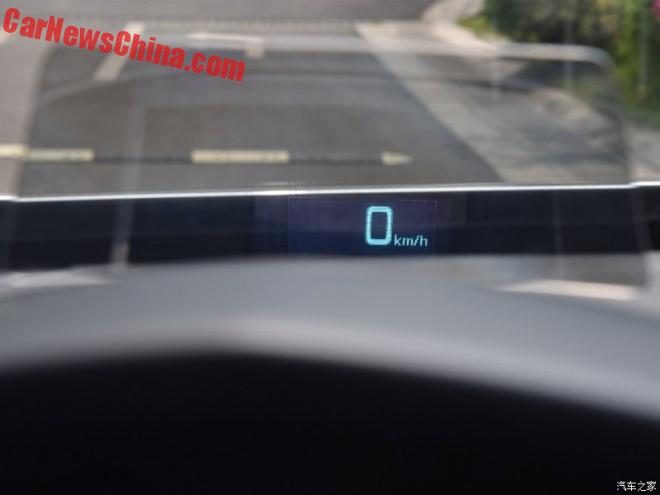 There is a HUD that can show the speed, for those who cannot, or want not, read the speed from that giant main dial. 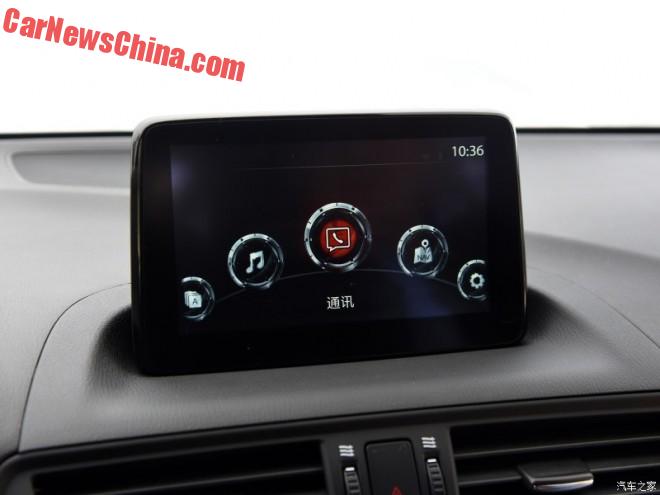 Black screen on beige dash. It is fixed in position, does not fold down or in. 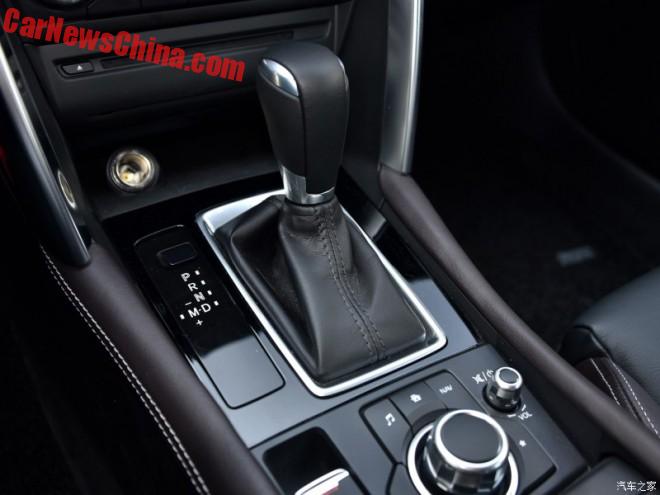 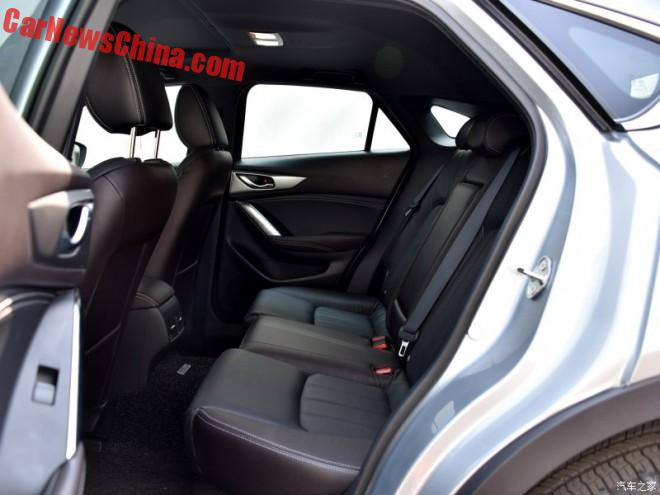 Dark dark dark. Not too much headroom. Sloping sporty roof comes at a price. 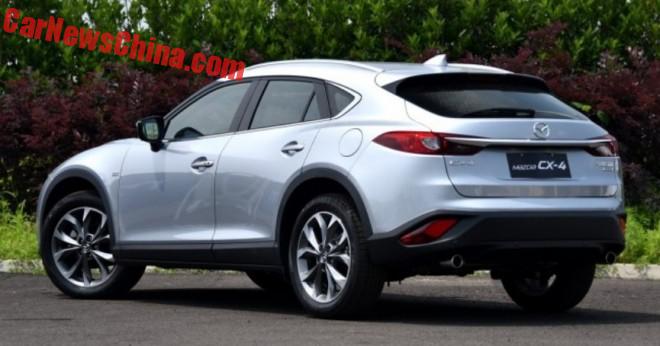 Back outside again, and happily so. Lights are a work of art connected by a trendy shiny strip. Pipes are poorly integrated in the bumper, the only letdown of the exterior design. 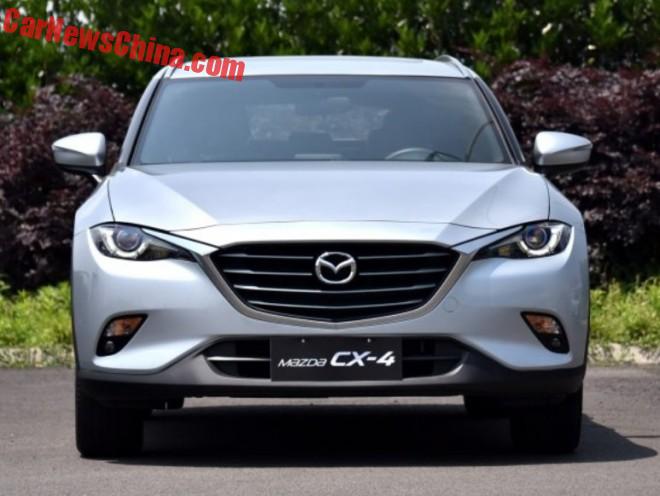 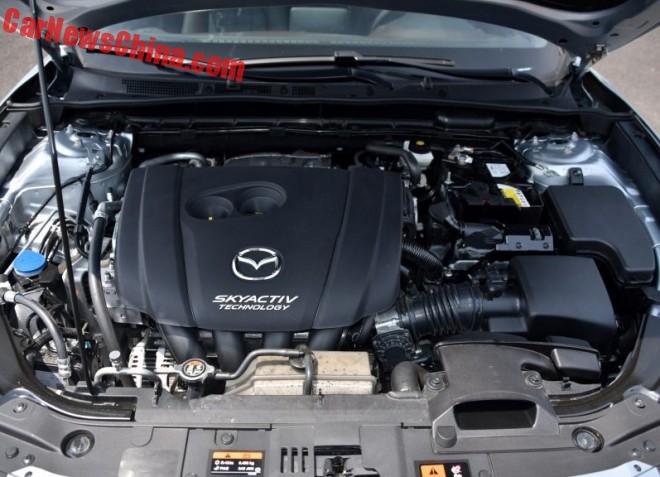 Mazda lets us down again under the bonnet where the engine, the 2.5 shown here, is barely covered, leaving all the ugly pipes and wires exposed. Messy. Even local Chinese automakers got their engines completely covered these days. Why can’t Mazda? 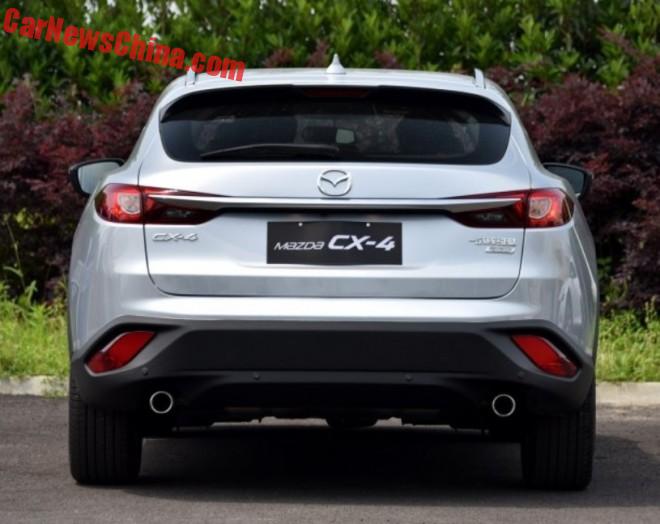 Roof rails are usable, but only just. Bad bad pipes.

A very good looking car with a disappointing interior, old-fashioned engines, and an ugly engine bay. Mixed bag. But looks alone should make it sell.