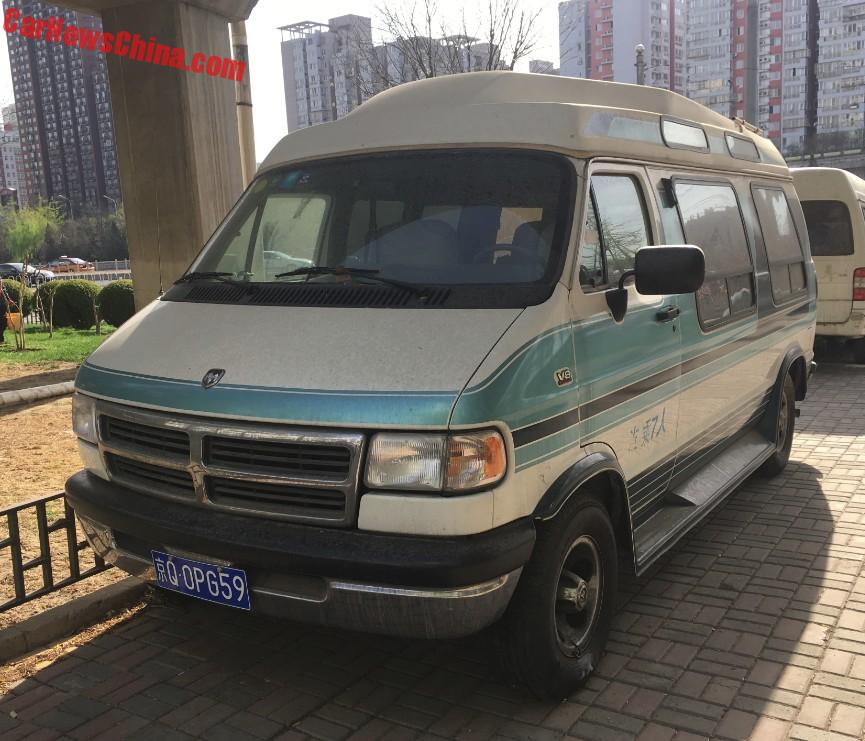 An absolutely stunning Dodge Ram 2500 SLT V8 Magnum Family Wagon, Spotted in China just next to the Second Ring Road in south Beijing. The good Dodge was dirty and dusty but otherwise in a great condition and apparently still in working order. Paint smooth and chrome was shiny, no dust or rust in sight, and everything was completely original. 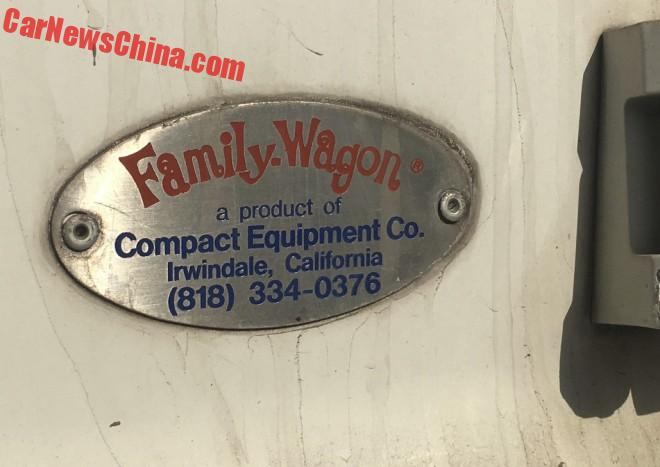 The Family.Wagon® was a van-conversion by a company called Compact Equipment Corporation, then based in Irwindale, California. They filed for an got a trademark on the Family.Wagon® name and logo in 1966. The trademark expired in 2008. The description of the ‘goods and services’ for the trademark was: Station wagon type motor vehicles equipped with living accommodations.

According to a tread on fiberglassrv.com the van to family-wagon conversion was a dealer option in the mid 1970’s. One forum member writes:

“You could get a Dodge Van, and have a Plush interior with a seat that folded into a double bed, and a sink and Ice-box, and a stereo system with lots of speakers, and a raised fiberglass roof. I think a lot of Families were started in those vans… “.

The were in business until at least the mid 1990’s. I found a 1994 Chevy conversion van on Youtube and our Dodge is a third generation Ram Van, made from 1994 until 2003. If you know more about the company and what happened to it, please let me know in the comments below. 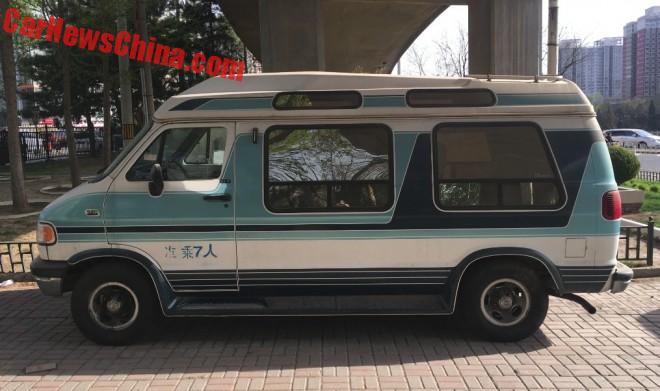 Back to our van! Painted in a beautiful white, turquoise, dark blue, and darker blue. The raised roof was part of the conversion and is made of fiberglass. It seems the vehicle was officially imported into China, it has the obligatory ‘persons-stamp’ on the door, which sets the limit of the number of persons that the vehicle can carry; in this case seven. All buses, mini buses, mini vans, and all sorts of trucks have this kind of stamp on their doors, until even today. 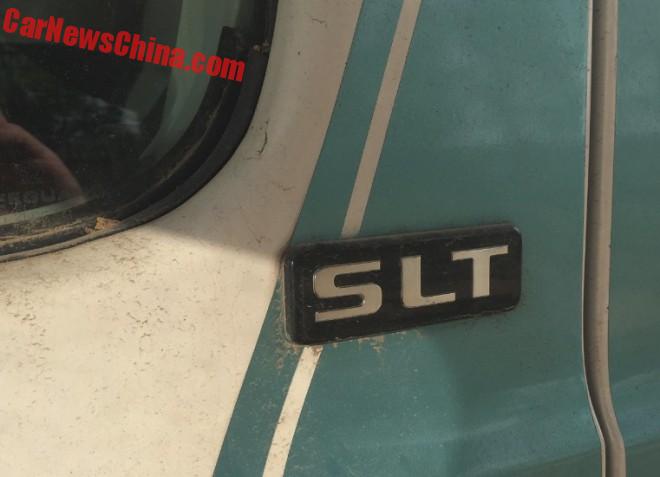 SLT was a Dodge trim level. 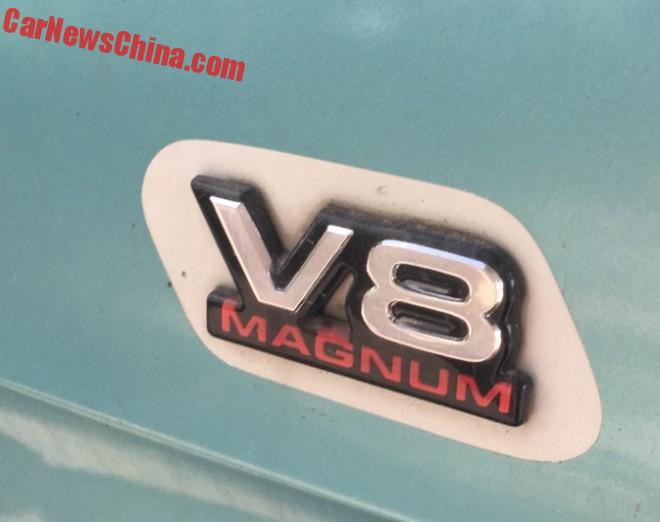 The beautiful V8 Magnum badge, representing the Magnum series of V8 engines. There was a 5.2 liter with 230hp and a 5.9 liter with 250hp. Sadly, I was unable to find out which one was under the bonnet here. 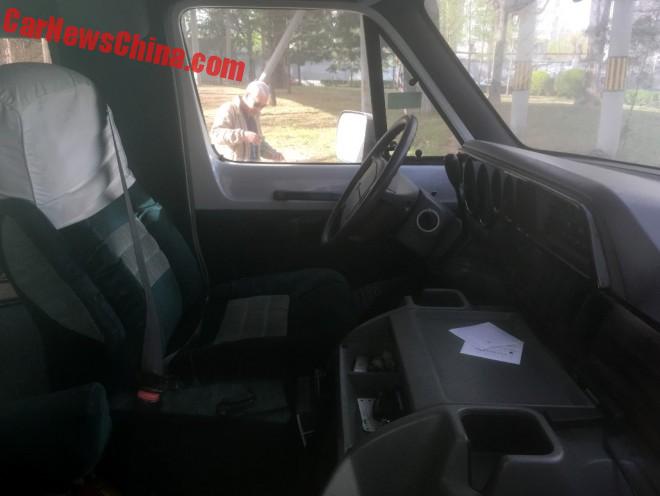 The interior was in great shape. Velours seats! Beige dashboard! This van has it all. The seats are in white and various shades of green. The white covers covering the headrest are likely a later Chinese addition. 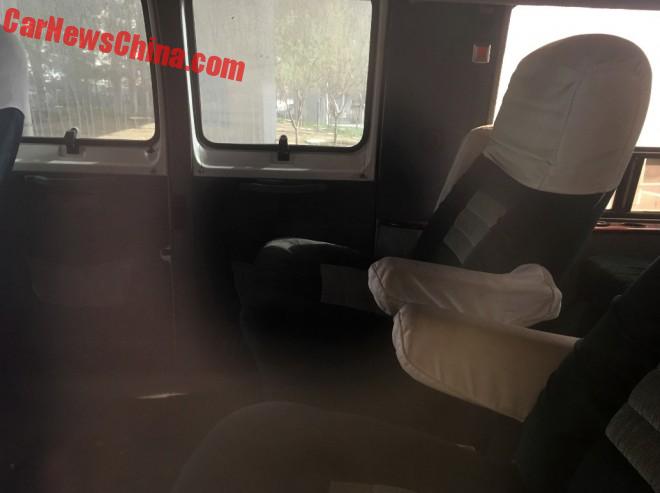 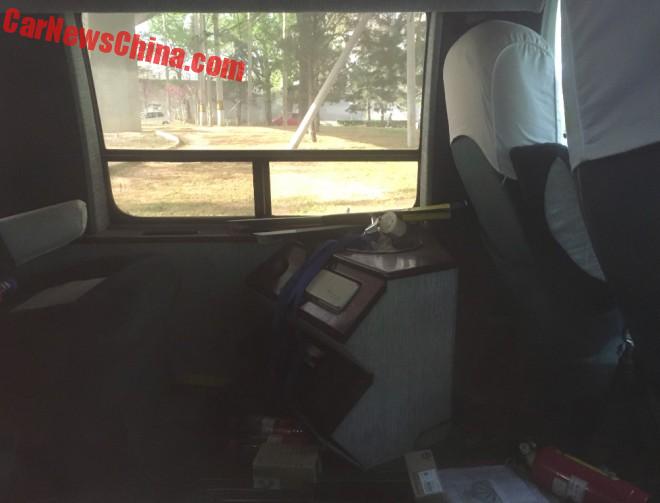 Seen from the other side. The white-brown cabinet with the stereo system. 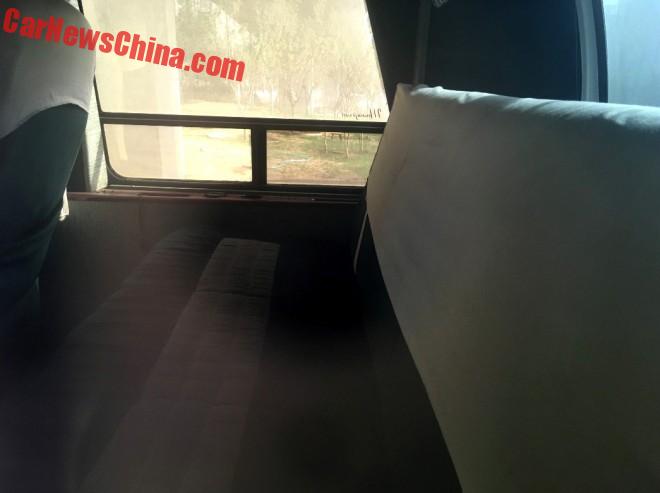 Third row, a wide three-person bench. That’s where those families were started! And seeing this, I suddenly feel like making some babies. Too bad the wife ain’t at home. I better go for a walk now. 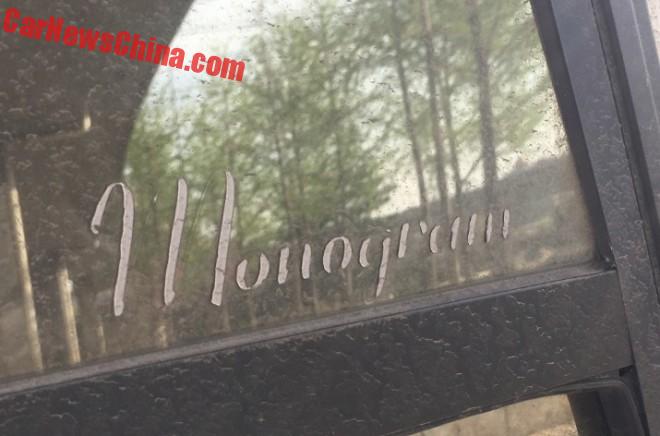 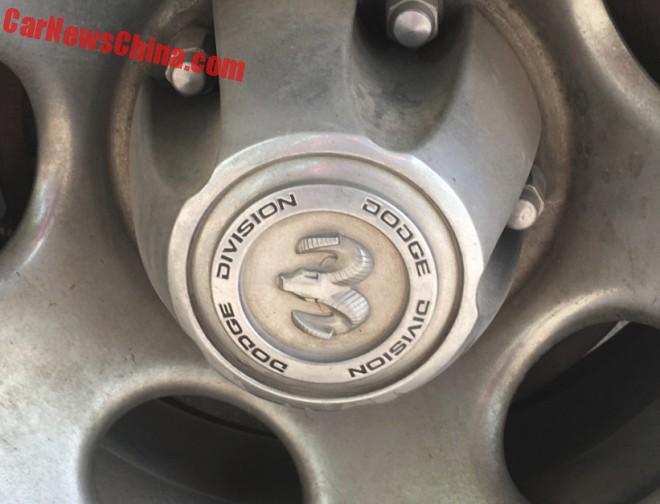 The original alloy with the Dodge Division badge. 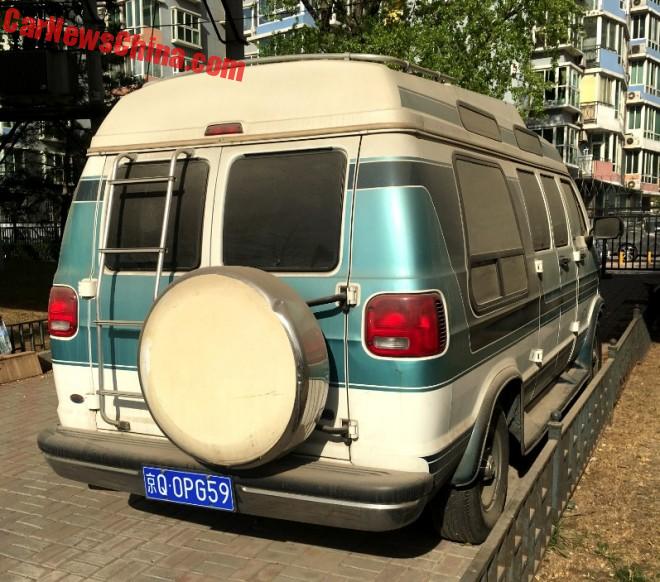 Ladder to the roof and a large spare wheel cover, located carefully under the rear window. Double doors, opening to the left and right. Red rear lights with typical air vents on the sides. 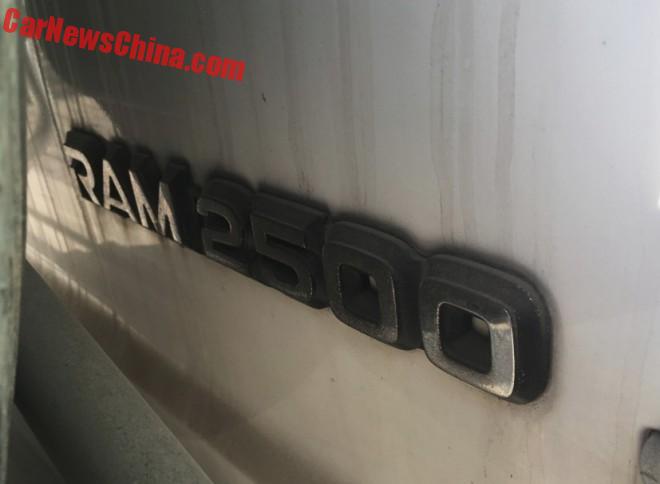 The RAM 2500 badge, hiding behind the spare wheel cover. 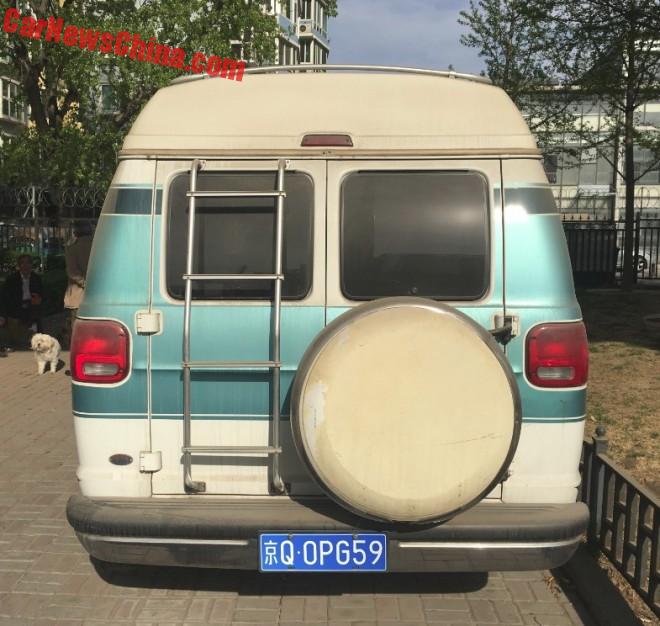 Family Wagon badge is located on the left side of the left door, just above the bumper. 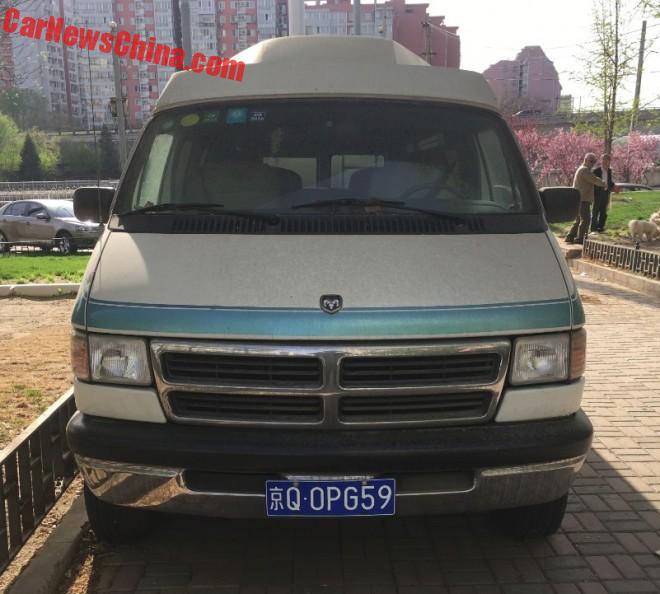 Blue stripe over the bonnet. Fiberglass roof is like a pie; one wide extension topped by a narrower one. 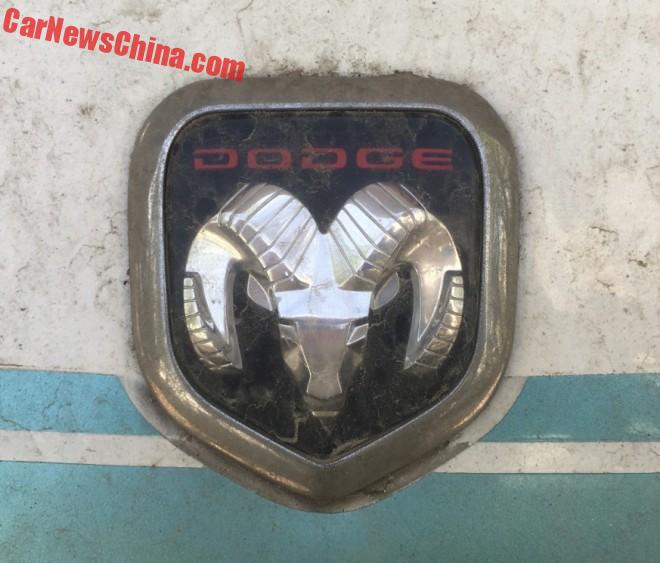 The Dodge Ram 2500 SLT V8 Magnum Family Wagon in Beijing, may she help to start a many families more, and roam the roads of the capital for ever!