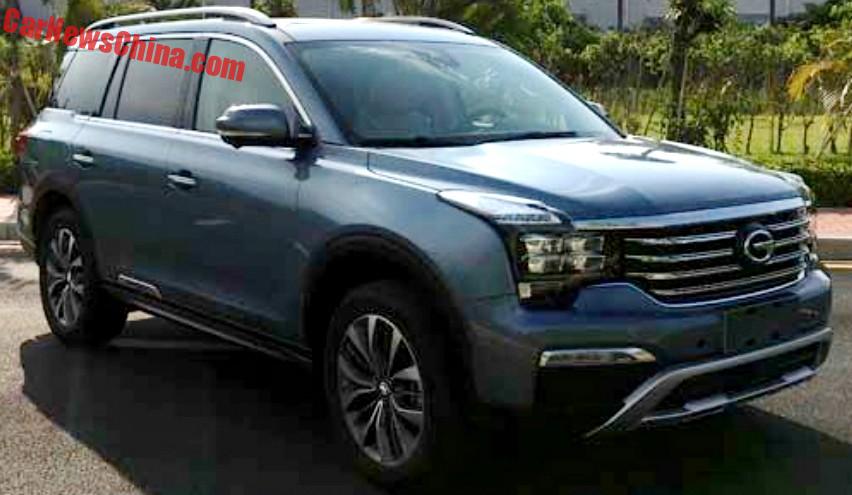 New Spy Shots showing that the Guangzhou Auto Trumpchi GS8 is almost ready for China, looking almost unchanged compared to the car that debuted in April on the Beijing Auto Show. The GS8 will be launched on the Chinese car market in September priced from around 150.000 to 200.000 yuan.

The GS8 on the Beijing Auto Show. 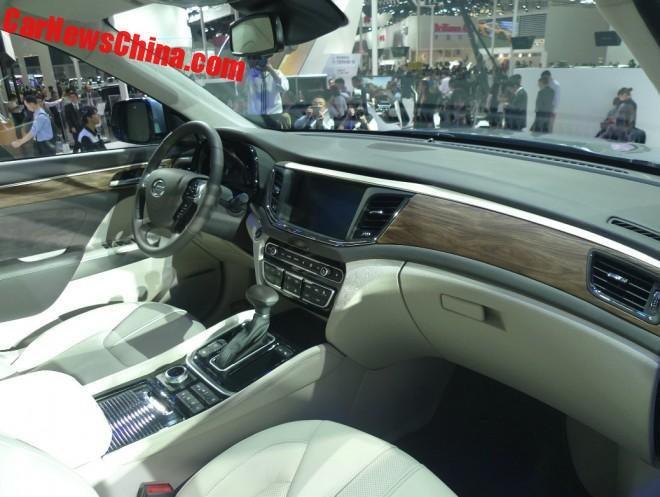 Dash of the show car. 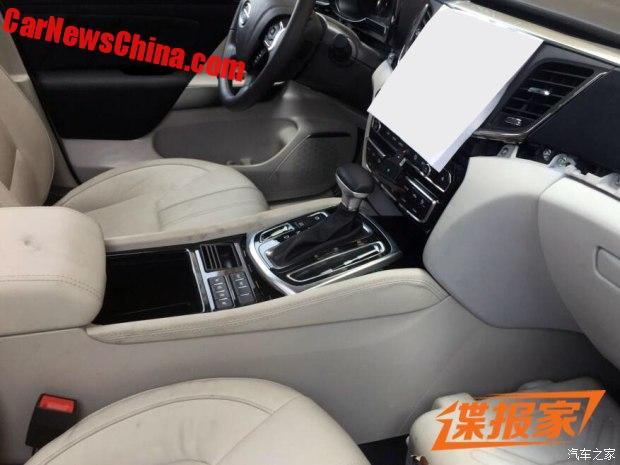 Earlier spy shot. The panels around the gear lever differ from the show car. 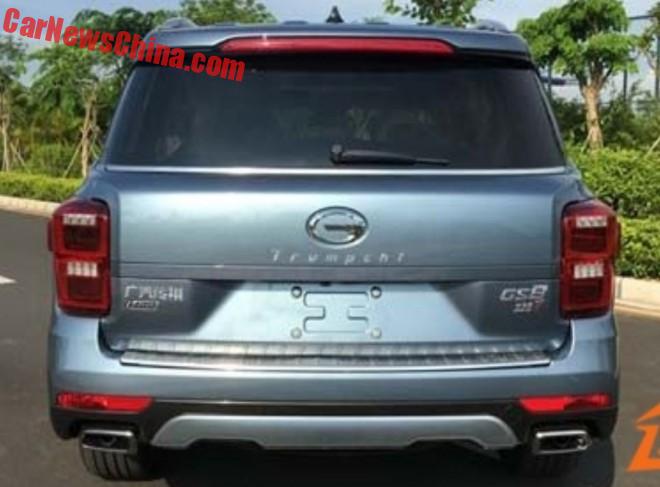 The Trumpchi GS8 will be powered by a 2.0 turbocharged four-cylinder engine with 188hp and 300nm, mated to a six-speed automatic gearbox, sending horses to all four wheels via a new four-wheel drive system trendily called ‘i-4WD’. It will be designated Trumpchi GS8 320T.