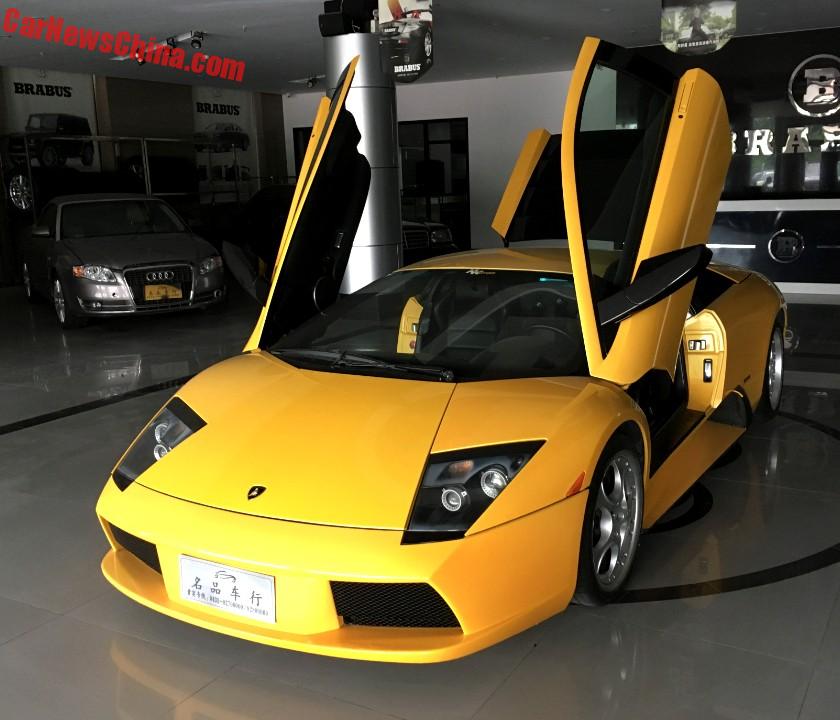 An extremely speedy Lamborghini Murcilago supercar, Spotted in China in a car repair shop slash car dealer in the great city of Changchun in Jilin Province. The good Murc’ was painted in mellow yellow and in a very good overall shape, but in need of a good cleanup and some love.

The Lamboo was not for sale, and neither was the ultra hip Audi A4 cabriolet in the background. 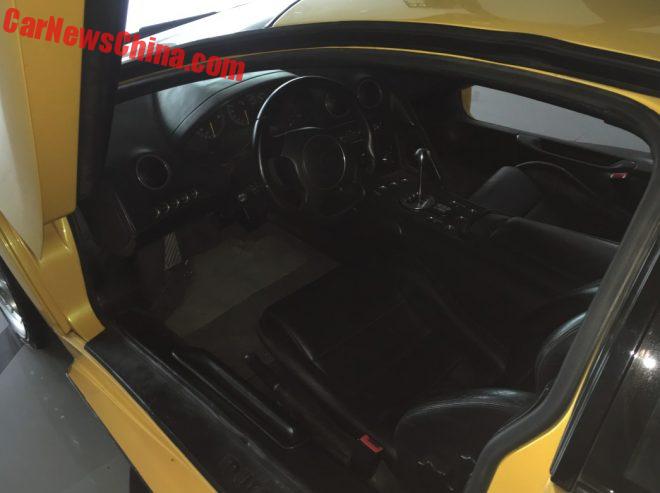 The interior was in good shape too. Lot of black and gray. Note handbrake on the left side of the driver’s seat. Transmission is a six-speed gated manual with a shiny knob on top of the lever. 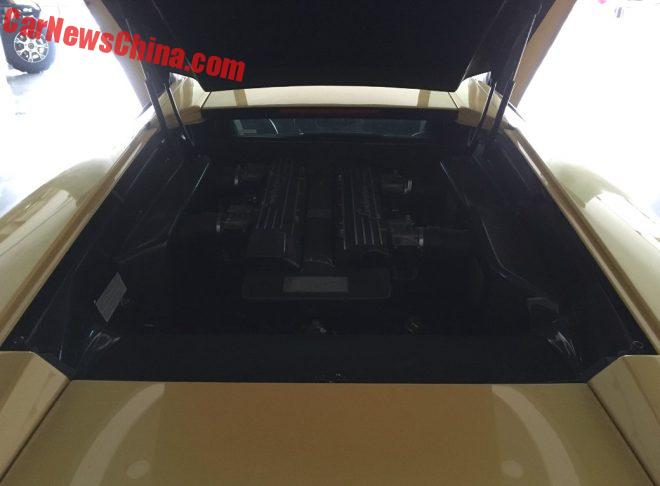 The engine of the bull. 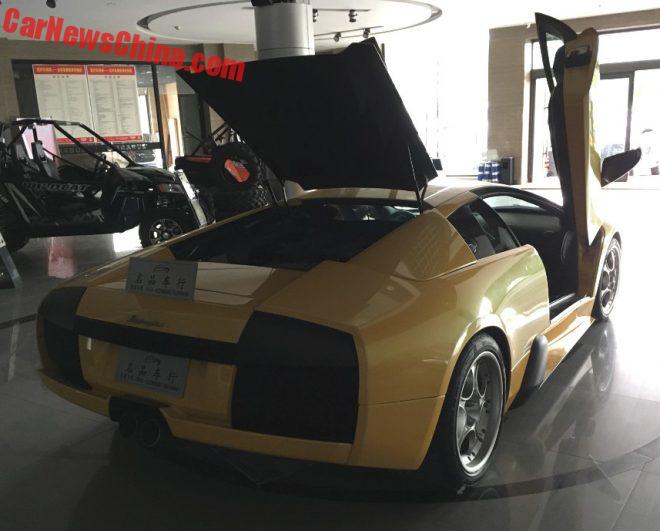 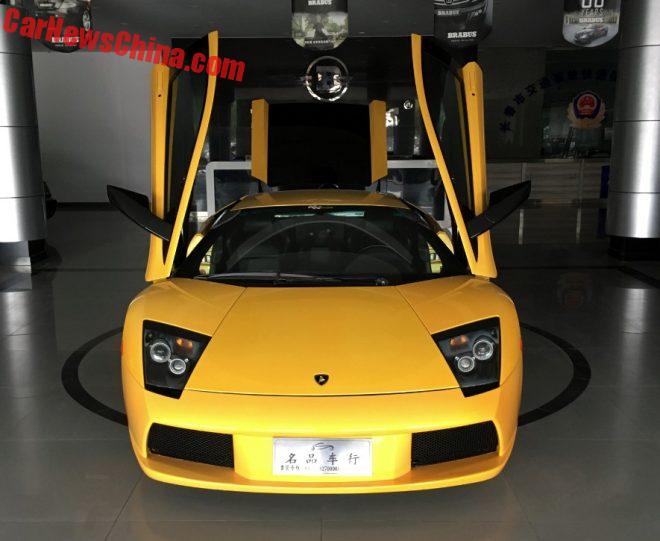 Still an incredible machine. Let’s hope someone takes her out for a ride sometimes. The highways around the city are very quiet at night… 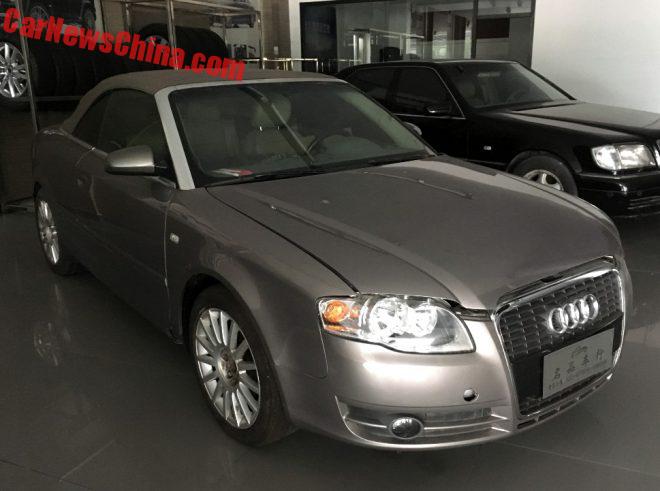 Audi A4 cabriolet. Sadly in a rather bad shape. Interior was used as a storage space for part boxes. The horror! 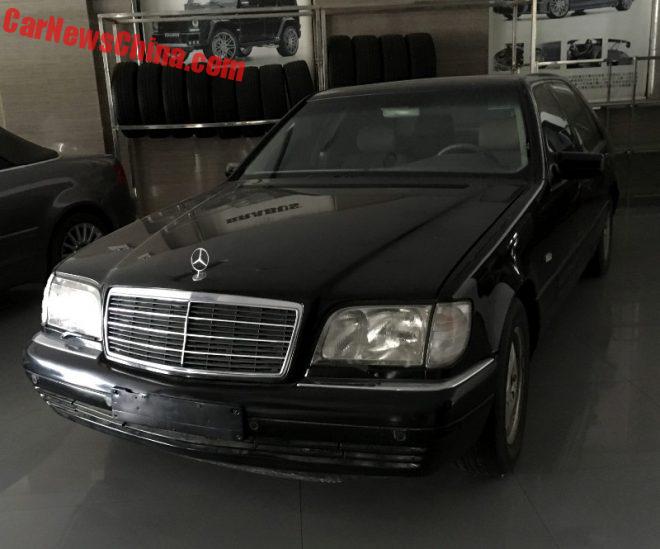