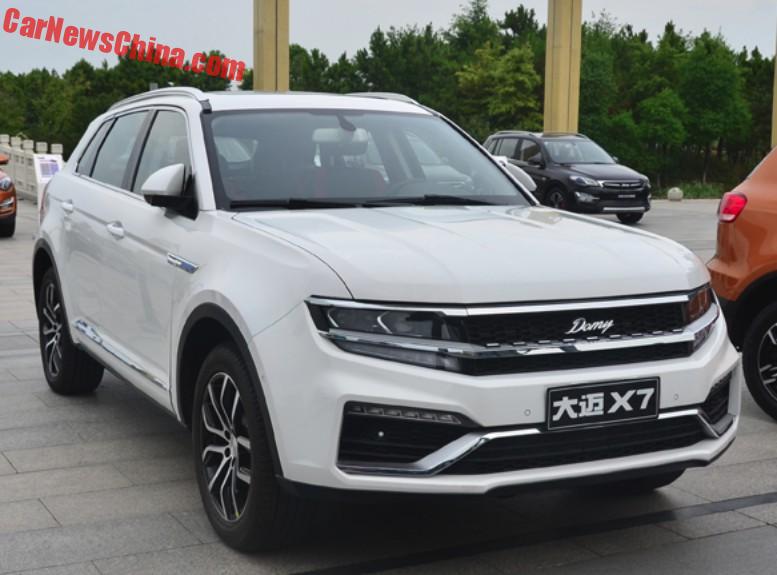 Zotye has officially shown the new Zotye Damai X7 SUV to the masses. The Zotye Damai X7 is a clone of the Volkswagen CrossBlue Coupe concept, marking the first time a Chinese auto maker clones a concept car. Congrats to Zotye for that. How innovative. Really. What’s next? The W12 Syncro perhaps?

Zotye is a cloning expert in any way, with a great like for Volkswagen. They did the the SR7 (Audi Q3), Damai X5 (Tiguan), the Zotye T600 (Audi Q5), and will soon launch the SR8 Porsche Macan. 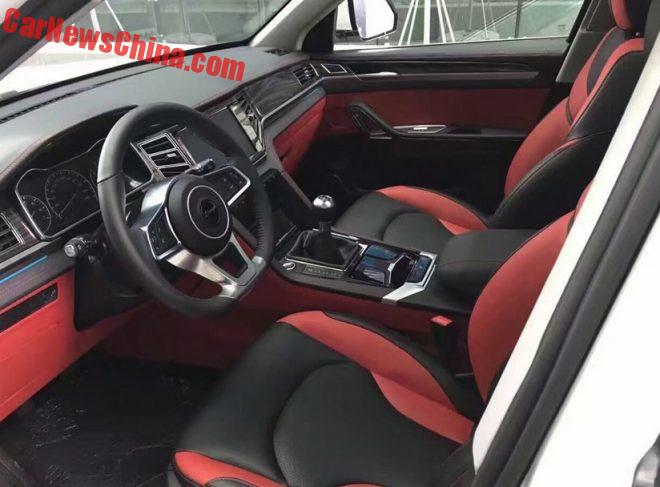 The engines are sourced from the Shenyang-Mitsubishi engine-making joint venture, a company that powers basically every vehicle made by smaller Chinese automakers, including Zotye’s own Damai X5, SR8 and SR7.

The Damai X7 will be launched on the Chinese in October. Price will start at 78.800 yuan and end at 153.800 yuan, which means the X7 will compete with all the other existing and future Zotye vehicles. That in itself is not a surprise, because all the cars of the current lineup already compete with each other, with similar prices, engines, and sizes. 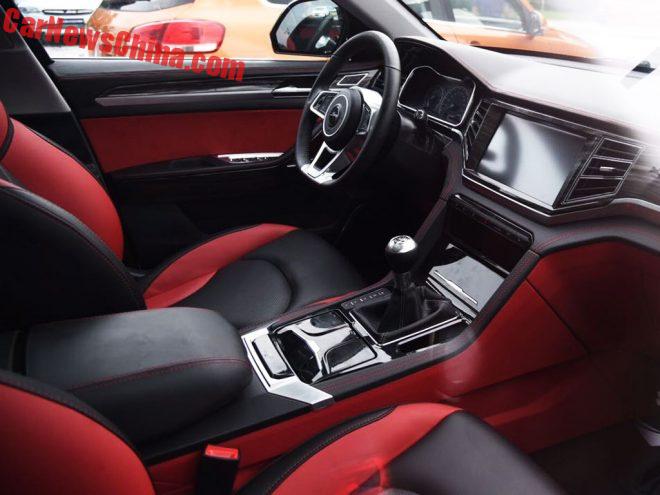 The interior too is cloned from the CrossBlue Coupe, up until the steering wheel. 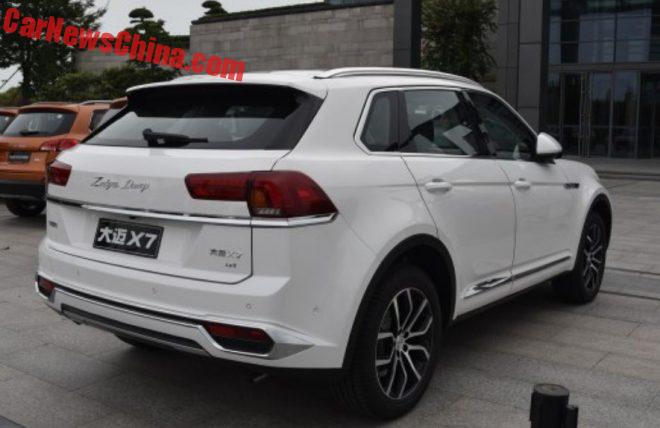 At least it has proper roof rails. 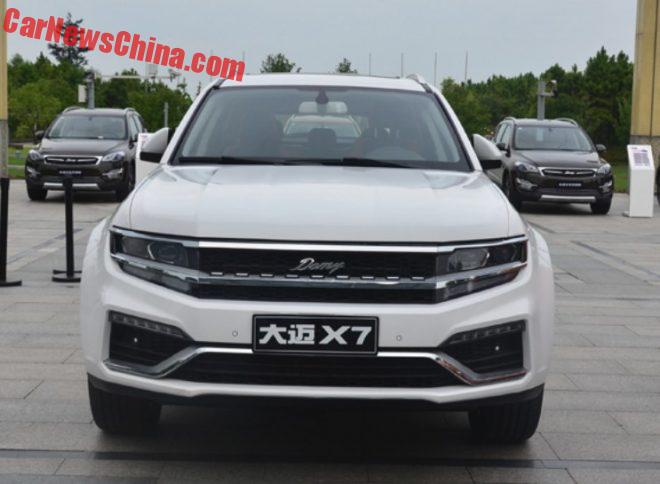 Damy badge on the grille. 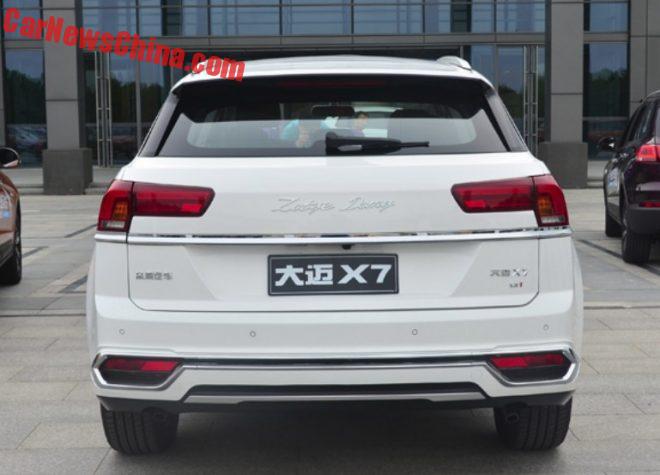 Zotye didn’t bother to design some racy exhaust pipe tips. The pipes are hanging sad and unglamorous under the bumper. 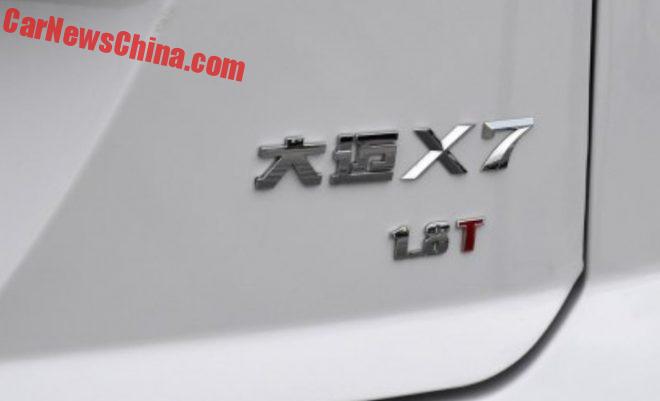