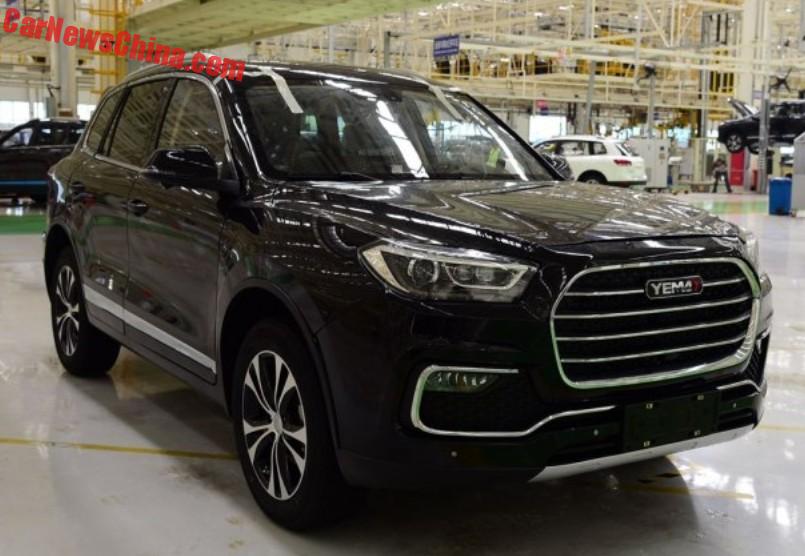 The best Spy Shots so far of the new Yema T80 SUV, the largest SUV Yema has ever made, featuring an impressive and very shiny grille. The T80 will debut on the Chengdu Auto Show in September, Chengdu being Yema’s hometown, and launch on the Chinese car market in October.

Design is actually quite nice. It sure has influences from Volkswagen, Audi, Infiniti, and Mercedes-Benz, but it is definitely not a clone.

The Yema T80 will be powered by a 1.8 liter turbocharged four-cylinder petrol engine with about 170 horses, mated to a six-speed manual or a CVT. Yema is also working on a 2.0 turbo with some 200 horsepower, that engine will join the lineup in mid 2017. 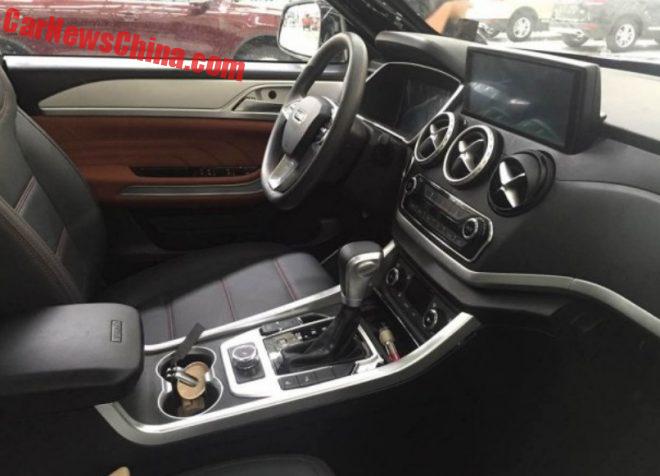 The interior is very Mercedes-like, especially the vents and the touch screen, but nevertheless impressive for a Yema. Seats are in black with orange lining, doors got orange panels. Instrument panel appears to be fully digital. Flat bottomed steering wheel for racy. 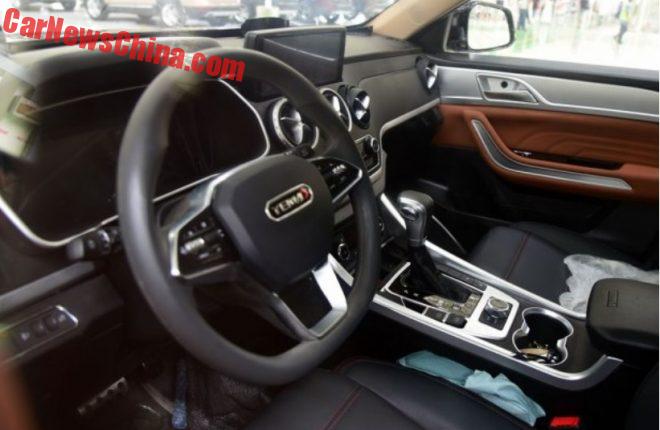 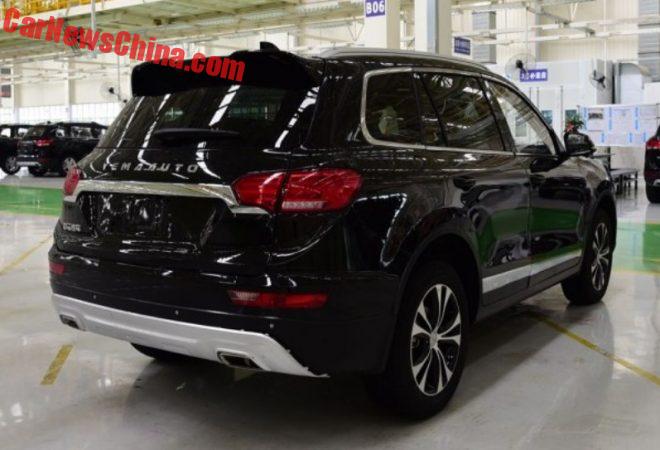 Proper roof rails, a shark fin antenna, and a big window spoiler. Rear lights fashionable small, connected by a shiny strip. Bumper with a large skid pad and two small rectangular pipe tips. Wheels are as usual too small and too narrow. There is so much more space in these arches!