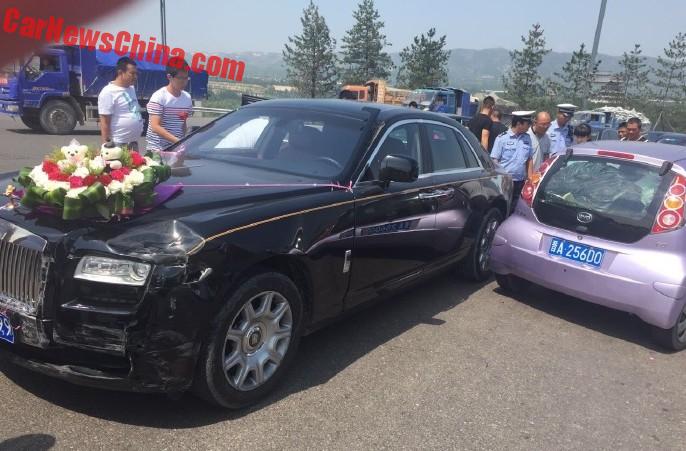 A dramatic accident in a rural area of Shandong Province. A Rolls-Royce Ghost wedding car, which was rented all the way from Beijing, crashed right into the side of a BYD F0 Toyota Aygo-clone mini car. The Roller was just on its way to a wedding so the happy couple was not inside.

A typical Chinese redneck, t-shirt up over the belly. The left side of the front of the Ghost looks heavily damahed. The BYD F0 looks all right from behind, but we can’t see any other side. Police arrived at the scene to sort things out. No serious injuries have been reported. 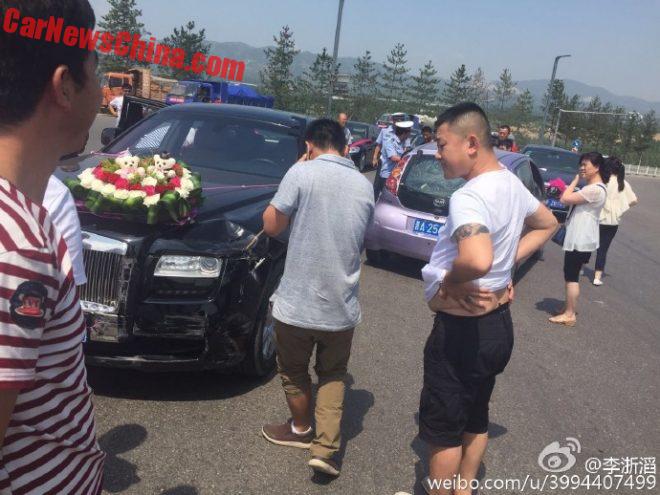 That is a nice bouquet, with two little stuffed bears in it, one with a black hat and one with a pink hat. How utterly romantic. The Ghost is painted in black and the F0 in light purple, a factory color. The Ghost sells for 4.2 million yuan, and the BYD F0, yes it is still in production, for 37.900 yuan. The repairs to the Rolls-Royce will probably cost at least four F0’s! 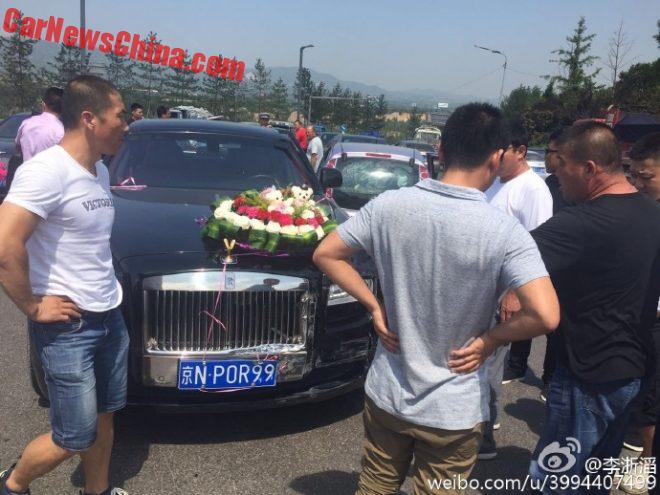 A whole flock of rednecks running around. Some of them were apparently in the Roller. 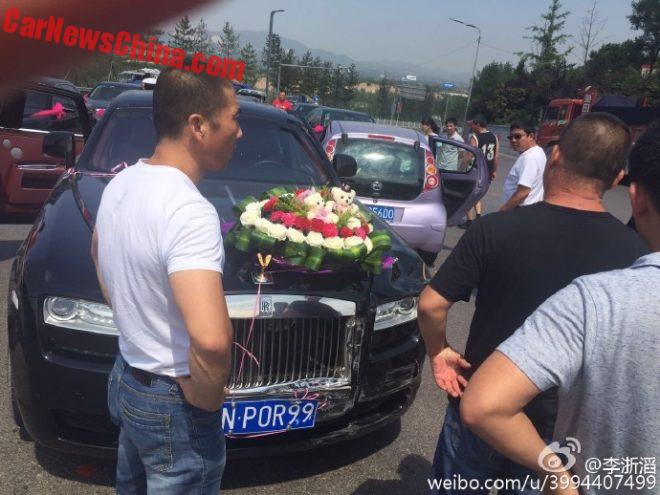 It became a long day, a long wedding day, down there in Shandong.