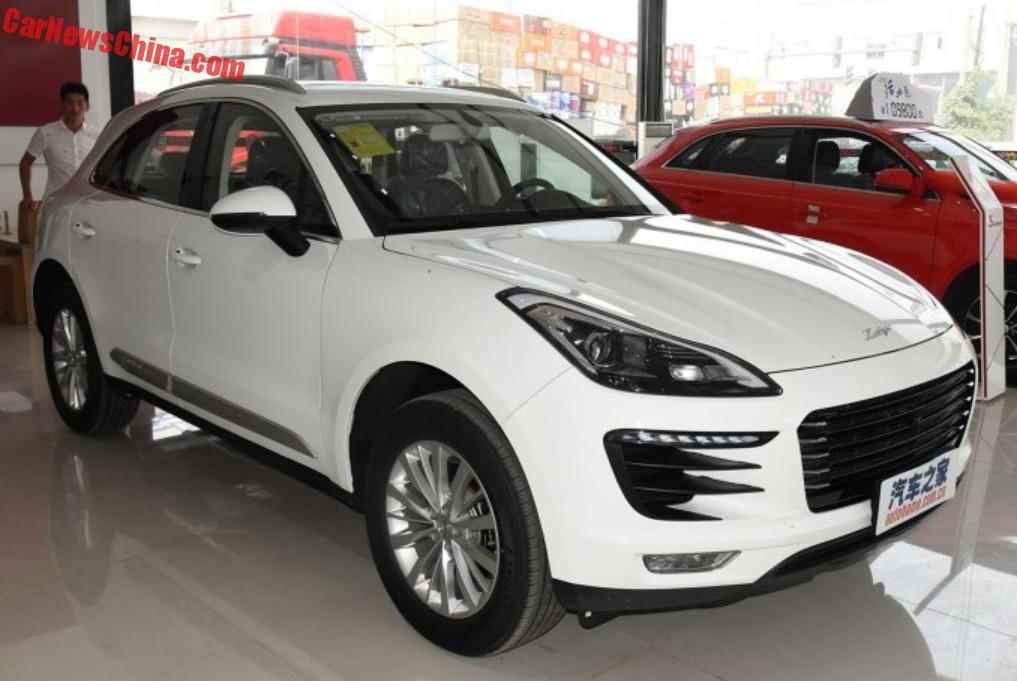 Starting with the big news; like we expected the Zotye SR8 Porsche Macan clone will be called the Zotye SR9 when it hits the Chinese car market on October 12. This kind of late name changes are common in China and business as usual at Zotye.

The Porsche Macan. Zotye did a pretty good cloning job, including even the mirrors and the plastic panels on the doors.

Engines: initially only one; a 190hp/250Nm 2.0 turbo. Next year a 150hp 1.5 turbo will join the lineup. The engines are sourced from the Shenyang-Mitsubishi engine-making joint venture, a company that powers basically all vehicles made by smaller Chinese automakers, including the infamous Landwind X7 Range Rover Evoque clone. Two clones, same engine. Transmissions for the SR9: five-speed manual or a six-speed DCT. 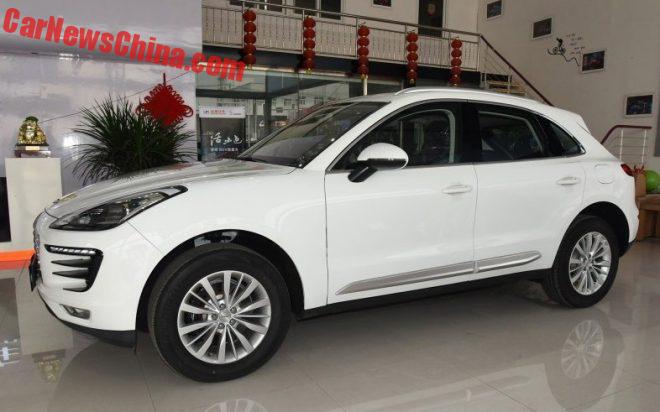 There is a load of roar about the SR9 in China, with some saying Zotye is a sh*t company that shouldn’t exist, others are applauding Zotye for standing up against a Western automaker (really). Others again say that the SR8 is Porsche’s own fault because the Macan is too expensive, others just see an attractive car for an attractive price.

The discussion about the Landwind X7 was very similar, and in the end the X7 has become the biggest sales success for Landwind ever. Even here in Beijing they are all over the place. Never seen much Landwind in the capital before the X7 arrived. Beijingnese considered Zotye too cheap and too countryside. Well, no more. Zotye hopes their SR9 will meet similar success. 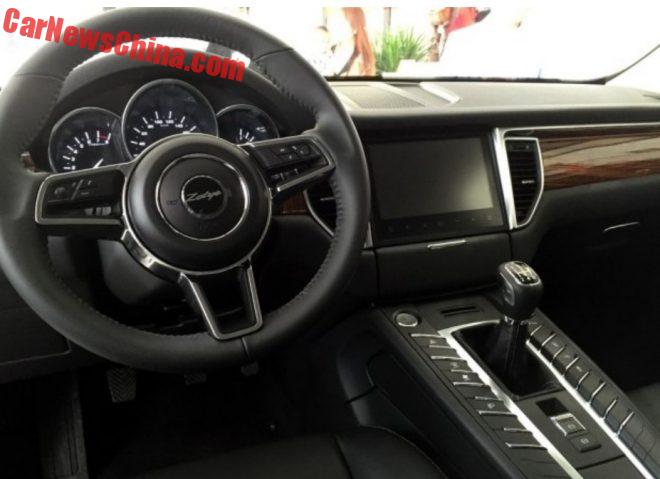 Zotye copied the interior too. 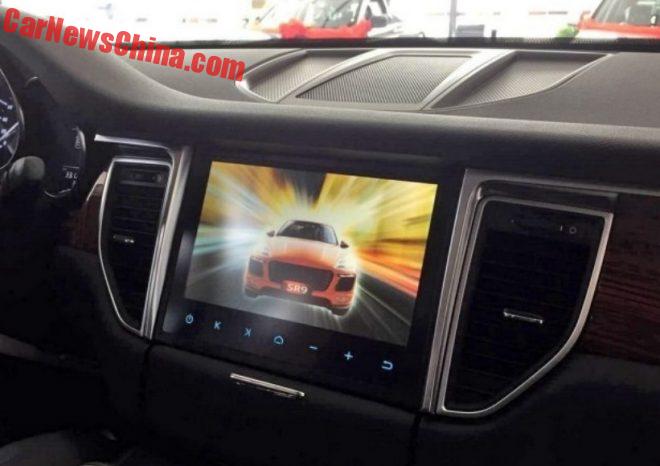 Ultra cool start screen for the infotainment system, showing a fiery red Zotye on speed. This appears to be a low-spec model without the digital instrument panel and without the clock on top of the dashboard. Compare with: 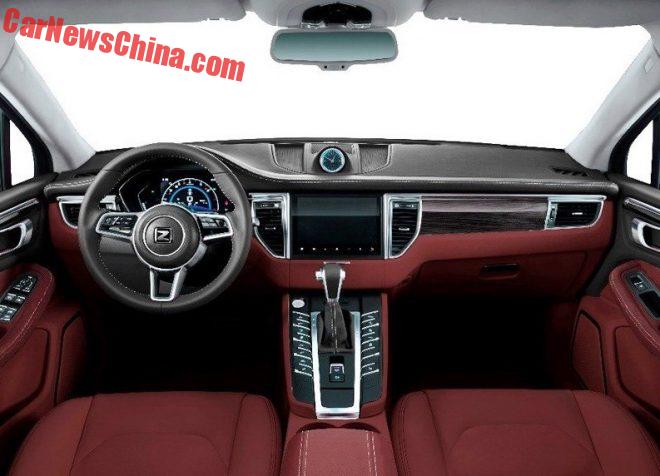 A high spec car with the digital panel and the clock in place. And compare this with the: 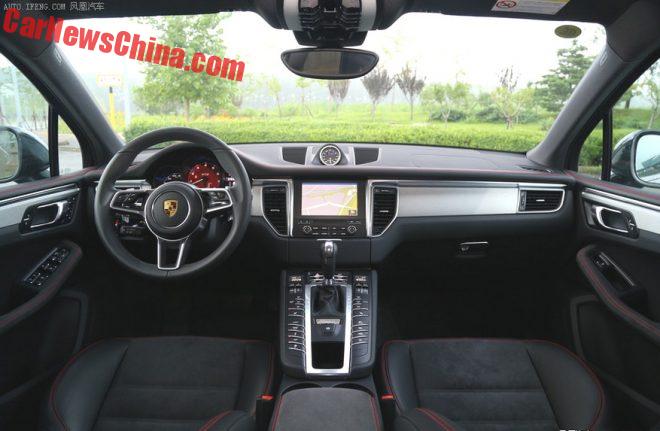 Porsche Macan. Note top-dash layer, center tunnel, steering wheel, panel around the mirror in the ceiling, and air vents. It is 99% the same. 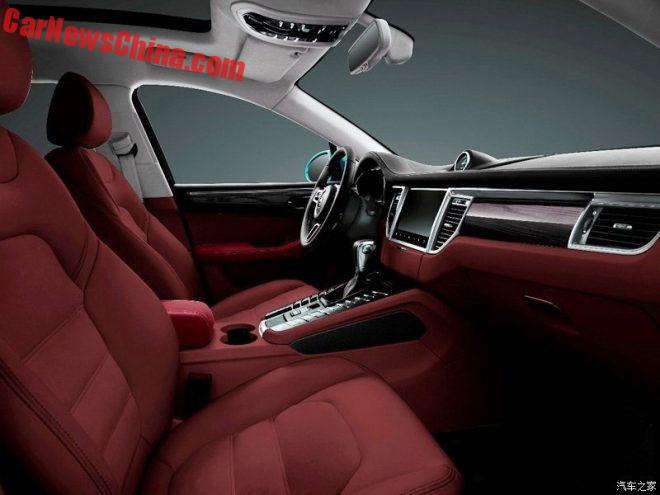 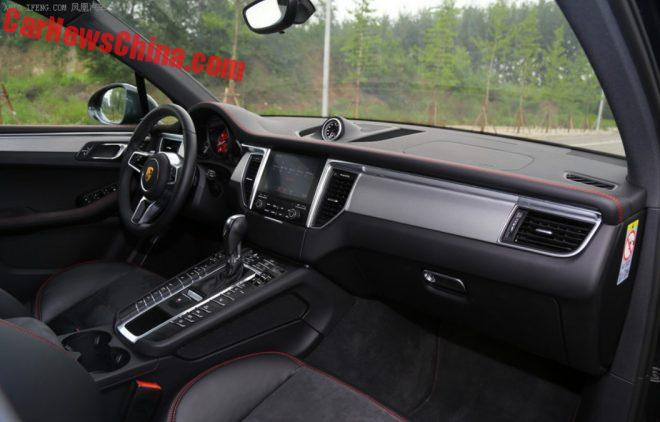 Porsche. Even the cup holders are in exactly the same place. 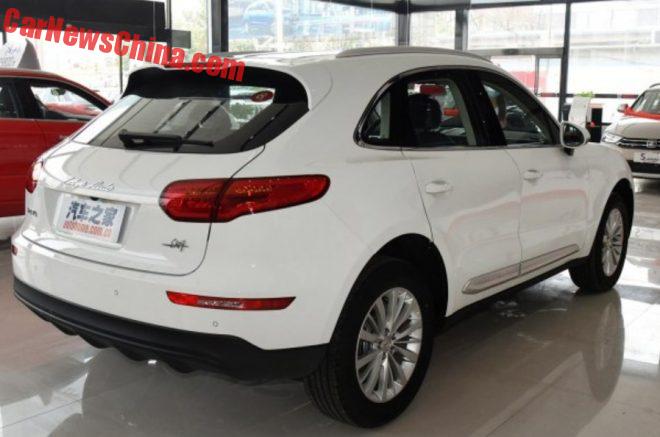 Zotye. Rear lights are large for late 2016. Most Chinese car makers are going for the new small-light fashion. 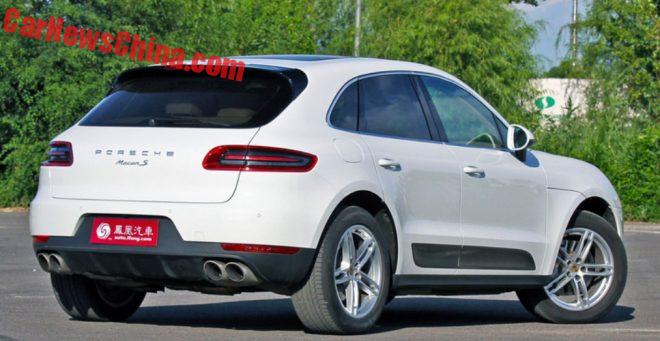 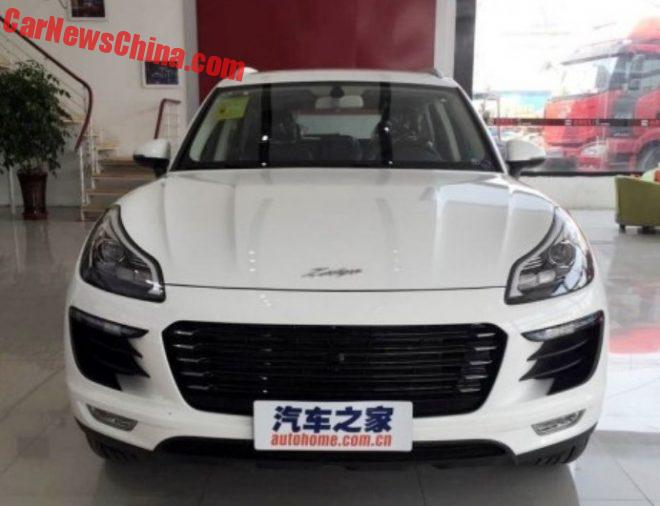 ‘Handwritten’ Zotye badge on the bonnet. Not very pretty. 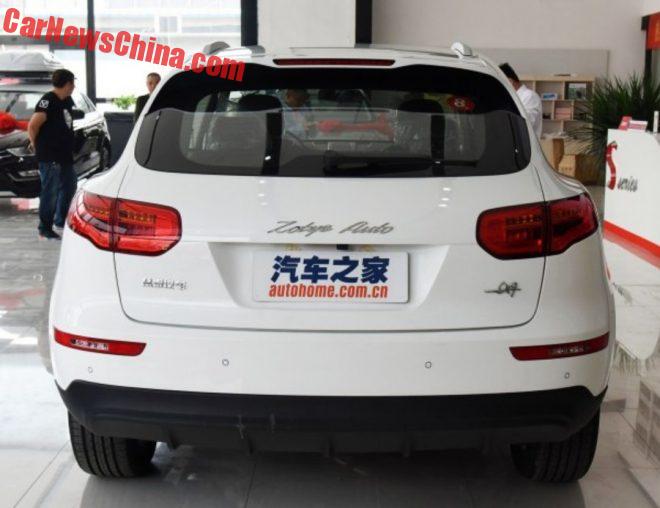 Zotye Auto badge on the back. The normal Z logo is nowhere to be seen on the outside. 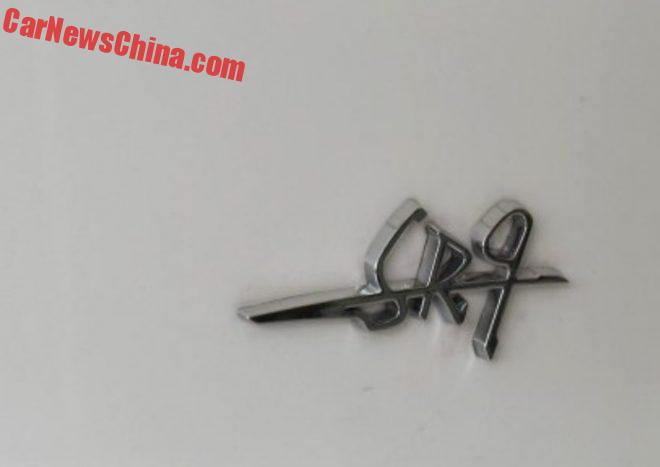