Clone Country: Hawtai Goes For The Ford Taurus In China 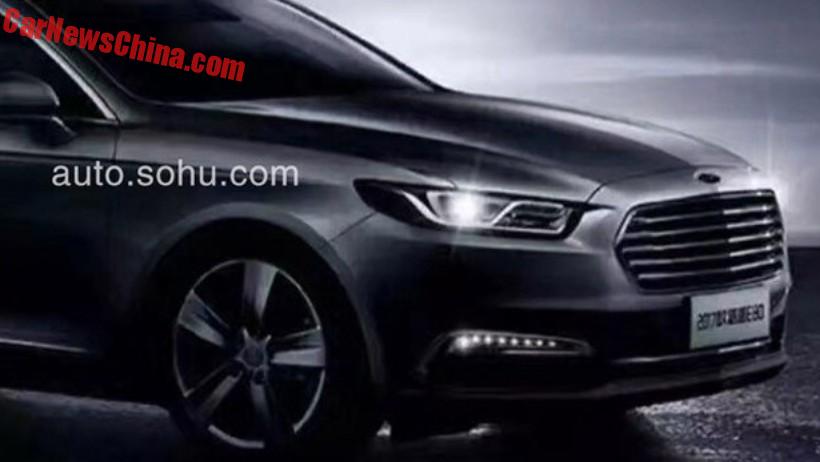 This is not a Ford. This instead is the first image of the new Hawtai Lusheng E80, a midsize sedan that will be launched on the Chinese car market next year. Hawtai took a good look at the Ford Taurus and copied the hood, grille, lights, bumper, A-pillar, and even the mirrors. Sadly we cannot see the rest of the car but we bet it will be Ford all along.

This is the Ford Taurus. It is a China-only car, manufactured by Changan-Ford. Price starts at 199.900 yuan and ends at 348.800 yuan. The Taurus is positioned above the highly successful Ford Mondeo (Fusion), which is made in China by Changan-Ford as well.

Price starts at 61.800 yuan and ends at 71.800 yuan, and that makes it one of the cheapest mid-size sedans on sale. Even so, nobody buys it and they are more rare on the road than a G63 AMG. Hawtai apparently hopes the new Ford looks will improve the E80’s chances. Well, maybe it works. A new engine might help as well, the 1.5 is underpowered, but is appears that it will continue unchanged in the new car.