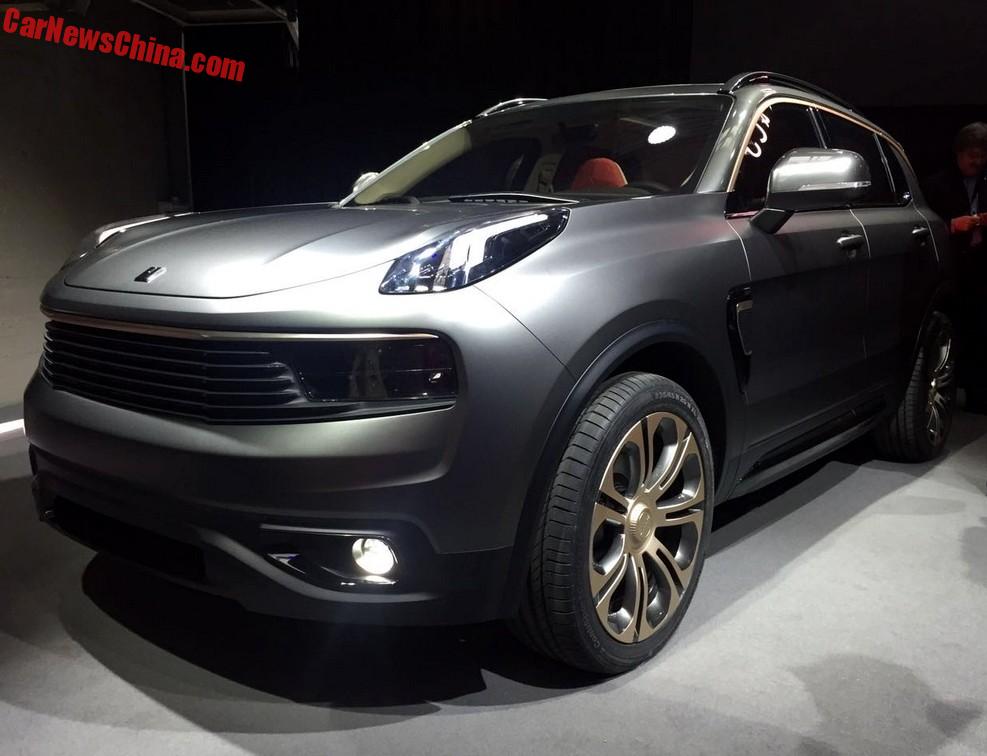 Geely launched Lynk & Co in Sweden last night and we have the first photos of their first SUV; imaginatively called the 01, and formerly known by its code name CX11. The Link & Co 01 has become a very good looking car. The lights, hood, and grille give it a very sporty stance. And there was more: they also had a racy four-door sedan concept car on display.

The interior looks very neat and very Volvo, look for example at the gear selector. The steering wheel is neat with chrome, leather, a flat bottom, and a Lynk & Co badge in the middle. The instrument panel appears to have an analogue clock in the center with a TFT screen on each side. The touch screen is angled to the driver and measures 10.1 inch. 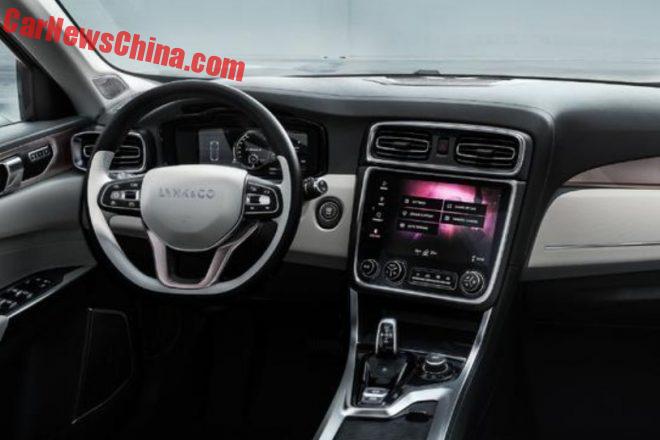 The Lynk & Co brand will launch the 01 in China in late 2017, followed by launches in Europe and North America in 2018. Lynk & Co will be positioned between the Geely and Volvo brands. It will compete against “mainstream” brands such as Ford, Hyundai, Toyota and Volkswagen.

New news on the engines: we already knew the 01 would get a Volvo 1.5 liter three-cylinder engine with about 180hp. That will the the base engine. It will be joined by a 1.5 hybrid with about 220hp,  four-cylinder 2.0 turbo, a 2.0 turbo hybrid, and by a full electric version.

After the 01 (CX11) another three cars will be launched, all based on the CMA platform: a sedan code named CS11, a hatchback code named CH11, and a crossover code named CC11.

Strangely we haven’t heard anything yet about the Lynk & Co link, which was supposed to be about interconnected cars and a car sharing program. The best we know is that the company is planning a two-way strategy: they will sell cars like any other brand, and they will offer a car sharing program where Lynk & Co will retain ownership of the vehicles. But there was no formal announcement about any of this on the event in Sweden. They apparently will release more information about all this tomorrow. How fuzzy and wuzzy. We will update this story if we get more. 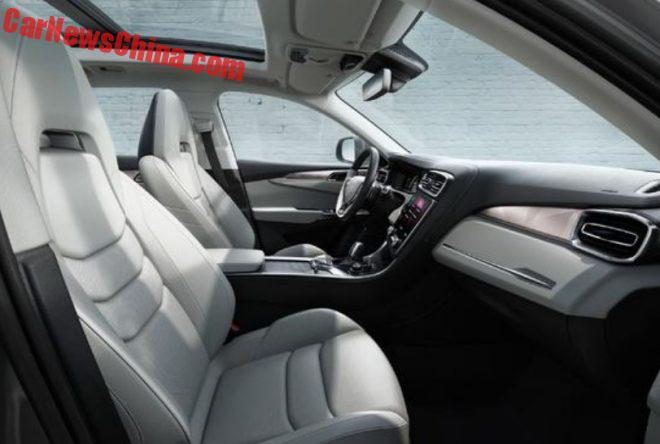 The Chinese name is Lingke (凌克) a meaningless translation of LYNK. The & CO part of the name has no translation in Chinese. As for the English name, Geely has also registered a “K by Geely” trademark, with the K referring to the K in LINK. 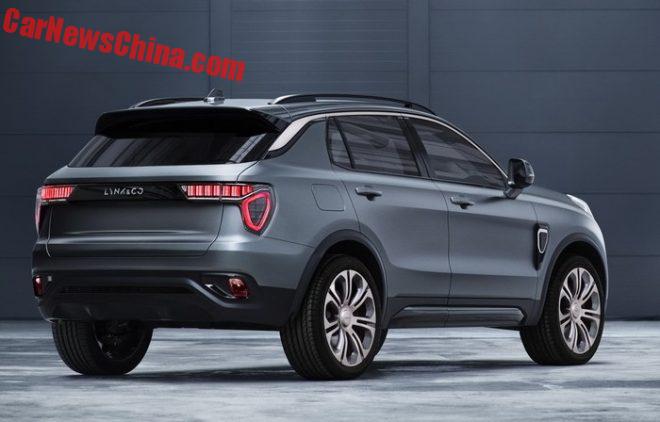 The rear looks great. Love the lights. Chromed line from A-pillar to rear window is a beauty. Wheels have the right size! And the roof rails… are properly useful! 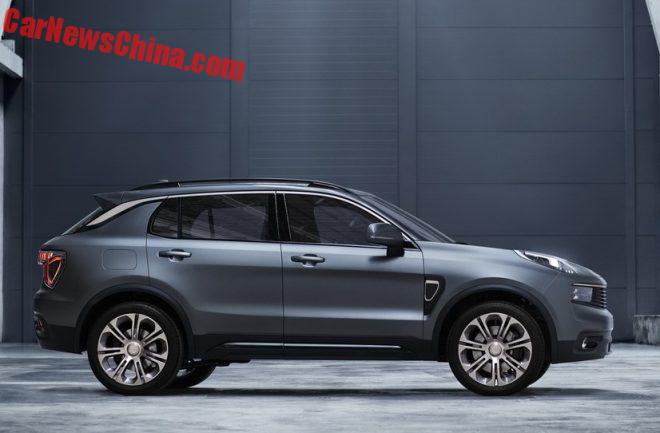 Side profile very nice as well. Black thingy on the front fender unnecessary, but okay, we can live with it. Front lights looks great. The 01 is at this moment in a semi-concept state, which means the basic form won’t change but details might differ on the final production version. 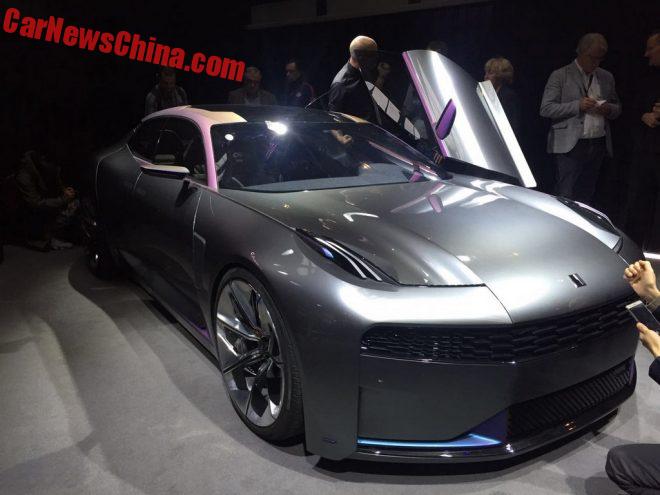 And this beauty is a four-door sedan concept without a name. Scissor-doors up front and suicide doors at the rear. It looks very racy and we totally approve of the pink roof. The concept loosely previews the aforementioned CS11 sedan. 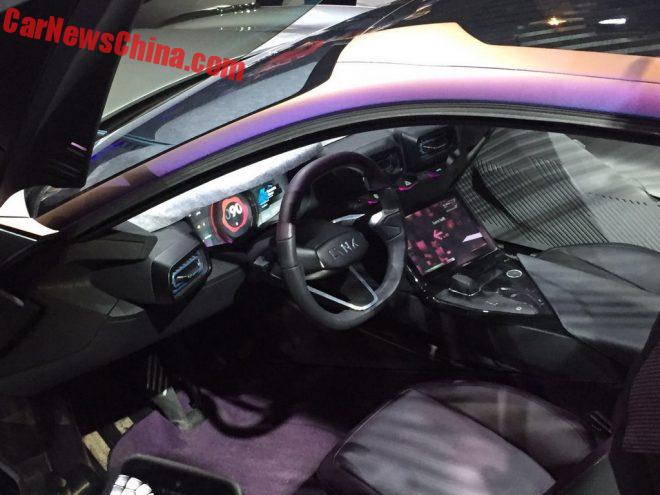 The interior doesn’t look that crazy. Pretty much production ready in fact. Steering wheel will go of course, but otherwise realistically enough. Screen seems to be about the same size as in the 01 SUV. 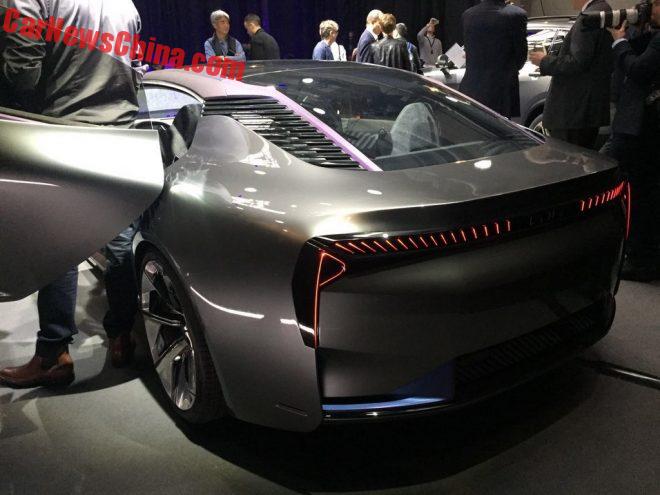 Rear end indicates the CS11 is going to have a sporty fastback design. Just think away the vents in the D-pillar and add other lights and you more or less got the production car.

Two good looking cars, a promising platform and with promising engines. Sounds like a promising brand. But I just can’t stop wondering why they invest all that money and time in a completely new brand instead of spending it on Geely and Volvo..?