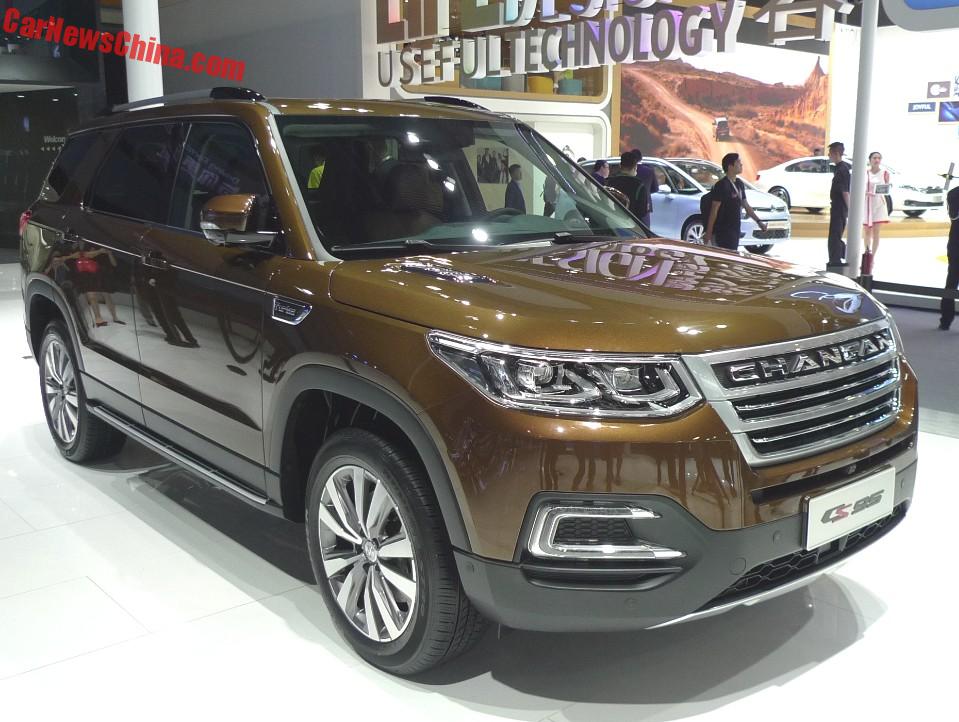 The production version of the Changan CS95 SUV for China has been unveiled on the 2016 Guangzhou Auto Show. Sadly, it doesn’t have the ultra cool grille of the semi-concept that debuted in April, but it is still a fine looking car. The grille is now of the common kind, with the Changan name in the top frame.

The CS95 is the largest passenger car Changan Automotive has ever made. It will compete with cars like the Trumpchi GS8 and the Haval H8. It has seven seats in a 2/3/2 setup. Power comes from a 2.0 turbo with a hefty 233 horses and 380nm, mated to a six-speed automatic ‘box, sending power to all four wheels via Changan’s NexTrac AWD system. Interestingly, Changan says that their self-developed TF-81SC gearbox can handle up to 740nm. 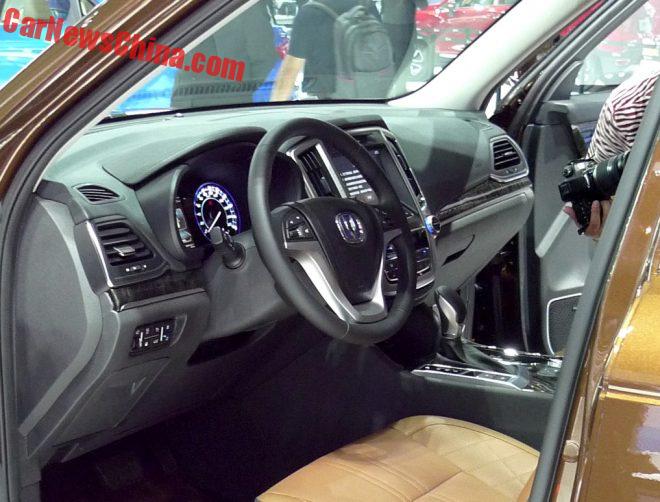 The dash looks a tad too gray but brown orange seats are very nice. Dials may look digital but they are really analogue, just with a lot of fancy little lights. 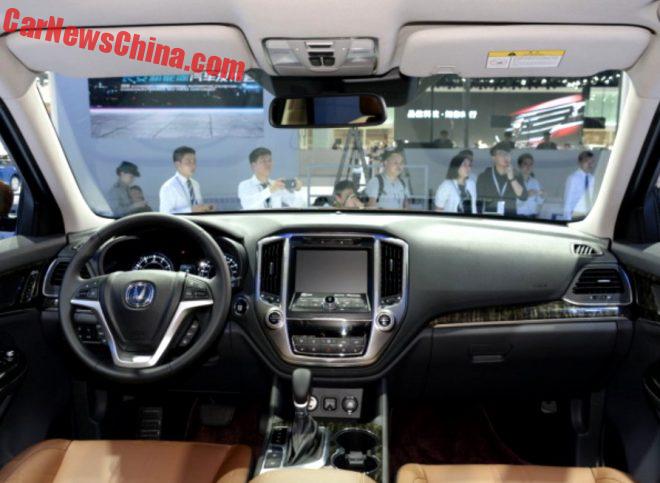 Wood panels are nice and give a touch of luxury. The touch screen is just big enough for the segment. The infotainment system has Baidu CarLife and WiFi. 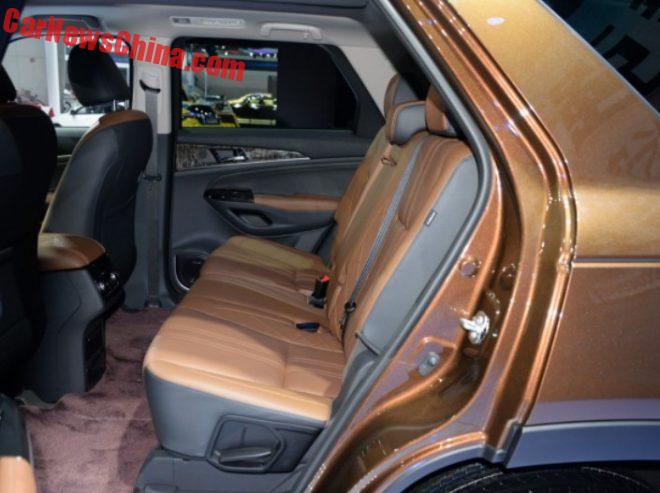 Brown carpet and orange seats. The seat can slide forward to allow access to the… 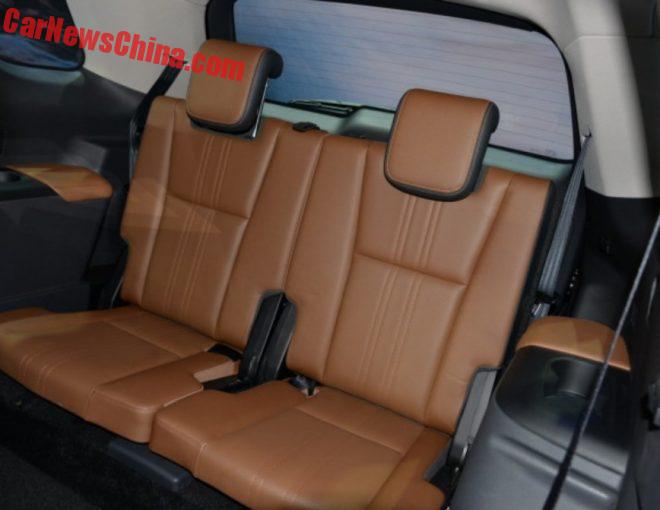 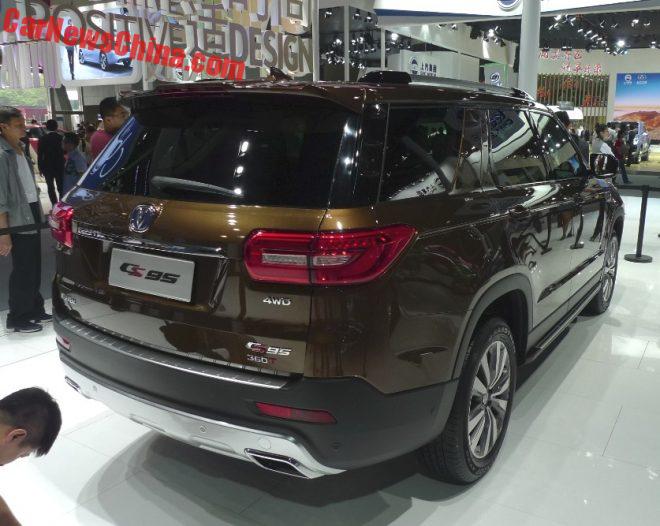 Proper rails on the roof to attach the canoe to. Light units look great. Bumper with integrated pipes. The whole car looks solid and neat, just not very exciting. 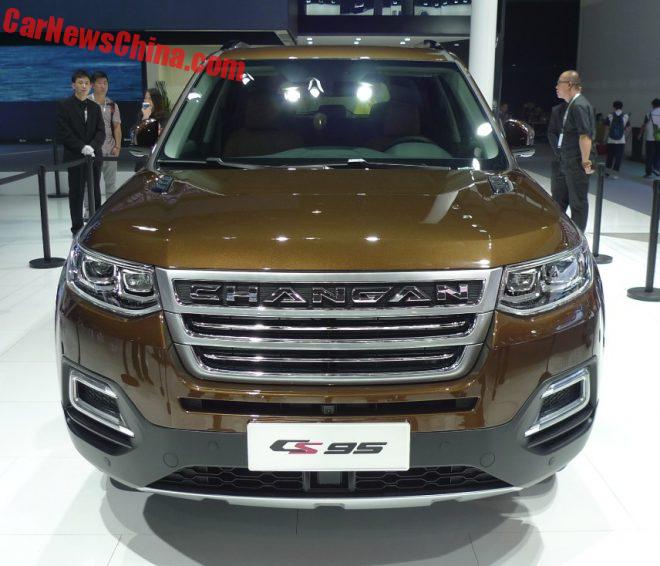