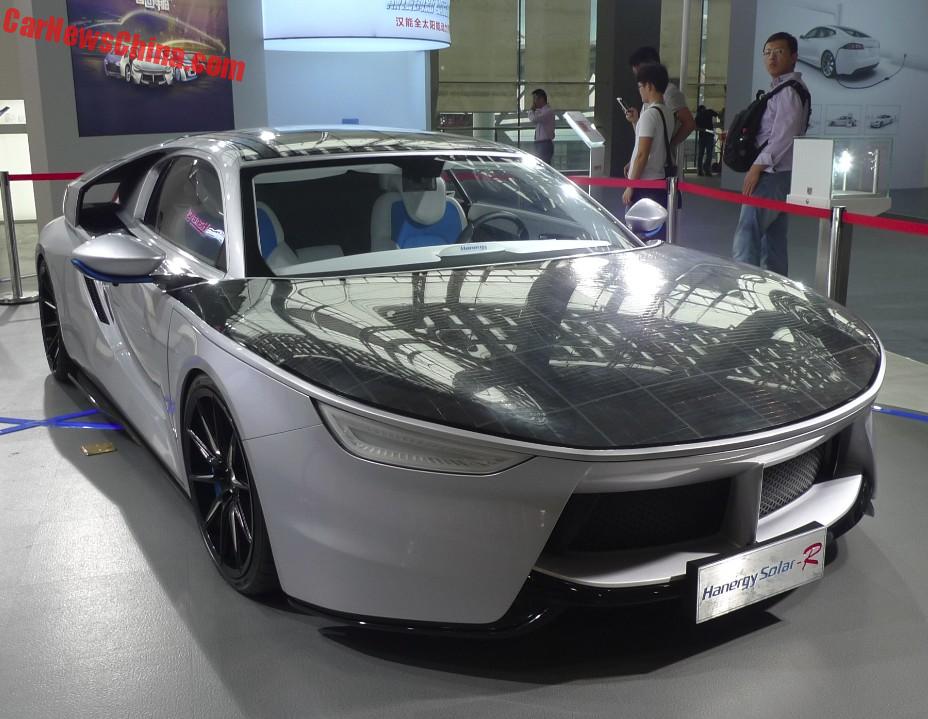 Hanergy launched four solar-powered concept cars in July, but I hadn’t seen any in person yet. Happily, the company had a booth on the Guangzhou Auto Show, showing the sporty Hanergy Solar R. It has solar panels on the hood, on the roof, on the entire rear deck, and on the surfaces besides the side windows

Hanergy is a large clean-energy company and one of the largest thin-film solar cell manufacturers in the world. Hanergy is also the owner of U.S. based Alta Devices, which it bought in 2014.

Much of the technology used in the solar panels that cover the Hanergy cars is based on Alta Devices AnyLight, which was devised as a range-extending technology for electric vehicles.

Hanergy is planning to use this technology to build fully-solar powered passenger cars. The company says the current solar energy conversion rate of its high-end cells is 31.6%. This is expected to go up to 38% in 2020 and 42% in 2025, which would make a fully-solar powered car possible, according to the company.

They also claim that under “ideal circumstances” a fully solar-powered drive with the Solar-R is possible, but only for a very short distance at a very low speed.

In the meantime solar panels can be perfectly used as a secondary power source. Hanergy is investing big in this technology. Earlier this year the company announced a cooperation with Foton to build solar panels on top of their electric buses, where the panels will work as a range extender.

The company furthermore says it has agreements with various Chinese specialty-vehicle manufacturers to add solar power to the likes of recreational vehicles, tour buses, and catering trucks. Here the sun will be used to power electrical devices in the car, like the air conditioning, screens, and lights.

The Solar-R concept car was designed by Beijing-based design firm CH Auto, it is underpinned by the same basic platform as the Qiantu Motor K50.

It has two electric motors, one at the front and one at the rear. Hanergy did not disclose any information about power and batteries. The Solar-R uses four square meters of thin-film solar cells. 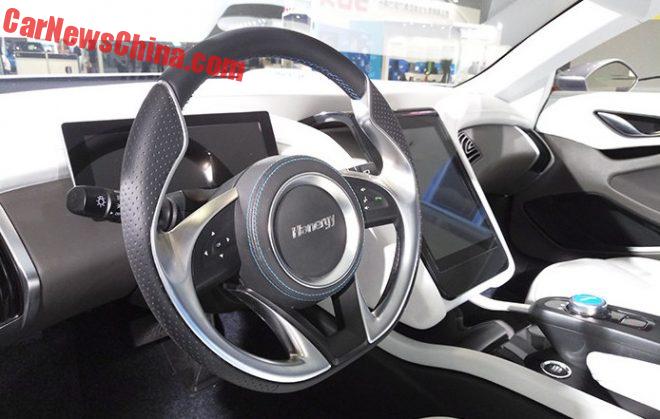 The interior looked very good and solid for a concept car. A racy steering wheel, horizontal screen for the instrument panel, a large touch screen in the middle, and a trendy blue drive selector dial. The infotainment system wasn’t on when I was there but it does work. 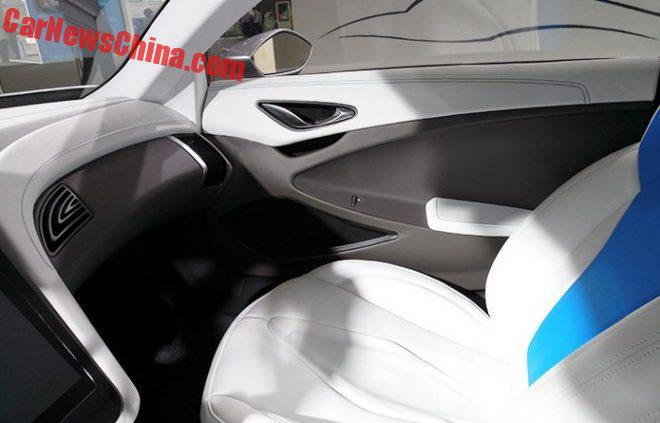 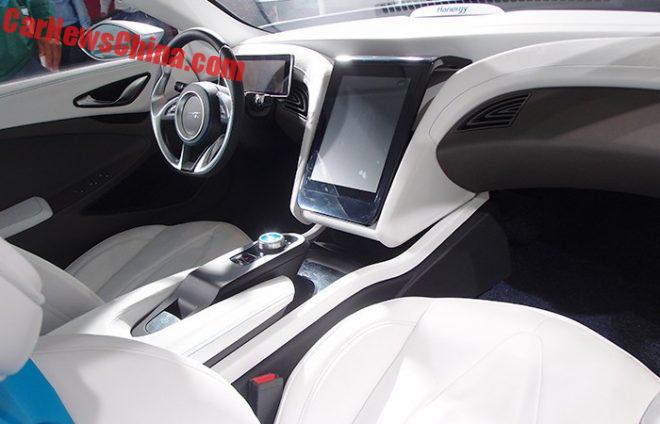 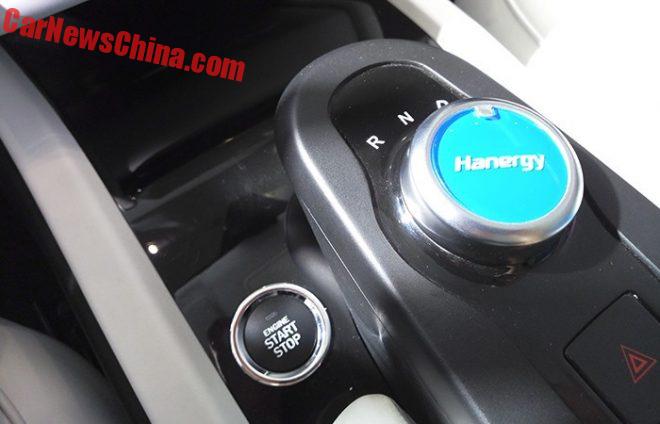 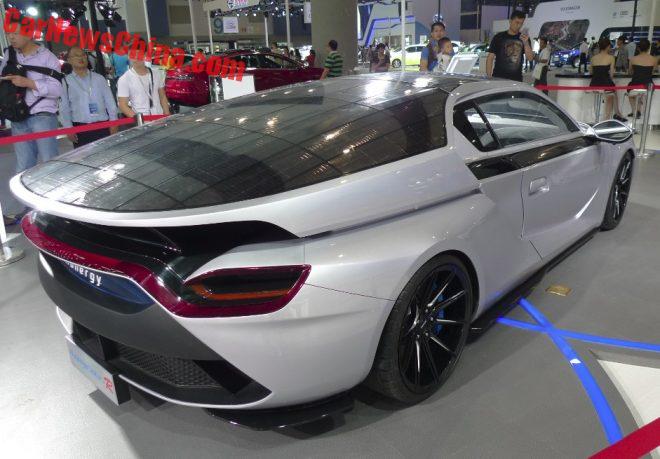 The enormous panel of the back measures just over 2.4 square meters. There is no rear window. The shape of the rear is designed to reduce drag. Wheels look properly racy low profile tires, black alloys and blue brakes. 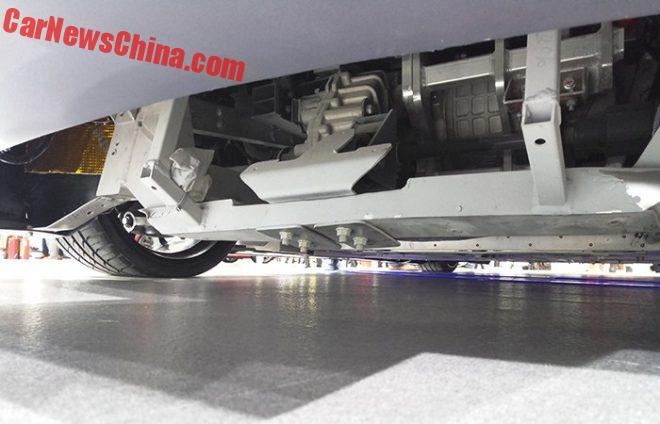 The electric motor at the rear. 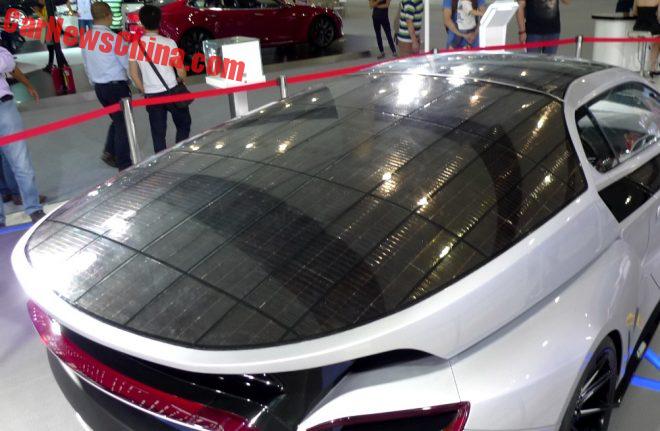 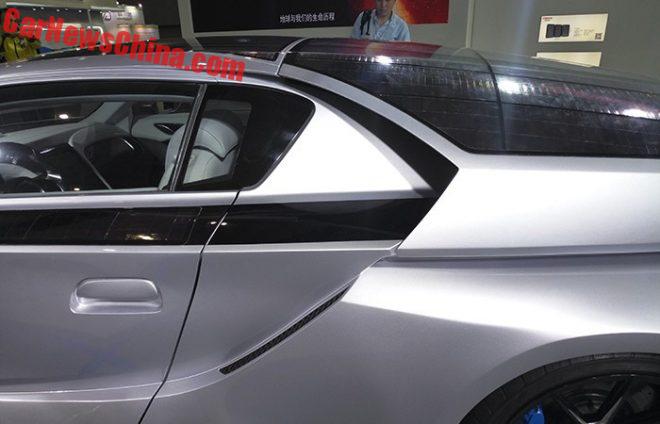 Solar cells get hot and they work better if they have cooling. The massive rear panel gets cooled down from below. The air enters through the inlets behind the doors, and exits… 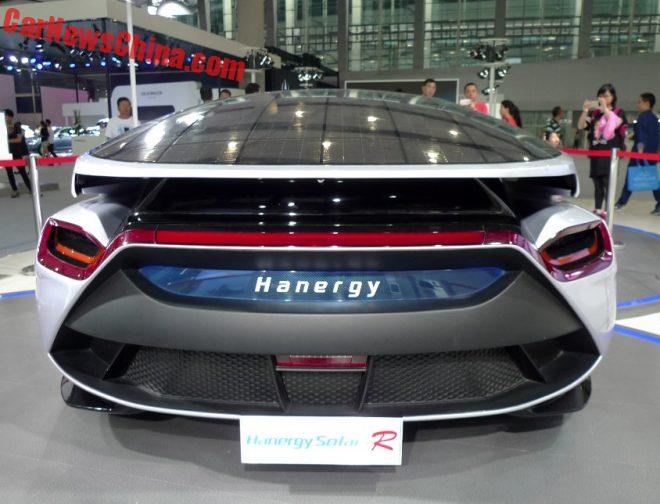 … through the open space between the rear solar panel and the rear deck. 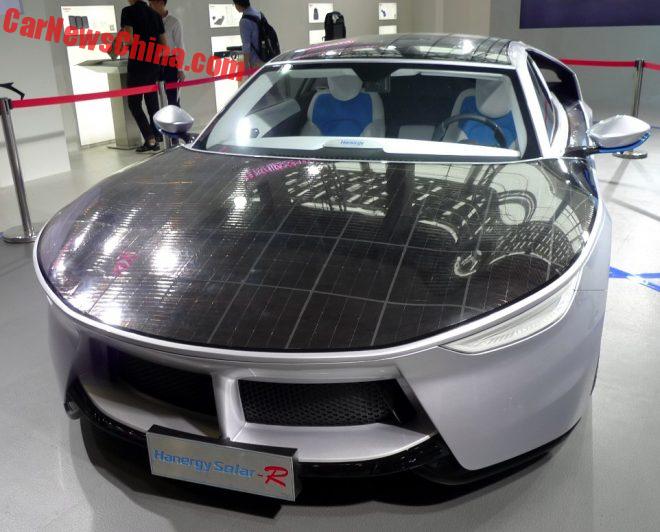 A solar powered sport car is a great idea. With a proper range it will find buyers. It would help a lot if the batteries could also be charged in a conventional way. The company admitted as much. They said their first series of solar powered cars, expected around 2025, will have a standard charging system as well. But in the future further away they think they can do without all that, saving weight in the process, and going full solar. I asked when; “long time, long time”, they said, with a smile.