More On The Hanergy Solar Powered Cars From China 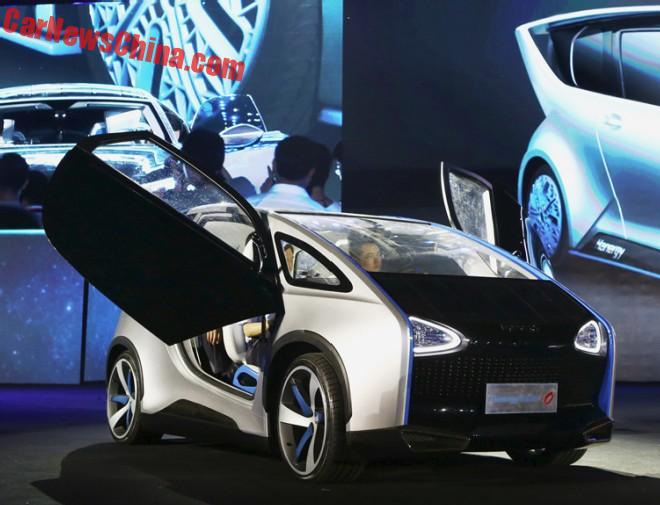 The Hanergy solar-powered cars have caused quite a stir. We now have new information on the cars and the company’s plans. Production of the first solar car is two to three years away. The cars are fitted with a standard lithium-ion battery and can be charged at any charging station. The solar panels function as an extra source to extend range. In the future Hanergy wants to make fully solar-powered cars.

Hanergy is a large clean-energy company and one of the largest thin-film solar cell manufacturers in the world. Hanergy is also the owner of U.S. based Alta Devices, which it bought in 2014.

Much of the technology used in the solar panels that cover the Hanergy cars is based on Alta Devices AnyLight, which was devised as a range-extending technology for electric vehicles. 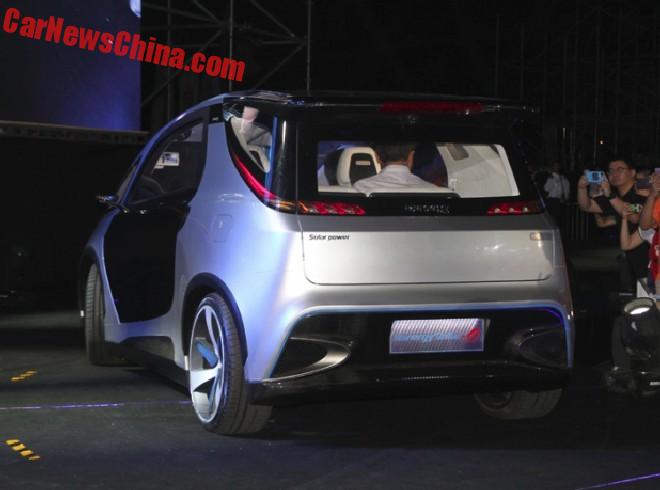 The Solar 0 is designed for car sharing schemes in big cities, driving short distances. Its solar panels have a size of 3.5 square meter. The panels are located in the roof and on the hood.

When the vehicle is not moving the windshield functions as an additional panel, bringing the total solar panel size to 4.2 meters. A full solar charge in full sunlight takes five to seven hours. Range on solar power alone is 50 to 60 kilometer.

Hanergy didn’t disclose the exact combined range (solar + battery). They only said that combined range was about 350 kilometer for each of the four cars, which seems a bit odd since each vehicle’s solar-range differs, and size varies a lot. 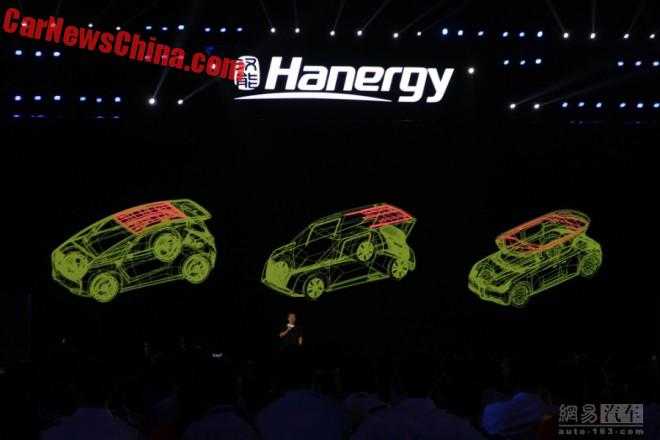 The Hanery Solar 0, Solar A, and Solar L, showing their roof-based panels in red. 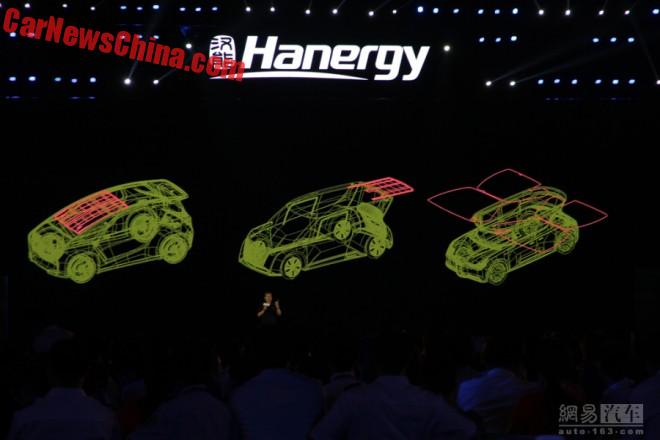 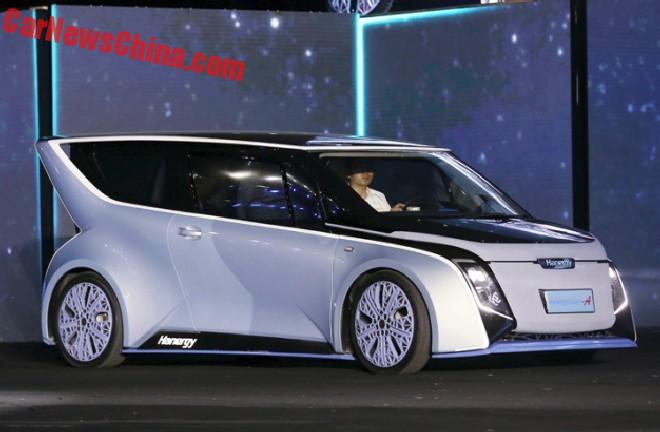 The Hanergy Solar A is designed to resemble a yacht. It has solar panels in the roof and on the hood. It also has solar panels behind the windshield on top of the dashboard. The energy these panels generate is used to power the car’s infotainment system.

The solar panels have a surface of five square meter, this goes up to 7.5 meter with the extended rear panel. Charging takes five to six hours in full sunlight. Range on solar power alone is 80 kilometers. 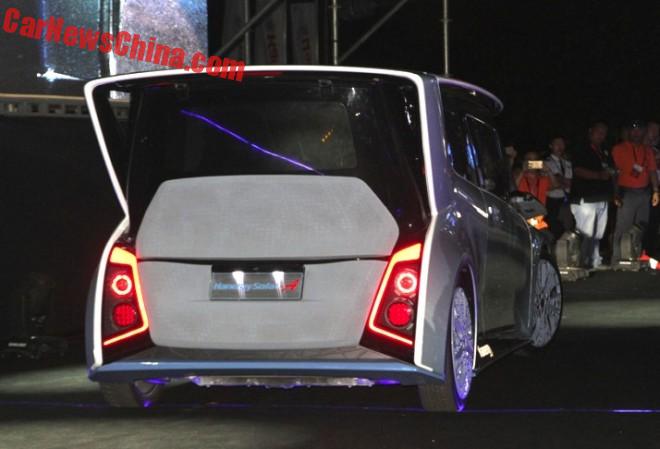 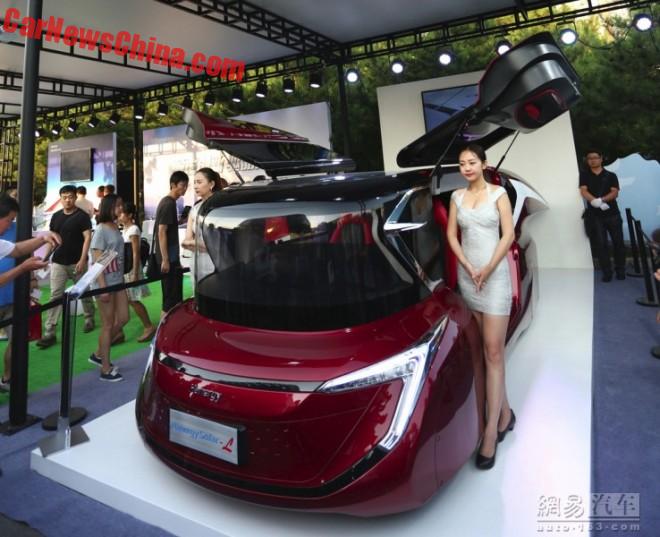 The Hanergy Solar L is the most futuristic car of the four. It has large gull wing doors, four individual seats, and a very slippery body. You are looking at the front here. Hanergy hasn’t disclosed many details. The body is made out of carbon fiber, resulting in a curb weight of 700 kilo. Its solar panels have a surface of six square meters. Hanergy didn’t say how much the folding panels would add to that, but on the image above it looks like the total surface would at least tripe. 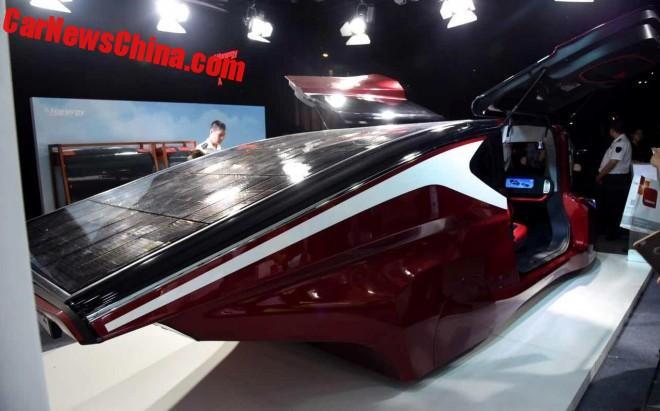 Hanergy Solar L. It is just over six meters long. 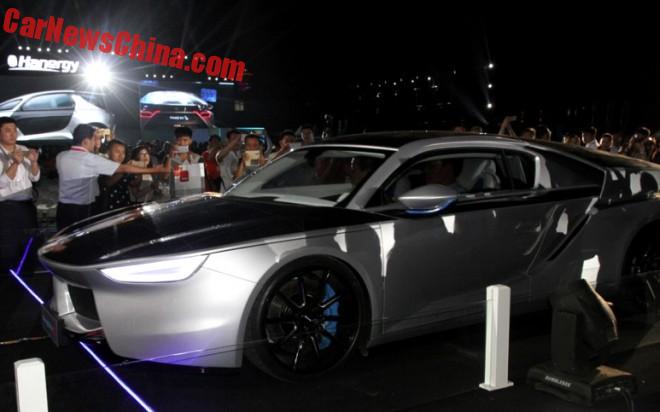 The Hanergy Solar R previews a sportscar. It has solar panels on the hood, on the roof, on the entire rear deck, and on the surfaces besides the side windows. The R has two motors, one over the front axle and one over the rear axle. Power from the solar panels and battery can be steered to any motor or to both.

The R does not have extending or foldable panels. Hanergy did not disclose any more information, but we have since learned that the body of the Solar R was designed by Beijing-based design firm CH Auto, and that it is underpinned by the same basic platform as the Qiantu Motor K50. 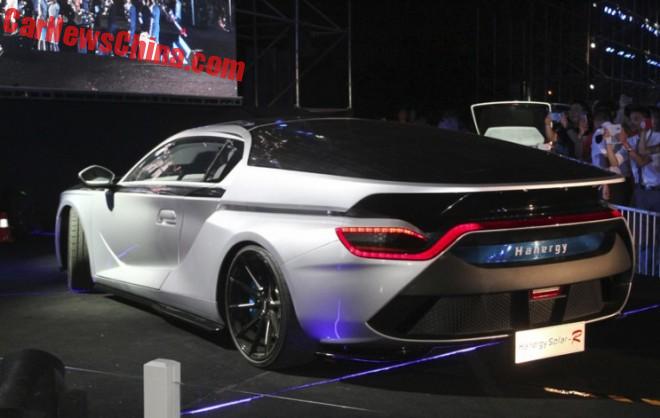 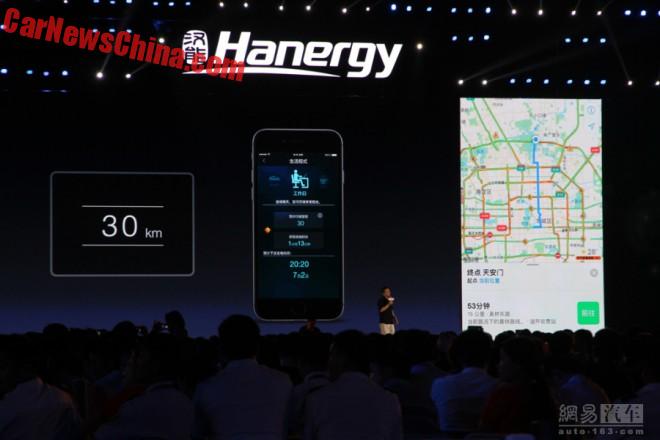 And as usual with these launched there was also a lot of cloud and app speak. The connectivity does the usual things like keeping an eye on the battery, finding a vehicle in the car sharing scheme, and finding charging stations. One thing however is rather special: the system can also find nearby places with high sunlight intensity, for the fastest solar-charge. That is seriously clever stuff.

The whole idea is rather smart, and there are many real-world applications already. Hanergy announced a cooperation with Foton to build solar panels on top of their electric buses, where the panels will work as a range extender. The company furthermore says it has agreements with various Chinese specialty-vehicle manufacturers to add solar power to the likes of recreational vehicles, tour buses, and catering trucks.