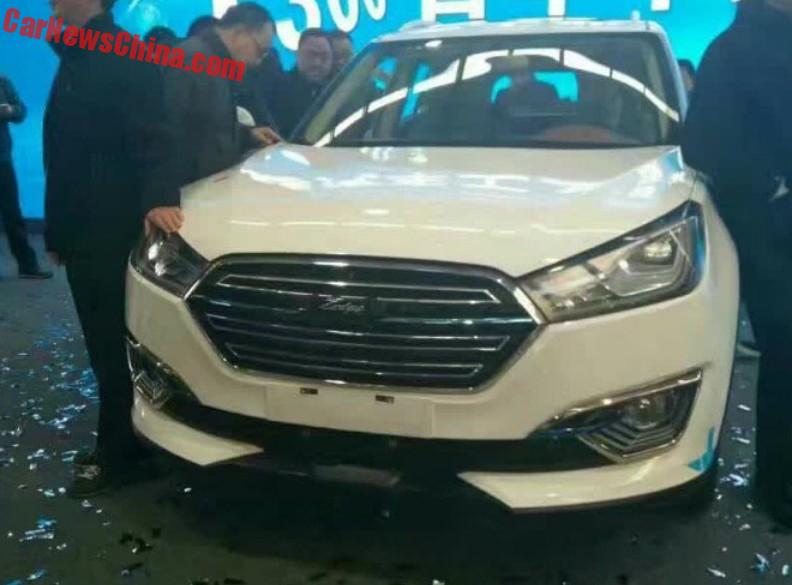 This is the production version of the Zotye T300 SUV. It debuted in concept form on the Beijing Auto Show in April and the real thing will be launched on the Chinese car market in the first half of 2017. The car on the photos is the EV version, seen on a Zotye dealer event. 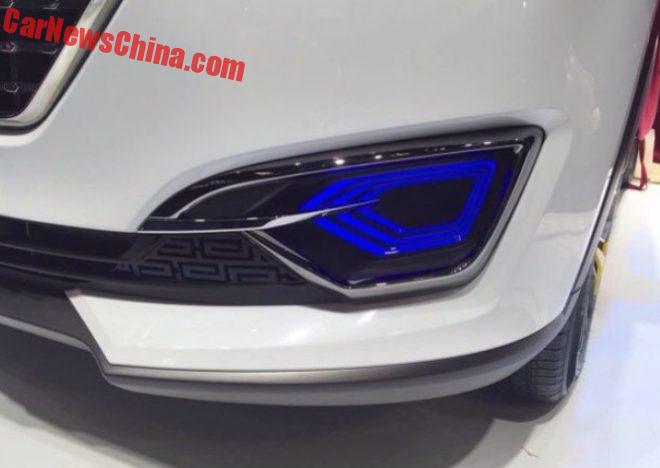 The concept had blue LEDs in the bumpers and it seems they have made it to the production car. 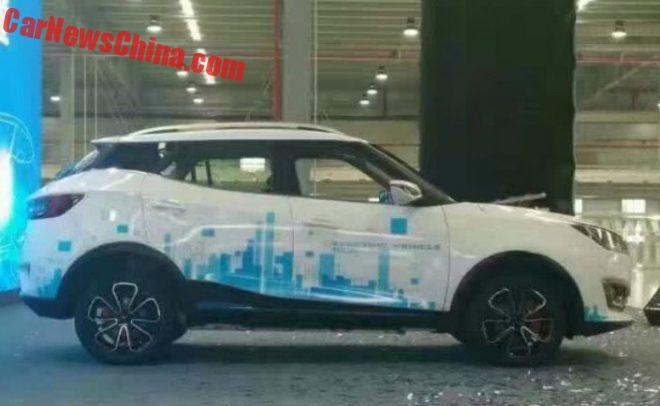 The T300 is the first zotye in a long while that isn’t a clear copy of another car. Good. 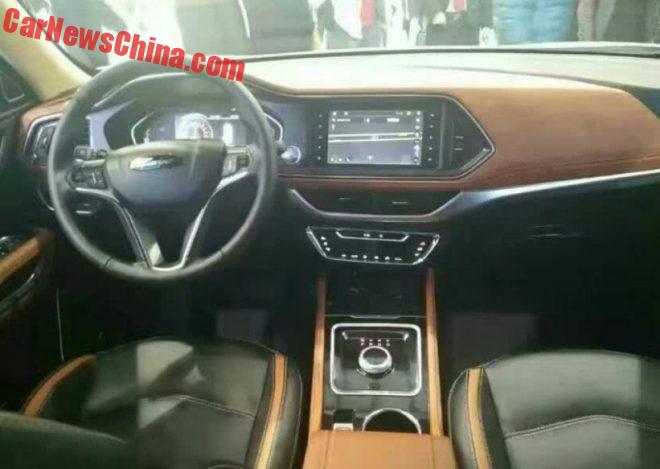 The dash is a beauty. Zotye is really getting into digital, and they are doing a great job. Fully digital instrument panel and a large touch screen. Drive selector button. 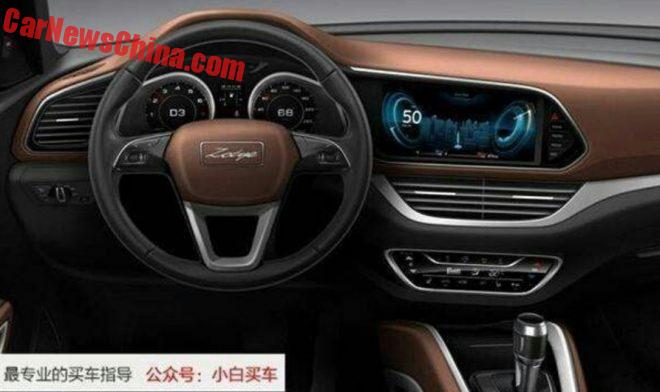 Earlier on this image leaked, showing the petrol version with a trendy shiny gear lever instead of the selector button of the EV. Dials and screen look stunning. 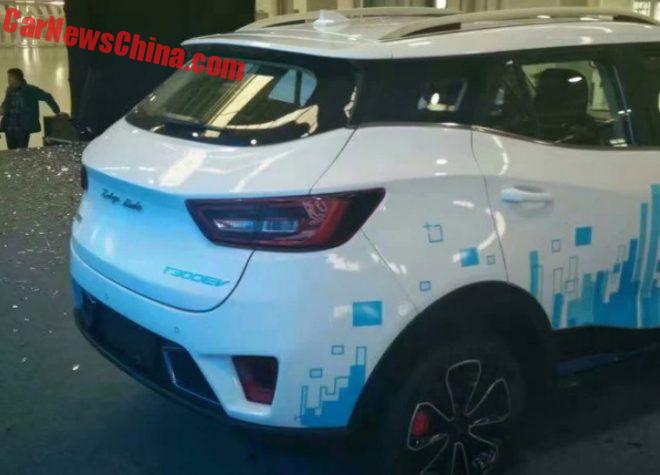 And the EV version will be called… T300EV. Blue is the color of green cars in China and the t300EV has a lot of it. Badges are blue, and there is an entire blue city stickered on the sides. 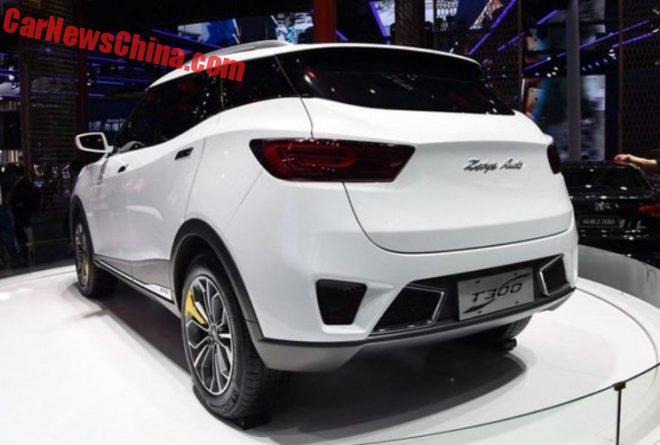