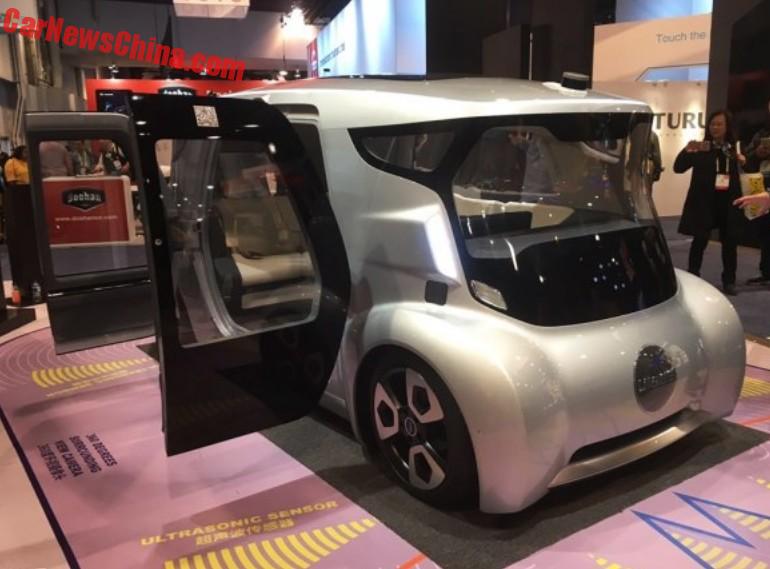 Faraday Future isn’t the only Chinese company on the CES 2017. There is also UiSee, which showed this interesting Urban Mobile Box, a fully electric and autonomous vehicle designed to transport people in semi-closed environments such as universities, theme parks, factories, and resorts. 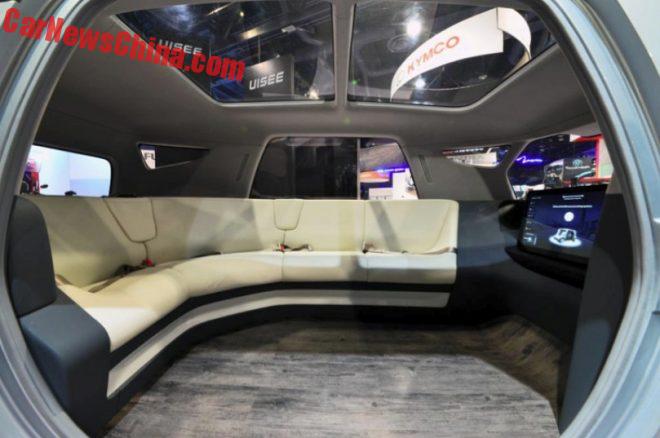 The Urban Mobile Box seats seven on a comfortable sofa, with a large sunroof for that roomy feeling.

It is equipped with various sensor sets including ultrasonic sensors. It can drive fully autonomous or on remote control. It charges wireless. Sadly the company hasn’t disclosed any information about the electric motor or batteries. Trial operation with prototypes on a university campus in Beijing will start this year. Production of the first series, dubbed 1.0, is scheduled to start in 2018. UiSee will outsource the actual production the an existing car maker, but hasn’t said which one. 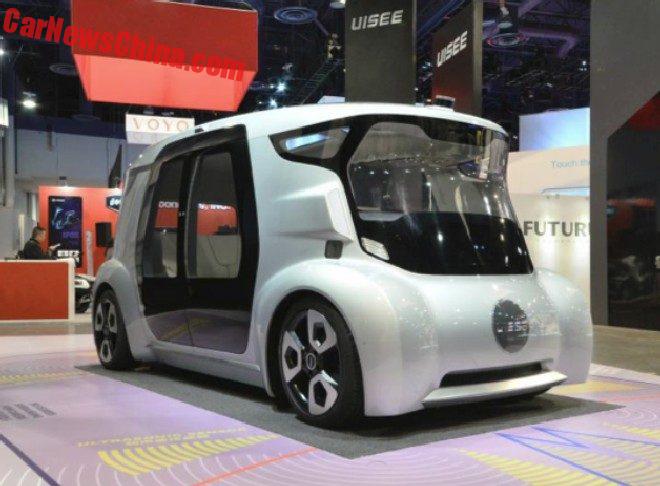 It certainly looks very modern and trendy. Sensors on the roof. Large double door on the side.

UiSee is a startup based in Beijing, it was founded in 2013 by a team consisting of ex-university and ex-software industry whizkids. They have a mirrored image of a very wild looking Ferrari on their homepage, which is neither electric nor autonomous. 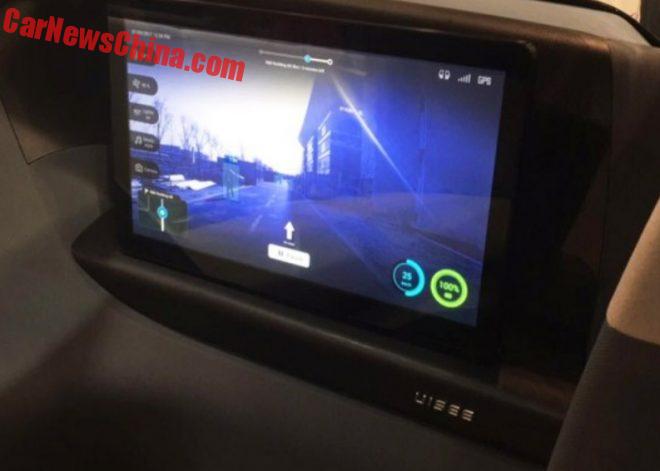 The main screen inside the Urban Mobile Box. All the software was developed by UiSee, including the operating system. 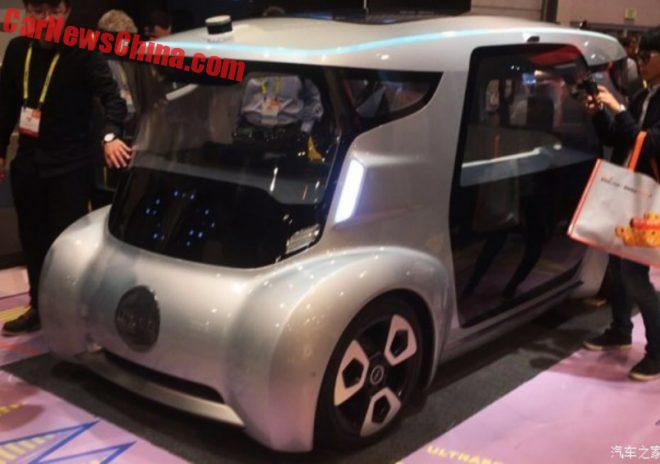 Soon on a campus near you..?