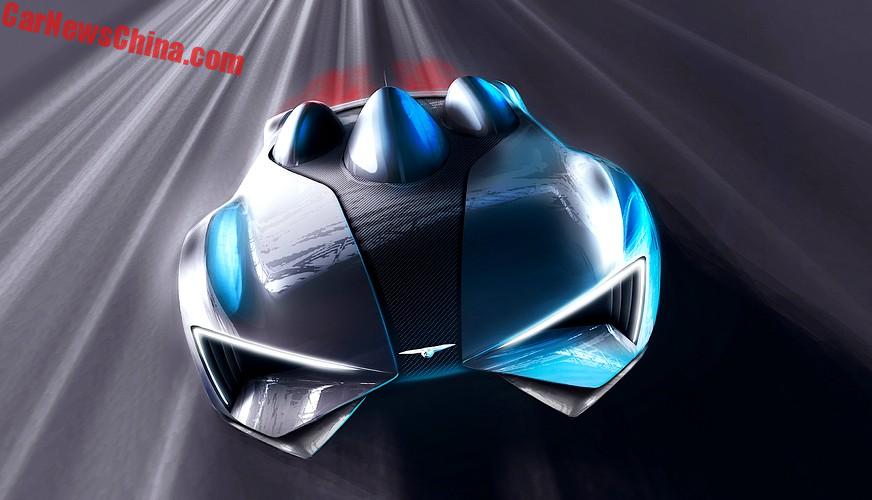 Last year China’s TechRules surprised the Geneva Motor Show with the GT96 TREV supercar. TREV stands for Turbine-Recharging Electric Vehicle, combining an electric motor with a turbine. This year the company will be back with two cars: an extreme racy concept as seen on the first photo and… the production version of the GT96.

This is another image of the concept.

TechRules is a Beijing-based company and they now have a very fancy website with an English news page. They are owned by China Zhiyue Tengfeng Technology Investment Corporation, also known as TXR-S. They do have a website, but only for the mail.

This company is involved in compressed-air technology for cars, specialty fibers, renewable energy, and aerospace technology. They have close ties with the state-owned space conglomerate CASIC and with ChemChina, a large state-owned chemical company.

The TechRules cars are designed with input from Fabrizio and Giorgetto Giugiaro. The chassis of the production version of the GT96 has been tuned by L.M. Gianetti, an engineering and racing firm. Great names make for great cars.

The first image of the GT96.

Last year they explained the power train like this: it combines six electric motors with a gas turbine range extender. Battery is a 720W/20kW lithium-maganese-oxide unit. Each rear wheel is powered by two electric motors, and each front wheel by one. Each motor weighs only 13 kilo. The gas turbine does not directly power the wheels, it is only used to generate electricity for the electric motors. The turbine can run on natural gas or methane gas.

The front end of the production car, looking speed.