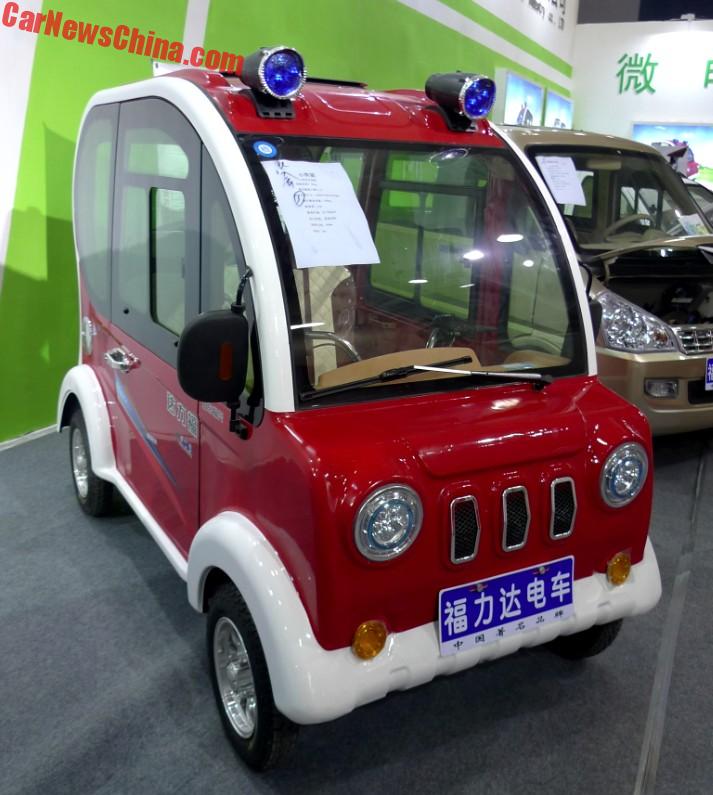 Jeep has given us the Renegade but that is not really a small car. This little beauty is, and this big big world needs more small small Jeeps. She is called the Fulidai Red Panda, a new LSEV that I met on the the 2017 Jinan EV Show. It is a two-door three-seat hatchback with a Jeep nose and blue lights. It also has white bumpers and wheel arches, sporty wheels, a sun roof, and blue search lights. 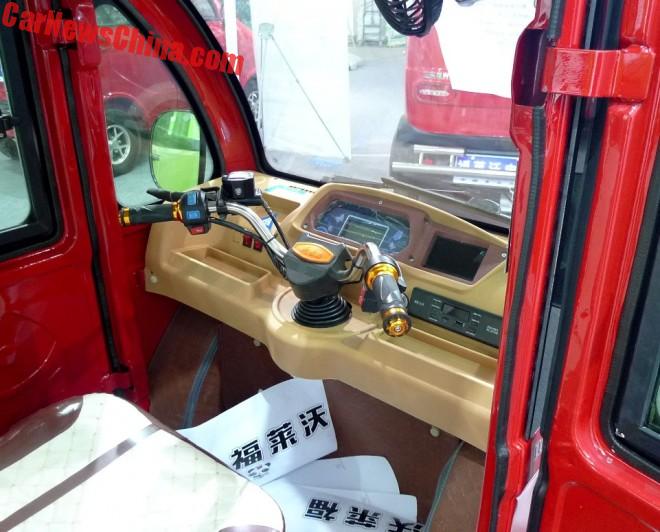 The interior is as basic-utility as the Jeeps of lore! But with a handlebar instead of a steering wheel. There are no pedals, all the controls are on the wheel, including the brake and the accelerator. The dash has a central display for the usual LSEV stuff like range and speed, and smaller display on the right for the infotainment. The infotainment system is controlled by the radio-like unit below it. It has slots for USB and SD, and it can play MP4 and MP3. 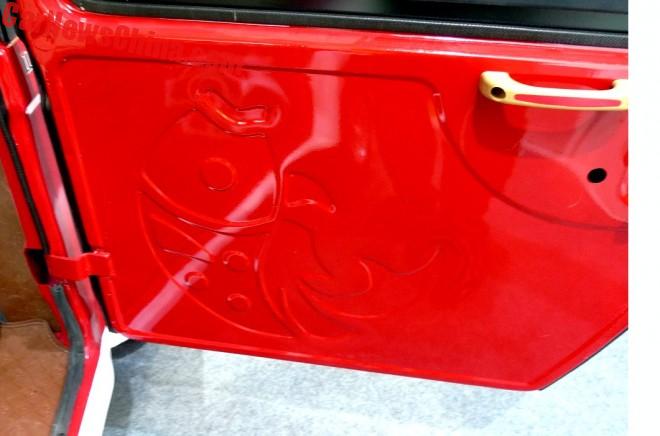 The inside of the door has a fish imprinted on it. 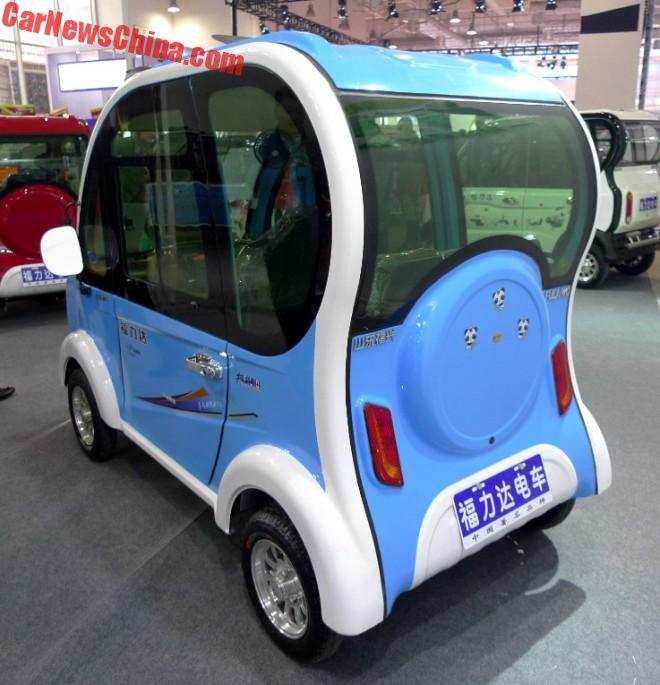 The rear is wildly shaped with a bulbous rear window and a fake spare wheel cover. There is no door at the back, you can only use the side doors to stuff stuff in, but happily these are very large, and fitted with a shiny silver handle. 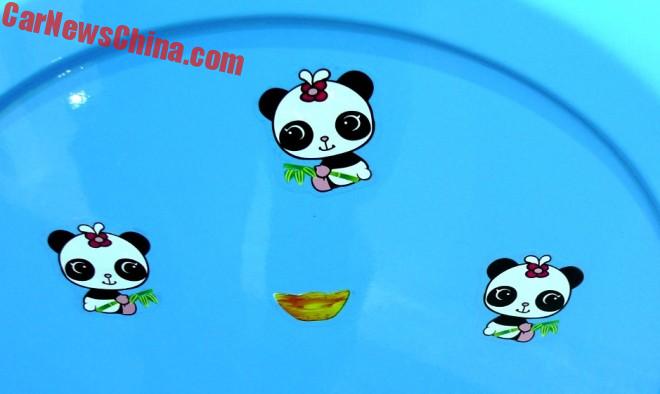 The Fulidai Red Panda is made by a company called Dezhou Fuxing Electric Car (web), based in the great city of Dezhou in Shandong Province, a hotbed of LSEV manufacturing. They make various LSEVs including a crazy mini-MPV in Previa style kinda thing (not on the show), and they also got some nice pics of the factory. 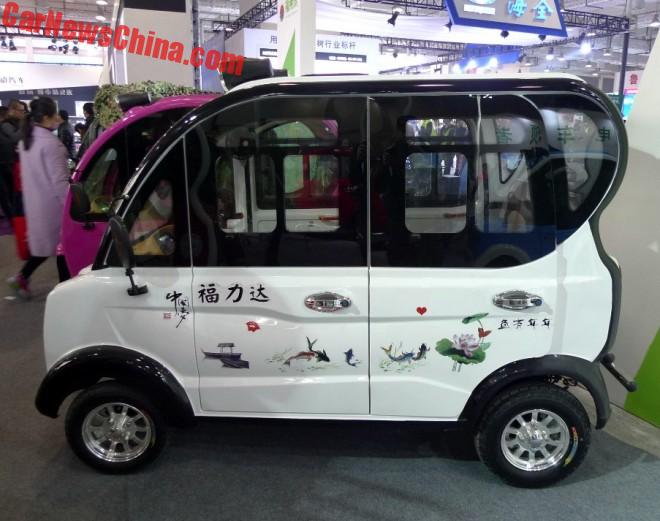 This is the four-door four-seat version, looking smooth in white. 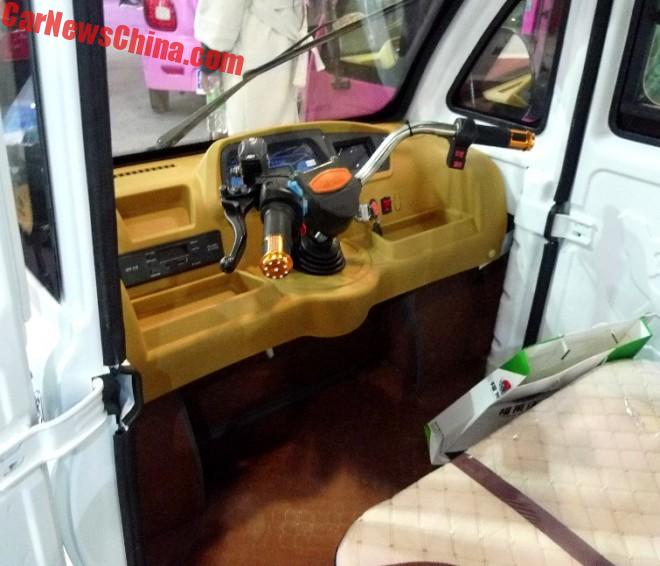 I was extremely surprised to see that the radio-like control unit for the infotainment system was located on the other side of the dashboard here, compared with the two-door version. This is not handy. You have to control a tiny screen on the right with a unit on the left. That is stupid and strange. Why don’t they put the unit on the same side in the two-door and four-door versions? They have the same width.

Why would they develop two different dashboards in such an illogical way? I asked a lady who worked for Dezhou Fuxing. I asked in Chinese, explained the problem, took her to the two-door car, showed her again what I meant. But she just didn’t get why I was making so much fuzz. She just said it was on the right in that car and on the left in this car; who cares, and who cares why, she asked me.

I moved on to look at the beautiful art… 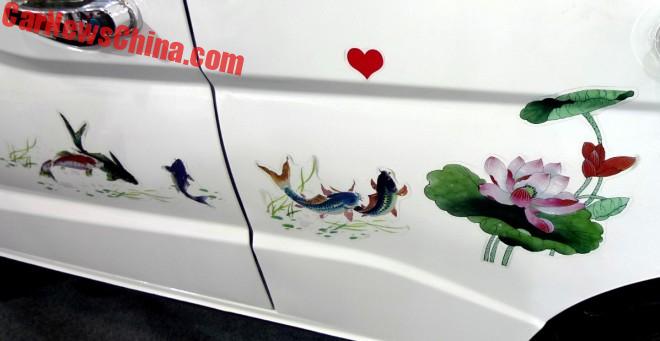 … on the doors of the four-door. It is a big sticker but a real good one, showing fishes and lilies and a heart. I opened the door to find… 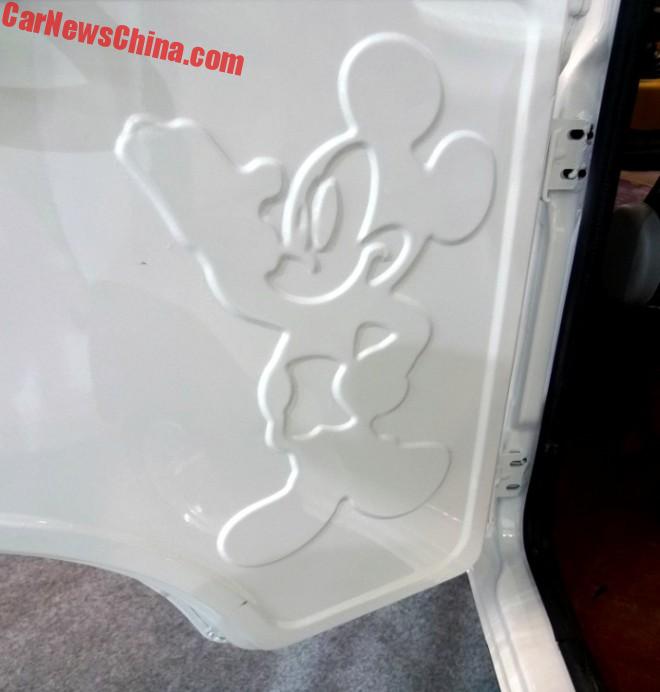 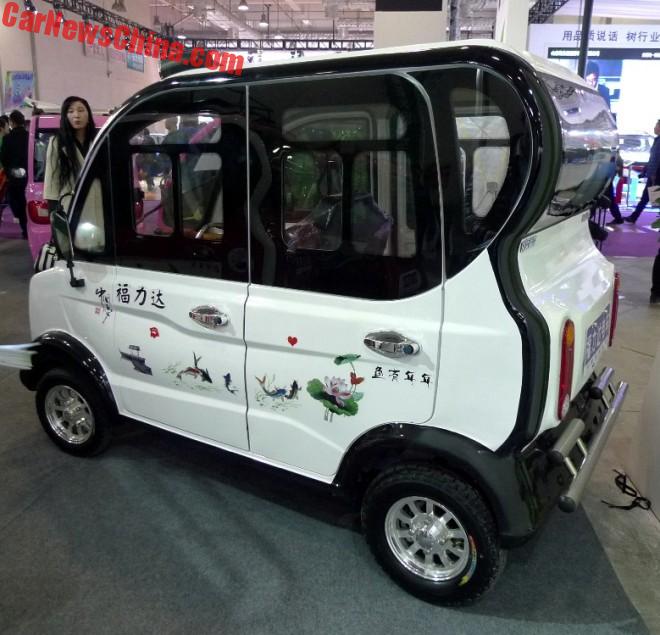 That’s the lady right there on the left. She kept following me around. The four-door has a slightly different behind. No fake spare wheel cover, and a bumper-like construction made out of very weak steel. Alloys look great. 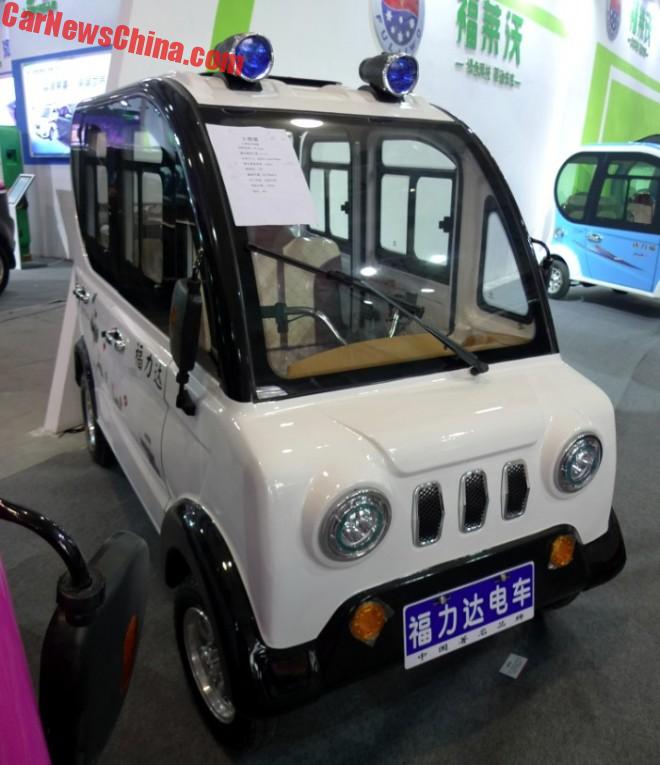