Chery has filed a complaint against Mercedes-Benz at the ‘International Trademark Office of the State Administration for Industry and Commerce’. The reason: in 2016 Mercedes-Benz applied for a Chinese trademark for their new EQ sub-brand of electric vehicles. The problem: Chery has been selling EVs under their eQ sub-brand since 2014. Chery applied for a trademark in 2014 and it was granted in 2015. The application of Mercedes-Benz is pending. The company hopes to launch its EQ brand in China in 2018.

The difference: eQ and EQ.

The rules covering this kind of dispute are pretty much the same as in the rest of the world: the names have to be very similar, companies have to compete in the same or similar markets, and there must be a risk that consumers confuse the two brands.

It appears that Chery has a very valid case. The names are obviously extremely similar and both brands are about electric cars. The risk of consumers confusing the brands is surely low if one would stand in front a Chery eQ and a Mercedes-Benz EQ, but otherwise confusion is easy to imagine; in written reports, media, etc.

Many websites have pointed out that there is a huge difference in price between the current Chery eQ lineup and the expected price range of the Mercedes-Benz EQ lineup. That is true but this alone does not mean there won’t be confusion, and Chery has pointed out it wants to expand its eQ lineup to higher market segments in the future, and they are indeed working on that.

The next step is that the Trademark Office will add Chery complaint to the pending application of Mercedes-Benz. There will likely be hearings where representatives of both companies will be invited to give their opinions. If the Office rules in favor of Chery they can then go to court to force Mercedes-Benz to stop using the EQ name in China.

This however will take time and it seems unlikely that the Office will rule before the start of the Shanghai Auto Show next month, where Mercedes-Benz is expected to show a EQ-branded compact SUV concept specifically developed for China. The production version might as well carry a different name… 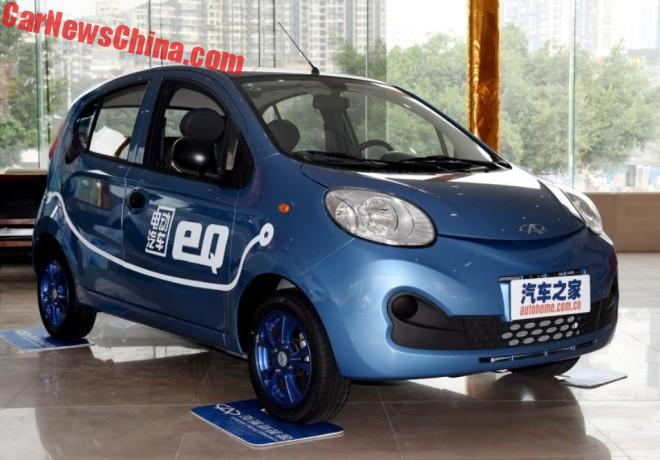