This Is The Citroen C5 Aircross For China 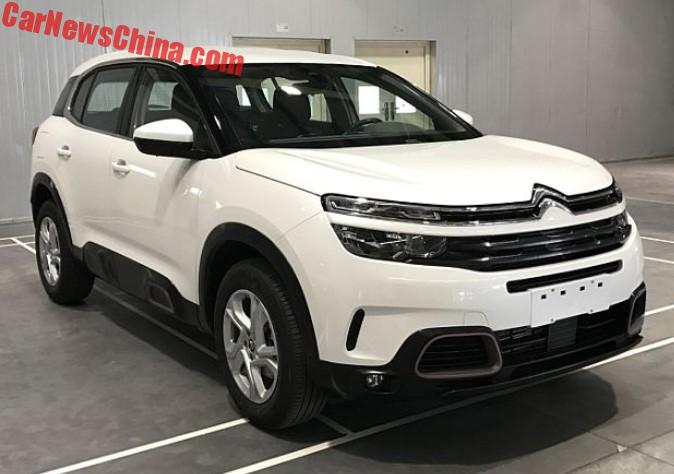 The best photos so far of the Citroen C5 Aircross, the production version of the 2015 Citroen Aircross concept. The new compact SUV seems very heavy at the front and very light everywhere else. The C5 Aircross will debut on the Shanghai Auto Show next month and launch on the Chinese car market in Q3. 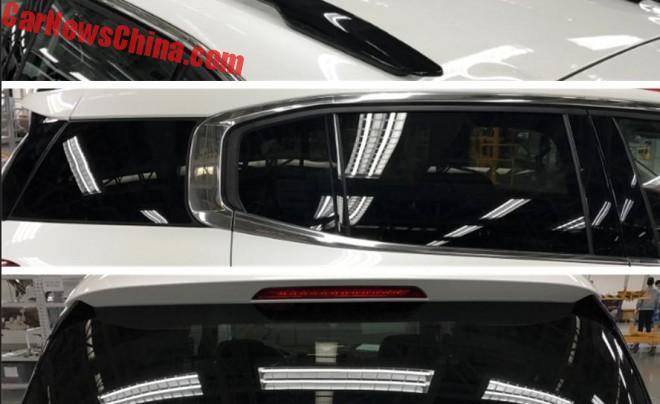 It kept the chromed C-pillar of the concept. Very stylish.

C5 Aircross badge on the right. The C and the 5 are improperly aligned, and the entire aircross name is a total miss-aligned mess. What a disaster. It they can’t get a badge right, what can they..?

It is based on the PSA EMP2 platform which also underpins the Peugeot 4008, known as 3008 elsewhere. 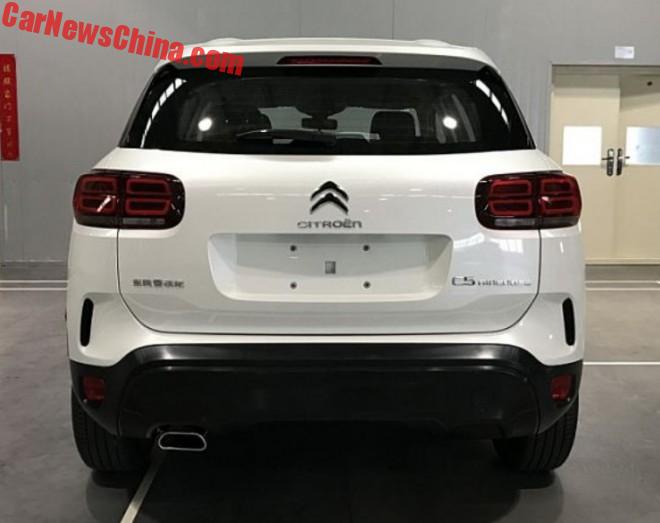 The lights are cool, the logo is big. But… But… LOOK AT THAT EXHAUST PIPE! That is incredible ugly. The pipe is totally not integrated in the bumper, just hangs in nowhere land there, and it has a very weird shape. It looks like stuff the likes of Chery and Geely fitted on their cars, 10 years ago. This does not bode very well for the new crossy Citroen SUV.