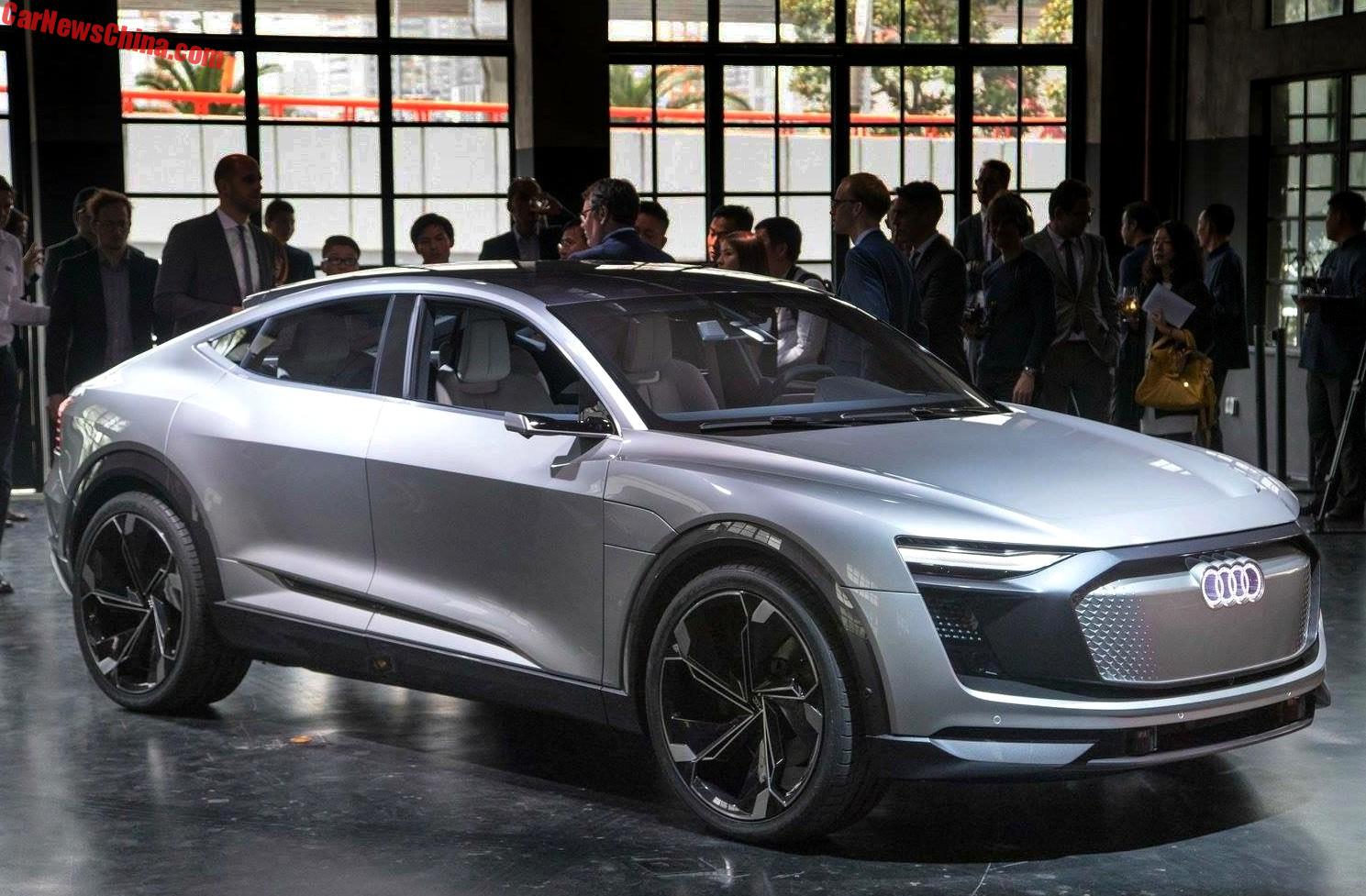 The new Audi e-tron Sportback Concept has been launched on the Shanghai Auto Show in China, and it looks great; painted in matte gray with a strong aggressive stance, wide shoulders, big wheels, and massive grille. The e-tron Sportback previews a sporty electric SUV coupe that will hit the market in 2019. 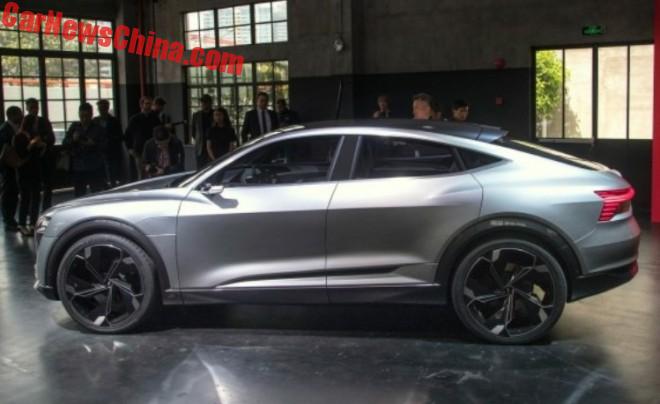 The production version will bebased on Volkswagen’s new dedicated-electric MEB platform, just like the Skoda Vision E that debuted yesterday. In China, it will be manufactured at the FAW-Volkswagen joint venture up north in the cold city of Changchun. 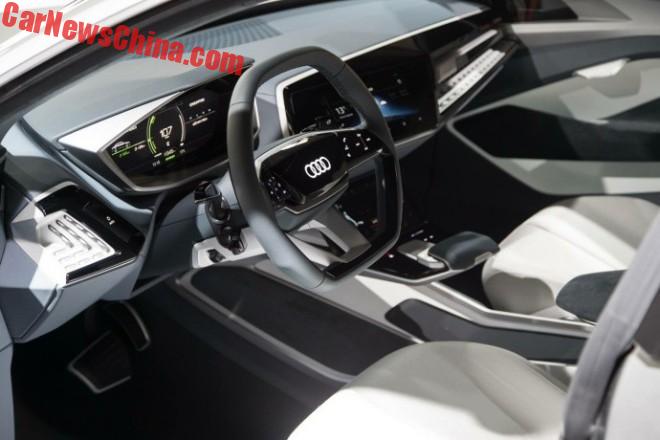 The interior with the usual array of distracting screens. It looks pretty much production ready except for the center tunnel section. 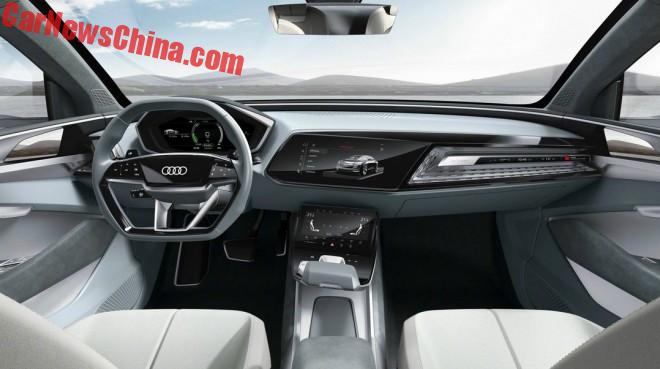 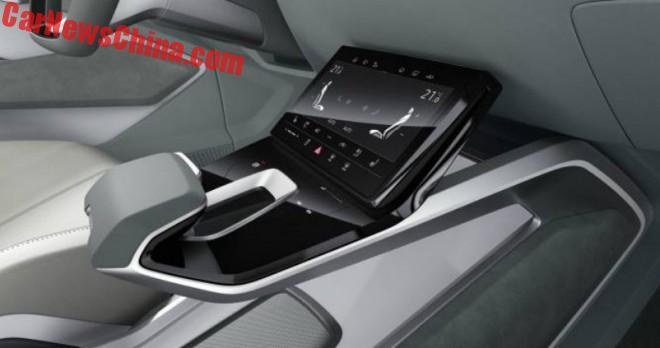 Many drivers like to have their aircon controls outside the main touch screen. Many automakers comply by continuing to fit ‘old fashioned’ separate knobs. Audi goes another way. They too fit separate controls, but on… another touch screen. That it seems is not a very bright idea. 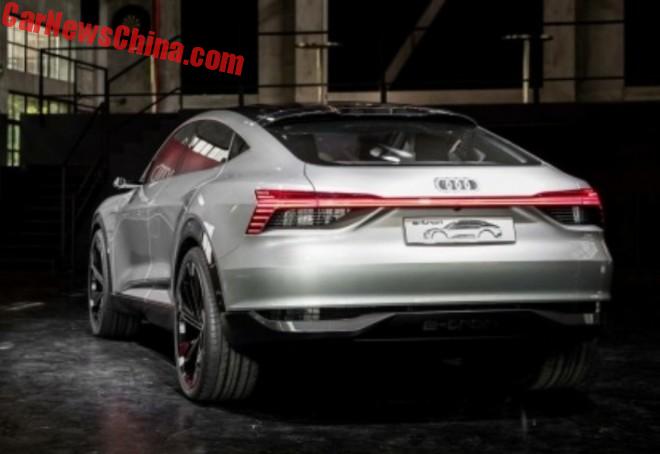 Spoiler on top the rear window. Light unit over the whole width of the vehicle. It stands rather high on its feet for the crossy SUV looks. 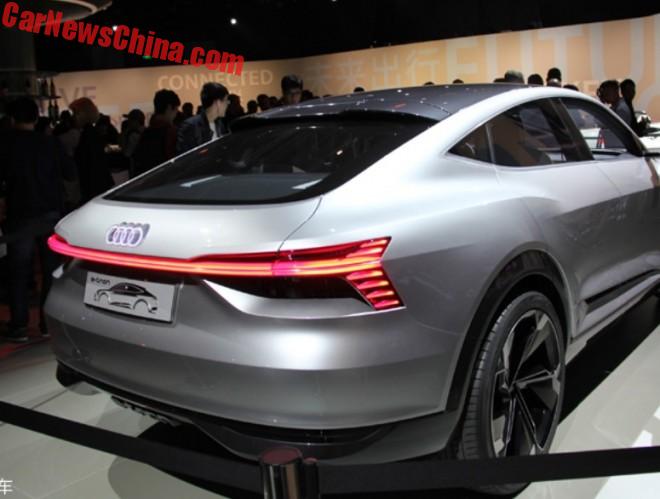 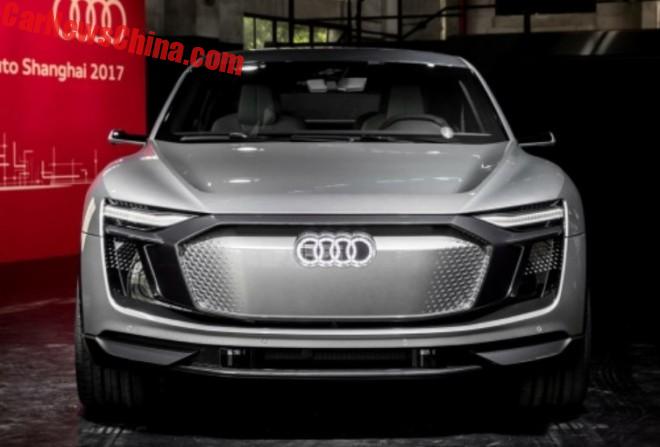 The front is the weakest point of the car, that grille is too large, too square, and too empty. Audi logo lights up. A bigger logo and bigger lights would help a lot. 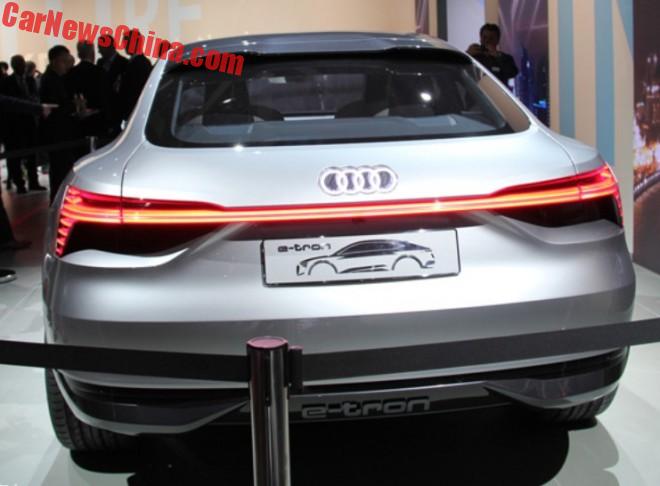 e-tron badge on the low end of the bumper. 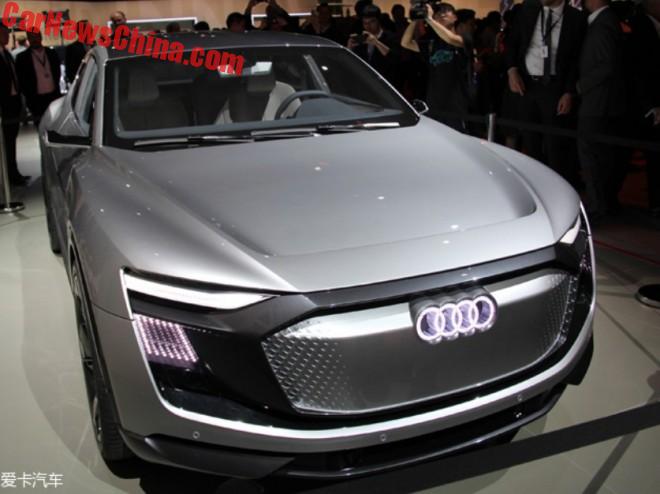