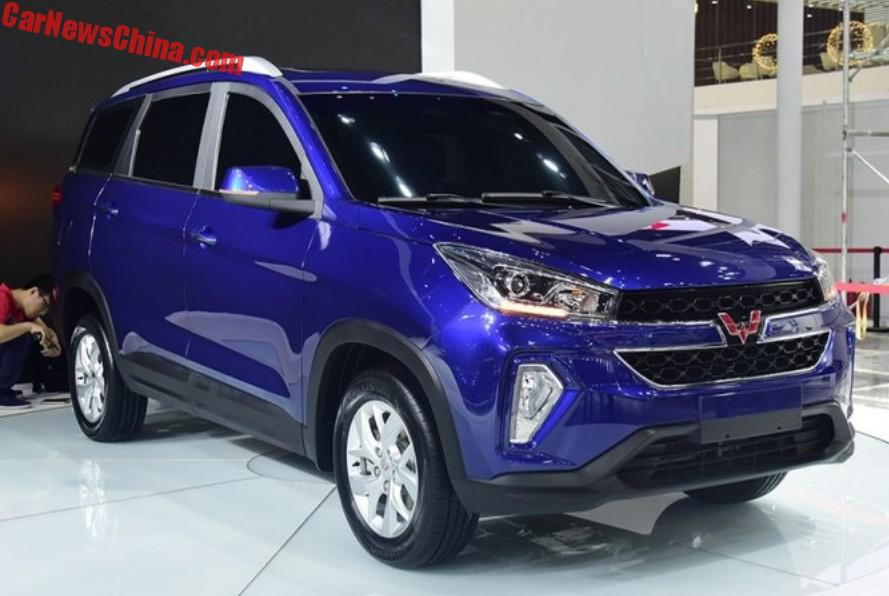 This new Wuling Hongguang S3 was unveiled on the 2017 Shanghai Auto Show in China.  It is called an SUV but it really is a mixture between an MPV and an SUV, and largely based on an MPV platform. The Hongguang S3 will hit the Chinese car market in June. 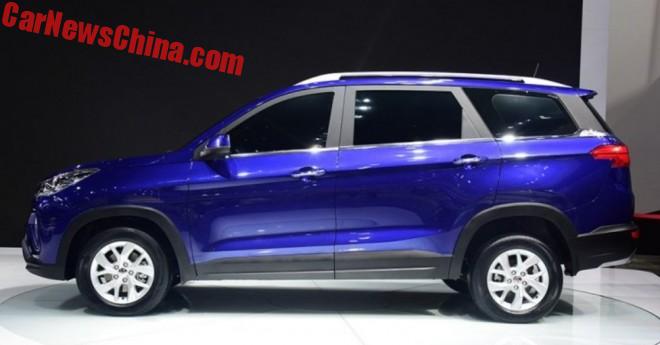 Compact SUVs and compact MPVs are both booming segments and car makers are therefore trying all sorts of mixes to appeal to buyers in both segments. The Hongguang S3 is not a bad result but it looks too tall and its wheels are far too small. 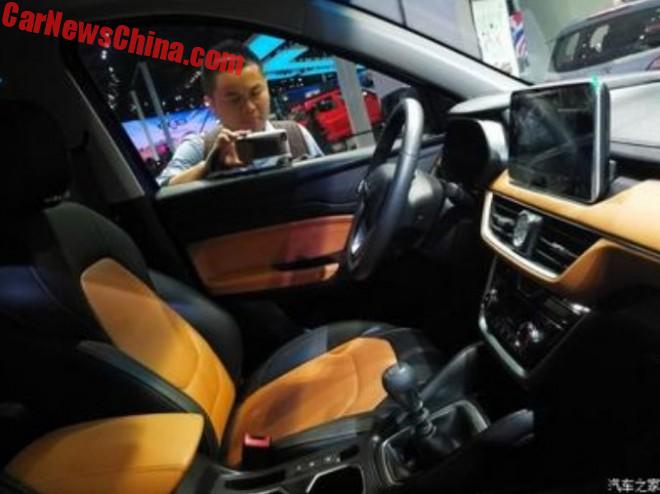 A typical modern-Wuling interior with trendy orange seats and an eight-inch touch screen standing atop the center stack. 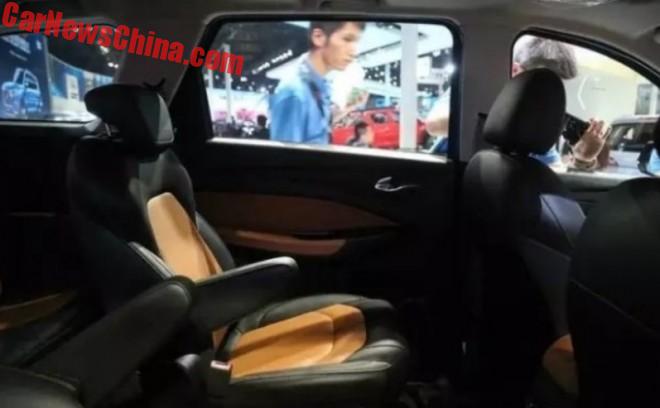 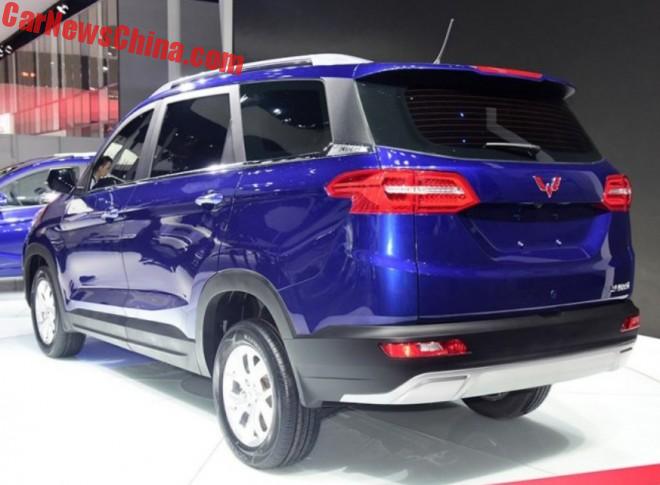 Can those wheels really handle an emergency maneuver at high speed with seven passengers inside? I am not sure. The vehicle is very tall and the wheels are small and extremely narrow. Wheels are similarly small on compact MPVs but the center of gravity of those lies much lower to the ground, hence it is safer. The S3 is less safe because it basically is a jacked-up MPV chassis. Can’t be good… 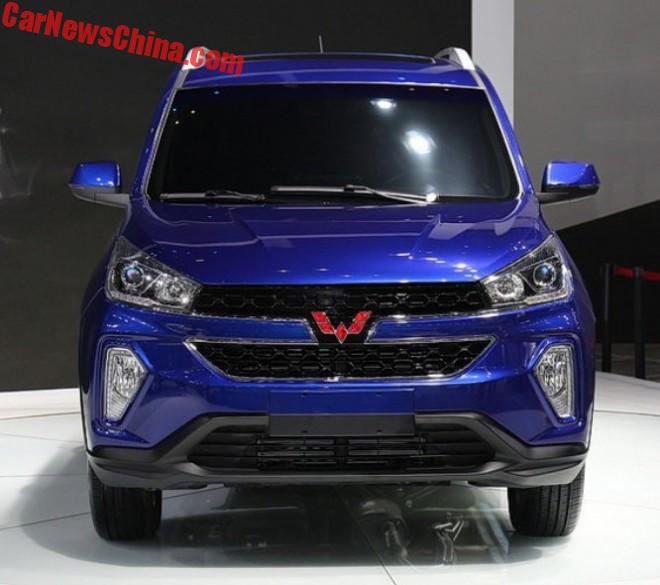 Chevrolet-like grille with the red Wuling badge proudly in the middle.

Wuling is a brand brand under the SAIC-GM-Wuling joint venture, in which GM has a 43% stake. The other partners are SAIC (aka Shanghai Auto) and Wuling Automotive. 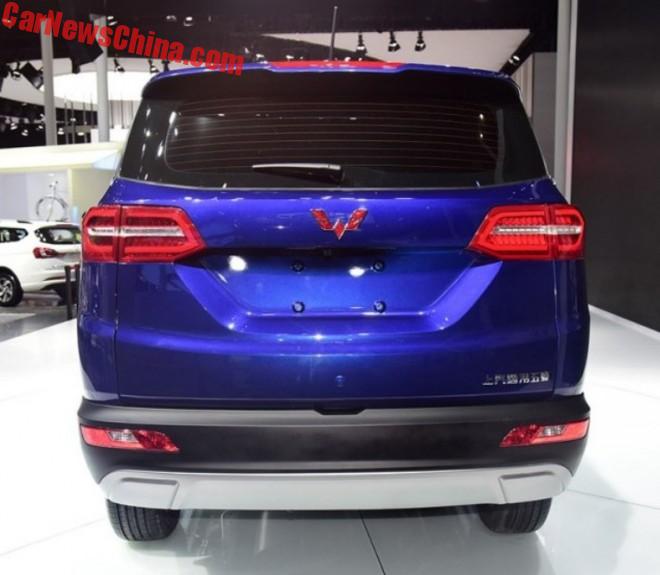 The rear end reaches endlessly into the sky. 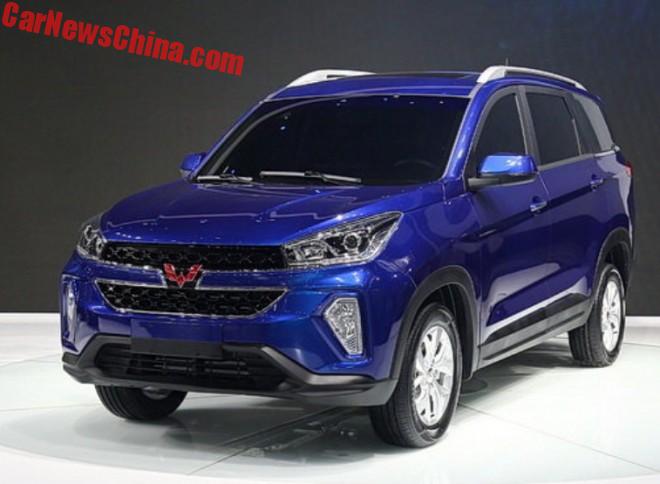