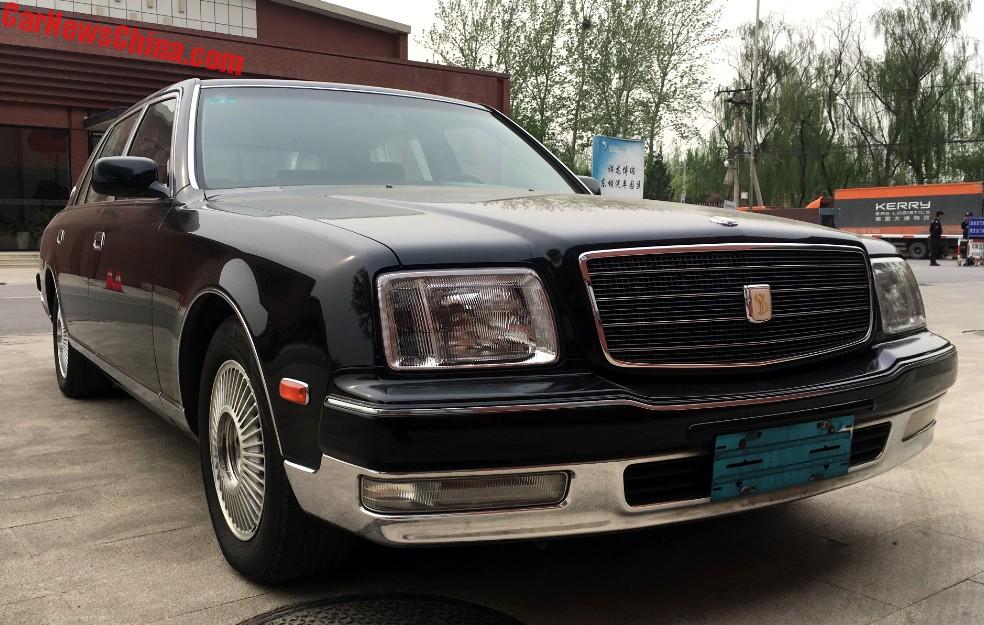 An incredible clean Toyota Century V12 sedan, Spotted in China on the far east of Beijing. The Century was in a perfect shape, looking far more distinguished than any other car on the road. The second generation G50 Century was manufactured from 1997 until 2016. 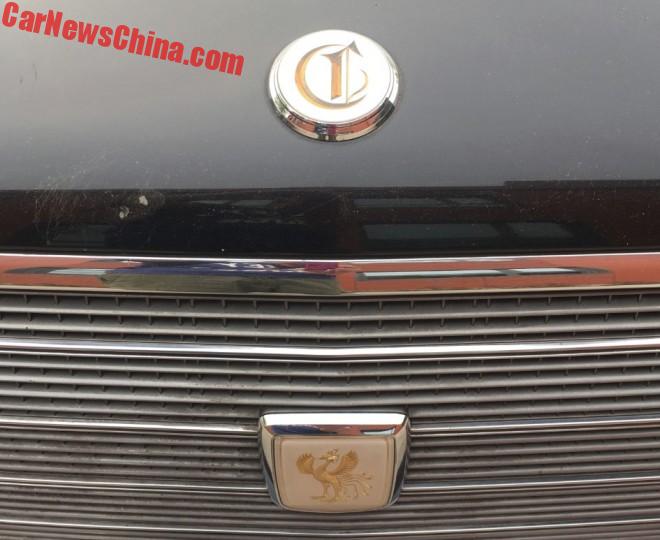 Two special badges: the one on the bonnet is the Century badge and the one on the grille depicts the mythological Ho-o bird, the symbol of the Imperial House of Japan. The Japanese emperor used a unique Century Royal limousine for his official duties.

The Century name however has no imperial connections; it is derived from the 100th birthday of Sakichi Toyoda, the founder of Toyota. His 1ooth birthday was in 1967, and that was also the birth year of the first generation Century, which lasted all the way to 1997. 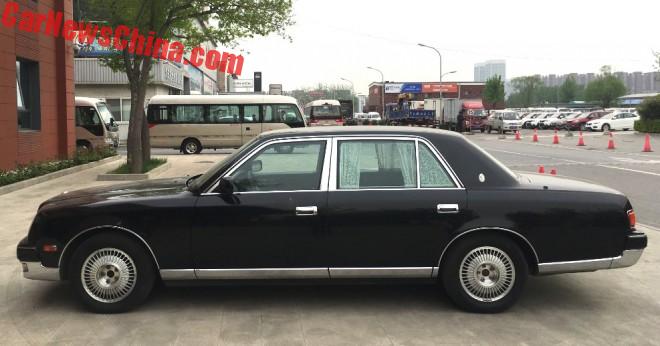 Design is timeless and superbly elegant. Even in a 1000 years this Toyota Century will still look fresh. The hub caps are missing but later on I found them on the floor inside the car. It is a large machine, measuring 5270/1890/1475, and wheelbase is 3025.

Power comes from a 5.0 liter 1GZ-FE V12 engine, mated to a six-speed automatic ‘box, sending horses to the rear wheels. The engine has an official output of 280hp, which was the maximum agreed by the Japanese Manufacturers’ Agreement. Actual output however is estimated at 312hp. Torque is 481nm. 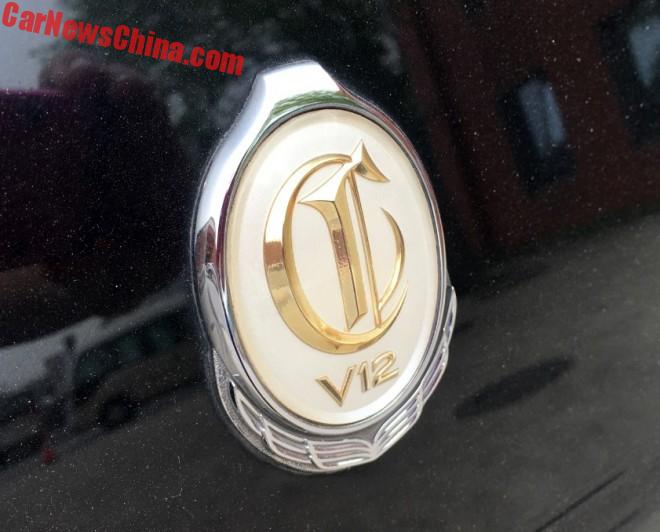 Toyota never sold the Century on the Chinese market. This is only the second example in China that I know about. The other one was seen in 2013 in the city of Shenyang. And there are two RHD Century stretched limousines in Beijing, one first generation and one second generation. These cars are on permanent display at FB Auto. More on those in another post. 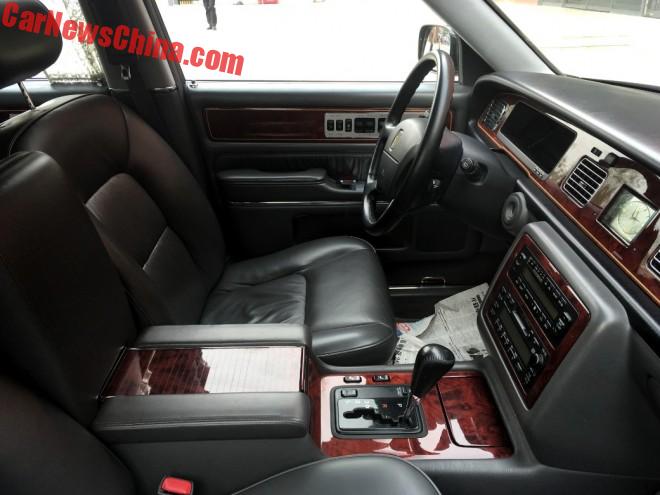 The interior is as elegant as the exterior. Beautiful black leather and dark wood.

The Century is a car designed for the passengers in the back. The chauffeur can control the seat heater and the rear seat’s position from a panel on the door. 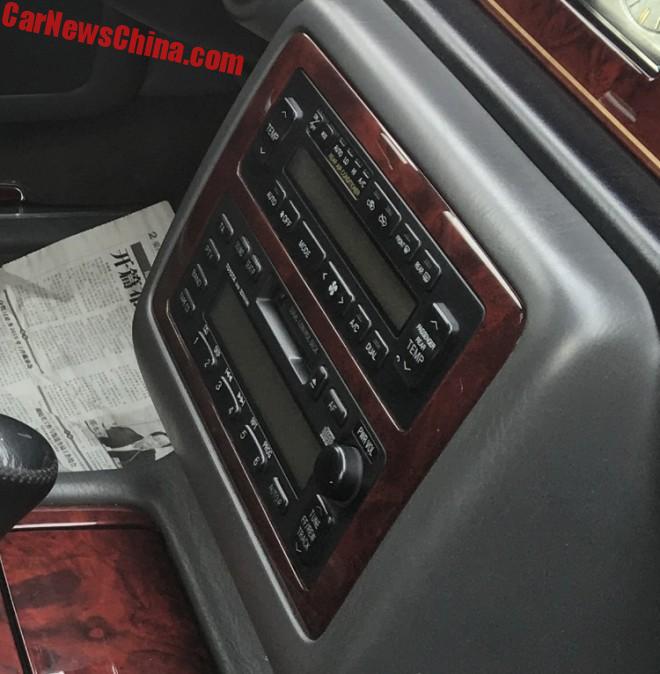 The stereo with a tape deck and the air conditioning with a small panel for ‘rear air conditioner’, the VIP doesn’t need to set his own temperature. 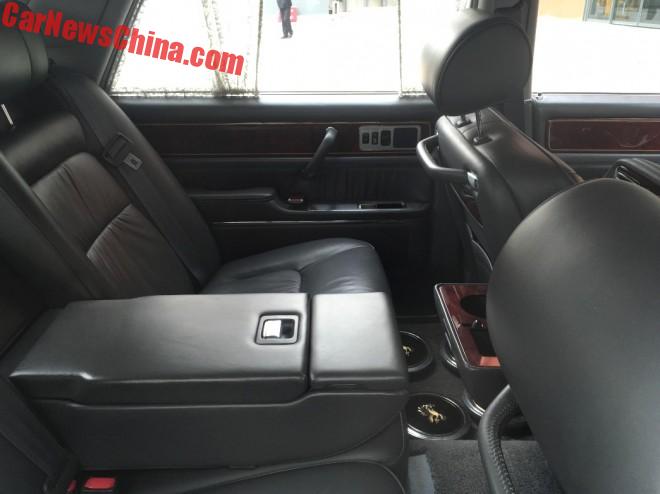 The rear compartment with loads of space for the legs, a tray table, a wide arm rest, curtains to keep the eyes of the curious peasants out, and there on the floor are the… 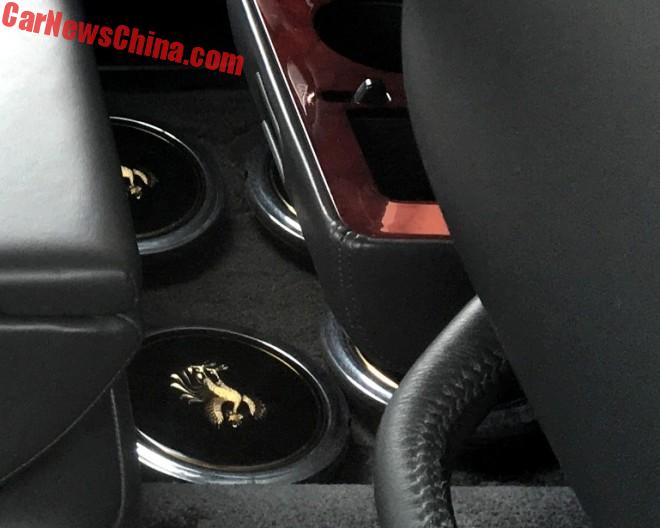 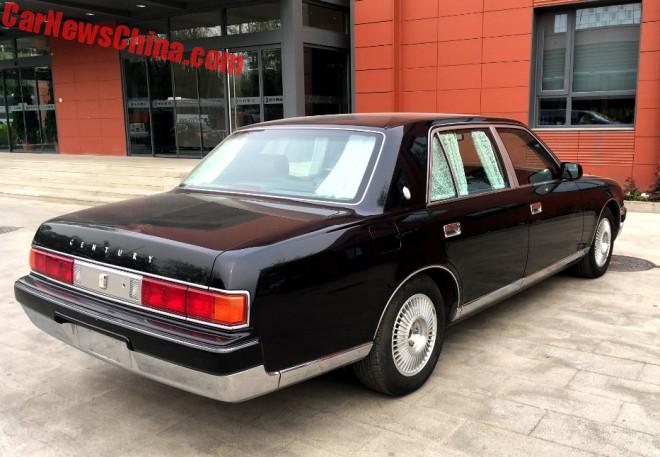 Curtains on the rear window too. An endless rear deck covering what must be a huge luggage space. Light design very elegant again; who needs fuzzy lights going up over and under a car’s body? Toyota’s Lexus brand should have a good look at this Century before they drown themselves in the sheer complexity of their current design language. Hell, one Lexus light unit has more lines than the entire Century! 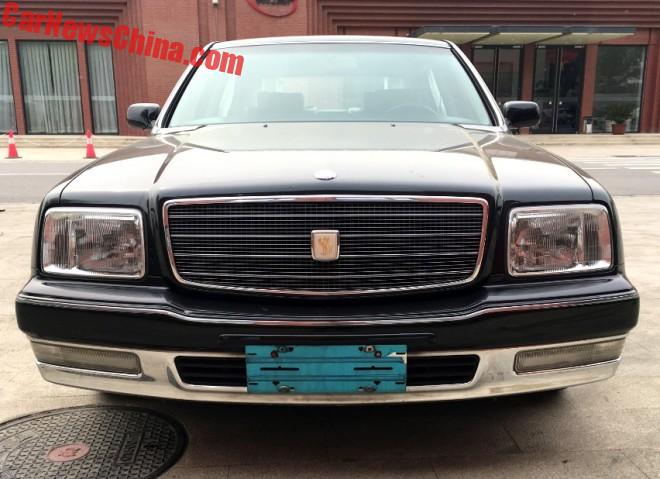 Perfectly square lights. A black bumper and a white lower bumper with the fog lights inside. 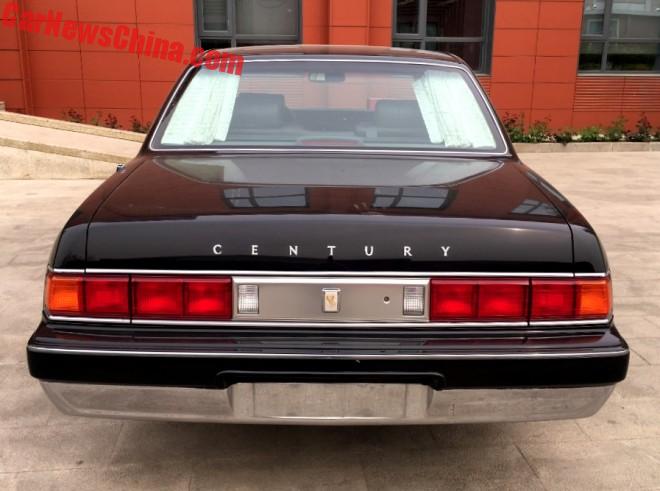 No ugly engine badges needed; the Century comes only with a V12. 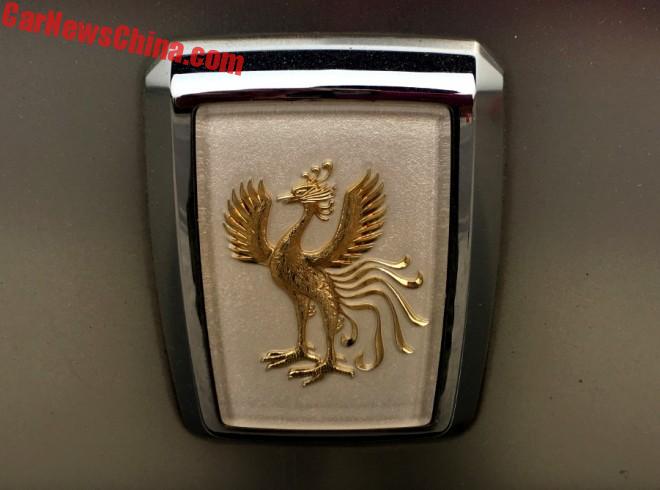 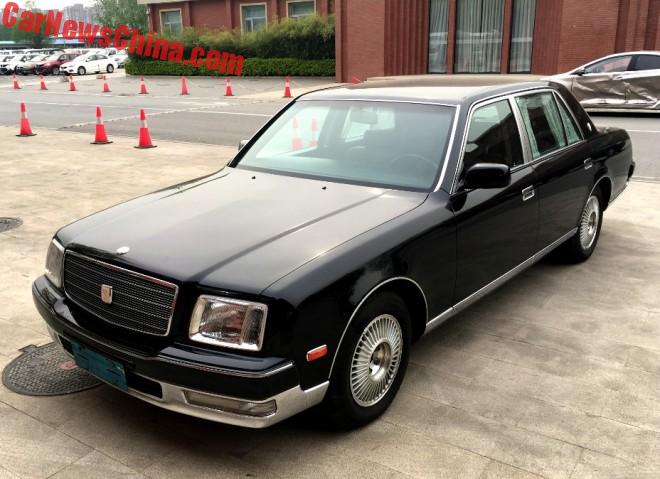 The Toyota Century; A statement in understatement, one of the most beautiful cars in the world.