The History Of Yefeng Electric Cars; A Pioneering Car Maker From China 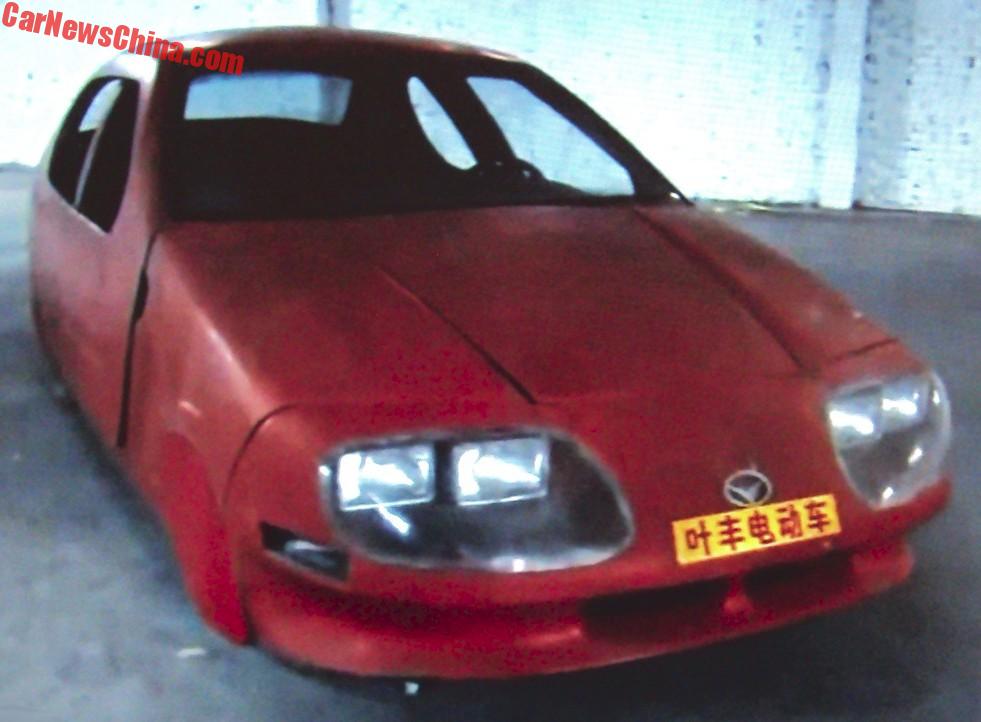 Today in China Car History the Yefeng YF-HEV, a streamlined hybrid electric vehicle developed in 1994 by Ye Wengui, a self-made engineer and electric car pioneer then based in Wenzhou City, Zhejiang Province. The YF-HEV was the absolute pinnacle of his company, Yefeng Electric Cars.

After troubled travails during the cultural revolution Ye Wengui returned home to his native Wenzhou in 1978 with the dream of building cars but without any university degree. He was forced to accept a job at a state owned company but got bored soon. In the early 1980’s he quit his job and started his own business.

In those days China was just starting to support private enterprise. There weren’t many rules yet leading to a sort of financial wild west, which was great for a man like Ye, one of those typical stubborn and persuasive Chinese entrepreneurs. He managed to secure a 5 million yuan investment from partners in Guangdong and Anhui provinces. With that money he developed his first electric car: 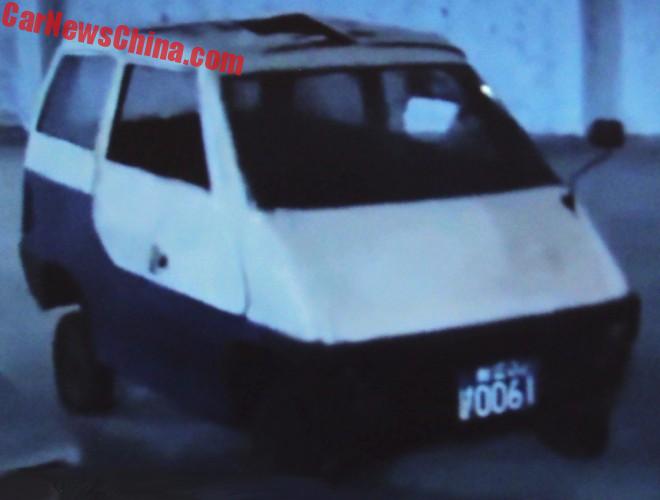 It was a tiny two-seat mini car with a body made of fiber-reinforced plastic (FRP). It had gull wing doors and a single mirror on the left. 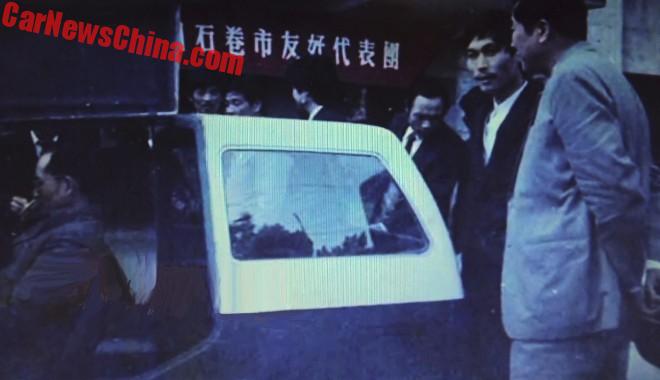 YeWengui, second from right with moustache, showed his prototype on several exhibitions and trade shows, hoping to attract customers and more investment. The vehicle was powered by an electric motor of Ye’s own patented design. Sadly, his search for more funds was largely unsuccessful. 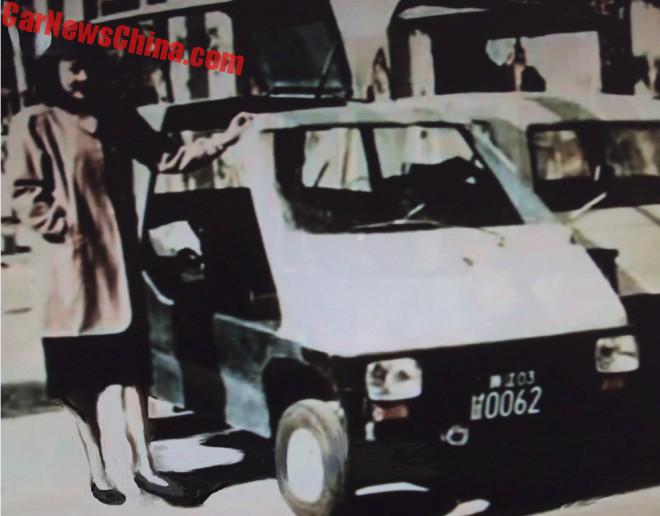 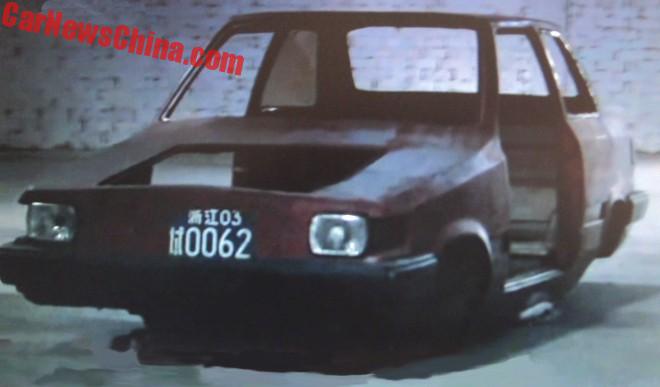 In 1990 he decided to go bigger and developed a small sedan with conventional doors, again with a FRP body. The electric motor was good for a 30 kilometers per hour top speed and a 100 kilometer range. Charging took one night. 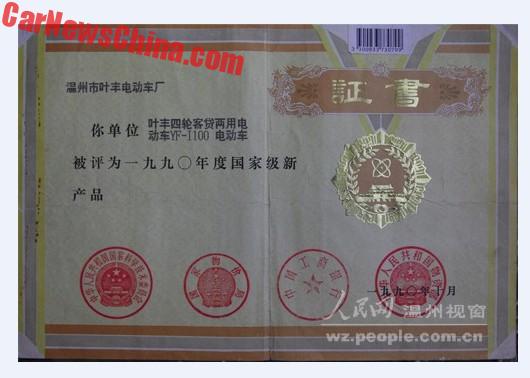 The vehicle was named the YF-1100 and Ye got official government certification, allowing Ye to build and sell the car. This in turn enabled him to find another 10 million yuan in investments. 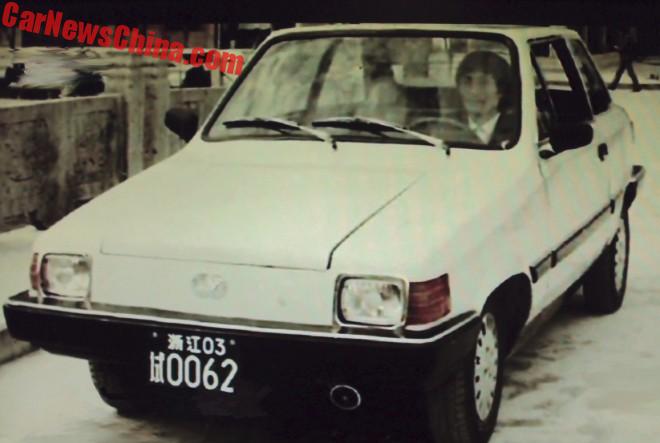 The production vehicle looked rather nice, here with Ye behind the wheel. He set the price at 50.000 yuan, which was a lot of money in the early 1990’s for an electric car from an unproved brand and without a single charging station in the whole of China. The YF-1100 did not become a success. The company build 7 examples before it ended production. 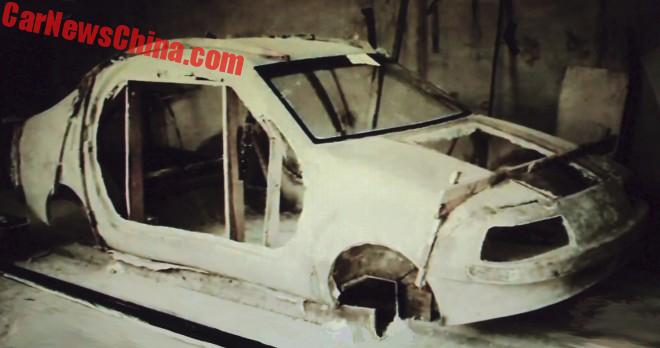 That however did not deter our brave pioneer. He decided to double down and develop a sleek and streamlines hybrid electric vehicle. Body was FRP again and the gull wing doors were back.

The wheels and lights were covered up for extra speed through the winds. The hybrid drivetrain was developed by Ye. It delivered 40 horsepower for a top speed of 109 kilometers per hour. Range was 200 kilometers and charging took only three hours. Very advanced for its day. The vehicle was called the YF-HEV. 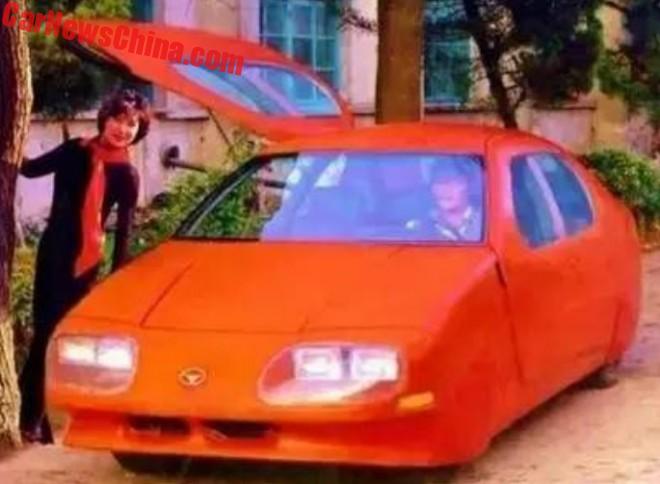 The doors opened high enough for a pretty lady to stand under.

Unfortunately Ye was now out of money and he was unable to find new investors to start production of the YF-HEV. In 1995 he tried to sell the rights to his patents to investors from Shenzhen and Hong Kong for 50 million yuan, but nothing came of it. He then tried to get a loan from the government but was turned down. Without any further options Ye closed his company after spending some 15 million yuan and building 12 cars. He was just too far ahead of his time… 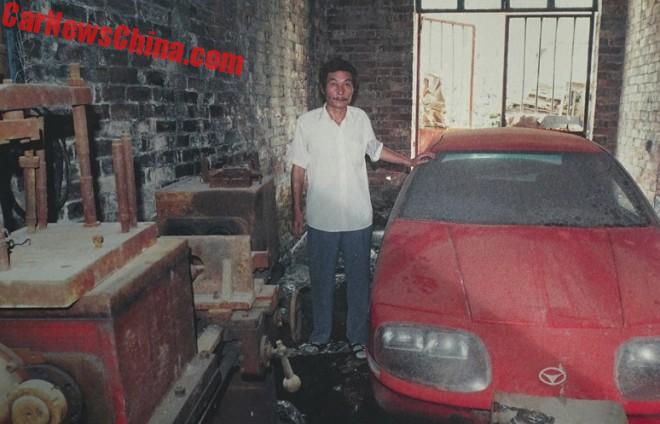 In 2007 a reporter for a Chinese magazine tracked Ye down in Suzhou. Amazingly, many of  his car making tools and the lone prototype of the YF-HEV had survived the times; they were stored in an unused area of a packaging factory where Ye started to work after his auto business ended.

The original body of the YF-100 stood outside of the building. FRP won’t rust… 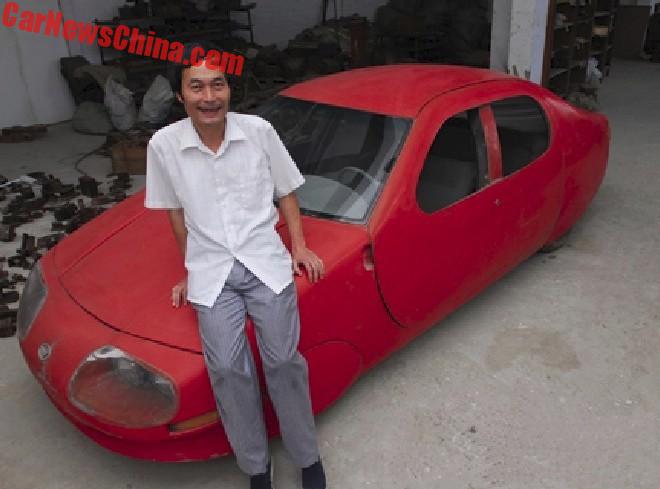 Ye told the reporter he was still very proud of the 12 cars he made, calling them his “12 children”. Happily, Ye eventually got married and had two real children; a girl that eventually moved to France and a boy that ended up working at the automotive department of Tsinghua University in Beijing.

Perhaps he will one day continue his father’s work, as the world is definitely ready for electric cars now. 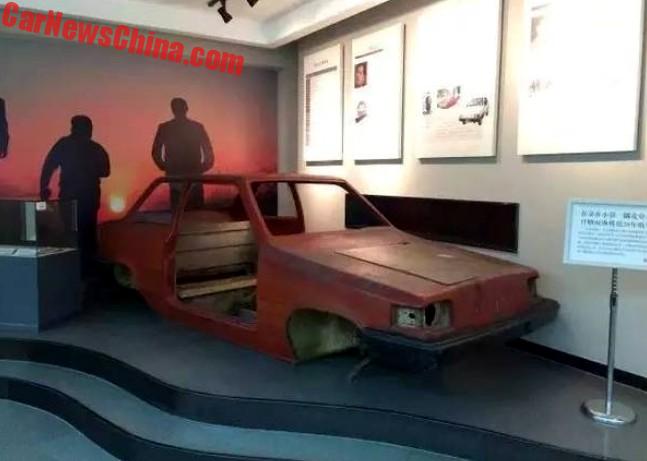 Update 1: The YF-100 body is on display at the Zhejiang Merchants Museum, on a booth with photos and information about Ye Wengui. Thanks to Sam! 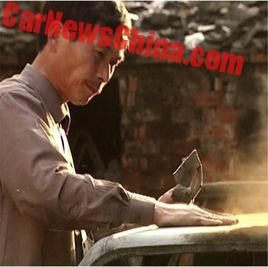 Made in China, Lost Small Cars of the 1990’s, by Erik van Ingen Schenau.

Chinese Entrepreneurs in the Economic Development of China, by Rashid Malik.