Visit To The WEY Dealer In China 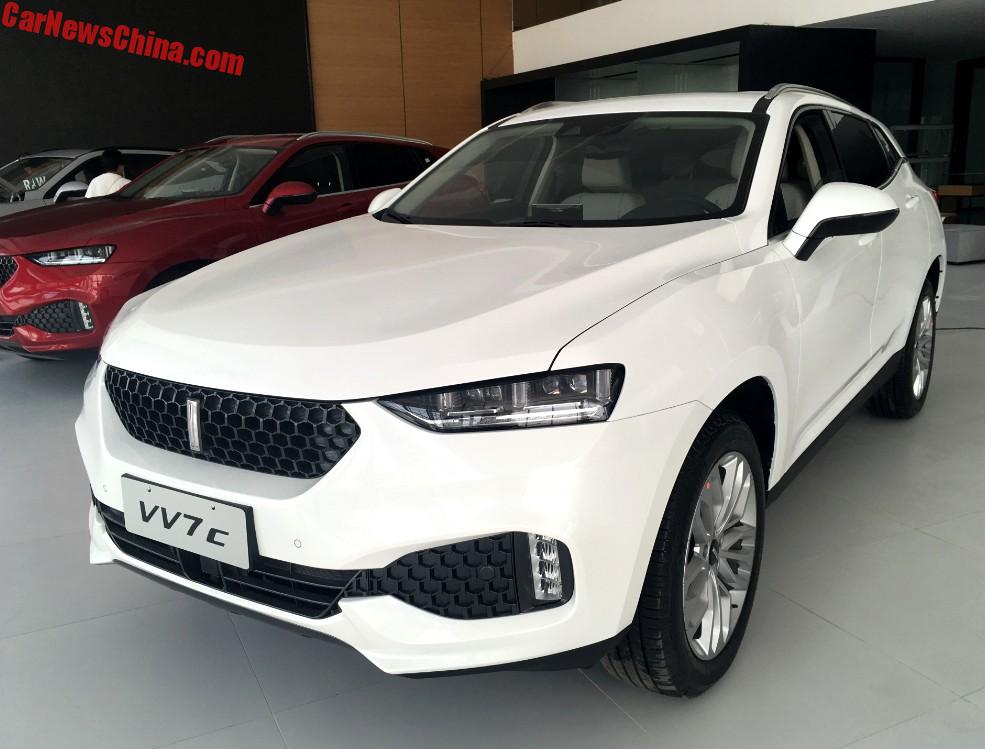 The new WEY VV7 SUV was launched on the Chinese car market last month. Time thus for a visit to the WEY dealer in Beijing. Yes, the dealer, because as for now there is only one. They are based in a brand new building just outside the eastern section of the Fifth Ring Road. 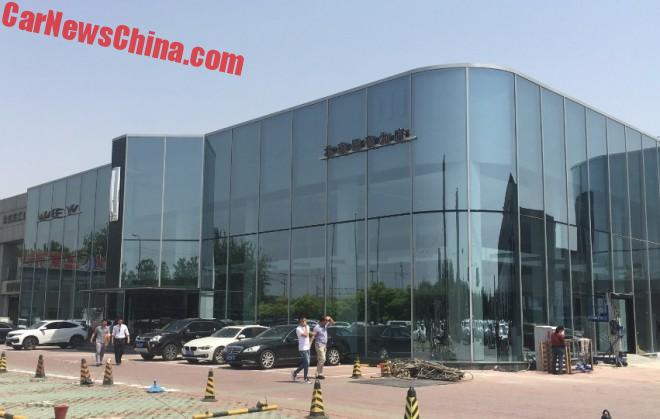 The building looks modern but a bit dark. The wall are entirely glass and that is going to be hot when the real summer starts next month. There is a WEY logo above the door and the WEY name on the right, on the left is the dealer’s name. The building wasn’t completely finished yet but the dealer was open for business. 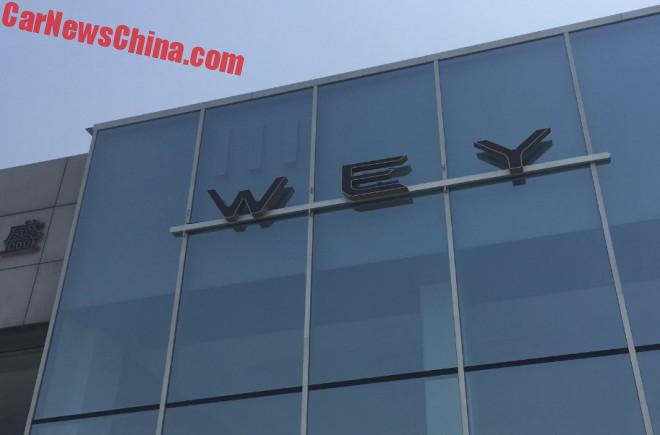 The WEY name needs to be bigger or in a brighter color. A black font over a gray glass wall doesn’t work. Even at a short distance away the name was barely visible. 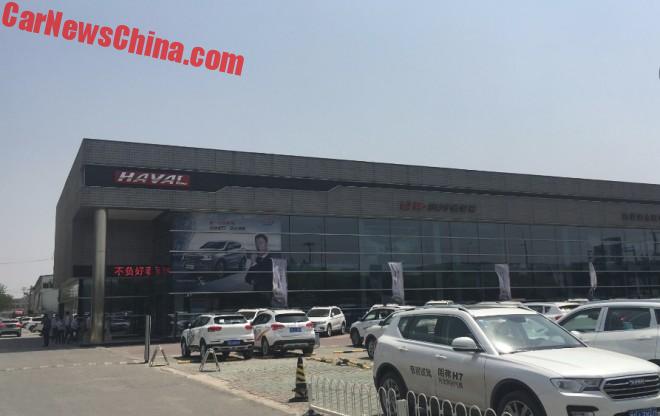 Right next door, divided by a small lane, is a large Haval dealer. WEY and Haval are brands under Great Wall Motor. 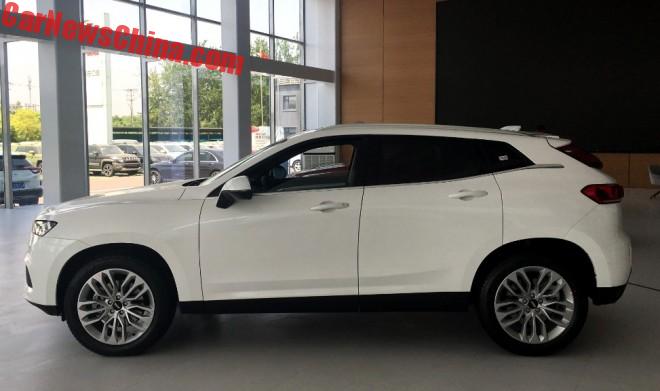 The inside was even less finished than the outside, with boxes all over and workers finishing the offices, but it was clear that WEY is trying to convey an image of elegance and luxury. In the back was an enormous wall-sized screen that sadly wasn’t operable yet. 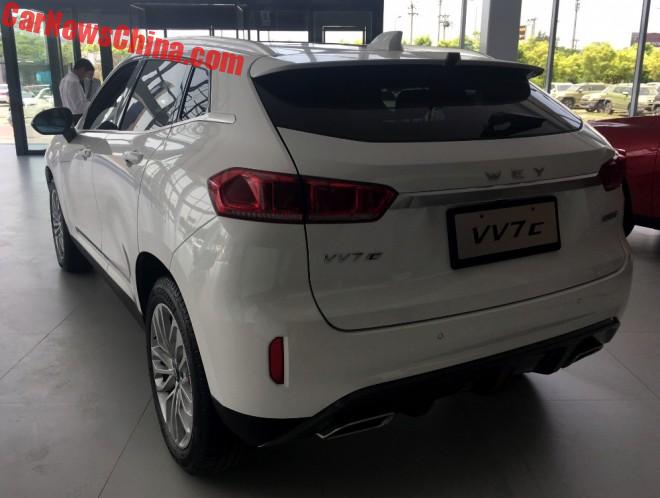 They had three brand new WEY VVc SUVs on display. The c is the basic model and the s is the sporty one. Quality, look, and feel are definitely a few notches above anything the Haval brand sells. This white car was offered to me for 185.800 yuan; the list price of the top-spec VV7c. No incentives yet! 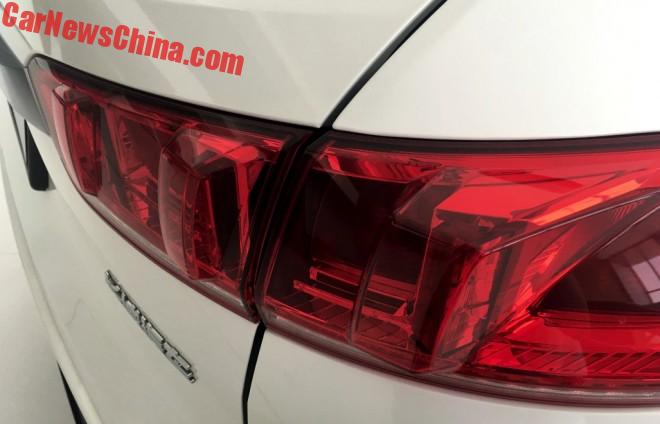 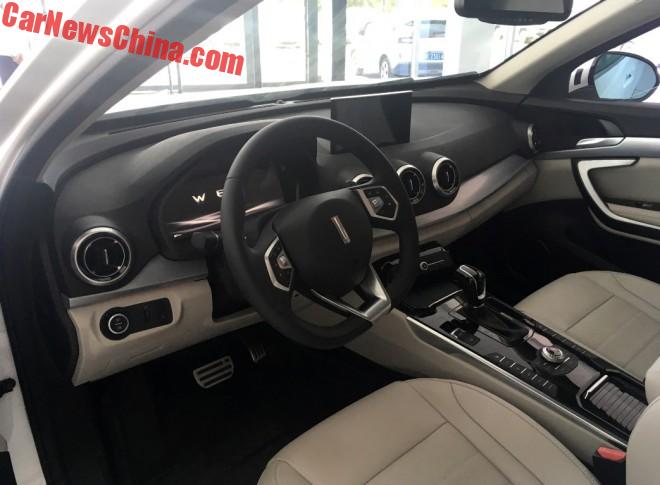 The interior was very impressive, everything felt solid and strong and the materials were of high quality. Design is clean without any distracting gimmicks. Center tunnel in piano black.

The instrument panel is fully digital across the range and measures 12.3 inches. The touch screen for the infotainment is 9 inches.

Drivers can set up the panel in three different ways: 3 dials… 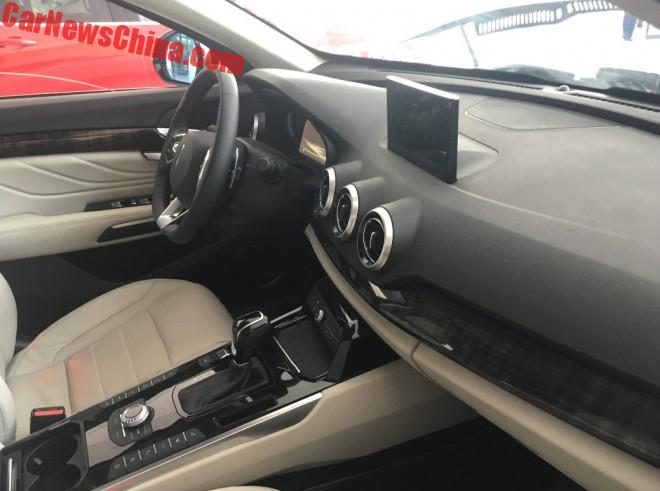 The aircon control panel is located on a small half-separate panel in front of the gear lever, looking really cool. Beautiful wood inlay on dash and doors. 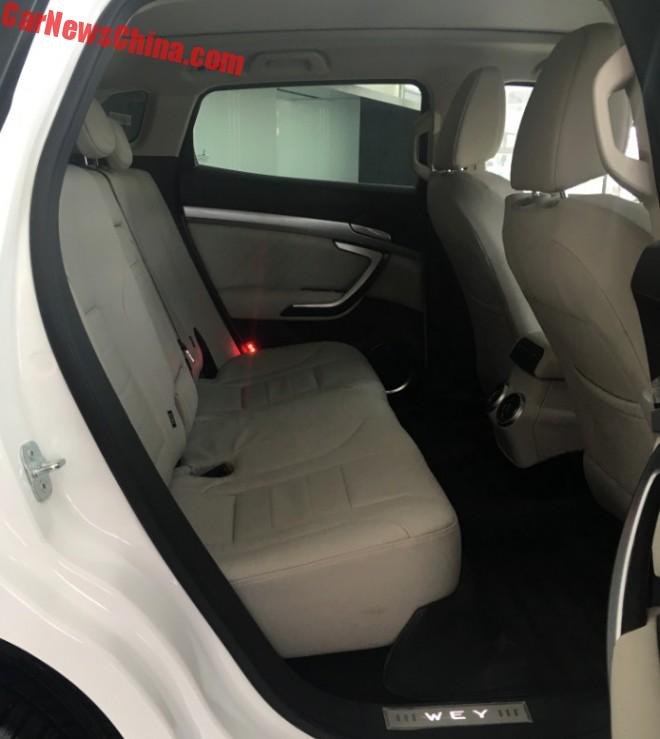 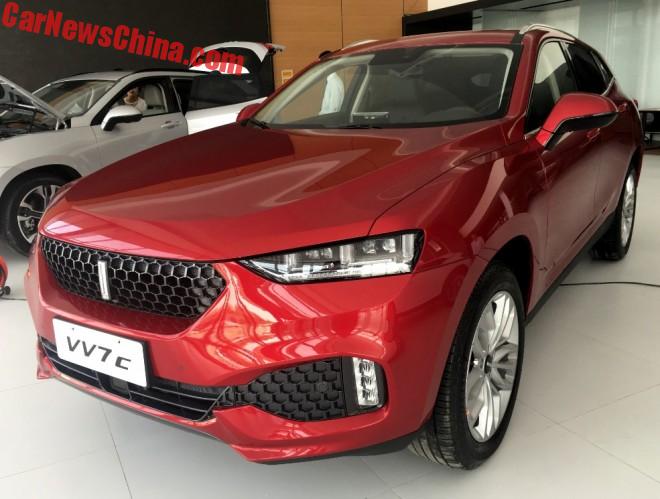 A great looker in red. 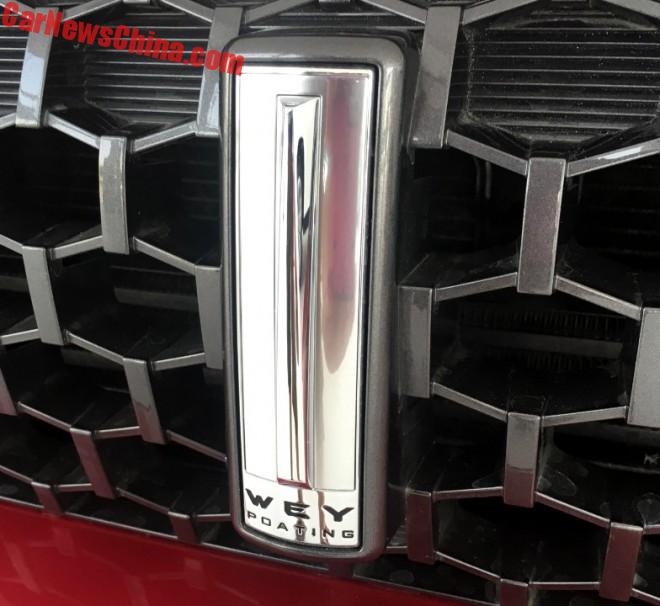 The WEY logo depicts the flag tower in front of the city hall in Baoding city, where Great Wall is based. Baoding is spelled here as Paoting, using the old Wade-Giles pinyin system. WEY (Wade-Giles again)(魏) refers to Wei Jianjun (魏建军), the founder of Great Wall Motors.

WEY does also refer to the State of Wei (魏) (430-225 BCE), an ancient Chinese state during the Warring States Period. Baoding, located in Hebei Province, was once part of the State of Wei.

Update on the logo: a comment rightly alerted us to the fact that the text on the logo doesn’t write Paoting, but Poating. That would be the wrong spelling. Another comment seems to confirm that, saying:

“Baoding (or Paoting, if you wish) is indeed misspelled on the logo. Great Wall is being ridiculed for that on several Chinese online forums.”

That is a colossal mistake of a kind we haven’t seen for a while in China. Until the late 00’s English-language errors were pretty common among Chinese automakers, but recently there are fewer mistakes. Many of the younger generation of Chinese employees speak English, and most Chinese automakers hire foreign PR firms and design firms.

But apparently not at Great Wall – WEY. The most likely reason is the odd decision to use the Wade-Giles pinyin. Nobody knows that anymore, Chinese and foreigners alike, so the wrong spelling  slipped through unnoticed. How is Great Wall going to fix that..? 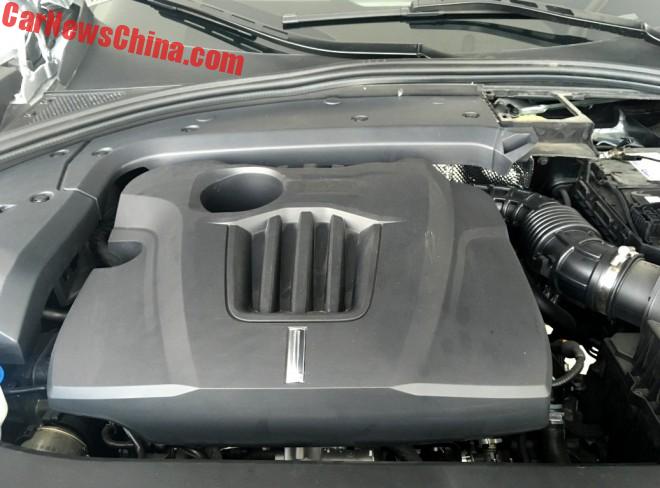 The 2.0 turbocharged four-cylinder engine is hiding under a black cover with a WEY badge on it. The engine delivers 230hp and 360nm, it is mated to a seven-speed DCT, and it sends the horses to all four wheels. 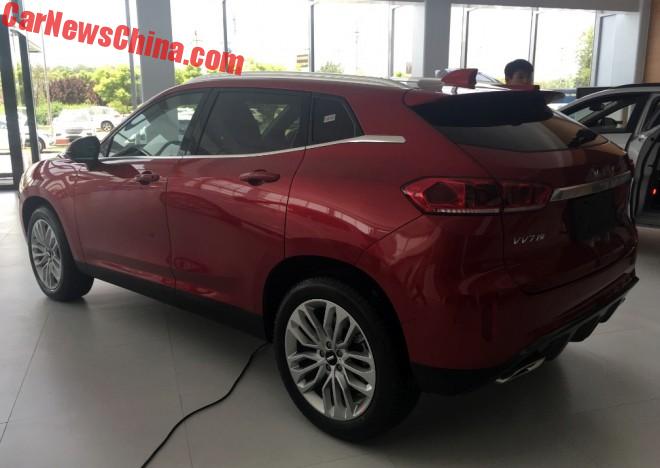 Rear window is very small. Belt line moves up steep over the rear door to the top of the shoulder. 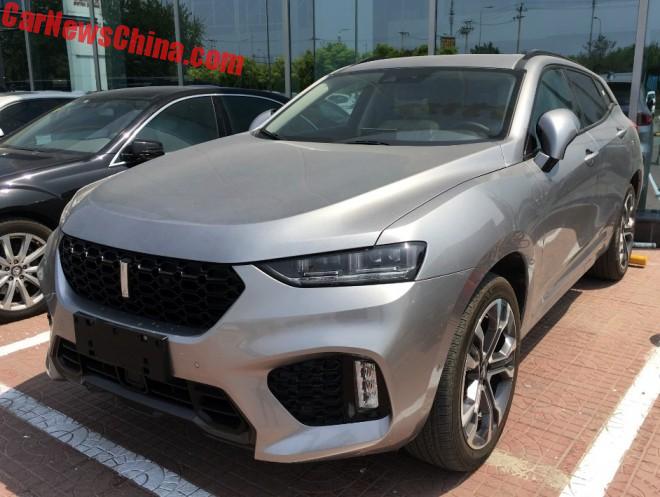 When I went outside again I met a good looking matte gray WEY VV7s, the sporty one. It had literally just arrived from the factory and they were still cleaning it up. The S comes with a more aggressive front bumper and with four round exhaust pipes instead of with two square ones. The engine is the same. 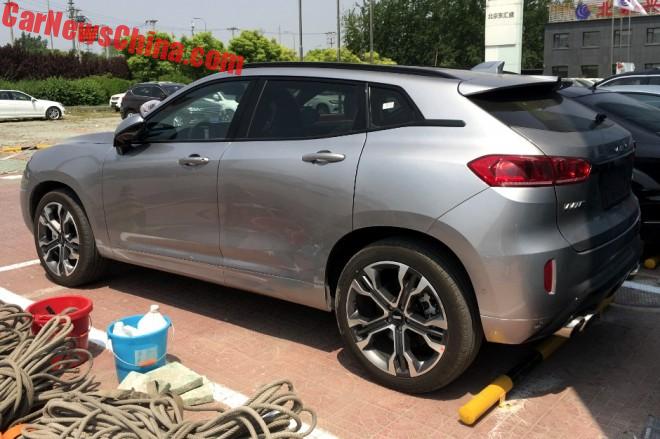 Window frame is completely black, and so is the line over the D-pillar.

All in all a surprisingly impressive car and it might sell well if Great Wall manages to open enough dealers. Price and positioning are still a bit strange. For all its “premium SUV brand” marketing speak the WEY VV7 is not much more expensive than a similarly sized and powered Haval. That however seems more of a problem for Haval than for WEY.