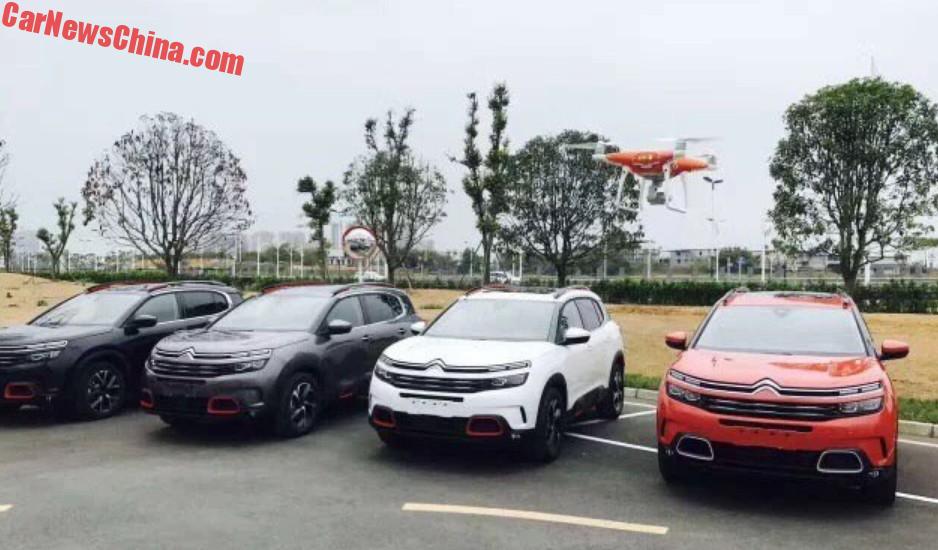 A new photo at a Citroen factory in China shows a line of four Citroen C5 Aircross SUVs, indicating it is almost ready for the Chinese auto market. The C5 Aircross debuted last month in Shanghai and will launch next month. Price will start at 157.800 yuan and and at 223.800. 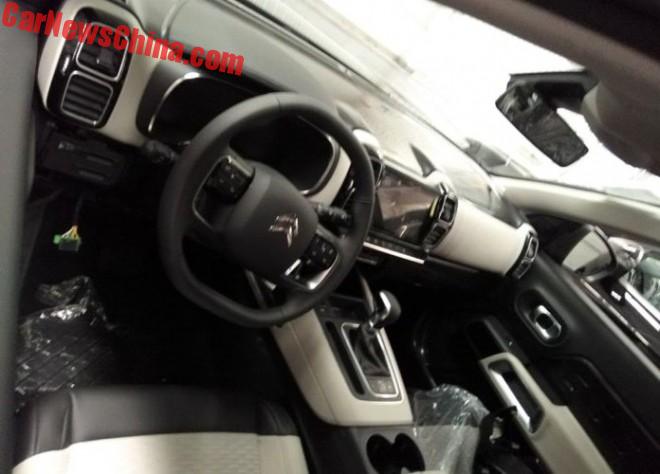 A nice beige over black interior with a digital instrument panel and a 10 inch touch screen in the middle.

The Chinese name for the C5 Aircross is Tianyi. It is made locally by Dongfeng-PSA, the joint venture that also makes the 4008. 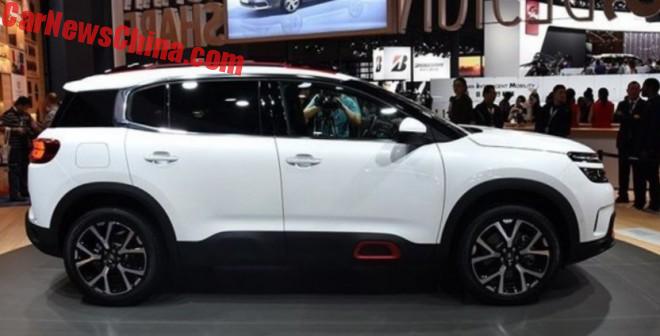 The Citroen C5 Aircross in Shanghai. Air cushions on the doors, the front one with an orange frame, the c-pillar is heavily chromed, and there are proper roof rails on the roof. 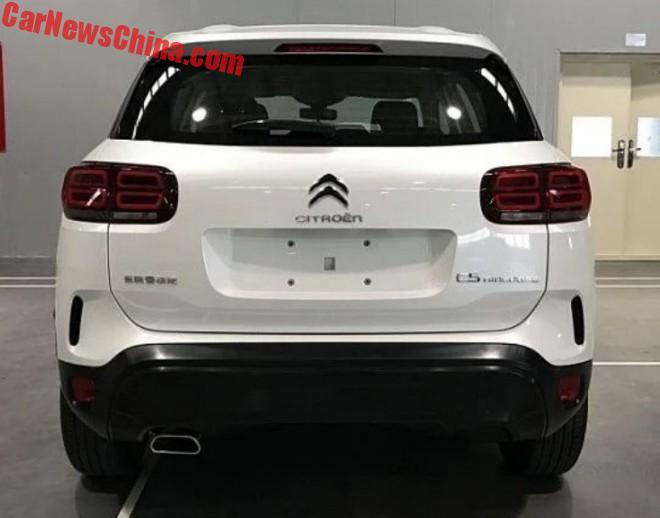 Earlier spy shot of the 350THP, with an ugly and poorly integrated single pipe tip on the right side. 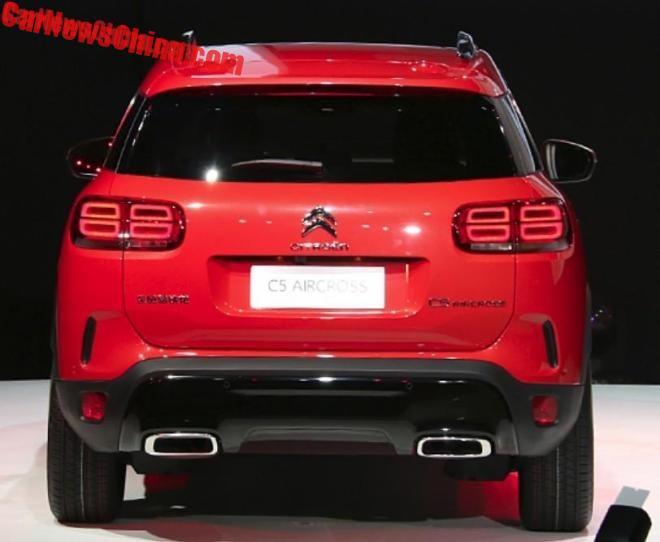 The 380TPH with a much better designed bumper-pipe ensemble. 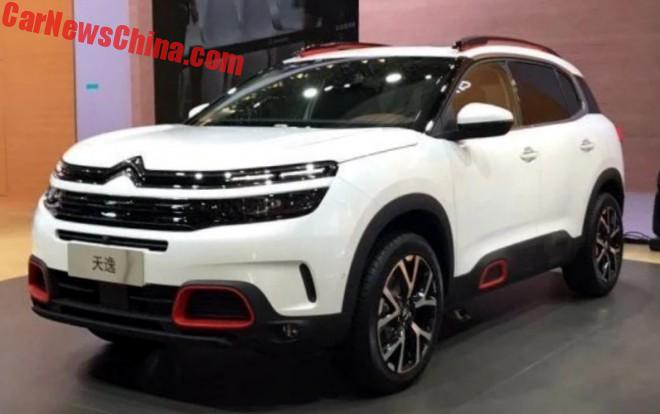 The Citroen C5 Aircross in Shanghai. Design is nice but kinda front-heavy. The nose is so enormous and so tall that is looks like it will flip over frontwards.