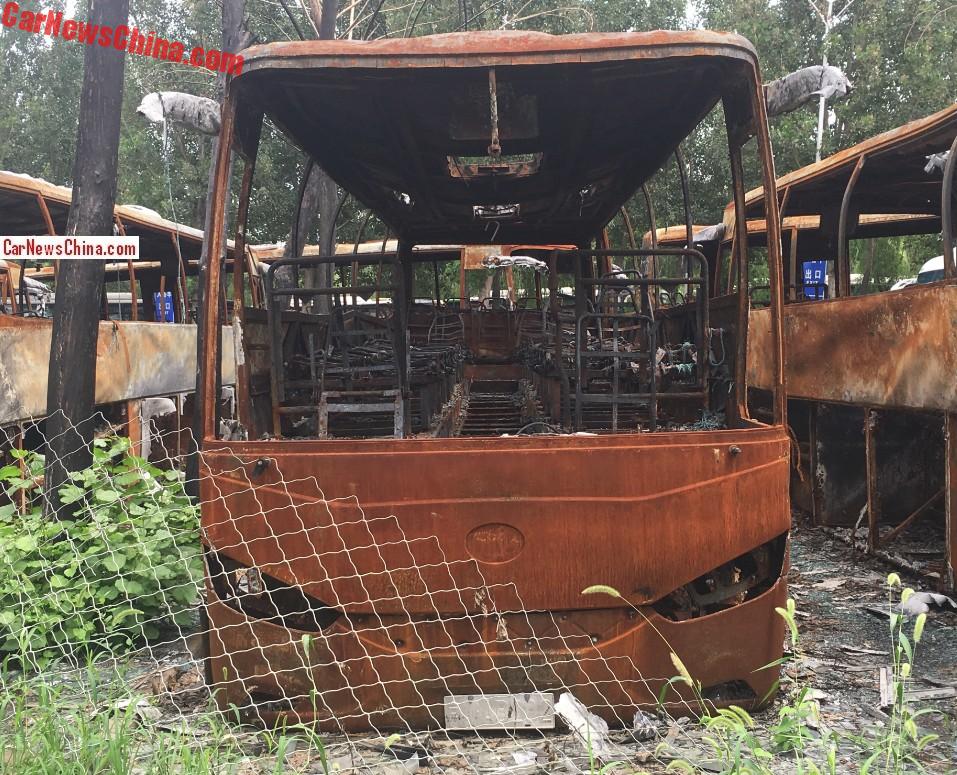 On the early afternoon of May 1 there was a huge fire at a electric-bus charging station at the Crab Island amusement park in Beijing. At least 55 buses burned out to the ground, another 20 buses partially burned down, and a dozen of charging poles completely burned to the black. I went to the area last week and found out that all the buses are still there. More videos and many photos below:

The cause of the fire is still unknown, but it sure looks like a massive electrical short circuit. The tourist buses were owned by a Beijing-based leasing company, they were used for ferrying tourists around town.

The buses were manufactured by Anhui Ankai Automobile, a large and well regarded Chinese bus maker. Amazingly, there were no casualties or even injuries. But the fire doesn’t come cheap: each bus costs about $150.000.

When I got there I got myself a shared bike and bicycled from east to west and from west to east alongside the near endless row of burned buses. Here is part 2, photos further below:

Burned down to the seat frames.

The lack of any casualties is not as strange as it seems. There are surely no passengers in the buses when they are charging and the drivers are either off or smoking cigarettes in the canteen. Only cleaners and maintenance crews would be in danger, but I guess they weren’t around on that May 1 afternoon. 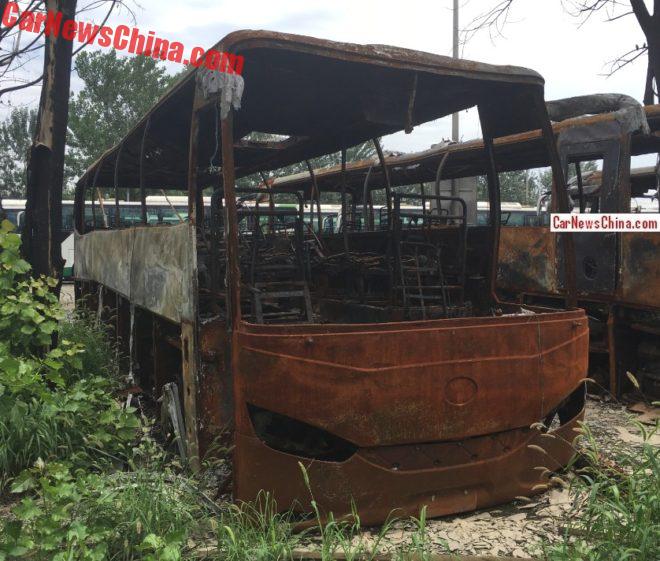 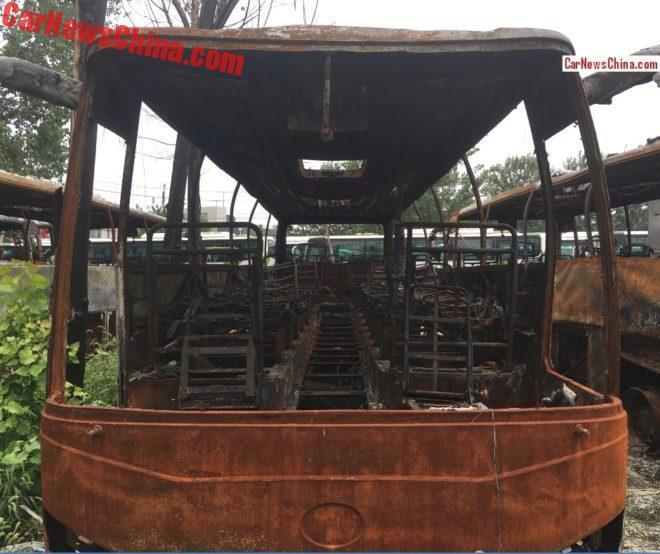 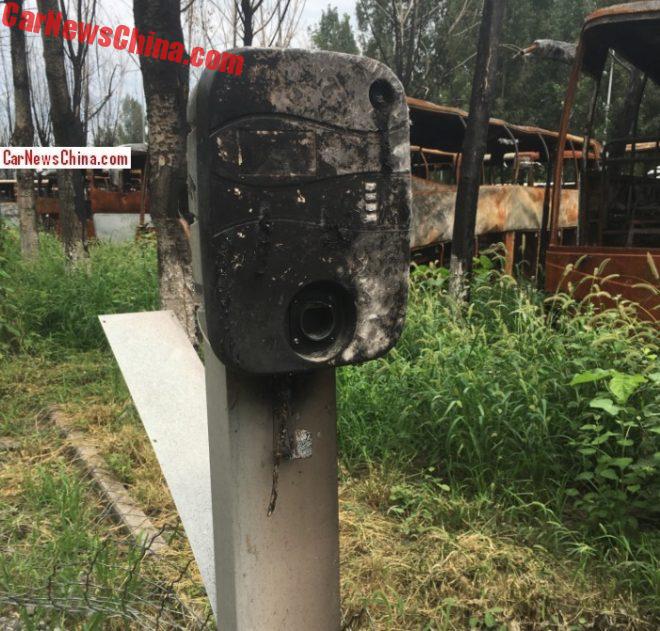 Burned and blacked out charging poles. 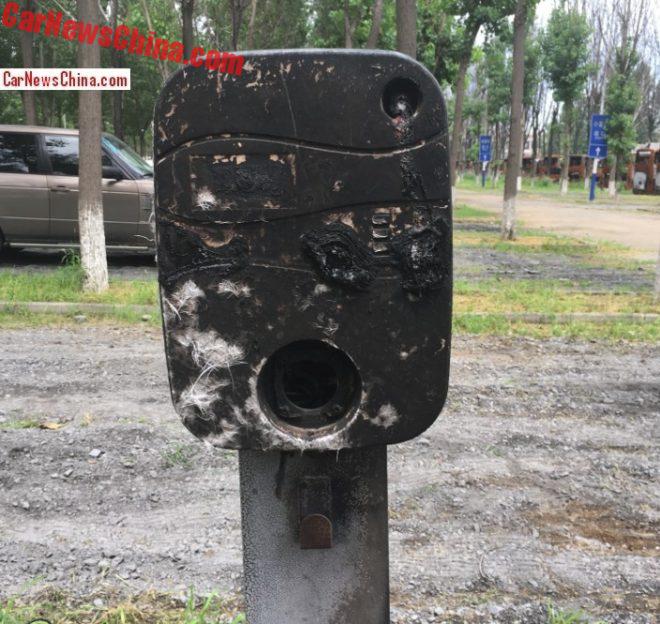 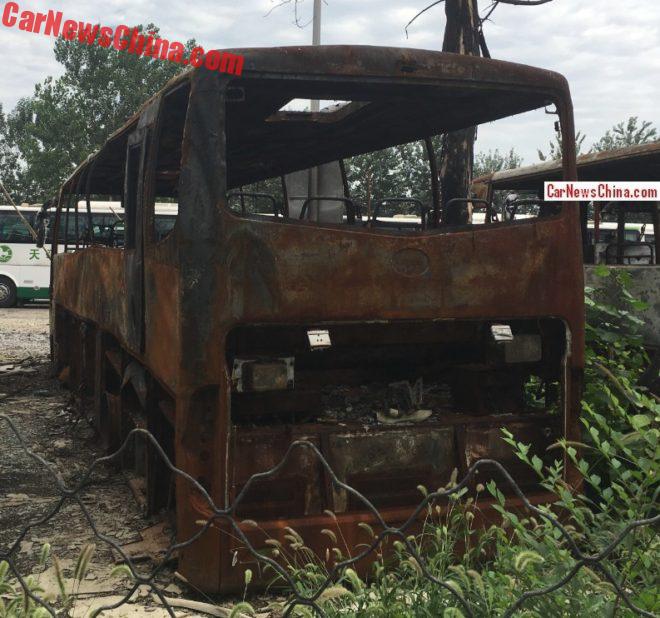 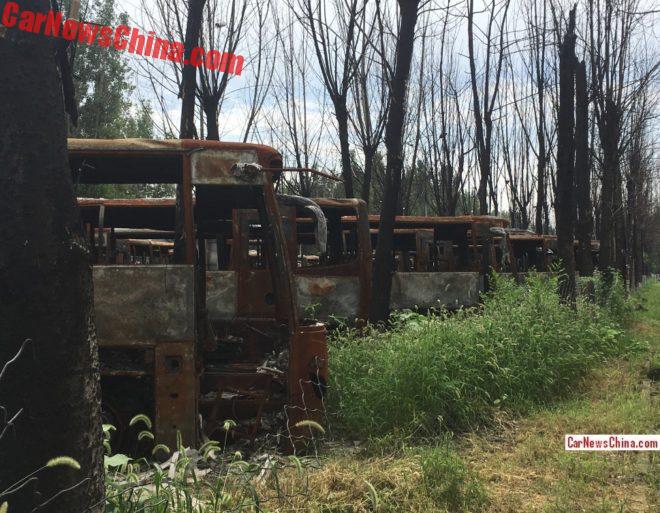 The burned out buses stand in a decidedly green environment. Sadly, the disaster must have hurt our mother nature. Fluids, all sorts of melted things, and melting paint went straight from bus into the earth. 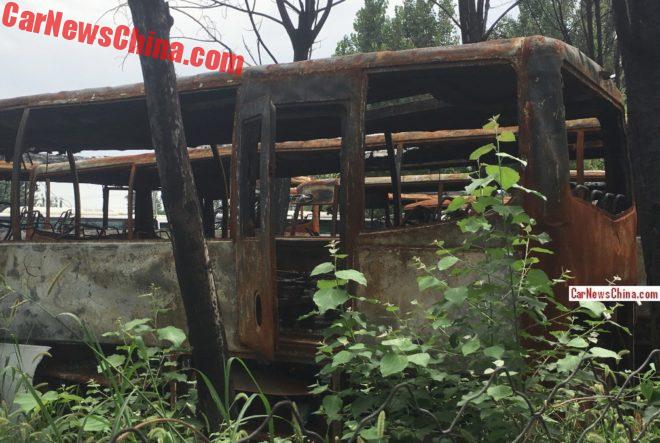 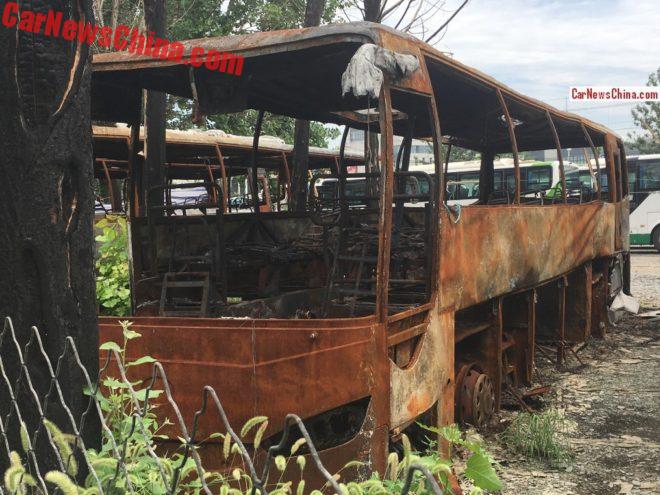 The headlights melted away. 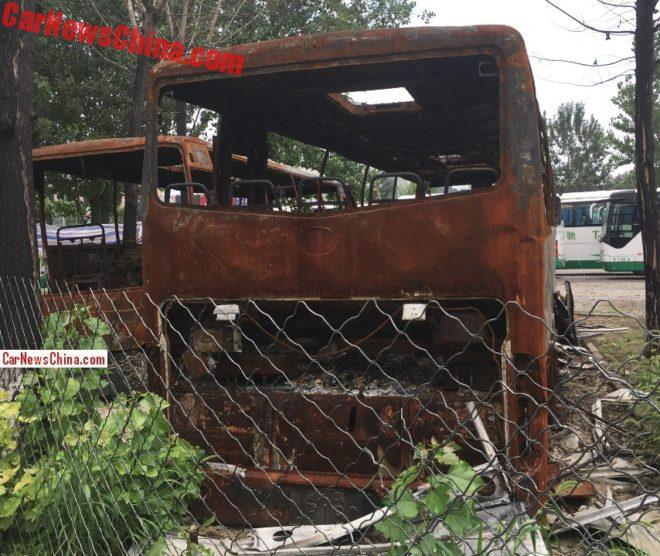 Engine covers were gone on the burned buses. 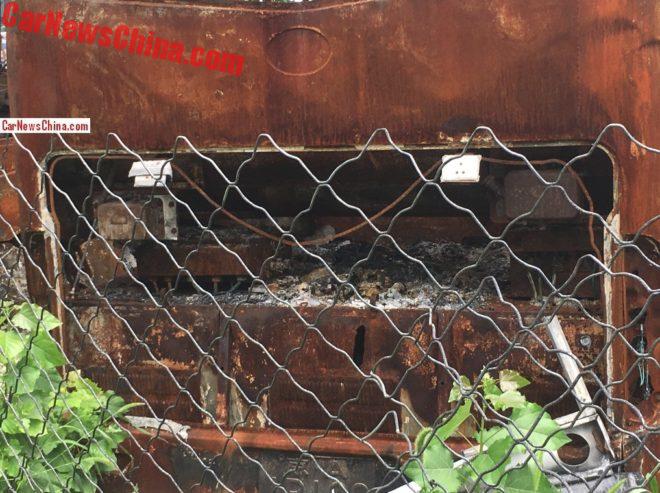 That was once an electric motor. 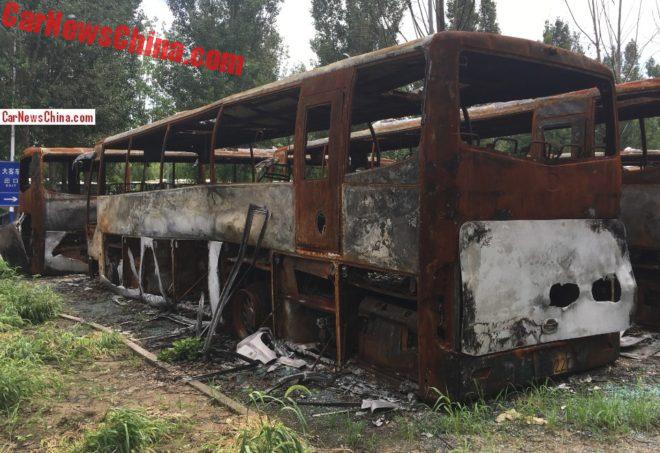 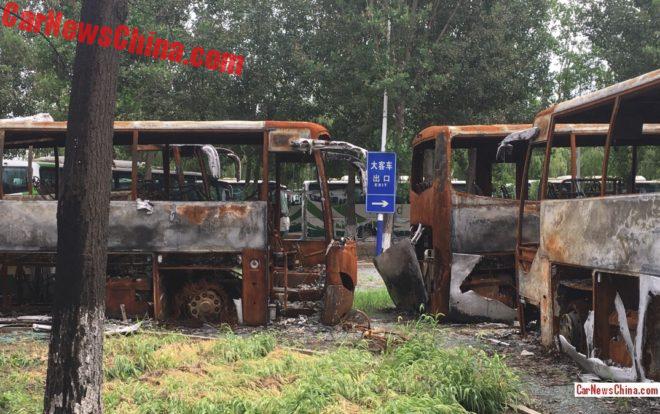 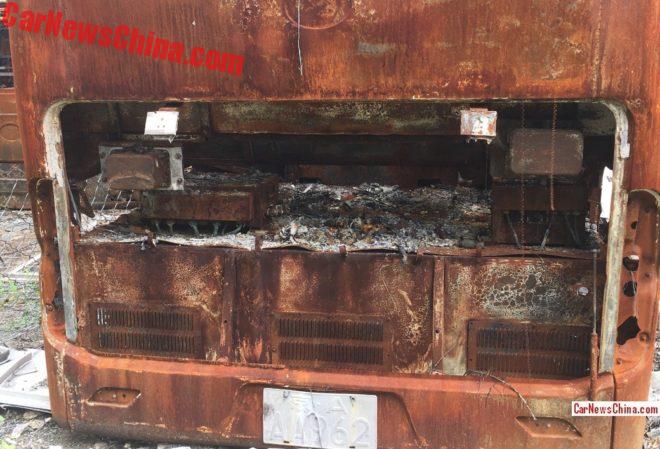 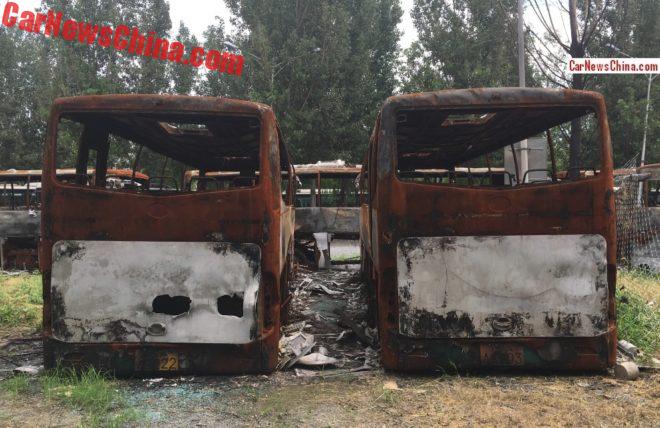 Some had the engine covers still on, or partially. I checked these, they felt like a heavy sort of plastic. 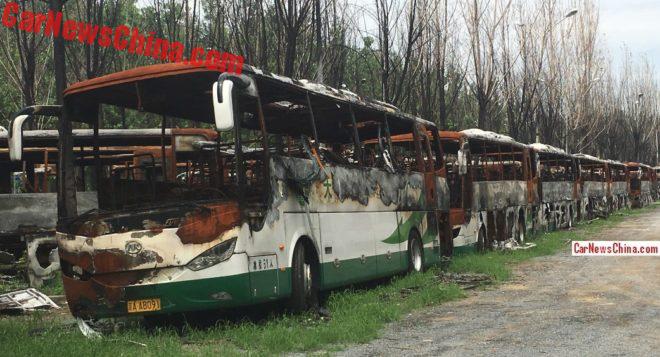 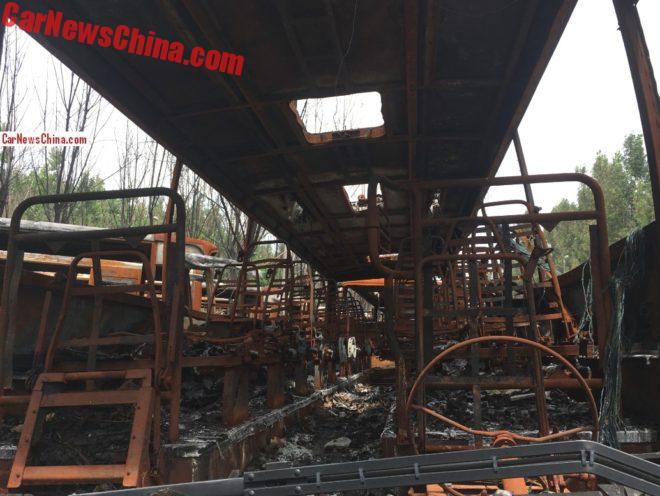 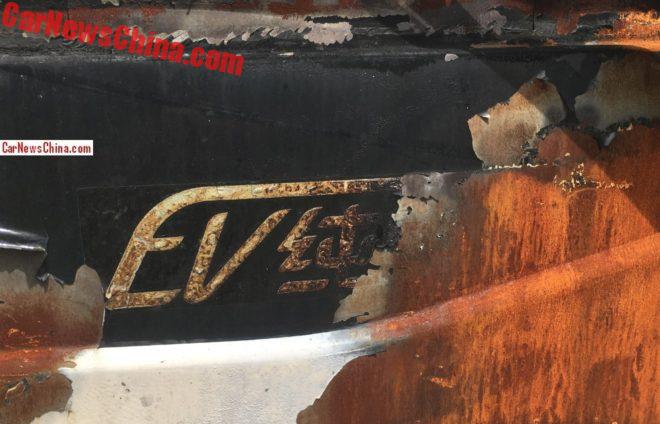 So what have learned from the Crab Island Inferno? Electric buses are of course a nice idea. Green and such and clean and so. But if they burn, they burn with FIRE.