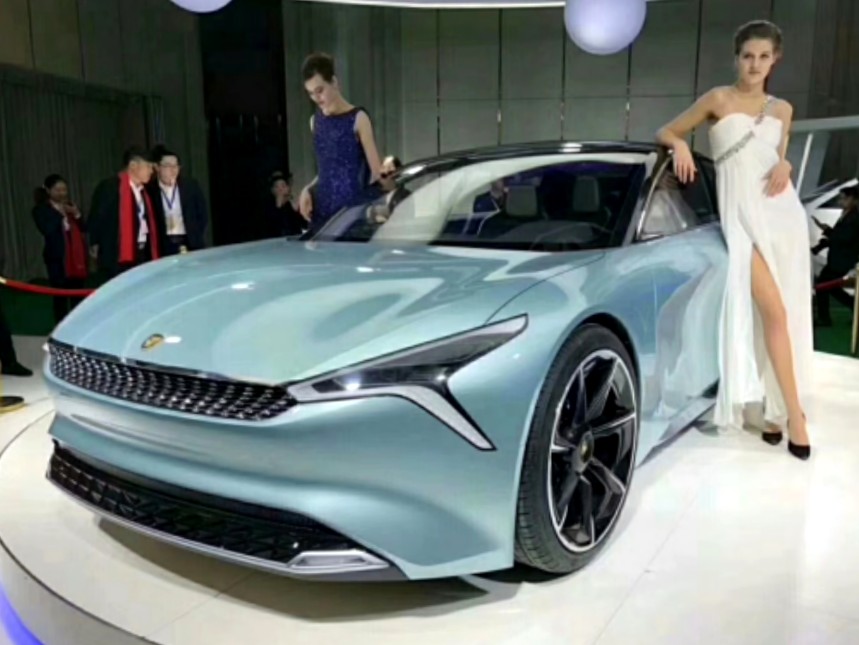 Another day and yet another new Chinese car brand: LvChi, best translated as ‘Green Carriage’. Chinese name is Lüchi. They will make only electric cars and want to have their first one on the market by mid-2019.

At the brand’s launching ceremony they unveiled a good looking concept car called the Urano.

LvChi has a logo showing a leopard’s head, and their website shows this ultra sleek image of a robotic animal.

They are headquartered in Shanghai with a design operation in Italy. The factory is under construction in Changchun city in Jilin Province. Initial annual capacity in mid-2019 will be 50.000 units, going up to 550.000 in 2023. 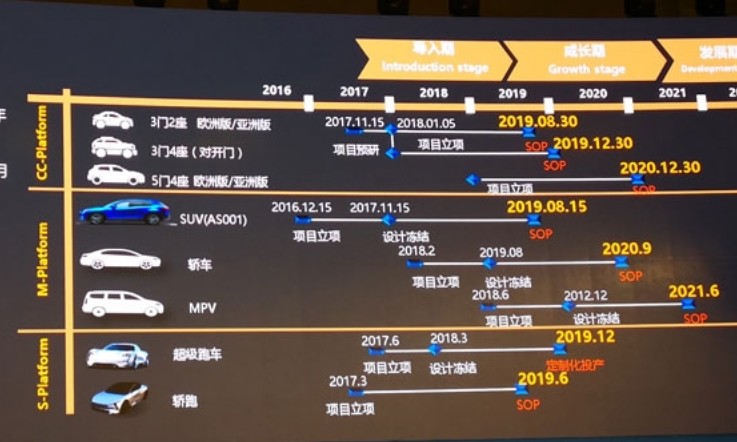 The company has big plans. They say they have developed three EV-platforms and that they will launch 8 cars until 2021. These cars include the production version of the Urano, a high-end sedan, an MPV, a mid-size sedan, two SUVs, and two smaller cars.

The production version of the Urano will be launched in mid-2019, followed by a mid-sized SUV, also in 2019.

The company showed a slide of the SUV during the ceremony. It looks great; modern and tech-ish, and original enough. Their English however need some work; what to make of “Thousands of ingenuity, ends its shape”?

Badly, they also have this photo on their website, showing a Jaguar F-Pace with a LvChi badge photo-shopped on the back. They didn’t bother to re-do the license plates. Who do they think they can fool with this crap? 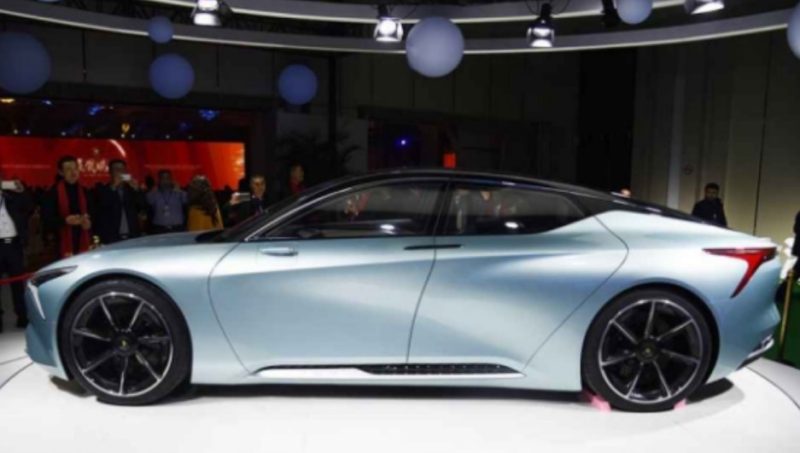 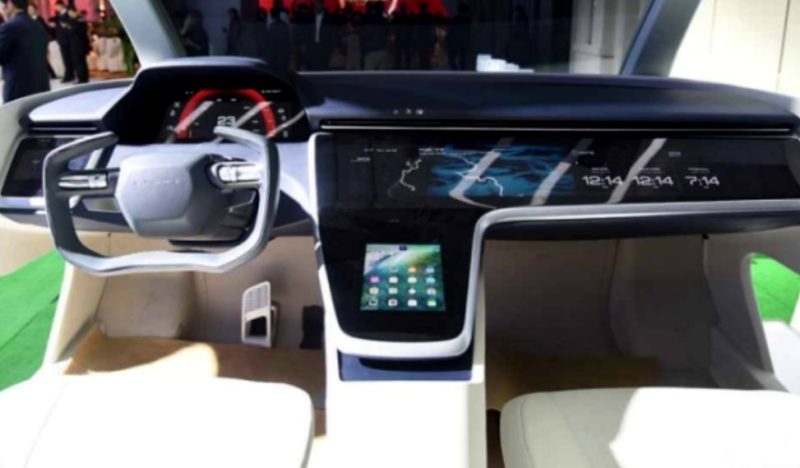 The dash comes with a sporty instrument panel and an enormous touch screen over the entire width, supplemented by pad-shaped touch screen in the middle. 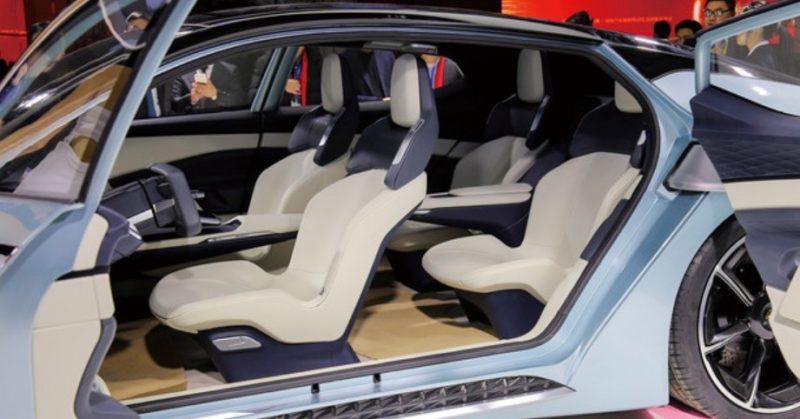 The concept is a four-seater with suicide doors. 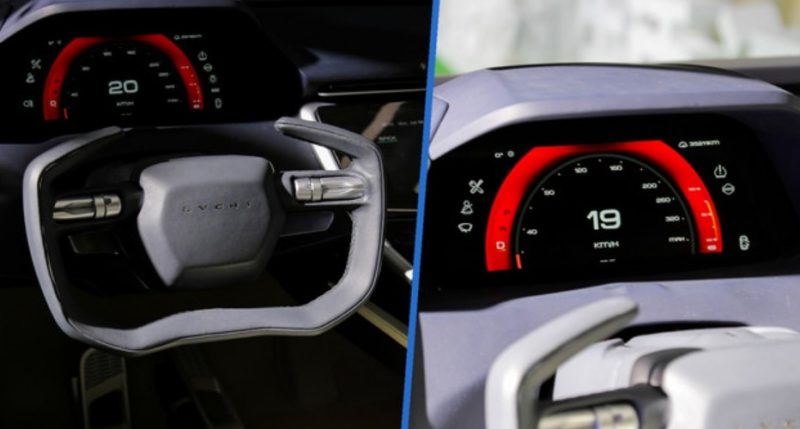 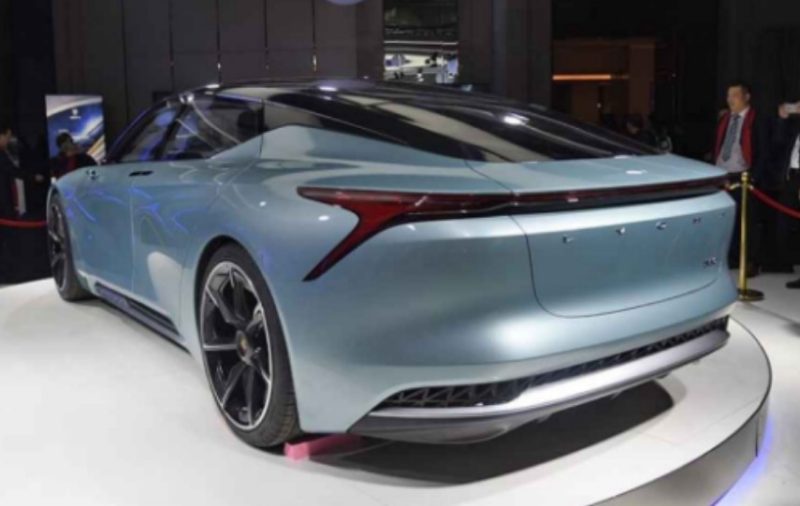 Rear is very wide but perhaps a tad too bland..? 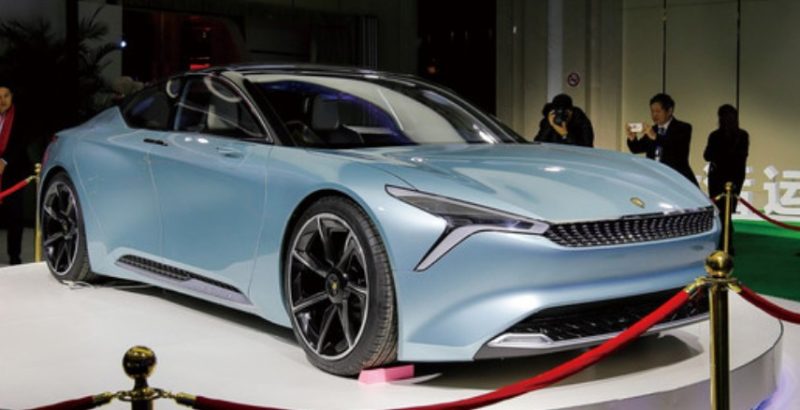 A beauty from up front.

It all sounds very promising but of course it is yet unsure if LvChi will ever bring a car to the market. They are serious enough but not much is known about their funding and about their technology, and they could do with a better English name. More on LvChi as it happens…