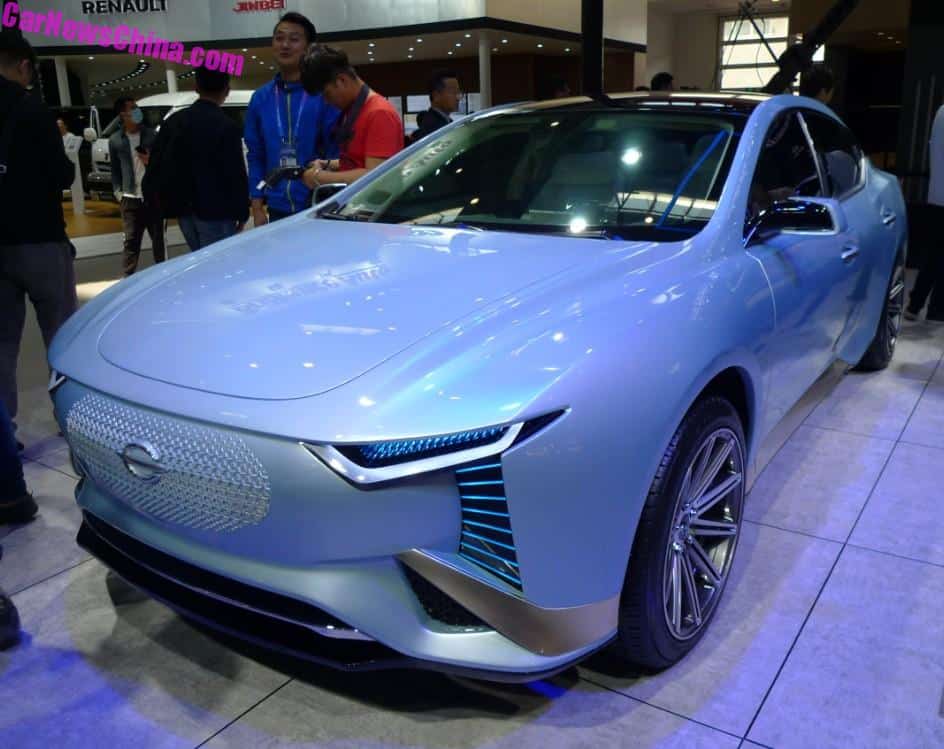 Welcome to Part 2 of our coverage of Day 2 of the 2018 Beijing Auto Show. Starting with Changjiang EV. The brand launched two years ago and this time they had three new concept cars. The first one was a nameless sedan that looked rather good, it had a range of 560 kilometers. The second one was a…

… totally crazy concept car with a giant screen covering the entire front area. If you crash, you better sit behind the lady than in the car. It didn’t have a name either, but Changjiang said it has a range of 1000 kilometers. 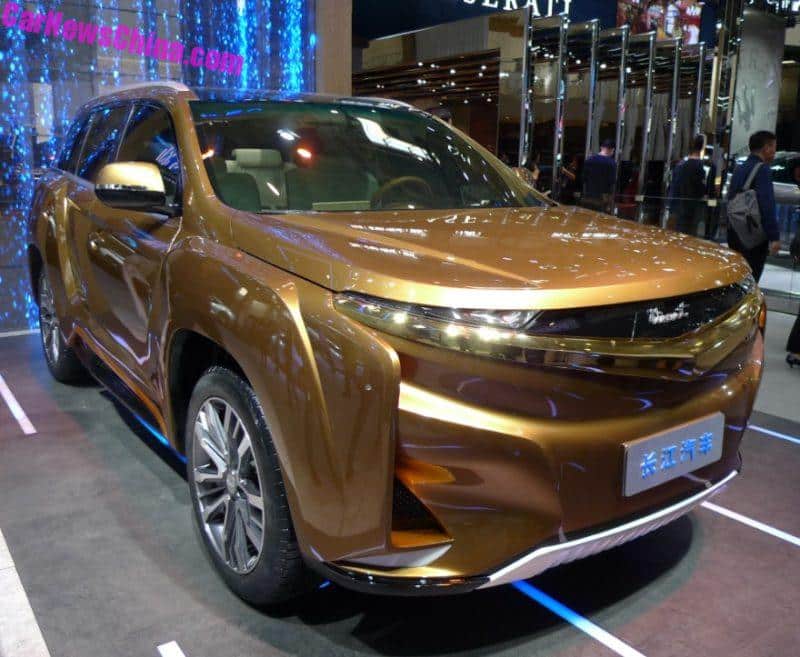 The SUV did have a name, it was called Vincent. It looked the most production ready of the trio. Changjiang said it was developed for young families, and that it had a range of 500 kilometers. Interesting company. They sure have the technology, as they have been building electric buses for ages. But they got some work to do in the design department… 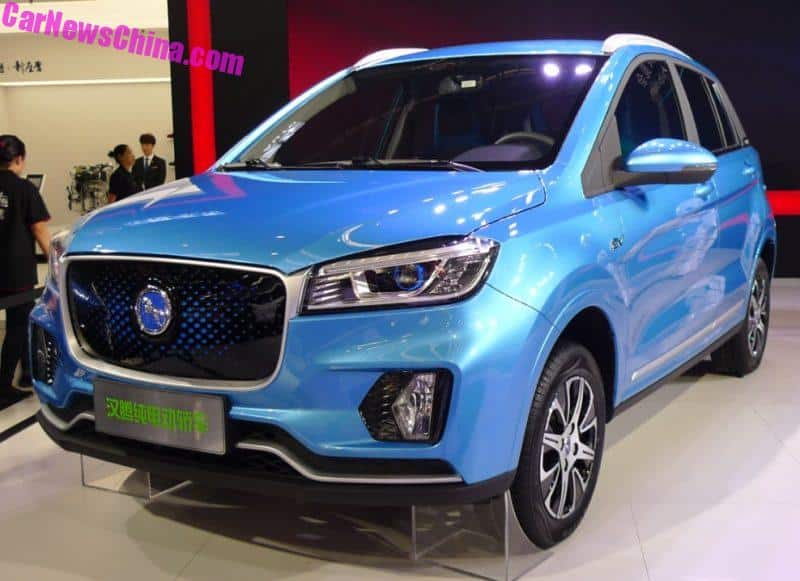 This is the Hanteng EV, a concept previewing an upcoming small crossover, complete with Jaguar grille. The new crossover will be called the Hanteng X3. It will be available in petrol and electric forms and launch later this year. The EV version will have 56 hp and a range of 400 kilometers, according to Hanteng. I go with the power but range seems a bit on the long side… 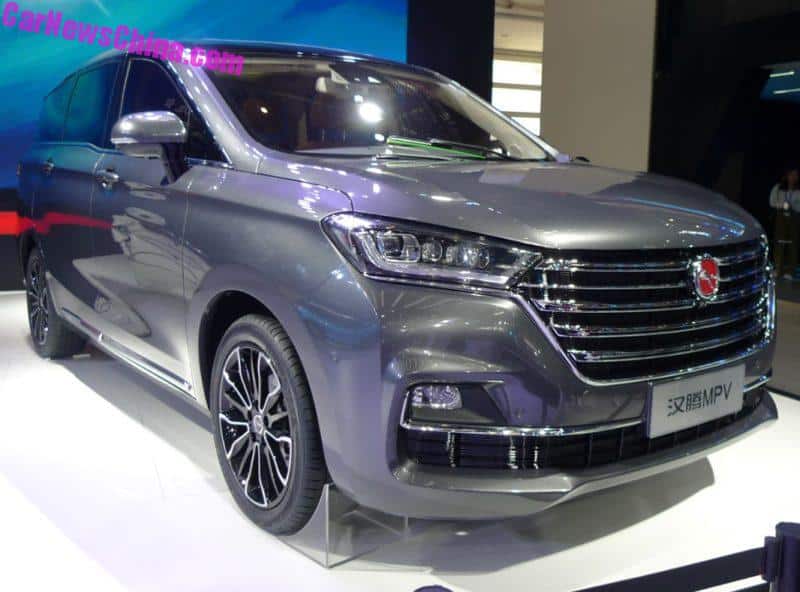 This is the all-new Hanteng MPV, the first MPV under the Hanteng brand. They said it was a near-production car, and it did indeed look mostly ready. The MPV will hit the market later this year, with a real name, and powered by a 1.5 turbocharged engine.

A short word about names: it is very common among Chinese automakers to call their concept cars simply what they are: MPV, EV, etc. Some car makers are more creative and call their concepts to their intended segment, like the XX A0, or ZZ B0.

This naming scheme usually continues right until the cars are actually launched on the market, it is at that moment when the real names are finally unveiled. 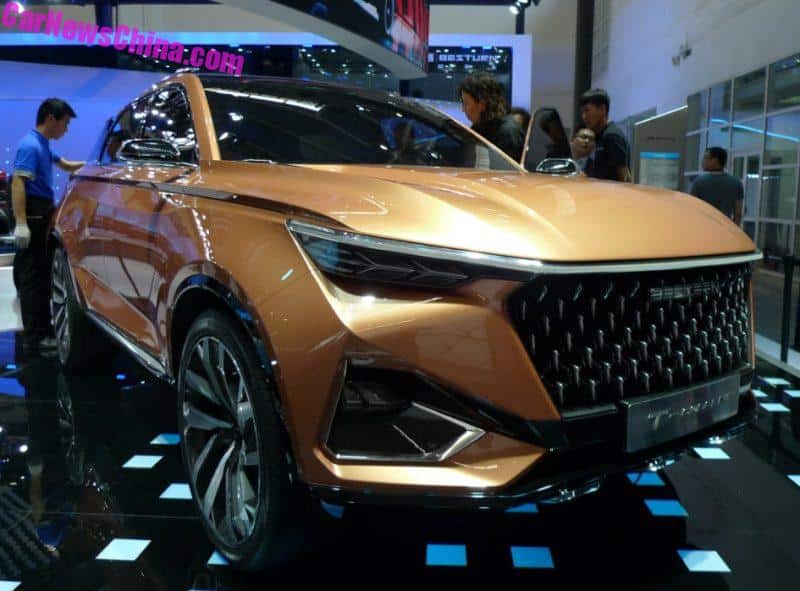 Moving on the FAW and they had a lot of news. This badass gold car is the T77, a concept previewing  a new crossover.

Oddly, it had Bestern badges fore and aft, while the brand is normally called Besturn. There were Besturn badges on the display next to the car. 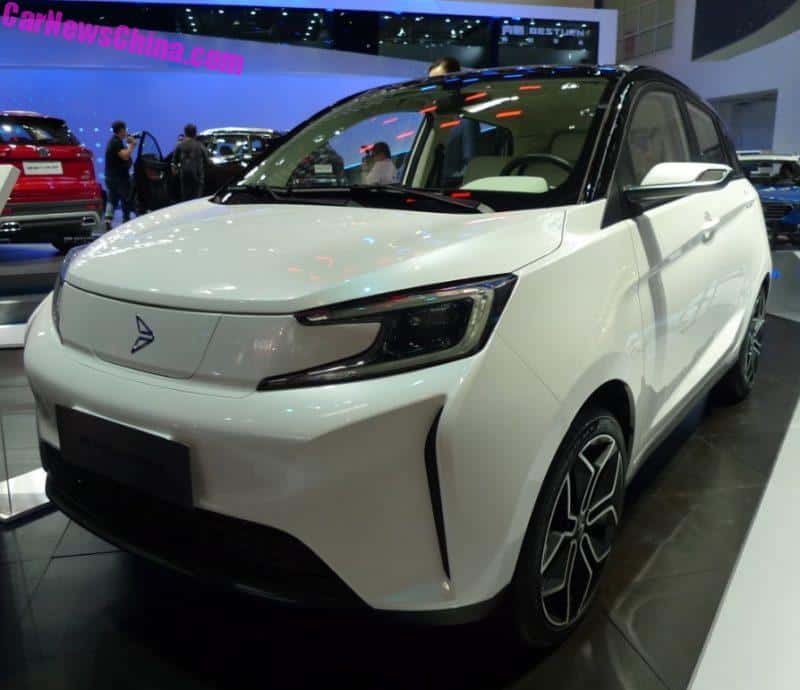 The super cool Sitech DEV1, a compact electric city car. Sitech is a new EV brand under FAW, with some input of internet companies. The DEV1 is their first car. It will be launched on the Chinese car market in Q3. Price will start around 100.000 yuan. SiTech claims a range of 350 kilometers. 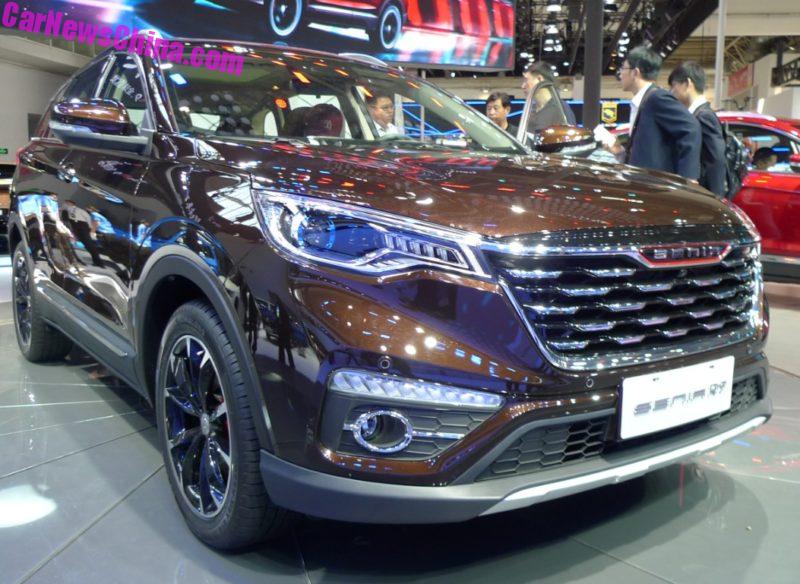 The Senia R9 is a new seven-seat SUV, great looking car with a massive grille and a Senia badge with a red rim. Senia is another brand under FAW. Senia is the English name, the Chinese name is 森雅, which pinyins to Senya.

FAW really has a thing with names. Chinese name Senya, English name Senia. Why do they bother..? Anyway, the R9 will hit the market later this week, powered by 1.2 and 1.5 turbocharged engines. 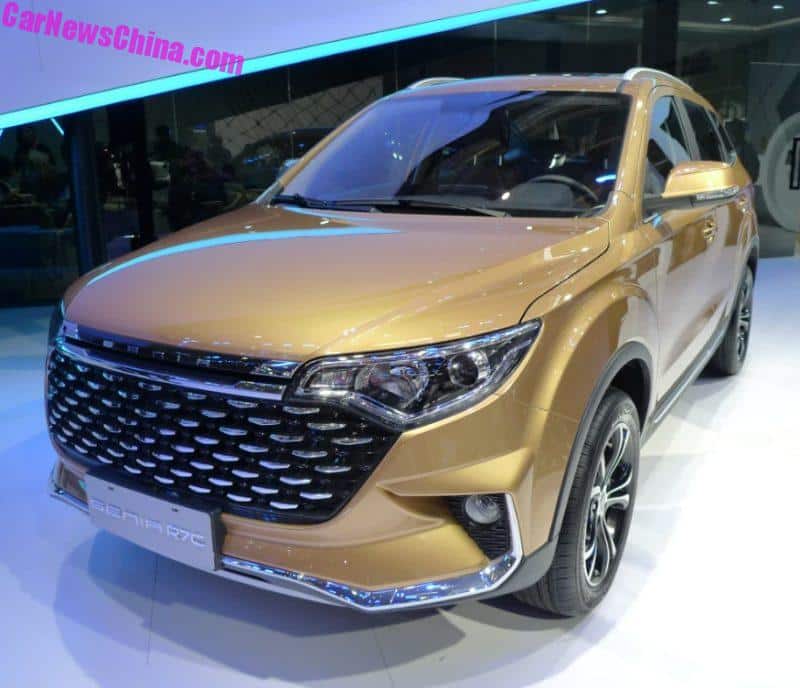 The Senya R7C is a high-end variant of the Senya R7, with a big ‘n shiny grille and a more luxurious interior. Will be launched in July. 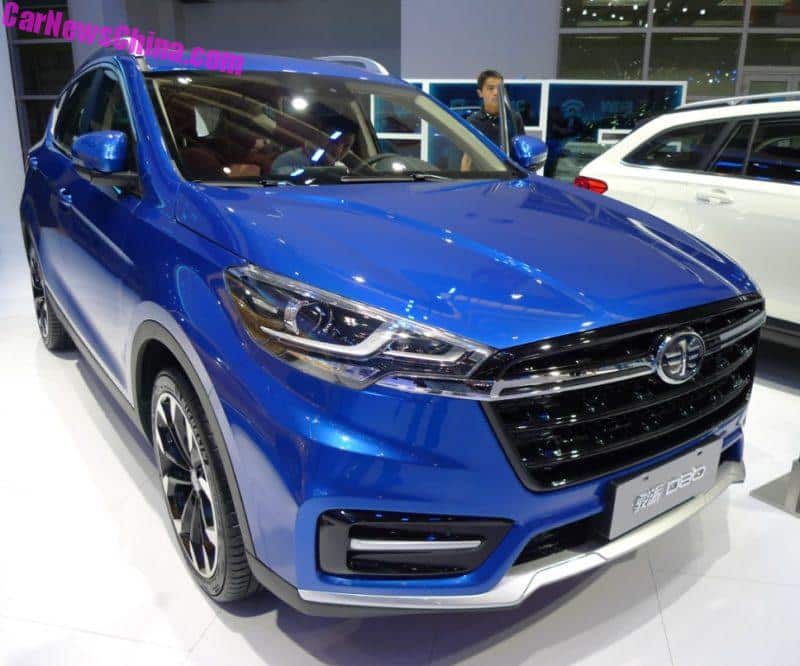 This is the new Junpai D80. Junpai is yet another brand under FAW. And here we go again: Junpai (骏派) is the Chinese name. The English name is.. Jumpal. Okay, they changed two letters this time. The D80 will launch in the third quarter, a surprisingly late since it looked completely ready. Power will come from a 1.2 turbo. 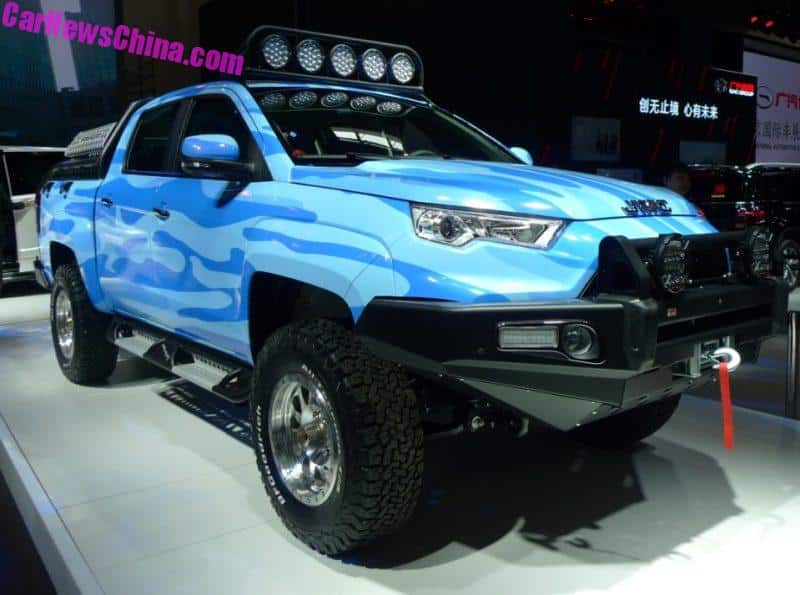 JMC had nothing really new except for this cool dressed-up version of their Tiger pickup truck. The Tiger is famous for its ‘Stormtrooper’ nose. The car on stage had a heavy off-road package with huge wheels, a winch, a big black bumper, and five massive search lights on the roof. 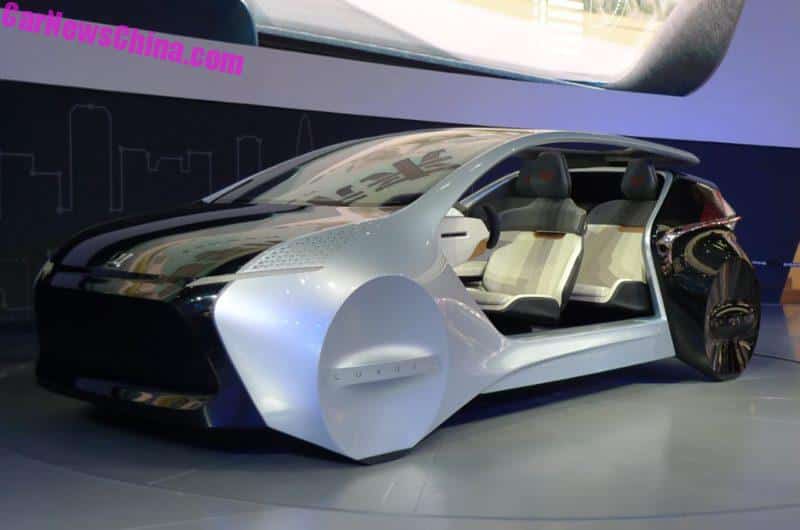 The Luxgen AI is a futuristic concept showing an autonomous vehicle fitted with artificial intelligence systems, hence the name. The systems enable the usual connections between man and machine, including a heartbeat monitor. It had a nice design, let down by the weird paint job.