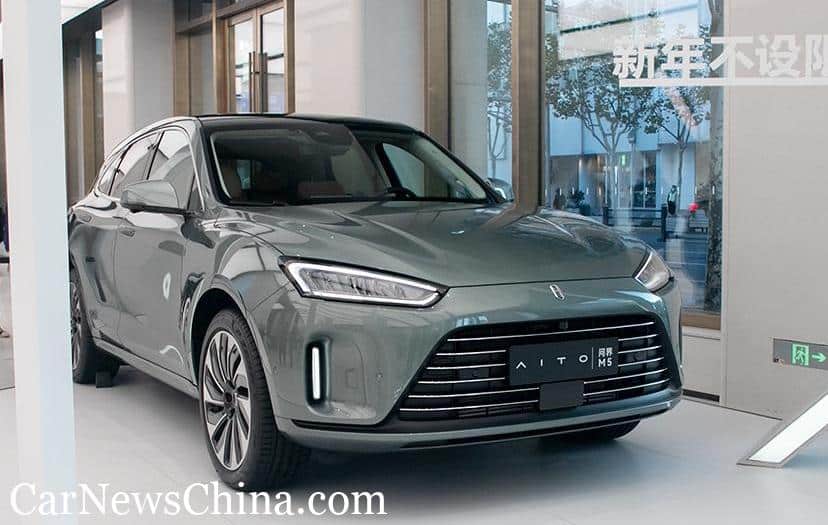 AITO is a high-end automobile brand jointly created by Huawei and Seres (Sokon). These two companies entered into a partnership earlier this year. In the beginning, Huawei sold the SF5 from Seres in their Huawei Stores. Afterward, the collaboration between them goes a step further, and they come up with a new car brand: AITO. Now we have its firstborn: the AITO M5.

But now it seems it’s not just rainbows and unicorns between Sokon (automaker behind Seres brand) and Huawei. The AITO 5 didn’t have one official launch but two. The first was held by Sokon on December 2 and the second on December 23 by Huawei at Huawei Winter Flagship New Product Launch Conference.

According to the 36kr report, Sokon recently reported the company is unhappy with being referred to only as a Huawei’s manufacture. Sokon opposes they are responsible for the entire car life cycle, including R&D, aftersales, and delivery. Huawei is responsible for sales and and smart features.

This is a typical strategy – Huawei sets up a vehicle’s brain and central nervous system, allowing metal benders like Sokon to focus on things as fundamental as design and mechanics. Then Huawei allows the car into its mighty sales channels. They already cooperate with Arcfox from BAIC this way. Their other partners are Xpeng and GAC. But it seems Sokon wants more credit for their work than just being called OEM.

The AITO M5 is Huawei’s first range-extender (EREV) EV using its HarmonyOS operating system. Range extender means it is a PHEV where the petrol engine’s only purpose is to charge the battery. The maximum range is 1200km according to Huawei. There will be three versions available and sold via Huawei stores.

Pre-sale prices after subsidies are mentioned below.

In terms of intelligent experience, the AITO M5 is equipped with the Huawei DriveONE electrical system and the HarmonyOS smart cockpit. Through ​​visual interaction area and customized UI design, the driver can step up most settings and information in one step.

The intelligent dock can automatically identify and analyze vehicle conditions and owner status.

Huawei will also launch its map service, comparable to Google maps. The map service is part of Huawei Harmony OS, and the AITO M5 is the first car to use this service.

He asked the team to manufacture this car following the million-dollar luxury vehicle’s interior, design, performance, and experience.

In terms of driving experience, the AITO M5 uses an all-aluminum alloy chassis, a double front wishbone, and a rear multi-link independent suspension.

By using double-layer laminated sound insulation glass, AITO M5 can control LASD liquid acoustic damping material on the floor, and silent tires, the noise inside the car at about 56.9 dB at a speed of 80 km/h.

In addition, the car will be equipped with P Zero tires from Pirelli and an iBooster intelligent braking system, with a braking distance of 35.97 meters.

AITO M5 seems a good buy for the money. However, Huawei also needs to be very cautious not to turn AITO into a disaster. The potential problem is Huawei is positioning itself as a Bosh-style supplier of technologies for EV automakers. But automakers don’t want their supplier to be also their competitor.

Thus, Huawei is making many bold claims they don’t want to become a car manufacturer, going so far that their CEO Xu Zhijun stepped in and said in April, “I’m tired of answering the question if Huawei will build cars.” And their suppliers seem to believe them so far.

Launching the AITO brand is getting dangerously close to a red line.