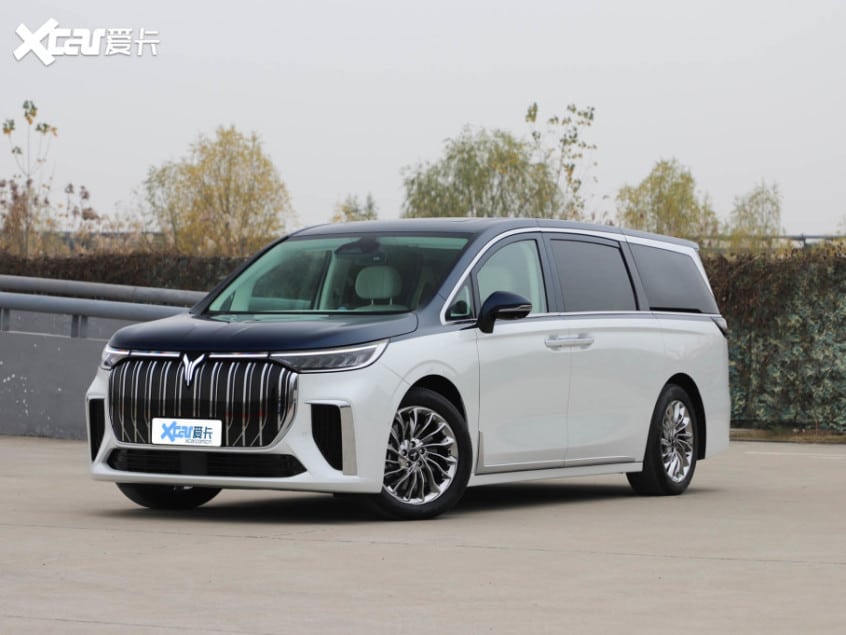 The Voyah Dreamer, launched in production form in Wuhan last night, looks set to be the fastest production MPV on sale with a 0-100kph time of just 5.9 seconds.

Anticipation for the Dreamer has been wild since the launch of the extravagant and luxurious concept in Guangzhou last year and the final production version stays close to the concept, on the outside at least.

As with most large MPVs, the front end is characterised by a mammoth grille and liberal use of chromework. Additionally, two-tone paintwork adds a layer of class, while the Dreamer appears to sit incredibly low to the ground.

Measuring 5315mm long, 1985mm wide, and 1820mm tall, the Dreamer is a big beast. A 3200mm wheelbase means there’s interior space for seven, with reclining captain’s chairs in the first two rows, and a bench for three in the back.

There’s even enough leftover space for four 24-inch suitcases with all seats up, enough for a comfortable weekend away.

Alternatively, you can specify your Dreamer in uber-luxury four-seater mode which Voyah are claiming to be akin to a mobile office.

Under the hood the Dreamer is available in both full battery electric and extended range EV (EREV) forms. EV versions utilise twin 160kW motors, one one each axle, which combine to produce 320kW and 620Nm enabling 0-100kph sprints in 5.9 seconds. That makes the Dreamer the fastest production MPV since the Mercedes-Benz AMG R63.

In EREV form, a 1.5-litre turbocharged engine recharges the battery, while twin motors with a slightly lower combined output of 290kW and 610Nm, get the Dreamer to 100kph one second slower at 6.9 seconds.

The full EV claims a range of 600km with the EREV coming in at 700km. Both versions are electronically-limited to 200kph top speed and weigh 2625kg and 2540kg respectively.

A choice of six exterior colours will be available, including the deep purple on the concept. Inside, the cabin can be specified in either light brown or cream.

The Dreamer will go head-to-head with the likes of upcoming premium electrified MPVs from Zeekr, Denza, and Hongqi.